Accessibility links
Should Figs Go The Way Of Apples And Become A Year-Round Fruit? : The Salt Two growers are competing to harvest fresh figs earlier and earlier in hopes of transforming the industry into year-round production. But some fig lovers say they want to hold out for summer fruit.

Should Figs Go The Way Of Apples And Become A Year-Round Fruit?

Should Figs Go The Way Of Apples And Become A Year-Round Fruit? 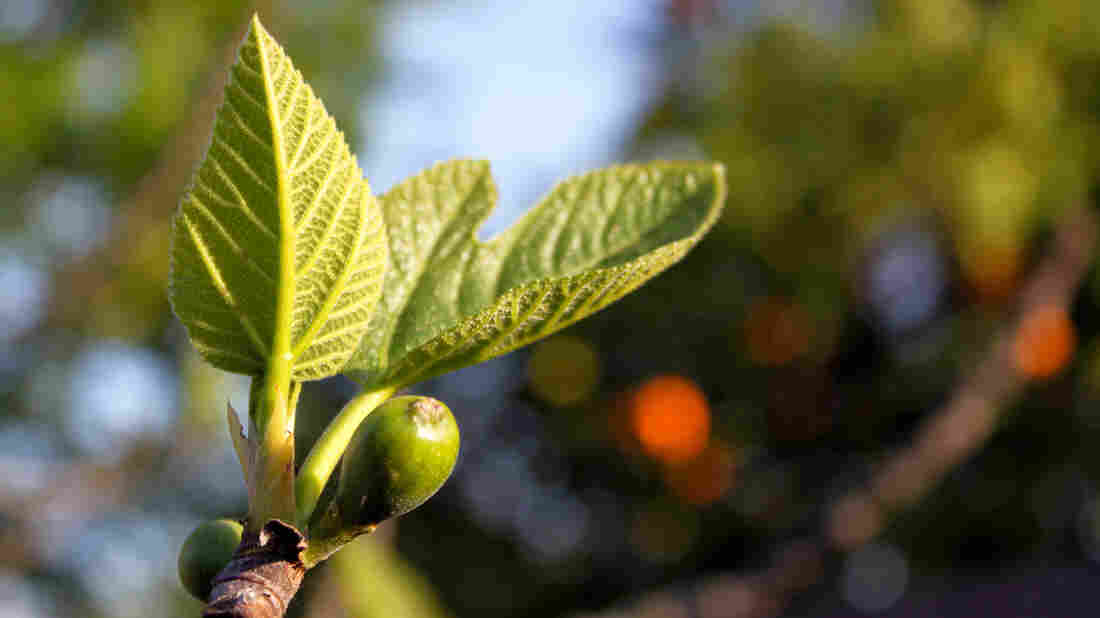 Over 90 percent of American figs are grown in California. Two growers there are trying to coax the fruit into ripeness nine months of the year and maybe more. anujd89/Flickr hide caption 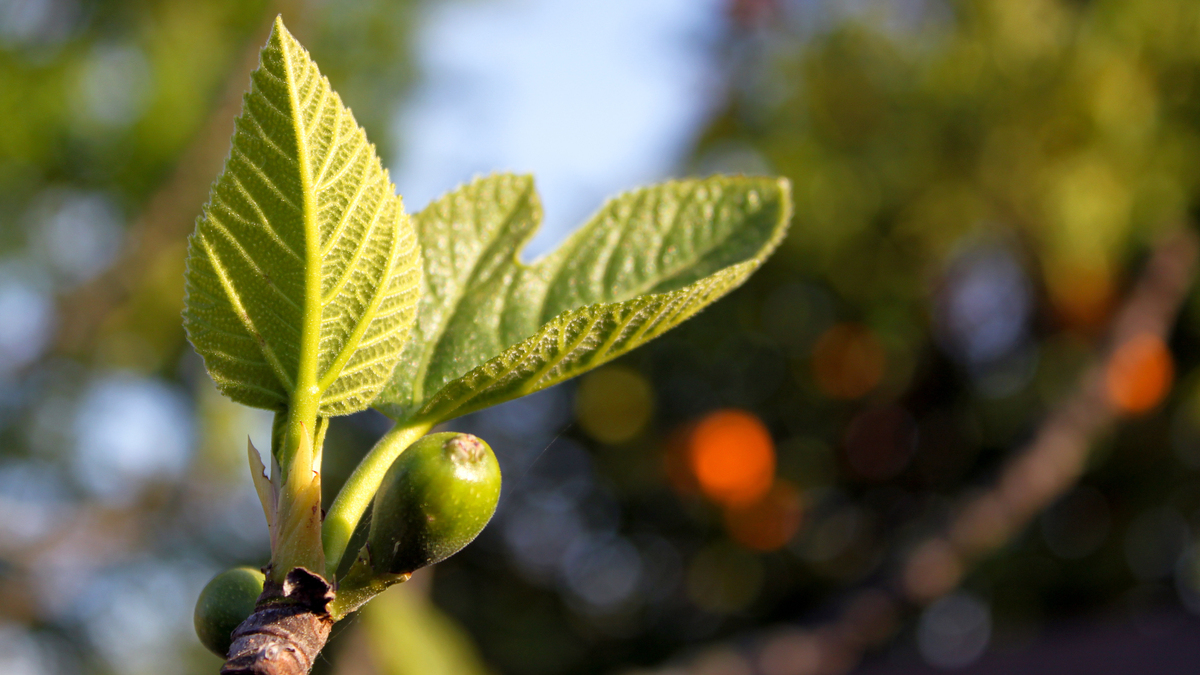 Over 90 percent of American figs are grown in California. Two growers there are trying to coax the fruit into ripeness nine months of the year and maybe more.

True fig lovers are well-practiced in the art of patience. We watch the calendar, dreaming of summer and the fruit's silky, sappy flesh. The season lasts through June and July, with another crop from August to October. And then we're back to almost eight months of oranges, apples and, if we must, Fig Newtons.

But these figless days may be coming to an end.

Farmers in California, where more than 90 percent of American figs are grown, are locked in a tight race to do what has never been done before: produce ripe, fresh figs during the cooler months, when the trees typically shut down and shed their leaves.

"It's been a dream of mine to make figs more like strawberries, to grow them as close as possible to year-round," says fig famer Kevin Herman, owner of The Specialty Crop Company. It doesn't hurt that he can charge triple for the first figs of the year. 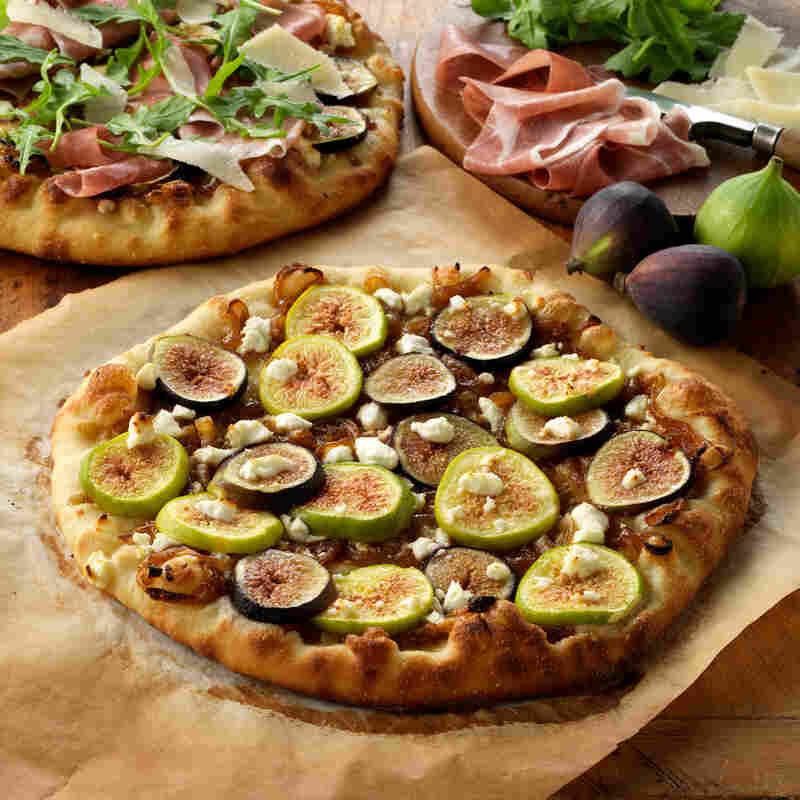 Mouth watering yet? As of now, you can only get a pizza like this in the summer and fall. Farmers in California are trying to change that by growing figs at least from April through February. Courtesy of California Fresh Fig Growers Association hide caption 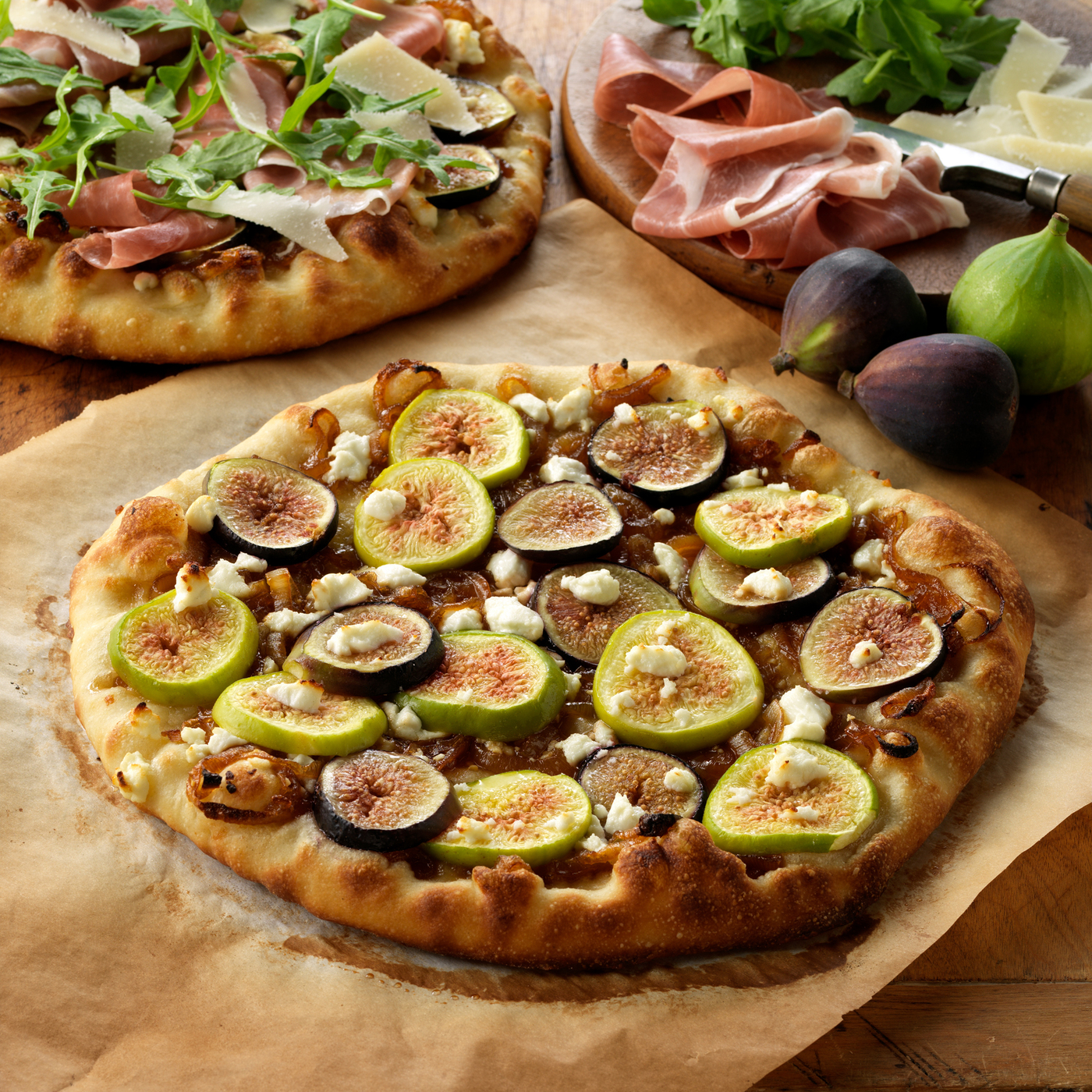 Mouth watering yet? As of now, you can only get a pizza like this in the summer and fall. Farmers in California are trying to change that by growing figs at least from April through February.

Herman's company is based in Madera in the San Joaquin Valley — the heart of the state's fig industry. But Herman also now grows figs in the perennially balmy Imperial Valley, near the Mexican border. There, he is finding that figs can be coaxed into ripeness nine months of the year — and maybe more. The unique climate — warm through the winter — helps, but Herman is pushing the trees to their physiological limits by experimenting with pruning, fertilizing and irrigation schedules.

And it's working. Since planting his trees seven years ago, Herman has inched closer to the goal of the year-round fig, extending his season by a few more days each year. In 2013, Herman harvested figs almost into February — his latest harvest ever — and resumed on May 7. This year, thanks to extra dry and extra warm weather, he began harvesting his first "summer" figs on April 23.

A record? Not quite. It turns out a competing grower in the same valley beat him to the April harvest, picking his first figs the day before.

Fruit packer George Kragie, owner of Western Fresh Marketing of Madera, is selling those April 22 figs, and says they're the earliest of his career in fruit packing. Kragie declined to identify the farmer growing the fruit (to protect his business), but he tells The Salt the figs went to a small Southern California fruit stand, where they are selling for about $7 for a half-pound package.

Some growers use an industry trick to help them get their figs to market before anyone else: They dab a little olive oil on the underside of their half-ripe fruit to make the figs swell up and turn black. They don't grow any sweeter, but they appear ripe, which is enough to sell them to wholesalers. Herman says he was about to start swabbing oil on his Imperial Valley figs when, early this week, "they started ripening on their own almost overnight."

While Kragie and Herman are competitors, they do share a long-term vision: getting fresh figs on the shelves all year.

"I'd like to keep people thinking about figs at all times, not just in the summer," Kragie says.

Herman believes year-round production can be achieved in California — though he says he has considered planting orchards in Mexico, where February-through-April production may be a likelier bet.

Kragie, however, says he and his farmer have experimented with a variety of growing methods, including hydroponic, soil-less systems in greenhouses. But nothing has worked, he says, in bridging the figless wintertime gap. He doubts that California fig trees will ever produce fruit in February or March.

Perfection Is A Fresh Fig

That's why Kragie recently resorted to importing figs from Chile, where the harvesting season runs opposite to California's, peaking in February and March.

Until 2011, fresh figs were tough to import into the U.S. for commercial sale because of growers' concerns about introducing mites that would damage California's orchards. Kragie says he managed to bring in Chilean fruit by getting a permit and proving the fruit has been fumigated heavily with methyl bromide, which kills the pest.

Herman believes the imported Chilean figs could mess up the game plan just a bit. He has tried these figs, he says, and he wasn't impressed with their stiff, dry texture and flat taste. His concern is that such fruit will tarnish the reputation of all figs — even those grown in California.

Fig farmer Richard DeBenedetto, based near Fresno, has the same fear.

"The Chilean figs have been pretty lousy," he tells The Salt. "They've been inferior, and that tends to impact everyone in the industry. It sucks down the prices of all the figs, even our high-quality ones."

But even as year-round fresh figs get closer to reality, not all fig lovers are thrilled. Sondra Bernstein, owner of The Girl and the Fig restaurant in Sonoma, Calif., says figs are her favorite fruit of the summer — and eating them in the winter and spring wouldn't be the same.

"If figs become available all the time, you'd lose the romantic part of waiting for the season and watching your tree as the fruits get bigger and start ripening throughout the summer," Bernstein says.

Already, many fruits that were once seasonal specialties — like grapes, cherries, peaches and oranges — have become available year-round, thanks to global transport, development of early- and late-ripening varieties and better greenhouses. Long-term refrigerated storage, too, can now keep fruits like apples in good condition for almost a year.

"We've become so spoiled by having these fruits all the time," says Louise Ferguson, a tree fruit specialist with the University of California. Figs, she observes, were until recently among the very last seasonally available fruits, along with persimmons and pomegranates. "Now, it seems figs might become just another crop we expect to have year-round."

If you decide you need to try one of the early figs, it'll cost you. Herman's Imperial Valley figs retail at more than $10 a pound, and Kragie's early figs are going for as much as $15 a pound at the fruit stand. (Compare that to most summertime figs, which sell for $3 or $4 a pound.)

Worth the price? Not to Bernstein.

"I might want a fig more than anything in May, but even if they're from California ... I'm not going to pay for them," she says. "I can wait."