Accessibility links
Got Gas? It Could Mean You've Got Healthy Gut Microbes : The Salt Passing gas, in some instances, may be a sign that you're kicking your gut microbes into action. And that means they can help keep you healthy, says one scientist. 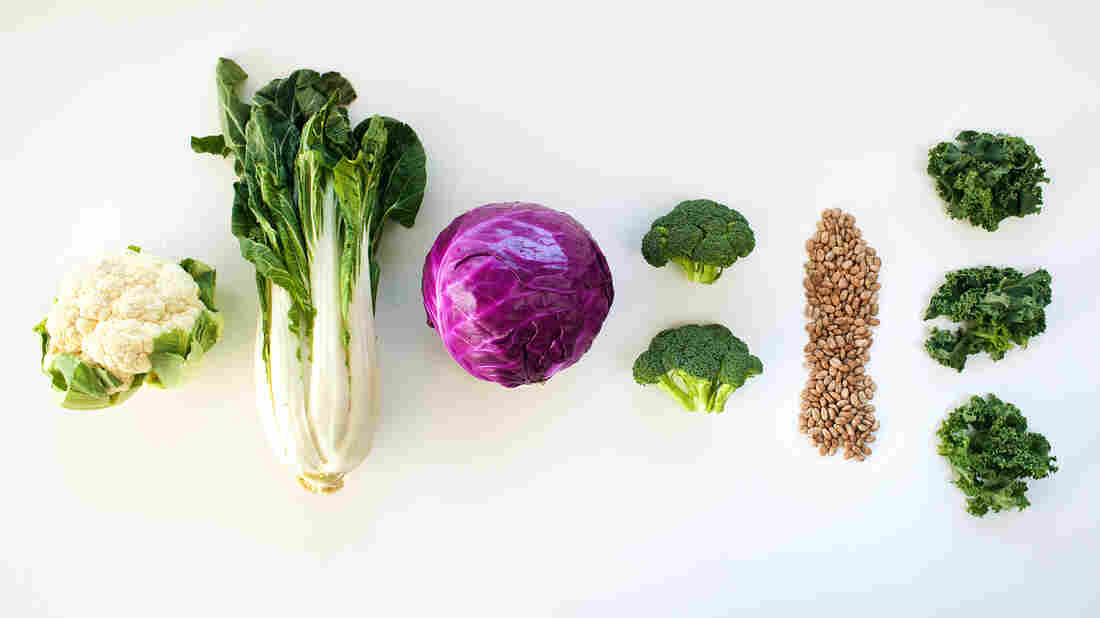 Sulfur-rich foods, such as cabbage, bok choy and kale, can be popular with gut bacteria. And we all know how much the critters enjoy beans. Meg Vogel/NPR hide caption 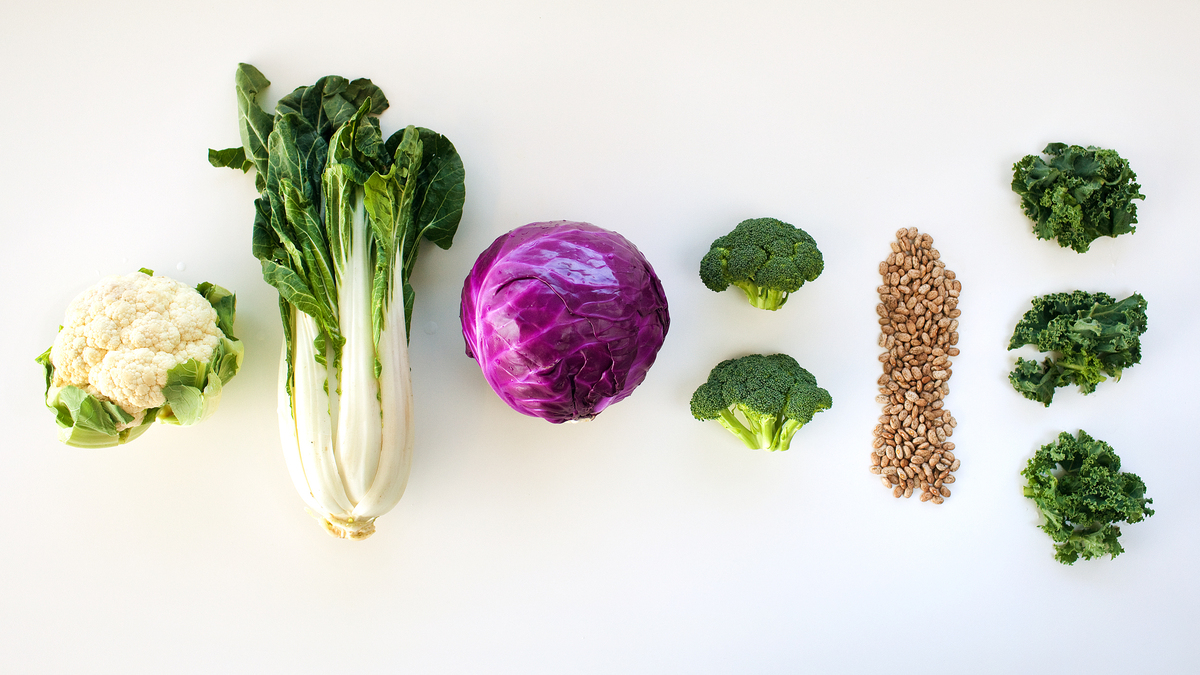 Sulfur-rich foods, such as cabbage, bok choy and kale, can be popular with gut bacteria. And we all know how much the critters enjoy beans.

Not long ago, we heard about a catchy idea for a cookbook: "Fart-free food for everybody."

In theory, these recipes would be helpful for some people — and those in their vicinity.

But being a bit gassy may actually be a small price to pay for a lot of benefits to our health.

We know that air often comes after eating nutrient-packed vegetables, such as cabbage, kale and broccoli. And researchers have found that fiber-rich foods, like beans and lentils, boost the levels of beneficial gut bacteria after only a few days, as we reported in December.

So all this got us wondering: Could passing gas, in some instances, be a sign that our gut microbes are busy keeping us healthy?

Absolutely, says Purna Kashyap, a gastroenterologist at the Mayo Clinic in Rochester, Minn.

"Eating foods that cause gas is the only way for the microbes in the gut to get nutrients," he says. "If we didn't feed them carbohydrates, it would be harder for them to live in our gut."

And we need to keep these colon-dwelling critters content, Kashyap says. When they gobble up food — and create gas — they also make molecules that boost the immune system, protect the lining of the intestine and prevent infections.

"A healthy individual can have up to 18 flatulences per day and be perfectly normal," he adds.

Gas gets into the digestive tract primarily through two routes: Swallowing air (which we all do when we eat and chew gum) and your microbiome. That's the collection of organisms in the GI tract that scientists and doctors are currently all fired up about. (Check our colleague Rob Stein's recent series on it.)

That microbiome includes hundreds of different bacteria. But there are also organisms from another kingdom shacking up with them: the archaea.

All these microbes are gas-making fools. They eat up unused food in your large intestine, like fiber and other carbohydrates we don't digest, and churn out a bunch of gases as waste.

But that's not all they make. They also produce a slew of molecules (called short chain fatty acids) that may promote the growth of other beneficial bacteria and archaea.

And the more fiber you feed these friendly inhabitants, the more types of species appear, studies have found. This bump in microbial diversity has been linked to a slimmer waistline.

Most gas made by the microbiome is odorless. It's simply carbon dioxide, hydrogen or methane. But sometimes a little sulfur slips in there.

"That's when it gets smelly," Kashyap says.

But here's the hitch: Many of the smelly sulfur compounds in vegetables have healthful properties.

Take for instance, the broccoli, mustard and cabbage family. These Brassica vegetables are packed with a sulfur compound, called sulforaphane, that is strongly associated with a reduced risk of cancer.

Another possible benefit of a little smelly gas? It may reduce the total volume of air in the gut, Kashyap says.

Why? Because bacteria and archaea make the sulfur gas from other gases in the gut, like hydrogen.

"Bacteria that make sulfide gas are really important," Kashyap says. "They can cause smelliness, but they can reduce the total amount of gas flow."

Of course, having too much of anything can be bad. If gas and bloating start interfering with your quality of life, Kashayps recommends seeing a doctor.

In many cases, people who complain about too much gas actually don't generate more than others, he says. Instead, they perceive the passing more intensely. Or they pass it more often.

"Yes, a more fiber-rich diet will produce more gas," Kashyap adds. "But completely eliminating fiber from the diet should not be the first option. You don't want to starve your microbes."

So go ahead. Enjoy those lentils. Chow down on the cabbage. Then if you stink a little, think of it as a thank you gesture from your microbiome.