Accessibility links
In This Turkish Town, Liver (And Olive Oil Wrestling) Are King : The Salt Spring in Edirne means the annual Liver Festival, where locals feast on the fried livers of lambs that grazed on nearby plains. It's just the thing to get you through a long day of oil wrestling.

In This Turkish Town, Liver (And Olive Oil Wrestling) Are King

In This Turkish Town, Liver (And Olive Oil Wrestling) Are King 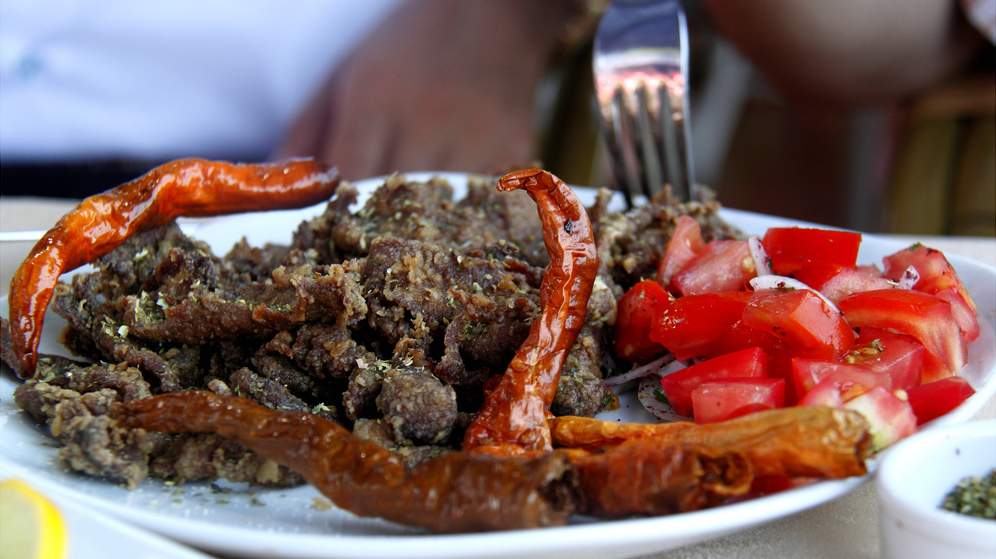 If we mention the northwestern Turkish city of Edirne, tucked up near the borders with Greece and Bulgaria, you may think, "Oh brother, not another story about olive oil wrestling."

Yes, it's true that each summer for the last 650 or so years Edirne has hosted the Kirkpinar Olive Oil Wrestling Festival, in which half-naked men slathered in fragrant oil grapple in the grass. It's activity that's even recognized as a UNESCO Heritage Event.

But we're actually here today to discuss liver. Fried liver. And the city that loves it above all other foods.

This may not be the gustatory delight at the top of your list for a daylong celebration ("C'mon kids, It's liver fest time!"). 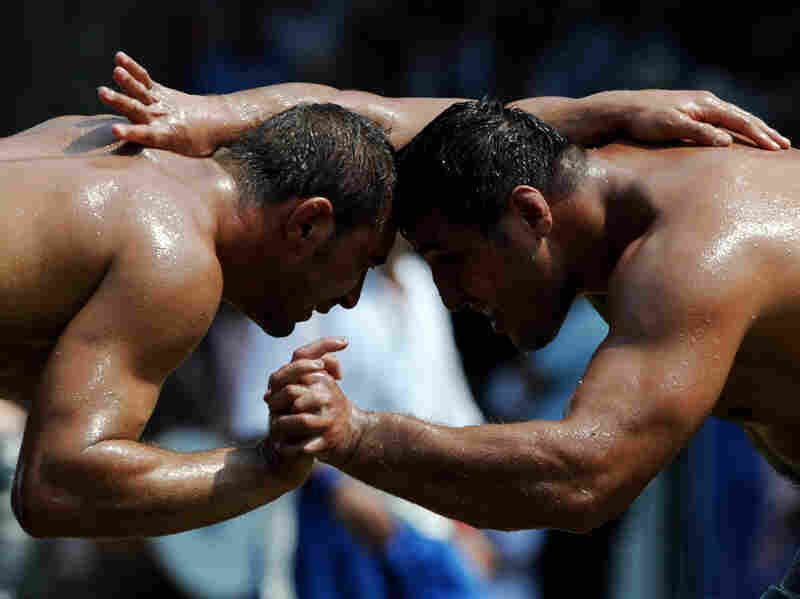 But in Edirne, liver is king. There are entire restaurants, known as cigercisi, devoted to the organ. Indeed, in some parts of town, it takes some searching to find a restaurant that serves anything else.

This wasn't always Edirne's claim to fame. For centuries, the city was a major European trading hub, an early Ottoman Empire capital and arguably one of the most fought-over areas in the world.

But these days, spring in Edirne means the annual Liver Festival. Roma bands provide the music, and an array of stalls lines the main street, plating up samples of the dish that the city is known for throughout Turkey.

The liver in question should come from lambs that have been grazing in the nearby Thracian plains. It's carefully and very thinly sliced, the strips dusted with flour, salt and pepper and lightly fried. It's served in a mound surrounded by several garnishes: fresh sliced onion mixed with parsley; the tart, dark red spice known as sumac; peppers and tomatoes.

In short, it's a meal that to Edirnites is the bee's knees.

With their peppery liver, Turks drink a cool glass of ayran, a salty yogurt drink sometimes called Turkish buttermilk, although an Efes Pilsener has also been known to appear on the table from time to time.

In America, liver regularly finishes at or near the top of surveys ranking the country's most hated foods. But we should take comfort in knowing there's still a place in the world where liver is not only tolerated but revered. And as locals will tell you, it's just the thing to get you through a long day of oil wrestling.