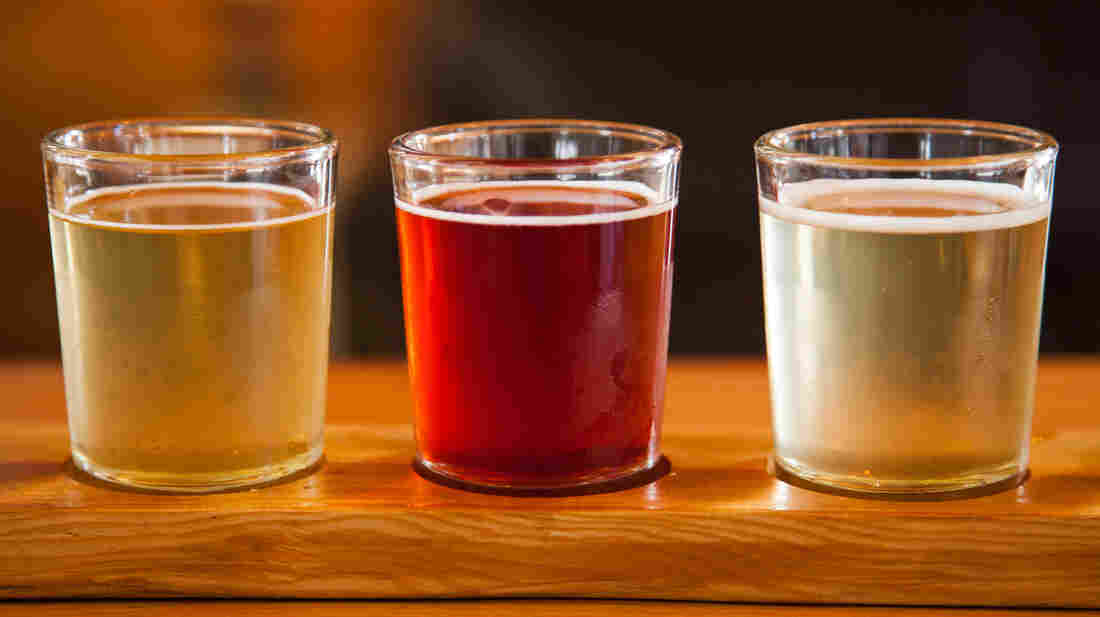 For centuries, hard apple cider has been made with the fermented juice of apples — nothing more, nothing less. And a lot of cider drinkers and makers — let's call them purists — like it that way.

But a new wave of renegade cider makers in America is shirking tradition and adding unusual ingredients to the fermentation tank — from chocolate and tropical fruit juices to herbs, chili peppers and unusual yeasts. Their aim — which is controversial among the purists — is to bring out the best, or just the weirdest, flavors in the ciders.

The craze originated in the Pacific Northwest, where craft beers made with similar whimsy are already wildly popular. But these ciders are hitting the road at Cider Summit tasting events; we joined the most recent one, in Berkeley, Calif., on Saturday.

Tinkering with funky flavors is fun, of course. But there's another reason that so many American cider makers are looking beyond the apple: The apples here aren't very good — at least not for making cider.

Few farmers in the U.S. grow the "bittersweet" and "bittersharp" varieties historically favored in Europe, which has a much richer tradition of cider-making than America. As a result, many U.S. craft cider producers are making do with apples meant for eating — like Golden Delicious, Fuji, Pink Lady and Gala. These apples, while sweet and crunchy, make poor cider — dull in flavor and bite, with little structure behind the alcohol, cider makers say. 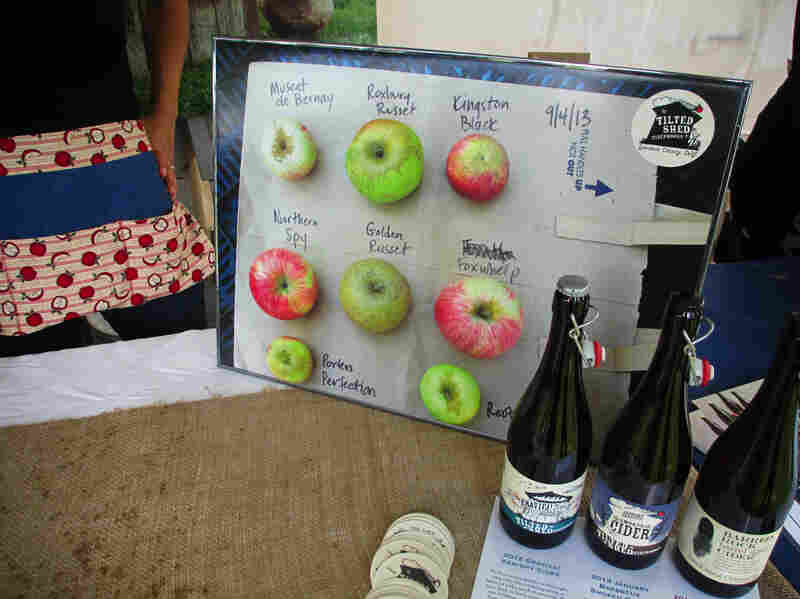 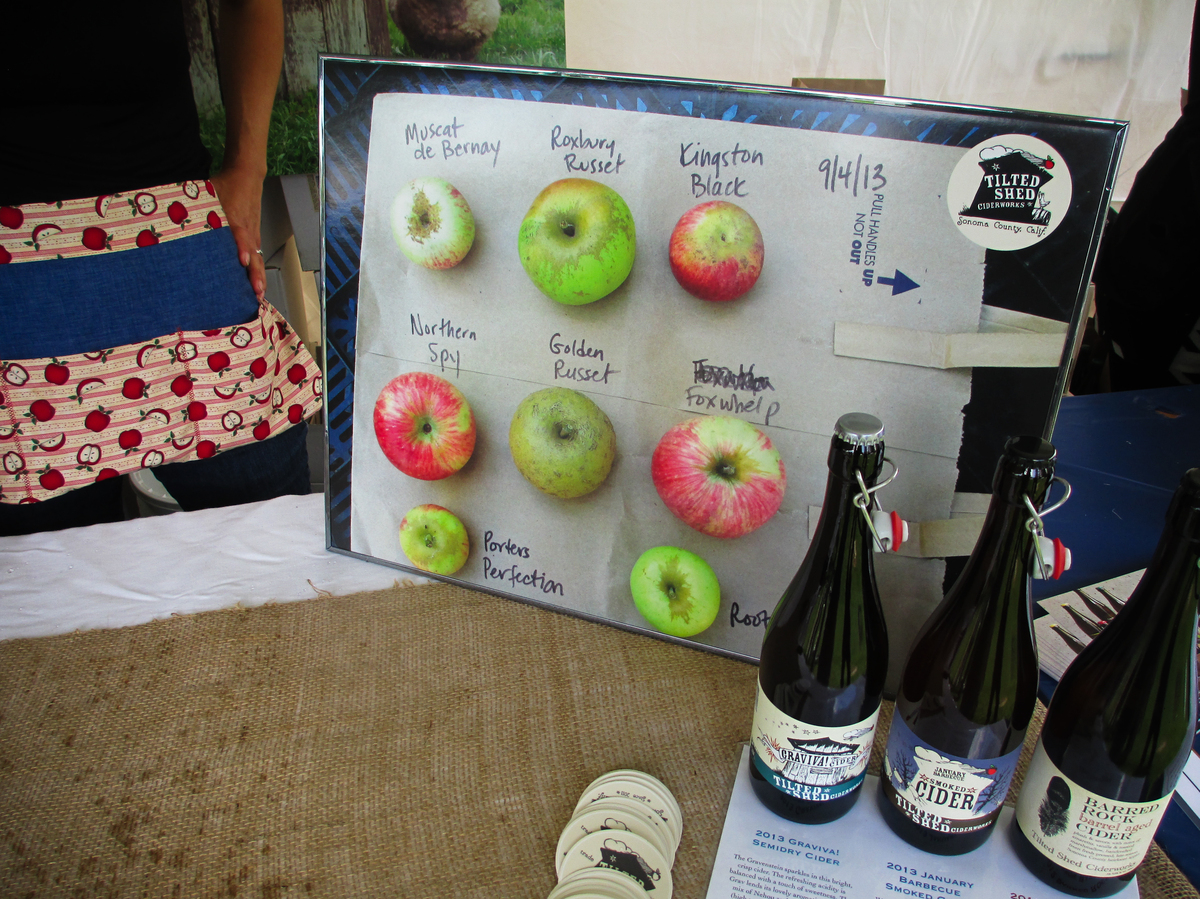 Nat West, owner of Reverend Nat's Hard Cider in Portland, Ore., is spicing up his cider made from eating apples with ginger juice, herbal tonics, coffee and hops. He has even aged cider in a tank with crushed rock slabs to impart notes of "minerality."

Schilling Cider, in Seattle, uses mostly Red Delicious, Granny Smith and Honeycrisp apples — varieties that "don't have any flavor," in owner Colin Schilling's opinion. That's why he steeps bags of chai spices in one of his ciders, ages others with oak chips and adds Ecuadorian cocoa nibs to another to create a thick and brownie-like beverage only faintly reminiscent of apples. Schilling once even fermented some apple juice over Japanese horseradish for what was intended to be a "wasabi cider."

Unsurprisingly, there are critics of such experimental cider-making.

Steve Wood, co-owner of Farnum Hill Cider, grows about 70 acres of apples on his New Hampshire farm. For him, making cider is less like craft brewing than it is like making wine — a process of tending to the trees, growing the fruit, harvesting the apples at optimal ripeness, blending the juices and fermenting it in oak barrels and steel tanks. Wood uses apple varieties like Kingston Black, Yarlington Mill and Bramtot — varieties too bitter or sour to eat but long used in Europe for cider-making.

"The goal is to bring our fruit to the bottle in the most delicious way possible," Wood says. "It's a very hands-off, white wine-making approach."

Adding anything but apple juice to the cider would go against Wood's most basic principles: "I would never, in my wildest imagination, put jalapenos in my cider. That would be like if a Bordeaux winemaker threw a bunch of hot peppers into his wine." 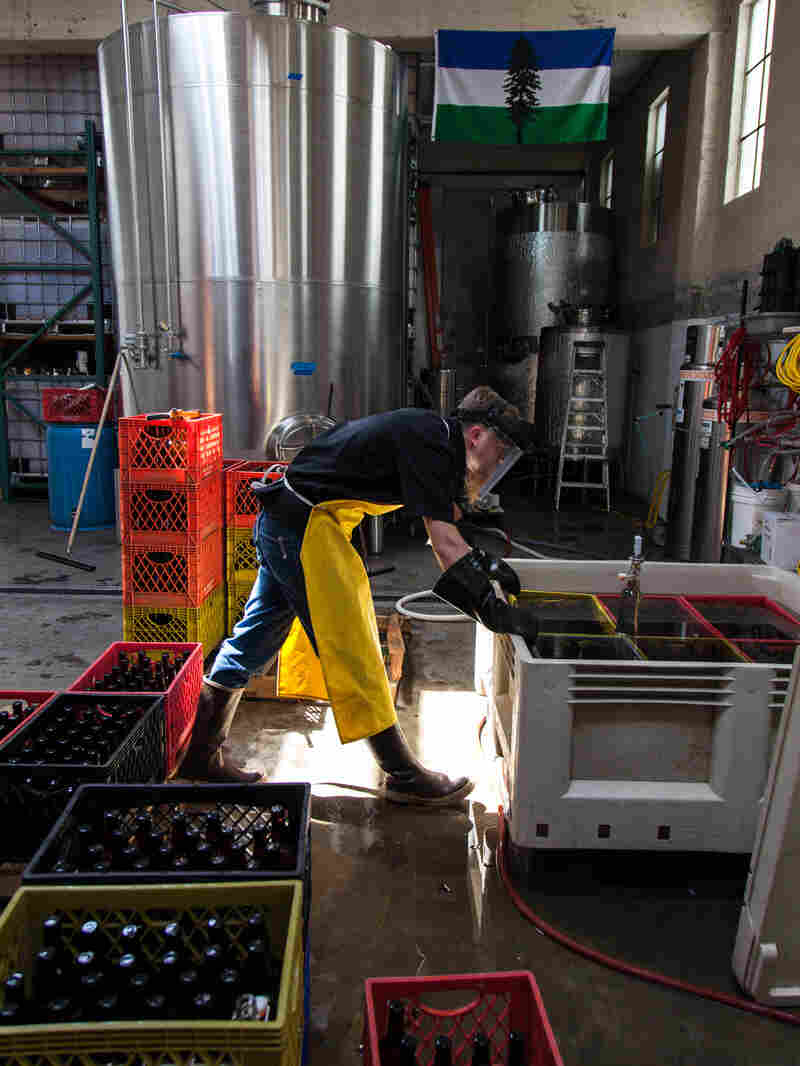 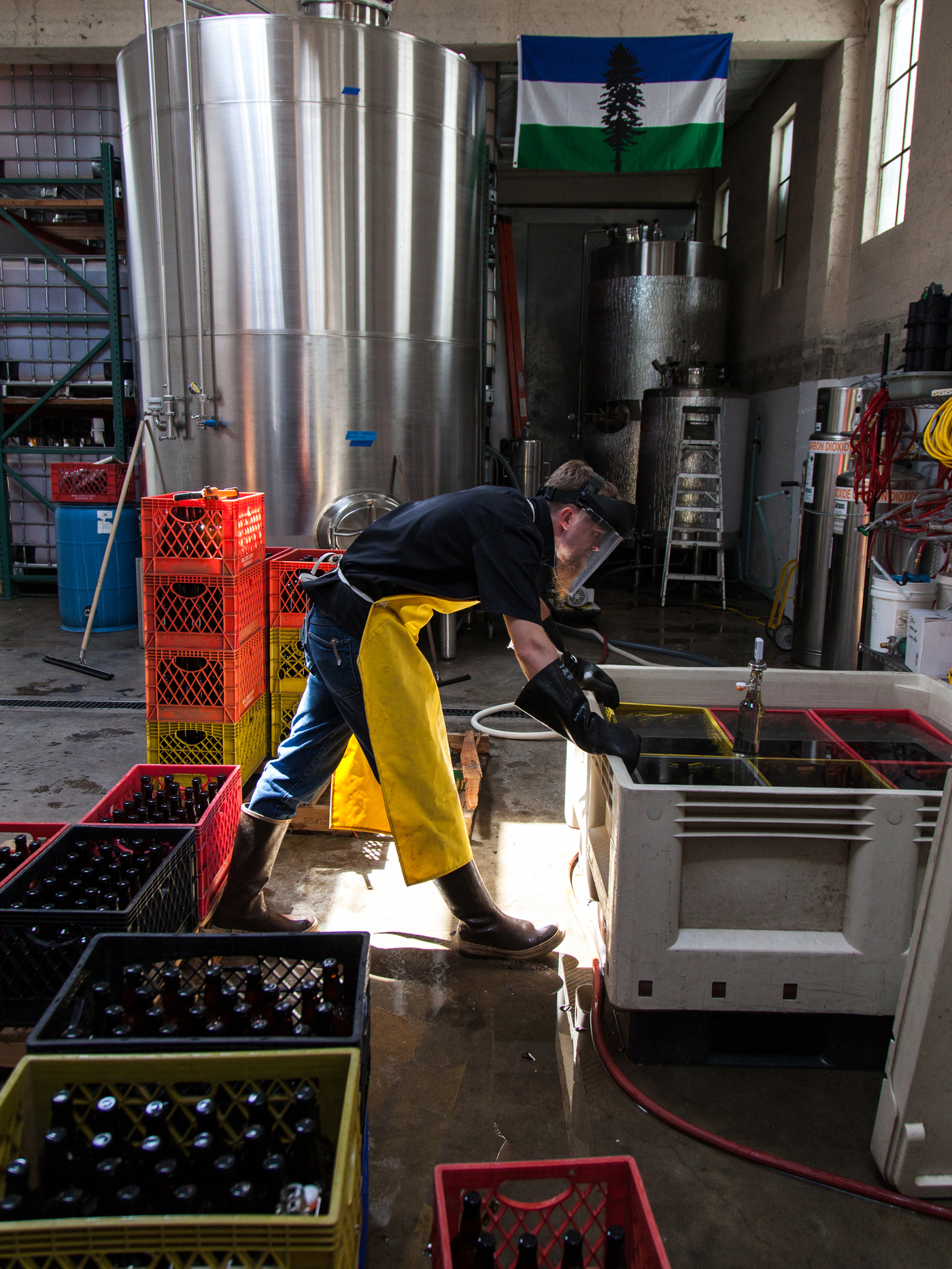 Nat West checks the pasteurization temperatures at his cidery in Portland, Ore.

At E.Z. Orchards, in Salem, Ore., Kevin Zielinski, an apple farmer and cider maker in the purist camp, says true cider apples are in short supply around the country. So he understands why many cider makers have no choice but to get creative.

"If it takes hops, spices and berry flavors to give these apples a full character, that's fabulous," Zielinski says.

All the hubbub around oddball ciders is even driving some makers who have ready access to the cider apples to experiment, too. Tilted Shed, in Forestville, Calif., for instance, smokes some of its heirloom apples before fermenting the juice. Its neighbor, Devoto Orchards, ferments an otherwise traditional cider in used bourbon barrels. Tieton Cider Works, in Seattle, uses heritage cider apples (and some sweet apples) and plays with hops — which add a dull bitterness to a cider that nicely offsets its fruitiness.

Moreover, there is no way that apples alone, regardless of variety, could ever deliver the fascinating spectrum of flavors coming from the most creative of America's cider houses.

On Washington's Olympic Peninsula, Finn River Cidery's habanero cider sends a hot and invigorating jolt of aroma up the nasal passage. Two Rivers Cider, from Sacramento, recently made a cool, creamy cider blended with coconut milk and pineapple juice as well as another sweet-and-sour cider fermented with a kombucha "scoby." Eden, whose ice ciders we've reported on, makes a strong one infused with basil and anise.

Farmers are now beginning to grow more and more cider-specific apple varieties in response to the growth of the craft cider industry. At Farnum Hill, Wood says he has sent thousands of graft cuttings in the past year around the country to farmers planning to grow apples specifically for cider makers.

Per pound, inedible cider apple varieties sell for almost 10 times the price of table apples, according to Wood. Those apples are expected to be available in another decade.

But that will not likely derail the creative ciders now getting a toehold in the marketplace.