Accessibility links
Agribusiness Funds 'Farmland' To Counter Hollywood Message : The Salt Films like Food Inc. and King Corn highlight the evils of big agriculture. Now farmers are hitting back with their own movie, Farmland. It was funded by the U.S. Farmers and Ranchers Alliance. 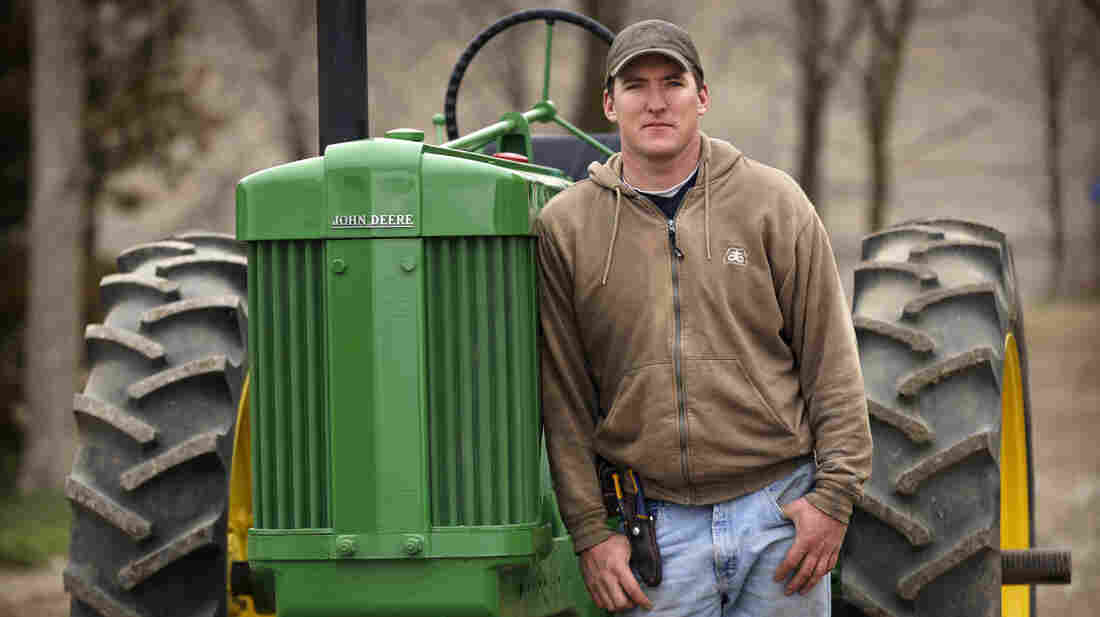 The movie Farmland opened in theaters Thursday. It's the latest in a string of documentaries about agriculture, like Food Inc. and King Corn.

But while the latter two films made damning accusations about the environmental and human costs of modern agribusiness, this documentary was funded by agribusiness. It tells a very different story.

Farmland opens with sweeping visuals you'd expect — swaying wheat fields and weathered barns. The documentary follows the lives of six young farmers — including a soybean grower in Nebraska and a Texas cattleman — who all share a belief that their profession is misunderstood.

"Most people have some sort of idea, maybe from television or something, that there's bulldozers and tractors, just clouds of smoke going and destroying ground and destroying habitat," says Sutton Morgan, a farmer who grows organic onions in California, in the film. "But they don't understand that our environment, which is our ground, has to be in good condition, otherwise you can't be a successful farmer."

Farmland was funded by the U.S. Farmers and Ranchers Alliance. This group was formed in response to recent movies and books like Fast Food Nation, which warned consumers off factory-farmed ground beef. 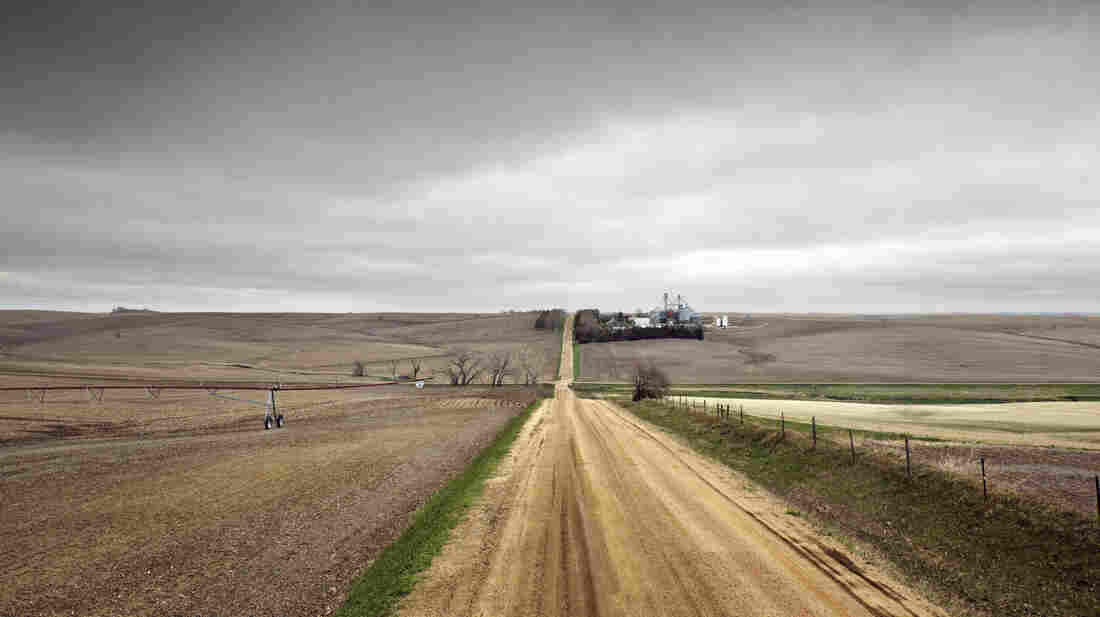 The alliance includes state farm bureaus and agribusiness giants like Monsanto, whose genetically engineered seeds were targeted for criticism in the film Food Inc. Randy Krotz, with the Farmers and Ranchers Alliance, says they felt it was time to make their own movie.

In the opening scene of Farmland, Kris Loberg and her son David are on their knees in the mud, looking for any sign that their seed has germinated.

The documentary shows some of the grittier aspects of farming, so it doesn't look like an industry public relations film. And, arguably, it's not. The alliance hired a respected director for the project, Oscar-winning documentarian James Moll.

But Moll agreed to do it after being promised creative control. And you can tell he got it in one scene of workers viciously kicking hogs and a sick cow rolling across the ground, pushed by the blade of a backhoe.

These videos were shot secretly by animal rights activists, and they've long been viral online. In Farmland, hog farmer Ryan Velduizen says what we're seeing is not representative.

"I've seen the videos of people not treating animals correctly. First, my heart breaks — that's not, that's not the way you treat animals, that's just not right," says Velduizen.

But if the film is trying to make farmers more sympathetic, activist and food journalist Michael Pollan says that's a straw man argument.

"It serves the interests of the large corporations that are really under attack to put the farmers in front of them, and say that it is the farmers being attacked, not a set of practices, not a ... highly concentrated industry, not monopolistic seed merchants, all the things that are the real targets," says Pollan.

Nonetheless, farmers have been loving the film at invitation-only screenings, like one hosted by the Georgia Farm Bureau.

Rancher Amy Moncrief was in the audience. She says farmers are usually too busy farming to get their point of view out there, the way this film will.

"The hormones, the antibiotics and the genetically modified food — you know, all that gets really bad press a lot of times, and the truth is probably somewhere in the middle," says Moncrief.

Ultimately, this is a film about farmers, not for farmers. The documentary now opens to the public, in a limited number of theaters across the country. Producers have already cut a short version for use in schools.