Accessibility links
Organic Farming Factions Spat Over Synthetic Substances : The Salt There's a long list of pesky exceptions to the rules organic farmers have to follow for using pesticides and fertilizers. This week, a battle erupted over those exceptions. 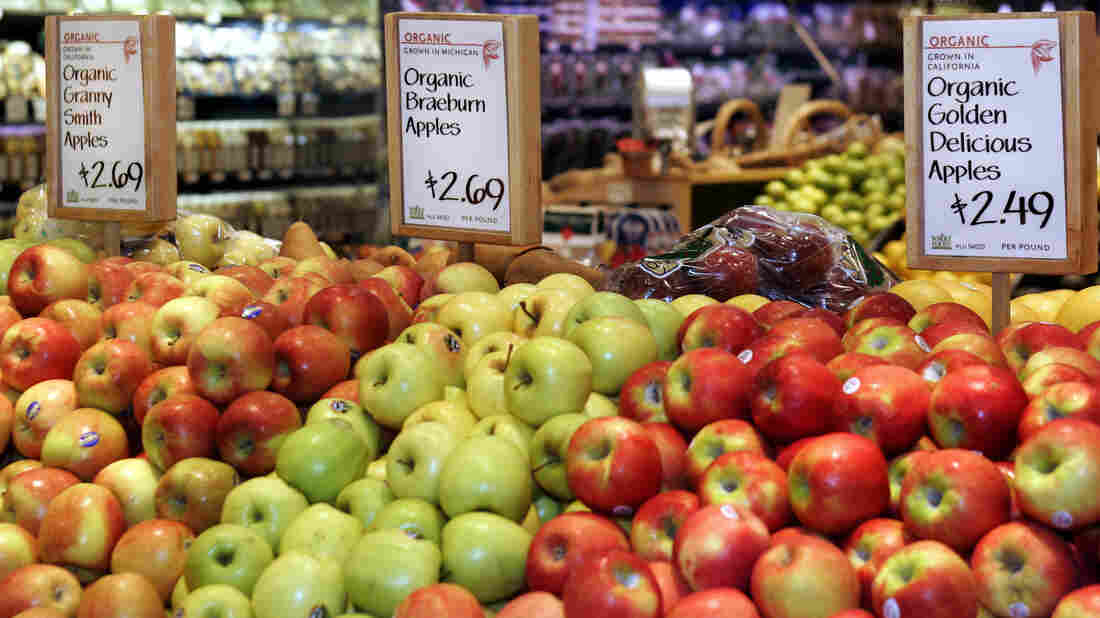 The National Organic Standards Board voted to no longer allow farmers to use the antibiotic streptomycin on organic apple and pear trees. Jeff Haynes/AFP/Getty Images hide caption 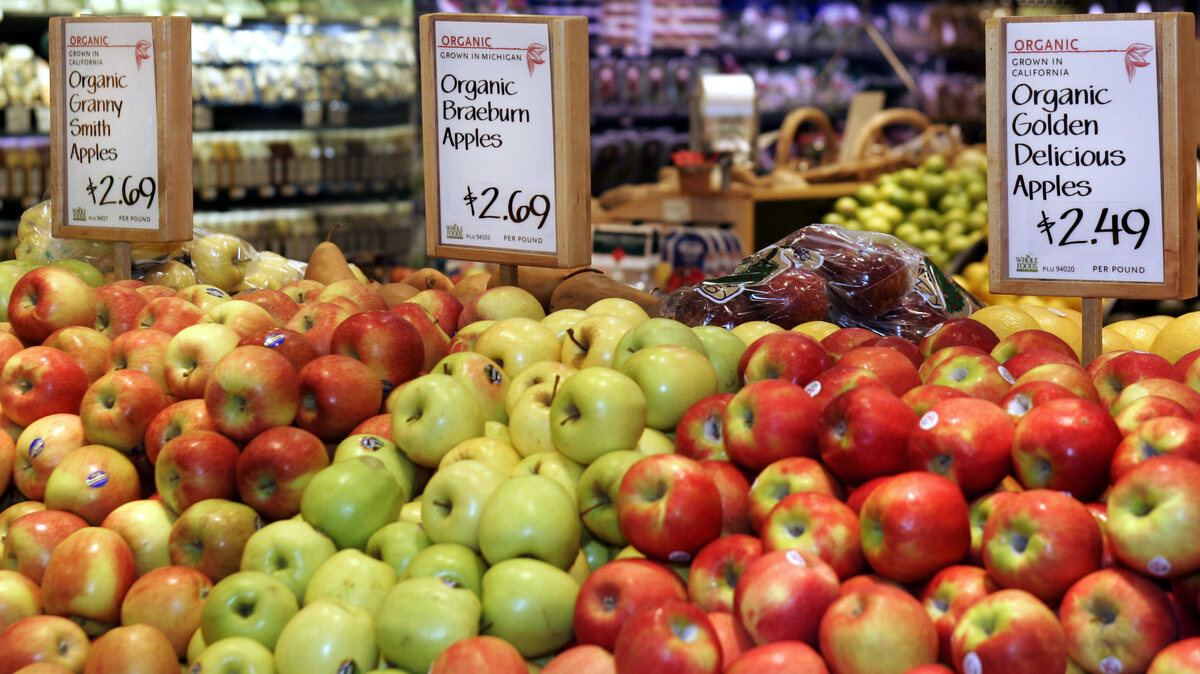 The National Organic Standards Board voted to no longer allow farmers to use the antibiotic streptomycin on organic apple and pear trees.

Here in the news biz, we rely on thumbnail descriptions, sparing you the details. We'll tell you, for instance, that organic farmers aren't allowed to use synthetic pesticides and factory-made fertilizer.

In general, that's true. But there's also a long list of pesky exceptions to the rule. And this week, a battle erupted over those exceptions: the synthetic or factory-made substances that organic farmers are still allowed to use because the farmers say they couldn't survive without them.

Both of these substances were on the agenda at a meeting of the U.S. Department of Agriculture's National Organic Standards Board this week in San Antonio, an event that turned into an ill-tempered confrontation between two wings of the organic industry — purists versus Big Organic. One protester had to be carried out of the room by police, while her comrades chanted, "Don't change sunset."

What provoked this "cryptic chant," as Grist's Nathanael Johnson described it, was a dispute over how to handle that list of exceptions to the organic ban on synthetics.

Those exceptions are supposed to "sunset." They are approved for a limited time period, no more than five years. And until now, it required a two-thirds majority of the NOSB to keep them on the list and extend their use in organic agriculture.

Last fall, though, the USDA issued new rules. From now on, it will take a two-thirds majority to remove synthetics from the list of approved substances.

This switch, making it easier for organic food companies to continue using synthetic substances, provoked outrage among organic purists like Mark Kastel, co-founder of the Cornucopia Institute. They fear that the organic label is being taken over by large companies that care more about profits than organic ideals and are willing to blur the line between organic and conventional agriculture. The critics accused the USDA of "capitulating to corporate interests."

USDA, for its part, says that the change in voting procedures will bring more stability and consistency to its rule-making. Up to now, a minority of the NOSB could remove a substance from the list of approved substances, forcing farmers and companies into painful adjustments.

In San Antonio, though, the purists prevailed, at least when it came to the most hotly debated substances: streptomycin and methionine. Both votes, however, were special cases.

Streptomycin didn't face a simple sunset vote; the NOSB had created a hard expiration date for the antibiotic several years ago, so a two-thirds majority was required to extend its use. The vote was 8 to 7 in favor of continuing to use the antibiotic, well short of the necessary supermajority. As a result, streptomycin will be banned in organic orchards after October.

A move to allow more flexible use of methionine also failed to get the required two-thirds majority. The decision angered many organic egg and poultry producers, who say their birds are suffering from inadequate nutrition because of methionine restrictions.