Chalk up another win for citizen activists. Coke and Pepsi announced this week that they will no longer use brominated vegetable oil, or BVO, in their soft drinks. 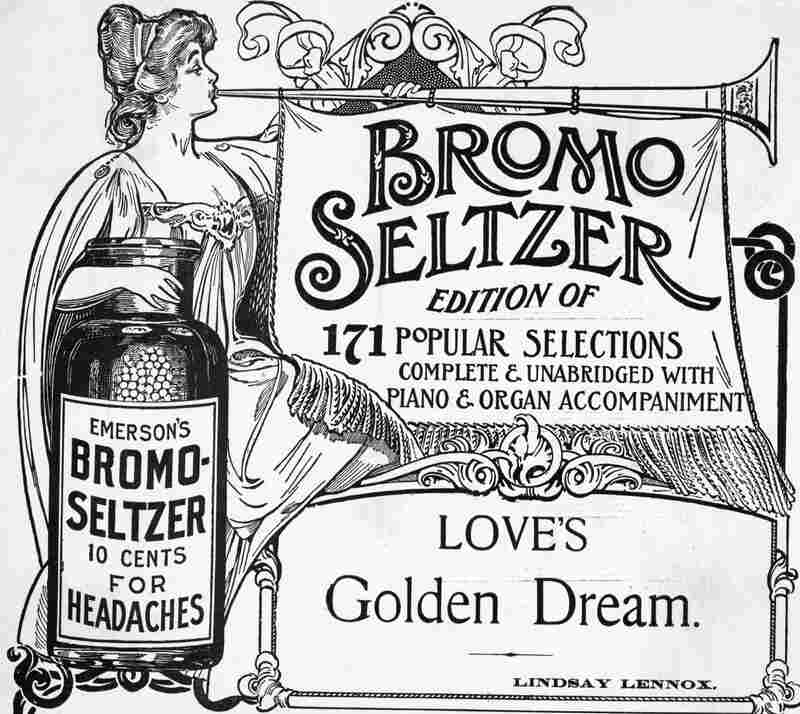 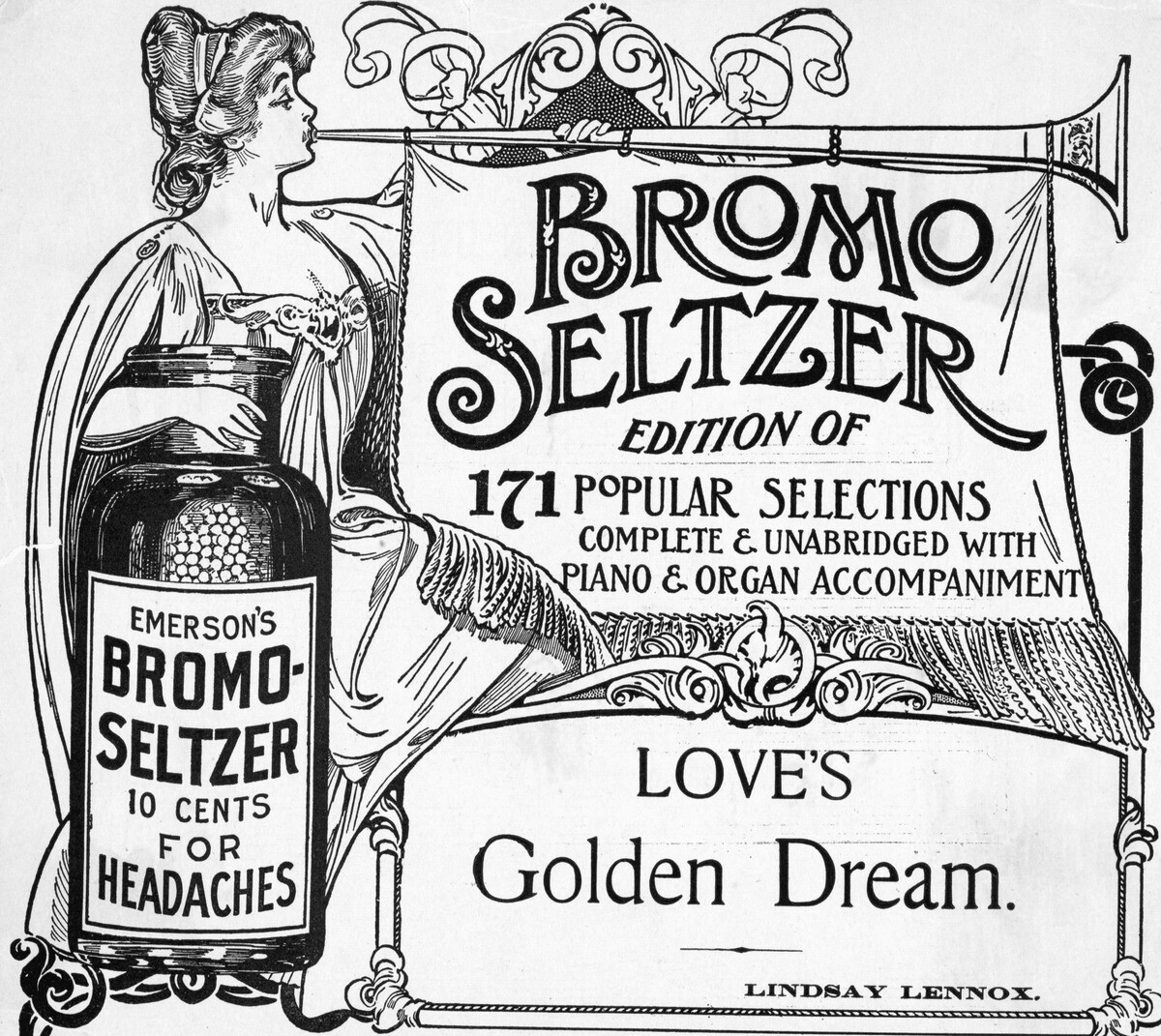 An ad for Emerson's Bromo-Seltzer.

BVO is an emulsifier; it helps to keep other ingredients, like flavors and colors, nicely mixed together. But last year, a 15-year-old girl got a citizen petition going that labeled BVO a "fire retardant chemical" and called on companies to stop using it. It attracted more than 206,000 signatures.

In fact, BVO is not used as a fire retardant, although other brominated substances are. The worst thing you can really say about it is that its safety has not been very well studied.

In the absence of compelling evidence, the Food and Drug Administration has waffled, first putting BVO on the list of substances that are "generally recognized as safe," then allowing limited use of it on an "interim" basis until better safety data are available.

So why all the fuss? Basically, it's because "brominating" your food sounds rather unpleasant. It involves attaching an atom of bromine to it, and pure bromine is not something you want to encounter in a dark alley. It's a toxic chemical. (Plus, brominated vegetable oil just plain sounds nasty.) 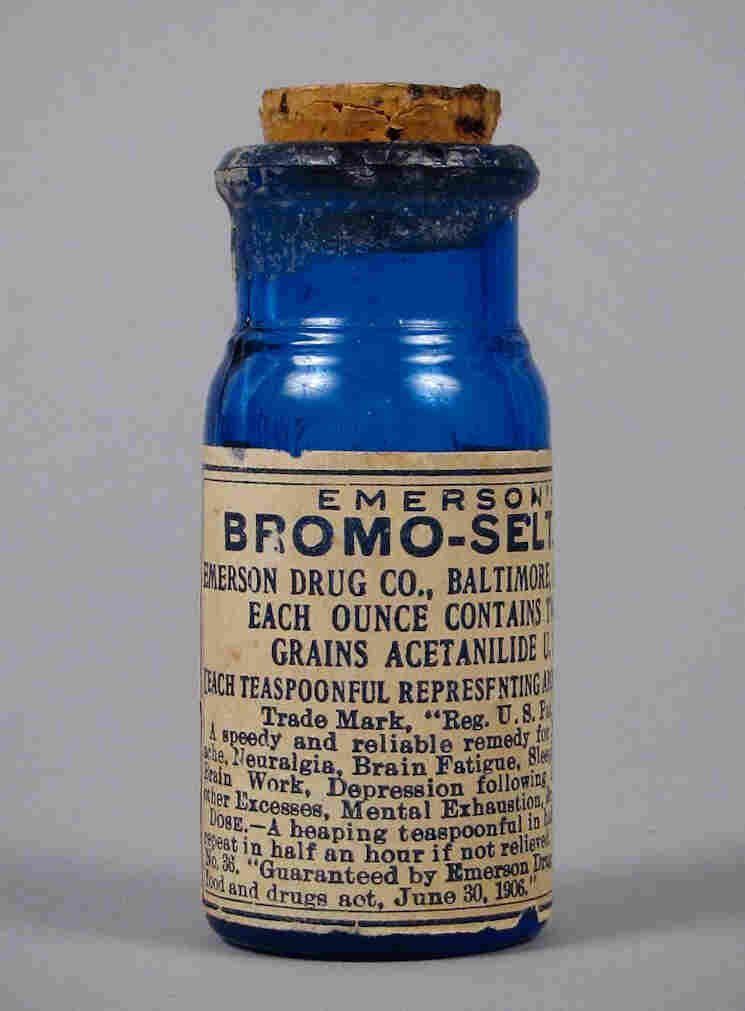 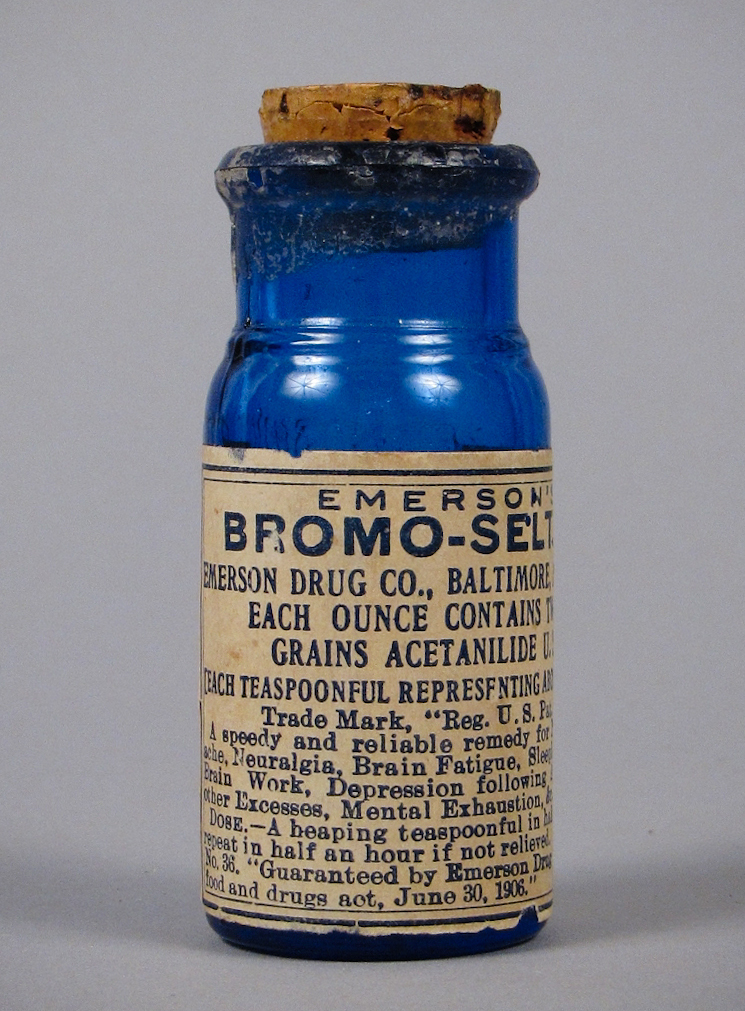 A bottle of Emerson's Bromo-Seltzer from 1906.

But chemist Derek Lowe says the consumer revulsion to the BVO is largely based on a misunderstanding of chemistry. A chemical element, like bromine, may have very little in common with a compound, say BVO, that contains the element.

Chlorine, for example, is deadly, too. But in combination with sodium, it becomes table salt.

And then there's the bromide connection. When bromine dissolves in water, which it does very quickly, it turns into an ion called bromide.

Some people think consuming BVO could mean you end up with bromide in your blood. (Some chemists are skeptical.)

Bromide is only mildly toxic: It will put you to sleep, or at least dull your senses. That's why we now disparagingly talk about political figures who deliver speeches full of "bromides."

This is also why bromides once were used in medicine — as a sedative. They were also part of the recipe for Bromo-Seltzer, a proud product of Baltimore that was advertised as a remedy for "nervous headache, neuralgia, brain fatigue, sleeplessness, over-brain work, depression following alcoholic and other excesses, [and] mental exhaustion."

The Bromo-Seltzer Tower still stands in Baltimore, but the product itself no longer contains bromides. Sodium bromide was removed from the ingredient list in 1975.

Now that BVO is off the table, Coke and Pepsi will replace it with other emulsifiers, such as sucrose acetate isobutyrate or glycerol ester of rosin. Is there anything wrong with them? We don't know yet. Stay tuned.