Accessibility links
Vermont's GMO Bill Expected To Face Major Legal Challenges : The Salt Vermont gets ready to become the first state to require food producers to label products that are genetically modified, but not without preparing for major legal battles with companies like Monsanto. 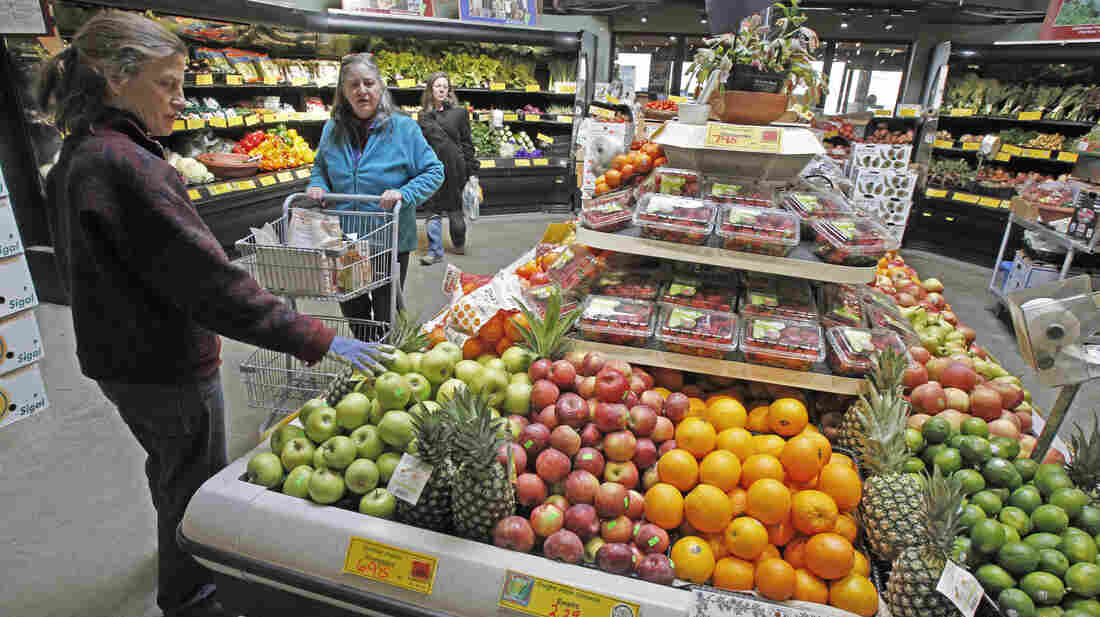 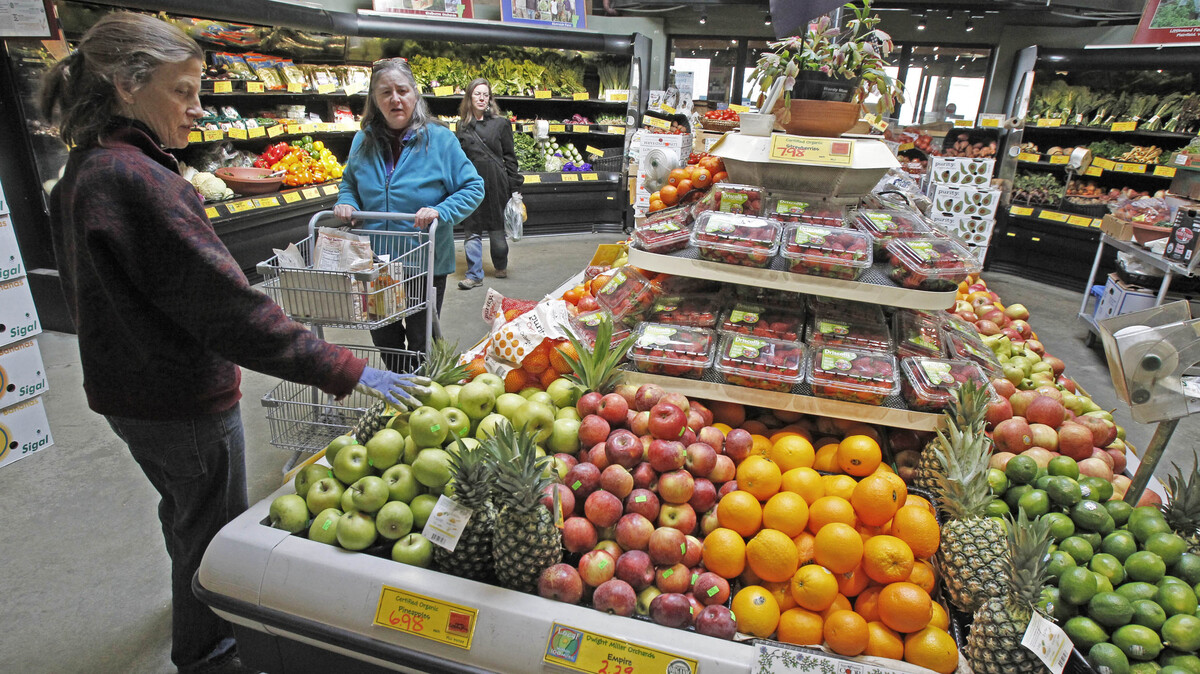 Customers shop for produce at the Hunger Mountain Co-op in Montpelier, Vt., in 2013.

Vermont Gov. Peter Shumlin will sign a landmark bill into law on Thursday, making the state the first to require food producers to label products made with genetic engineering.

The law won't go into effect for two years, but it's already become a hot topic at the first outdoor farmers market of the season in the capital city of Montpelier.

"Finally we have a vote," says Laini Fondilier, who runs the Lazy Lady Farm stand. "We haven't been able to vote on this by our purchases."

Wayne Fawbush, a customer, says he goes out of his way to avoid buying GMO-based foods, and Fondilier chimes in, "But sometimes you don't know it's in there."

The majority of the corn, soybeans and canola grown in the United States are genetically engineered, mostly to resist certain pests or herbicides. That means most packaged food sold in this country contains products that were grown with genetic engineering.

As we reported last month, Connecticut and Maine have already passed labeling acts, but their laws only go into effect once a certain number of other states pass similar legislation.

Vermont is prepared to go first and go it alone.

The state's attorney general, Bill Sorrell, says he doesn't yet know what the label will look like, but he is sure of one thing: "I'll be very surprised if we are not sued," he says, by companies like Monsanto, the world's largest producer of genetically engineered seeds.

Monsanto hasn't commented on Vermont's law yet, but Sorrell says he wouldn't be surprised if there are constitutional claims, claims that the law would compel speech or claims the law poses a burden on interstate commerce.

Many Vermonters say they're worried about potential health risks and just want to know what's in their food.

"There's no requirement that you have to show that these foods are actually harmful to health in order to require a company to disclose that genetic engineering was used," says Laura Murphy, who works in the Environmental and Natural Resources Law Clinic at Vermont Law School.

But according to Keith Matthews, that isn't a valid argument. Matthews is an attorney who often represents private sector clients in environmental and regulatory matters.

He thinks the court would require proof that people were harmed by eating food containing GMOs. Matthews used to work for the Environmental Protection Agency and ran the unit that registers and regulates genetically engineered crops.

"You've got three federal agencies that engage in rigorous review of these products and determine that there is no risk, that they don't cause any adverse effects in the environmental context when they're being grown," he says. "Nor do they pose any risk to humans when they're consumed."

Debate over the potential risks of genetically engineered food is heated. Most scientists say there's no evidence of harm in eating foods made with genetic engineering. But anti-GMO advocates say the long-term effects aren't yet known.

Some countries have taken a more cautious approach, and Vermont seeks to emulate the European Union, where labeling rules have been in place for more than a decade.

U.S. law, however, is different. Without a change to federal regulations, Vermont's statute is likely to face major challenges.

But the state lawmakers who wrote the law say they're ready for that. The legislation includes a $1.5 million legal fund to help cover costs if the state loses in court.