Accessibility links
Resveratrol May Not Be The Elixir In Red Wine And Chocolate : The Salt Red wine and chocolate may be good for you, but it's likely not from the resveratrol. A study finds that the antioxidant had no influence on longevity, cancer, heart disease or inflammation levels. 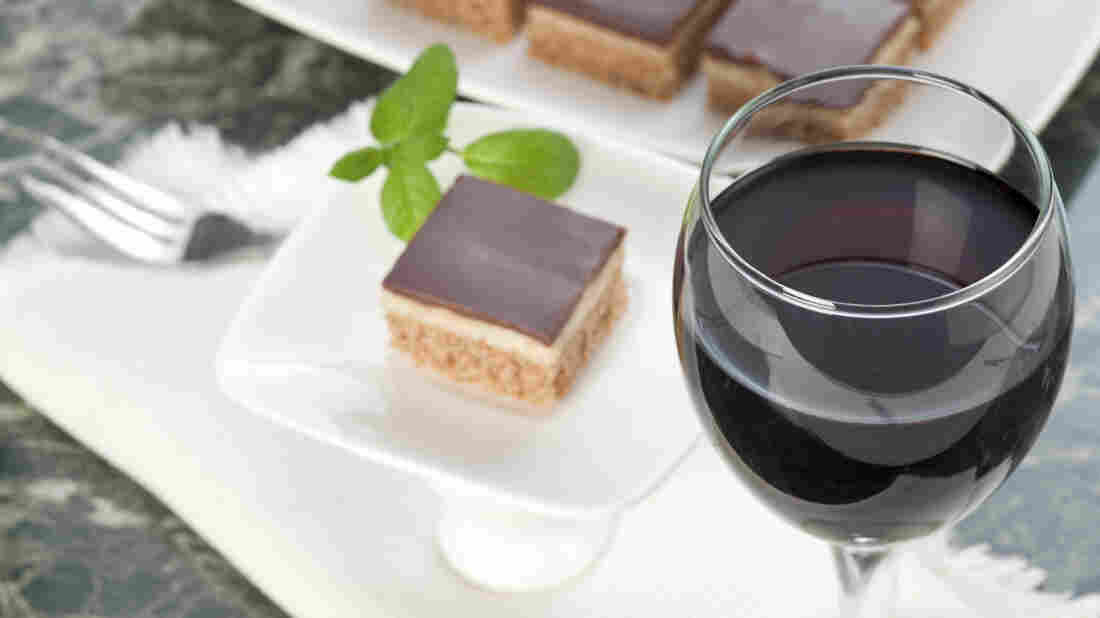 There are more than three dozen polyphenols in red wine that could be beneficial. But resveratrol may not have much influence on our health. iStockphoto hide caption 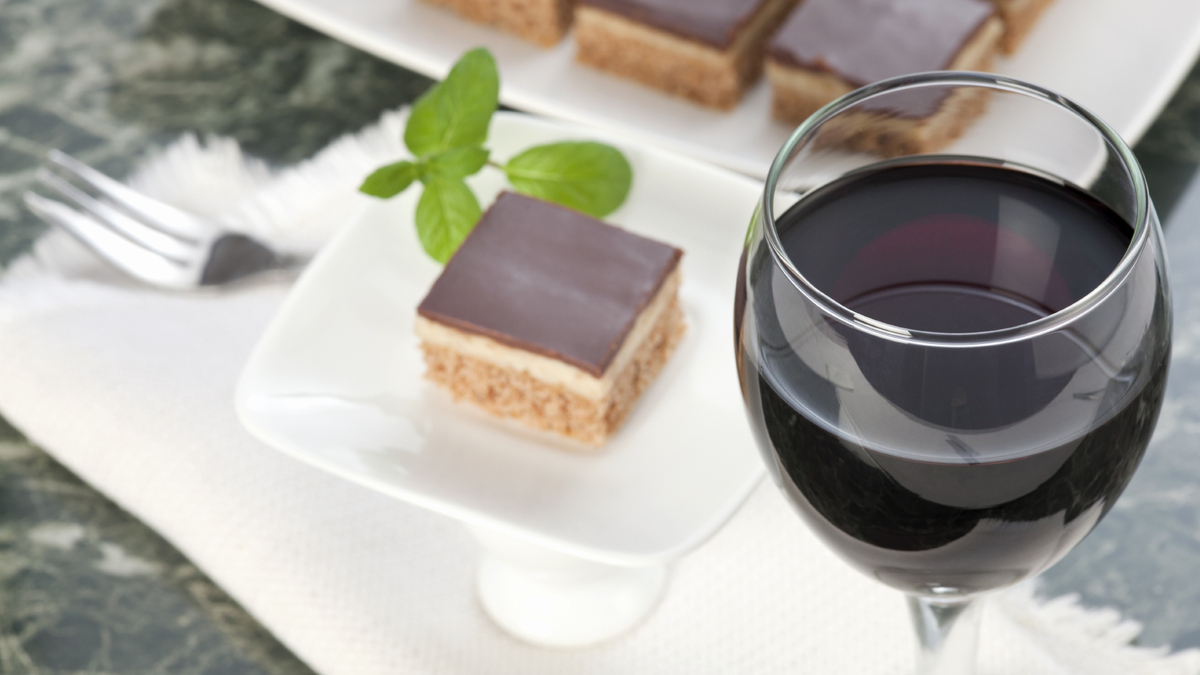 There are more than three dozen polyphenols in red wine that could be beneficial. But resveratrol may not have much influence on our health.

If you've come to treat that daily glass of wine as your fountain of youth, it may be time to reconsider.

The notion that consuming wine and chocolate, two of our favorite vices, could lead to longer, healthier lives is a tantalizing one. Scientists first hinted at the possibility in 2006 after feeding obese mice a diet high in the compound resveratrol — which occurs naturally in grape skins, certain berries, chocolate and other plants. They noticed that the mice lived as long as obese mice that didn't get the compound. The ones who got the resveratrol also had fewer diseases associated with aging.

But resveratrol might not be the health booster it's been cracked up to be – at least if we're getting it from food alone. In a study published Monday in JAMA Internal Medicine, a team of scientists report that dietary resveratrol had no apparent association with longevity or inflammation, or rates of cancer and cardiovascular disease.

Richard Semba, of Johns Hopkins University's School of Medicine, led the study of 783 elderly adults from Tuscany's Chianti region, famed for its vineyards of Sangiovese.

First, the scientists analyzed samples of each participant's urine, which Semba calls "the best method [for tracking dietary resveratrol]. It's the gold standard." Then, the researchers followed the 65-and-older men and women for the next nine years. What happened in that time suggests that the hype over resveratrol might be unfounded.

Thirty-four percent of the participants died — which was expected, since they were advanced in age. The thing is, urinary resveratrol levels in those who lived through the study were no higher or lower than those of the men and women who died before its conclusion. Nor did resveratrol levels appear to reduce the development of cancer or cardiovascular disease, which afflicted some participants who were free of the ailments when the research began.

The authors' conclusion? The resveratrol in our food has no measurable impact on our health.

But there's still a lingering question about whether consuming resveratrol in much higher doses might do us some good.

David Sinclair, with Harvard Medical School's department of genetics, is the author of the 2006 paper in Nature that found that obese mice given high doses of resveratrol lived longer than overweight mice fed a diet without it.

Sinclair's findings also spurred interest in pharmaceutical development of resveratrol. He co-founded Sirtris Pharmaceuticals, a company that dabbled with a resveratrol drug before it was shuttered in 2013. Sales of resveratrol supplements in the U.S., meanwhile, have grown to more than $30 million annually.

Sinclair maintains that there may be benefits to consuming high doses of the compound. Specifically, he has shown that resveratrol hits an enzyme in the cell that activates a longevity gene, at least in animals so far. He tells The Salt that for mice and humans to see clinical effects, they'd have to consume 100 to 1,000 times the amount of resveratrol the Italians in the JAMA study were getting, which came mostly from wine.

And about those resveratrol supplements? "The evidence of supplements providing benefits is not conclusive," says Semba.

But you may as well keep drinking your favorite zinfandel, merlot or Sangiovese. Moderate alcohol consumption may prevent bone loss in older women. And Semba tells The Salt there are more than three dozen polyphenols besides resveratrol in red wine that could be beneficial.

"These polyphenols might be working in concert with each other," Semba says. "It was just a leap of faith to assume it was resveratrol [having the health benefits]. It was an oversimplification."

You can also hold on to the chocolate: There's still pretty strong evidence that it may be good for the heart and waistline. We can thank our gut microbes for that.