Accessibility links
Organic Produce Is A Tough Sell In The Gaza Strip : The Salt A group of Gazan farmers has gone organic. While their produce should fetch a premium price, most of it ends up in the public market, mixed in with regular produce and sold for the same price. 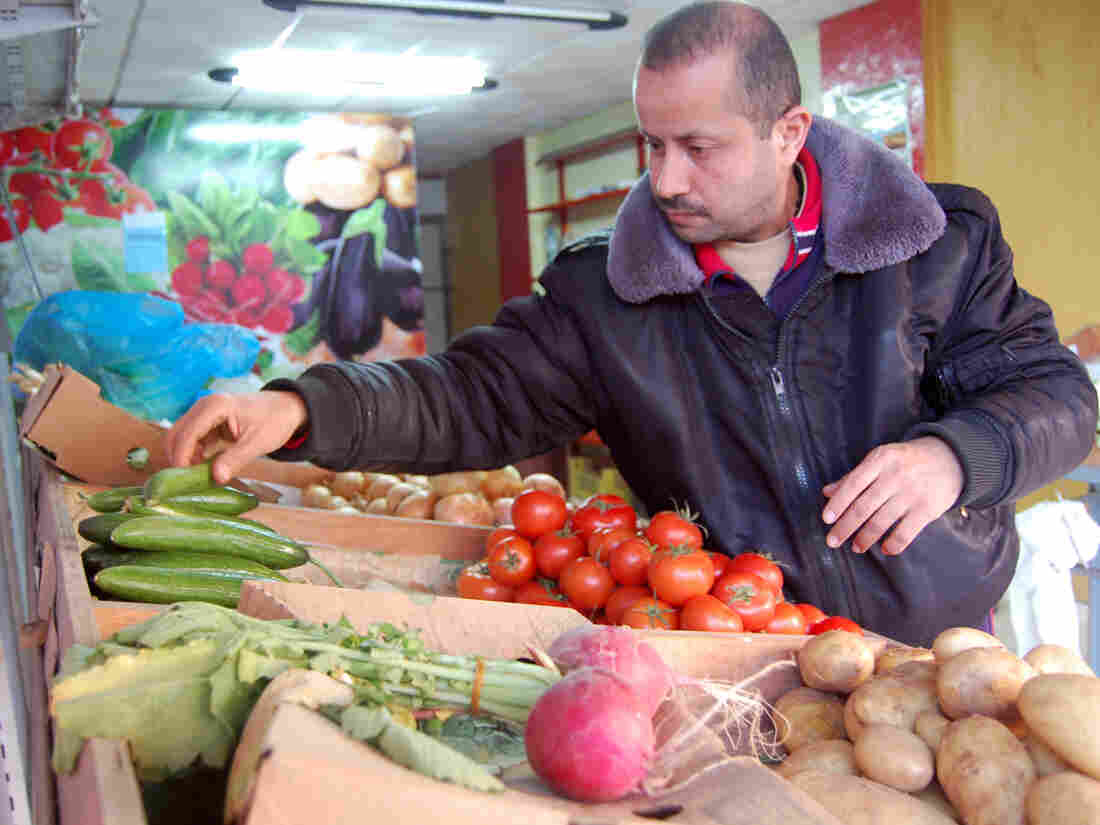 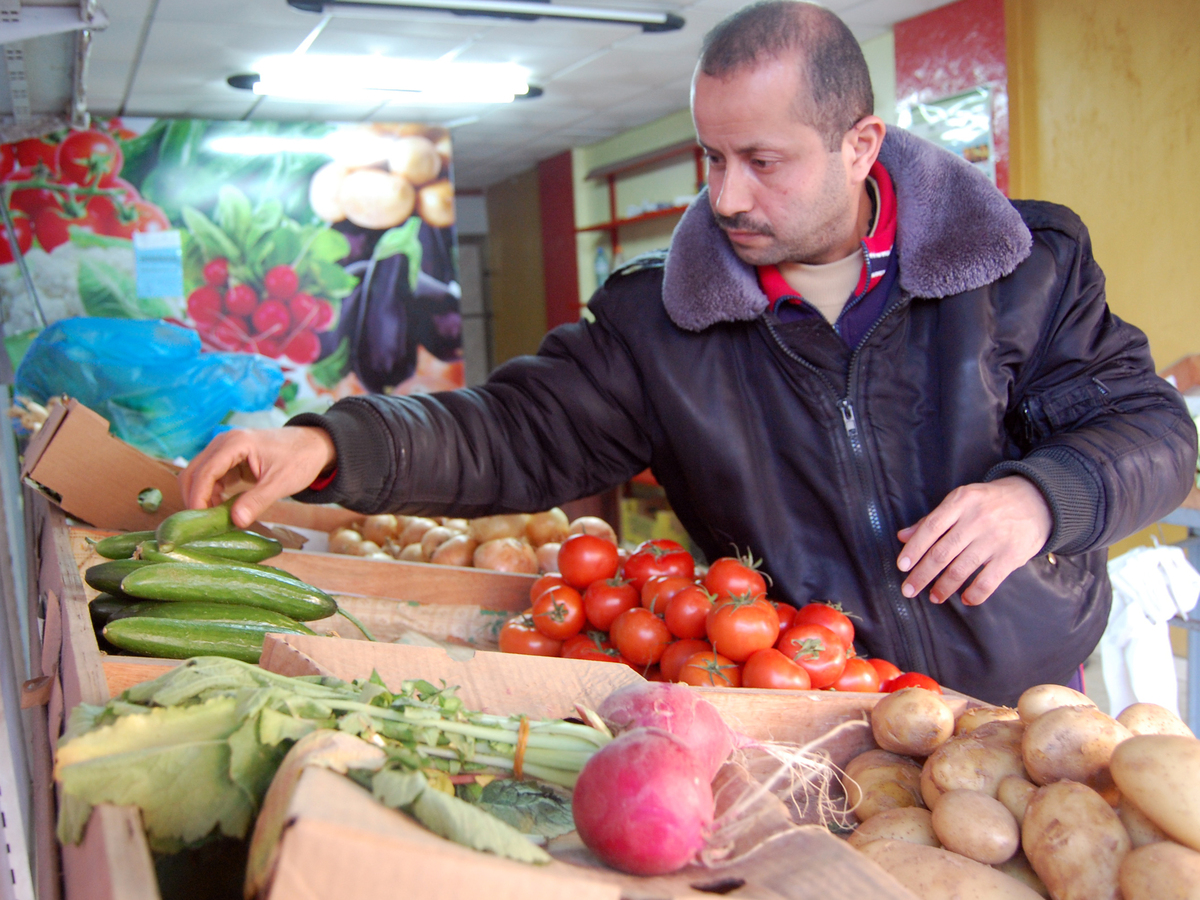 Rami al-Naffar is the clerk at a small organic produce shop in Gaza City.

Outside a small organic produce shop in Gaza City, a large sidewalk placard reads "Good Earth" in Arabic in big red letters, followed by "Organic produce, free of chemical fertilizers and pesticides." The same message is on the shop's awning.

But "people don't notice the signs, they come in and ask, 'Why these [high] prices?,' " says Rami al-Naffar, the clerk here.

Organic food is booming in the U.S. and Europe, where many consumers perceive the produce as healthful and environmentally friendly. In Israel, interest in organic food has been rising, too, though much of the organic fruits and vegetables grown there are exported.

In the Gaza Strip, once connected to Israel's labor and product markets but now cut off, most families are poor and price often dictates purchases.

In the Good Earth shop, Naffar sometimes shows customers a poster, hanging near the carrots and cucumbers, which outlines the differences between organic and conventional farming.

"I start to explain, but even when they understand they say it's expensive," Naffar says. 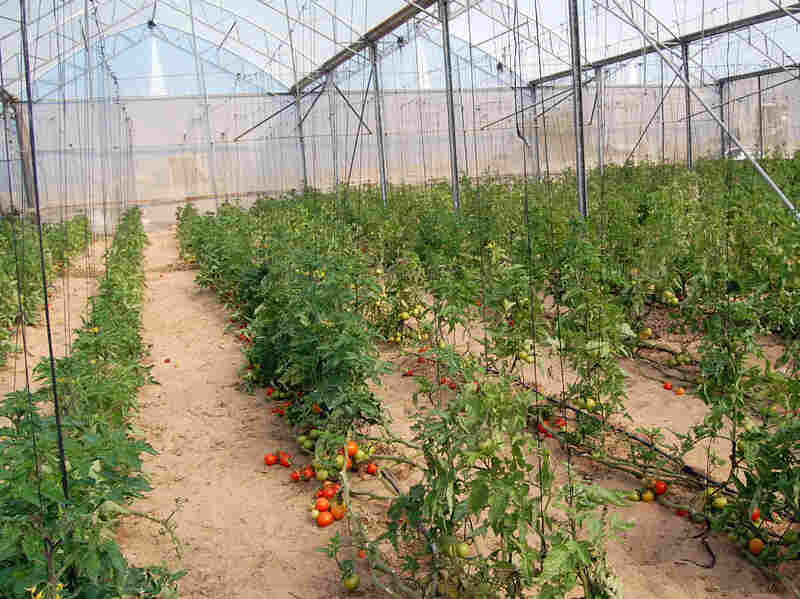 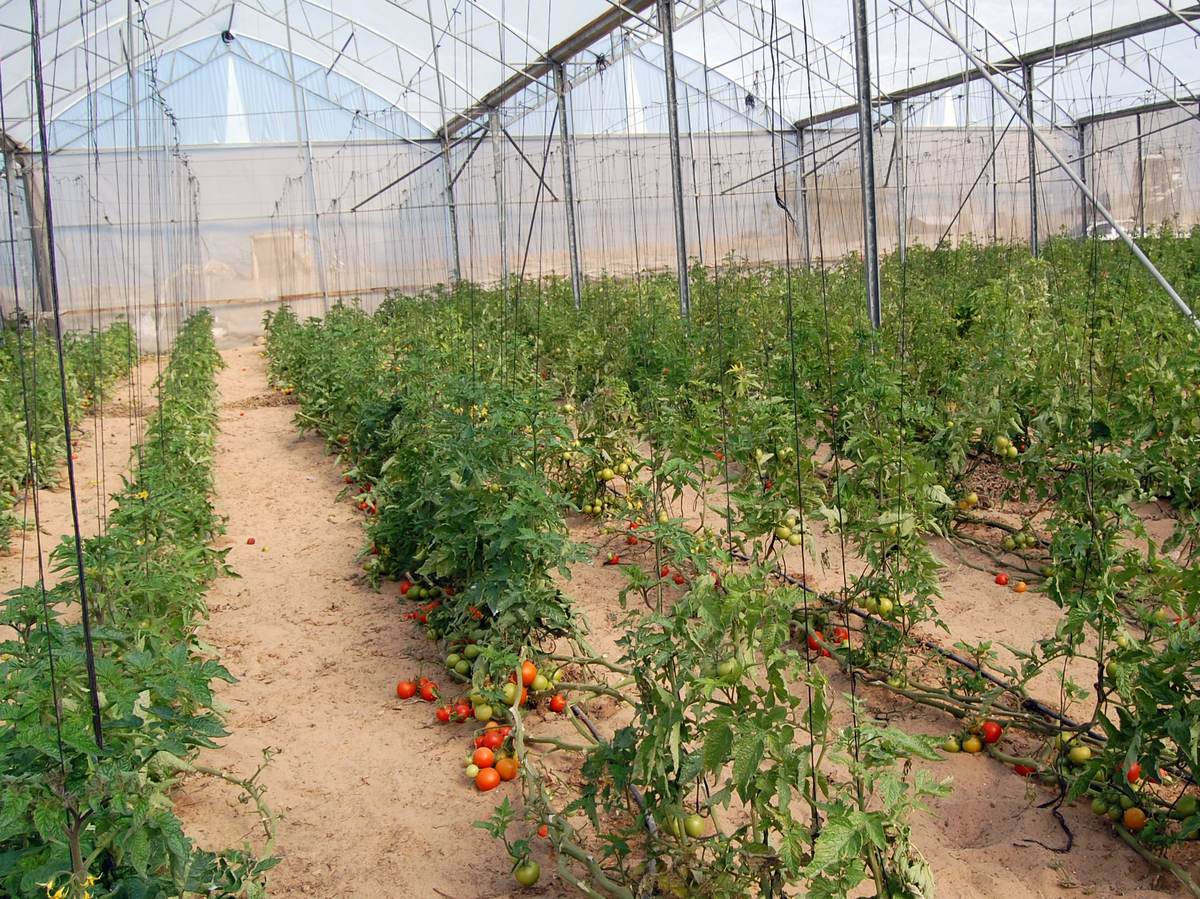 The Palestinian Center for Organic Agriculture grows local staples like tomatoes in greenhouses on the same land Israeli farmers once used.

Onions, lemon, eggplant and other produce are displayed in wooden bins lining both sides of the narrow shop. Prices here run around 25 percent higher than conventional produce in public markets. Everything Naffar sells comes from one farm in the southern Gaza Strip.

There, agronomist Samir al-Shaer shows off nearly 8 acres dedicated to organic. Local staples — tomatoes, cucumbers and potatoes — get the most space.

Much of the organic produce is grown in greenhouses on the same land Israeli farmers used before Israel pulled settlers out and soldiers back to the perimeter of the Gaza Strip.

Now Shaer's group, the Palestinian Center for Organic Agriculture, rents the land from the Hamas government and brings Gazan farmers here to train. He says 30 farmers are learning organic methods now, such as putting double doors on greenhouses to keep pests out, shaking tomato plants to pollinate them instead of relying on bees and adding organic compost — made in Gaza — to the drip irrigation system.

"When they plant organic, they'll tell people about it," says Shaer. "Some farmers are first interested because they can't afford the chemical fertilizers. They didn't realize the other benefits."

Shaer says those benefits include no chemical residue on produce and less reliance on fertilizer that has to come through an Israeli checkpoint.

Although the limited land in Gaza is increasingly needed for housing, this strip by the Mediterranean Sea has always grown food. For years, citrus orchards and strawberry fields dominated the north. Vegetables are grown more in the south.

Farmers are struggling to build their businesses now, in part because exports to wealthier markets, like the U.S, and Europe, are hampered by border restrictions. And sales right next door in Israel and the West Bank are forbidden.

Organic farmers in Gaza say their big challenge right now is the domestic market. Although Naffar, at the produce shop, has a list of 60 dedicated customers, he can't sell as much as the farm can produce. So most of the organic produce winds up in the public market, mixed in with conventional produce and sold for the same price.

"We tell them to let customers know it's organic, so it's safer to eat, but the traders don't care," says Shaer. "It's all cucumber, they say."

Shaer says the farmers have to charge more because their yields are low, and in part because this experiment in organic agriculture was supported by aid organizations until this past year.

"If we concentrate on educating people and improving the shop, it will help," he says.