Accessibility links
The Humble Knish: Chock-Full Of Carbs And History : The Salt The knish is a classic Jewish comfort food — a pillow of dough filled with savory fillings like mashed potatoes. Author Laura Silver says the New York knish is also filled with stories. 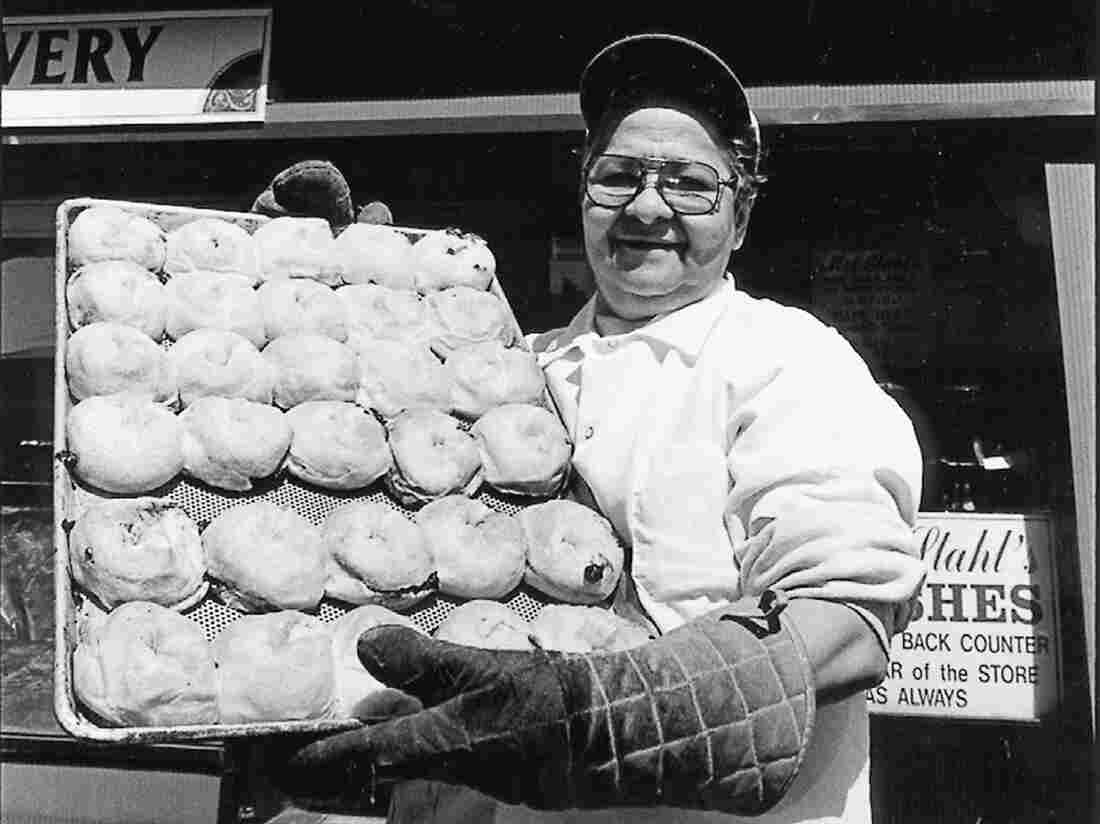 A woman in front of Mrs. Stahl's knish shop in Brooklyn's Brighton Beach neighborhood where author Laura Silver went as a child. Courtesy of the University Press of New England hide caption

toggle caption
Courtesy of the University Press of New England 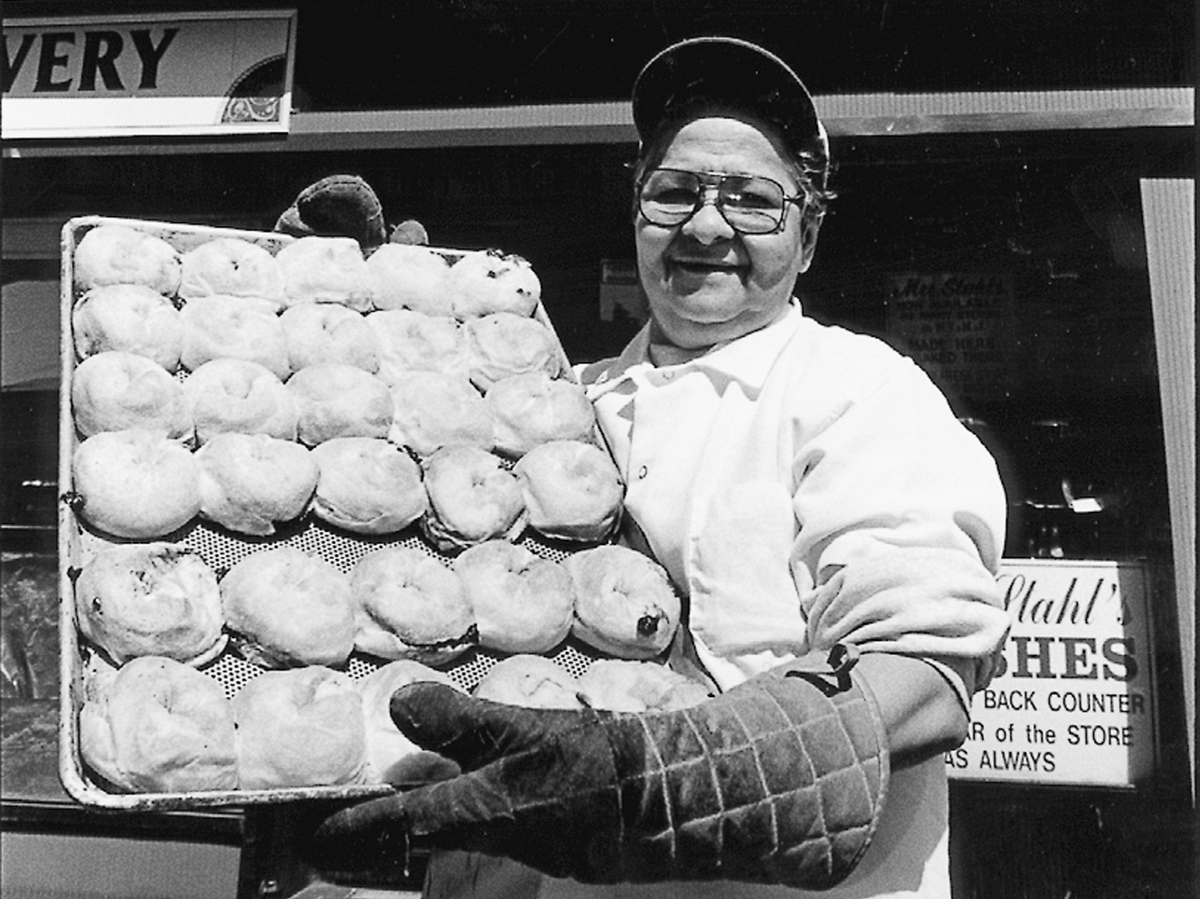 A woman in front of Mrs. Stahl's knish shop in Brooklyn's Brighton Beach neighborhood where author Laura Silver went as a child.

Courtesy of the University Press of New England

When Laura Silver's favorite knish shop in New York closed it doors, she started to investigate why it shut down. And that led to a years-long research project, she tells Weekend Edition's Rachel Martin.

Her book Knish: In Search of the Jewish Soul Food explores the history of the baked delicacy filled with meat or vegetables and what it means to the people who love it. 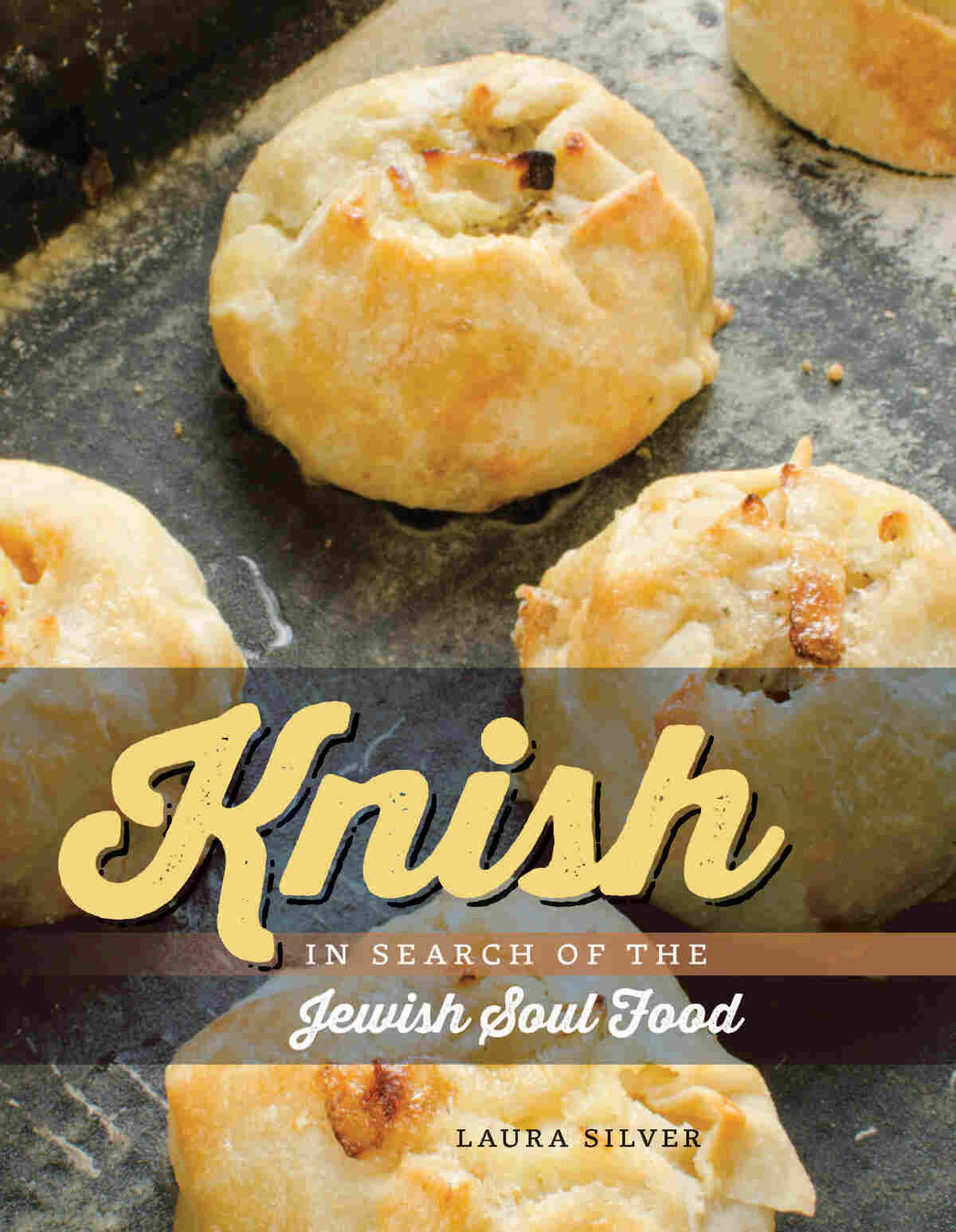 In Search of the Jewish Soul Food

Silver says her grandmother used to take her to a knish shop called Mrs. Stahl's, in Brooklyn's Brighton Beach neighborhood. It was where generations of her family — and many others — regularly got their knish fix.

But two years after her grandmother died, Silver biked down to Brighton Beach and found that Mrs. Stahl's was no more. "It had become a Subway sandwich shop," she says.

It was an emotional punch. "I wanted to know what happened," Silver says. "I had a stake in this shop — three generations of my family had been going there."

She eventually found out that an Italian pasta-maker in New Jersey had purchased the recipe for the knish. "And that fueled the flames, too, because I felt like the knish was on a different cultural continuum," she says.

So Silver made it her mission to trace the history of the Jewish dish in New York. And that led her to profile several well-known knish-makers.

One of them, Ruby Oshinsky, sold his knishes out of a cart to schoolchildren in Brooklyn. In the summers, Silver says, he went to the Catskills and sold the pies out of a van, which he had outfitted with an oven. He was so well-known that a woman named Bonnie Abrams wrote a song about him.

Another, Gussie Schweibel, almost got Eleanor Roosevelt to try her knishes. When word got out that Schweibel would be delivering a batch to Roosevelt's apartment in New York, throngs gathered outside, and Roosevelt's secretary had to turn the delivery away.

These days, Silver says, knishes are cool again. The pastries are now available across the country and around the world. "The knish has entered hipster lingo," Silver says. "I do believe a knish renaissance is about to take hold."

What's the best way to enjoy them?