Accessibility links
If Local Farms Aren't Local Enough, Buy From The Rooftop : The Salt Urban farmers are experimenting with growing food right near or even inside the grocery store. But it's not yet clear whether customers will value that degree of freshness over other options. 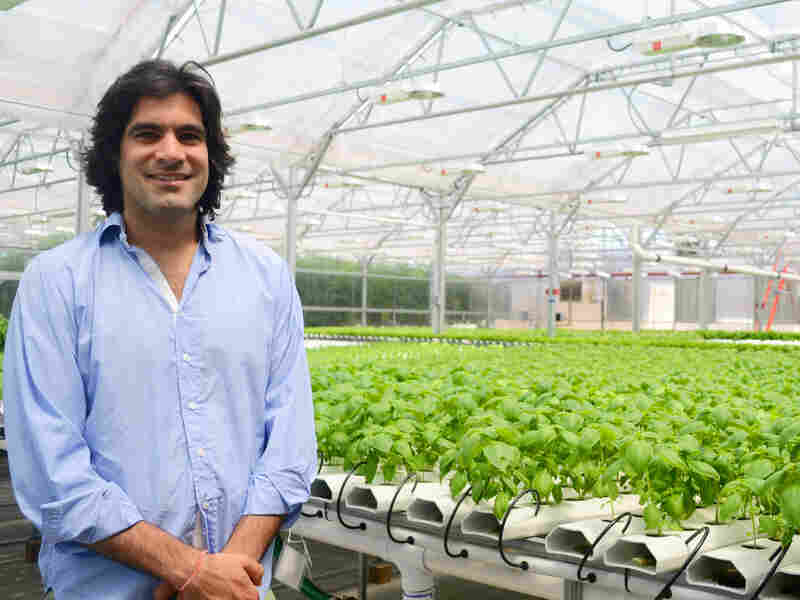 Local produce just tastes better, right? That perception is part of what's driving the rush of new farming ventures to supply cities with food grown nearby.

Some urban farmers are even experimenting with growing food a few blocks away from or even inside the grocery store. Call it über-local food.

Most of these new ventures are lead by idealistic entrepreneurs who want to part of the new food system. It's not yet clear whether they'll fit in for the long haul.

The greenhouse is owned and operated by Gotham Greens, a company that's selling produce grown in this greenhouse and another one in the city to Whole Foods, local restaurants and food vendors.

The Brooklyn Whole Foods still gets most of its produce from farms big and small all over the world, and only 20 percent of Gotham Greens' produce goes downstairs, Viraj Puri, the company's CEO, tells The Salt. 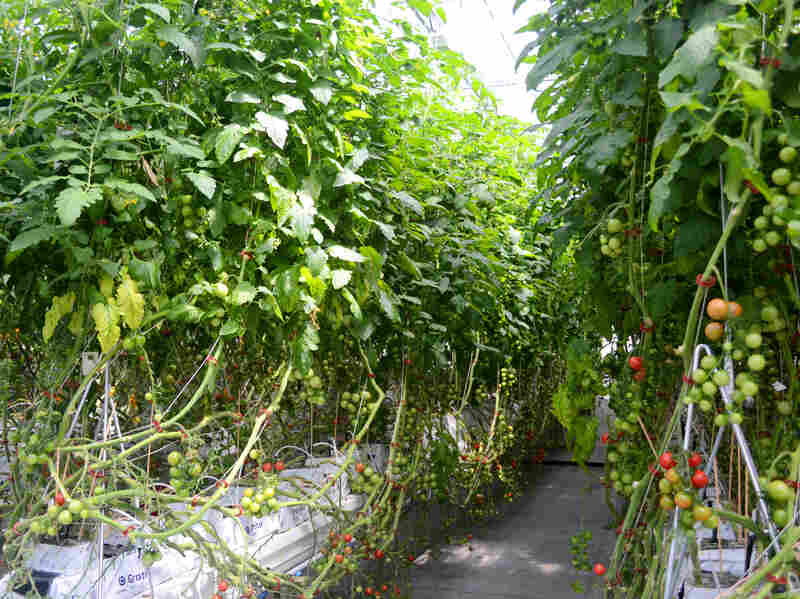 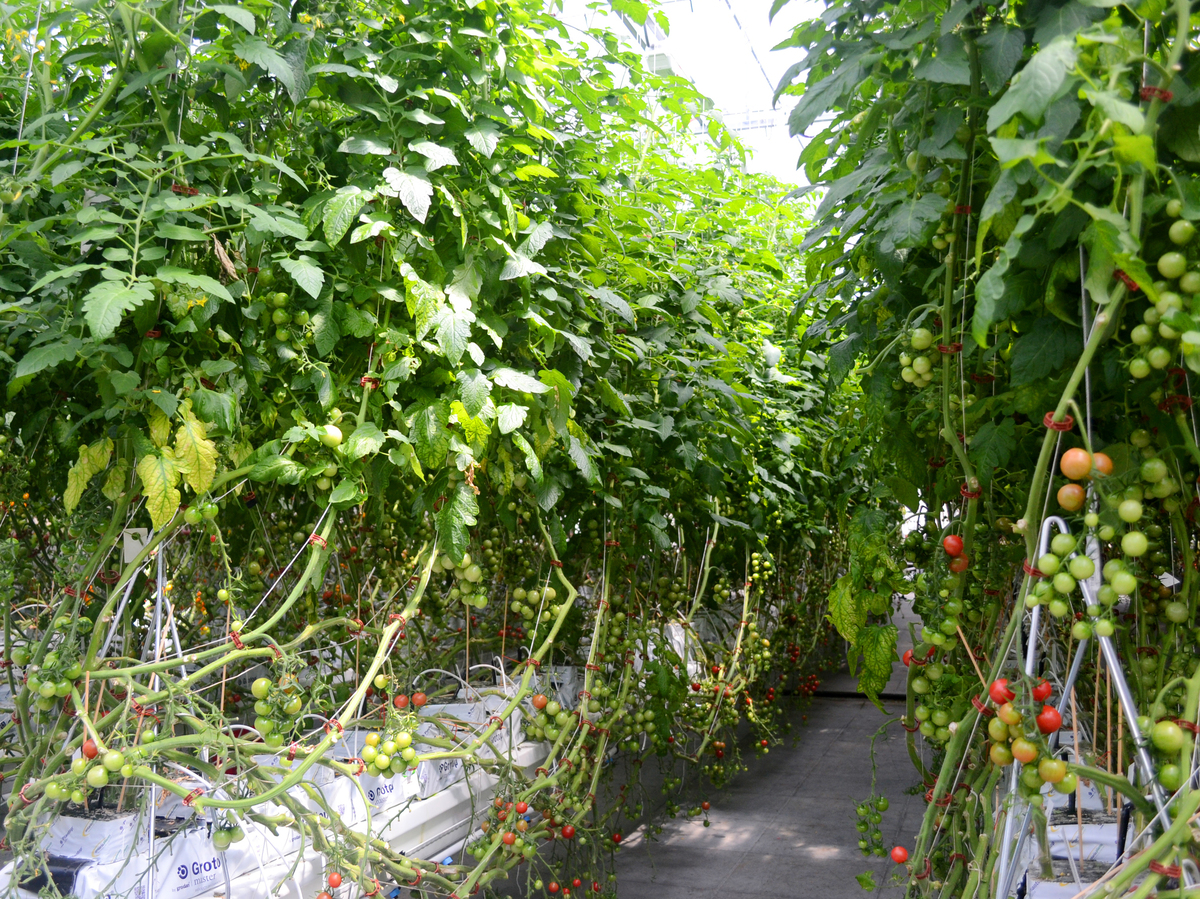 Puri says his produce is competitive because it's extra-fresh. The longest distance it travels is across the city, and the shortest is down a flight of stairs, he says. And while Gotham Greens produce isn't the cheapest option — a basket of tomatoes costs about five bucks — it is priced similarly to other local, organic veggies at Whole Foods.

But can you really taste the difference between something grown a flight of stairs away versus 10 miles away?

To us, Gotham Greens' rooftop tomatoes weren't all that different from the ones you'd find at a farmers' market. But they do give customers more options.

And since the company grows everything in a computer-controlled, hydroponic greenhouse, it can offer organic, seasonal produce like tomatoes and herbs all year round. "They're very coddled plants," Puri says.

If rooftop-to-register isn't über-local and über-fresh enough for you, you'll want to check out the Mini-Farmery, a whole new kind of grocery store where customers can pick their own produce right in the city. 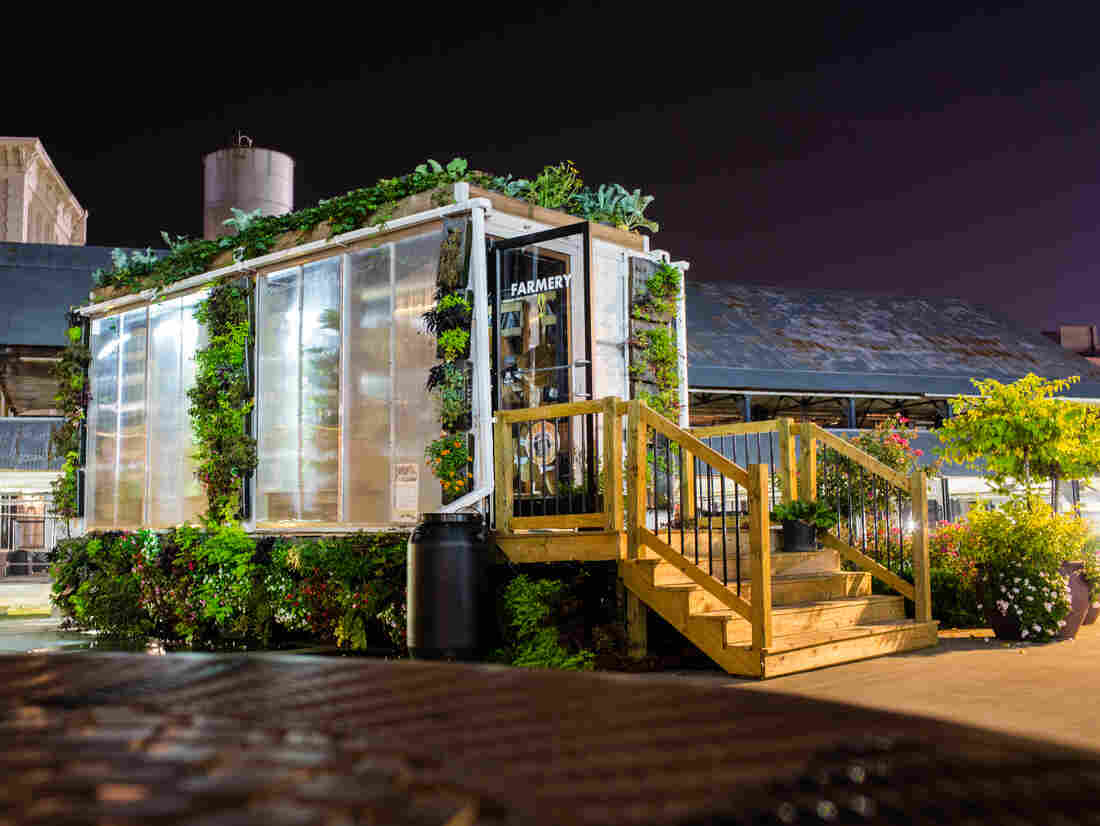 At the Mini-Farmery in North Carolina, greens grow on the walls and customers can pick their own produce. Amy Edwards/New Image Studio hide caption

The prototype shop, in Durham, N.C., is built out of a shipping container. It sells herbs and leafy greens grown on-site in wall-mounted panels, as well as local produce from nearby farms. "You can really see the growing process and understand the value of it," says Ben Greene, who thought up the project as an industrial design student at North Carolina State University.

Greene says the shipping container is just a small bite of what he'd like to build. He's designed prototypes of an 8,000-square foot grocery store (built out of eight shipping containers) with aquaponics included. Fish, fresh veggies and gourmet mushrooms will all be produced in-house, Greene says.

"This model designed to be in urban neighborhoods," Greene tells The Salt. And the target customers will be health-conscious consumers. He says he's talking to developers, but he hasn't finalized where he plans to build the first large-format Farmery. 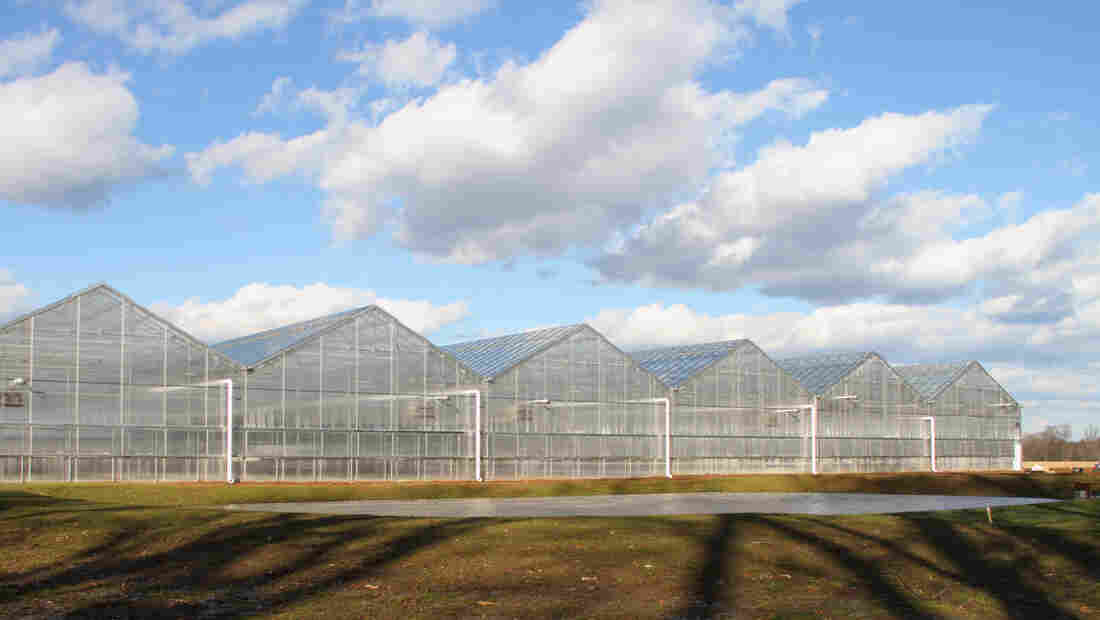 The BrightFarms greenhouse in Bucks County, Pa., supplies produce to a chain of supermarkets in Pennsylvania and New Jersey. Courtesy of BrightFarms hide caption 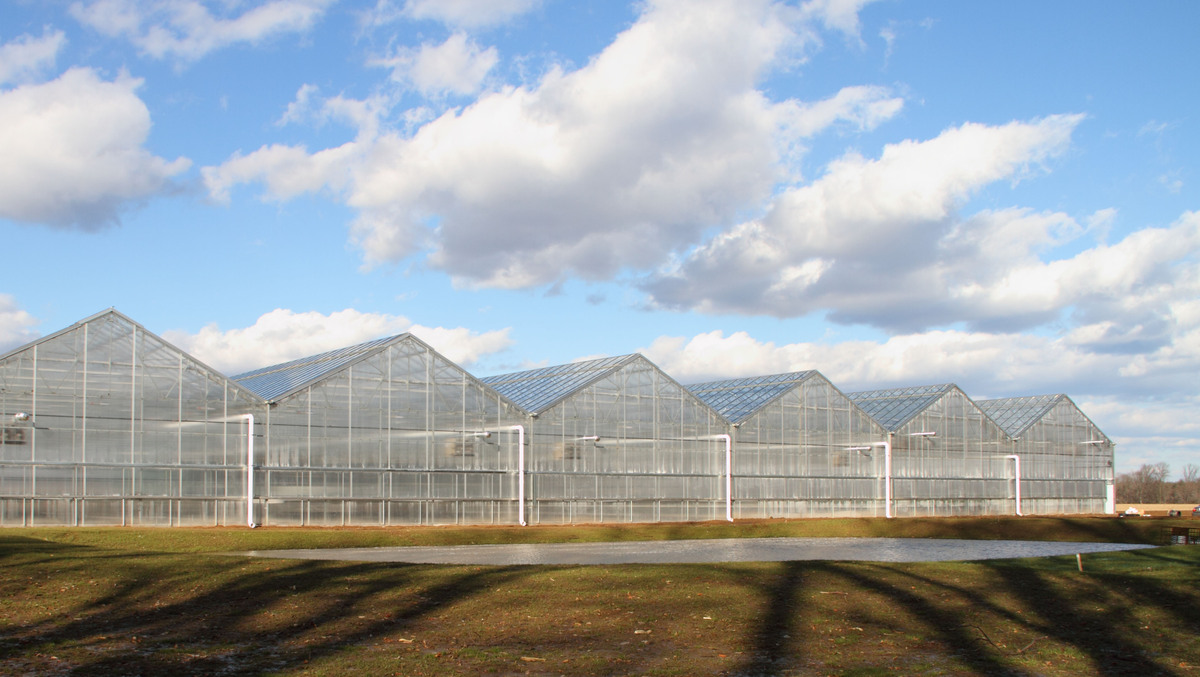 The BrightFarms greenhouse in Bucks County, Pa., supplies produce to a chain of supermarkets in Pennsylvania and New Jersey.

Unlike Gotham Greens and the Farmery, BrightFarms, another firm that's focused on supplying local food to cities, is doing it big. Its business model is based around partnerships with medium and large grocery chains like Giant, to which it supplies produce from hydroponic greenhouses. Its 56,000-square foot greenhouse in Bucks County, Pa., for example, grows greens and tomatoes for McCaffrey's stores all over Pennsylvania and New Jersey.

Tiktinsky tells The Salt the company focuses on produce that normally has to travel long distances. It also makes it easy for big retailers to get in on the hyper-local trend.

"Customers want produce that look uniform, and consistently delivered," Tiktinsky says. And that's hard for a small, local farm subject to unpredictable weather and seasonal limitations to provide. "But we're not trying to displace local growers."

The model seems to be working well for BrightFarms, which is in the process of developing seven new large-scale greenhouse farms all over the country.

Of course, über-locavores have another option, if none of this sounds appealing: Build a micro-garden in your very own home.