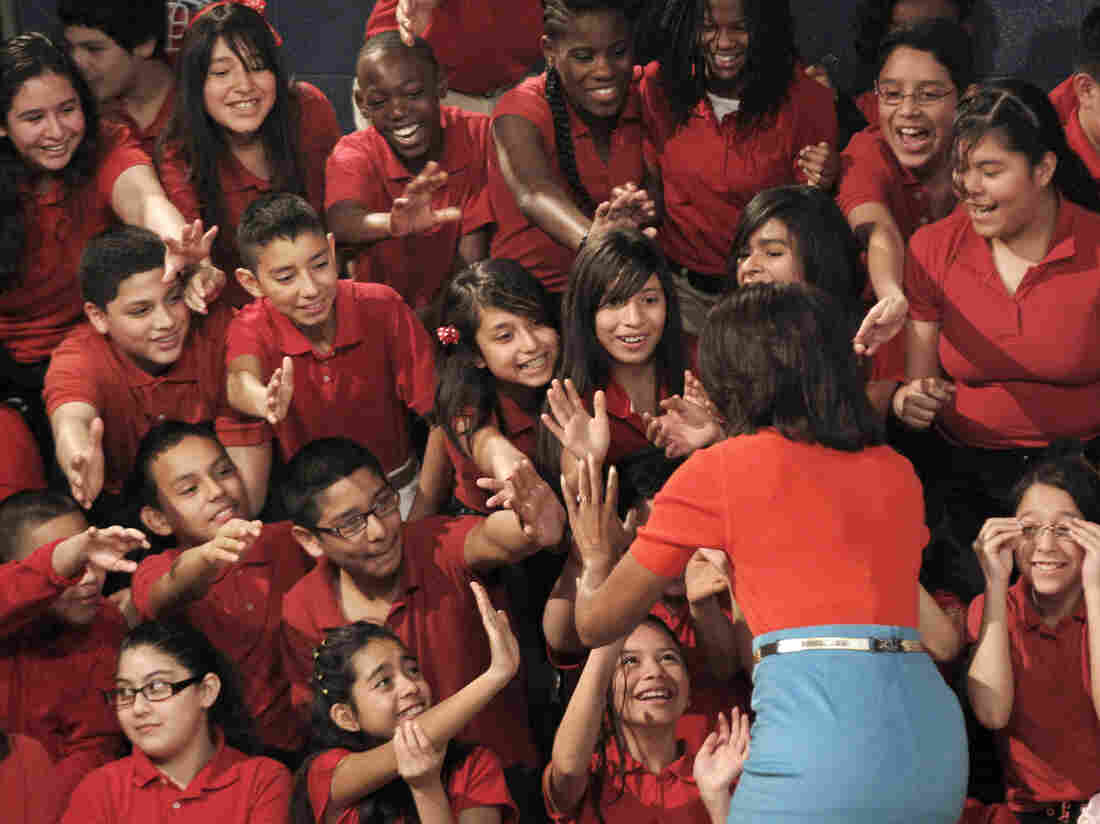 First lady Michelle Obama has been doing a lot of high-fiving with schoolchildren like these in Dallas to promote healthful lifestyles. Now she's diving more deeply into the politics of school lunch. LM Otero/AP hide caption 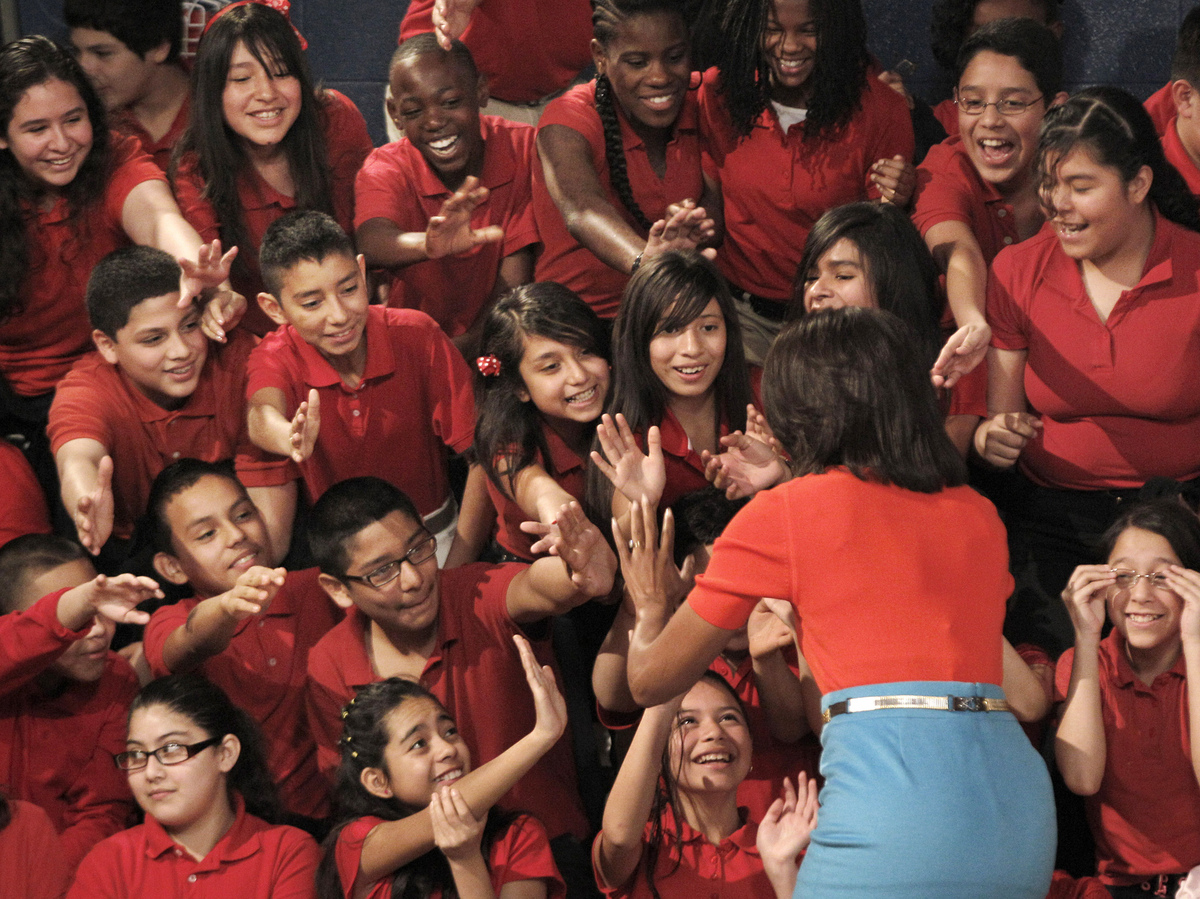 First lady Michelle Obama has been doing a lot of high-fiving with schoolchildren like these in Dallas to promote healthful lifestyles. Now she's diving more deeply into the politics of school lunch.

First lady Michelle Obama is by far one of the most popular political figures in America, because she's largely avoided appearing too political — instead devoting much of her attention to encouraging good nutrition and healthful lifestyles for America's children.

But that cause has run head-on into a congressional fight over stalling some of the nutritional gains of the school lunch program, which she helped put in place.

As Obama sees it, the Healthy, Hunger-Free Kids Act of 2010 is working. Childhood obesity has begun to tick down, and kids are eating more fruits and vegetables in their school cafeterias and choosing whole grains.

"We're starting to move the curve on this," she said at a meeting near the White House Tuesday.

The first lady met with school nutrition directors from districts that like the new menu standards. And she's launching a campaign to defeat congressional efforts to offer districts waivers or change the rules.

"We have to be willing to fight the hard fight now. This is what I tell myself. In 10 or 20 years I don't want to look back with regret and think that we gave up on our kids because we felt like this thing was too hard or too expensive. We owe our kids way more than that," she says.

But, it's complicated. As we reported last week, the food industry and Republicans in Congress are looking to roll back some of the healthful menu changes, or at least delay them.

At a House appropriations subcommittee hearing last week, Alabama Republican Robert Aderholt introduced a provision to give some districts a temporary waiver from the lunch rules.

"I continually hear from my schools in Alabama about the challenges and costs they are facing and their desperation for flexibility and relief so that they can operate a [school meal] program serving healthy foods the kids will eat," he said. The full committee is expected to vote on the measure later this week.

Jean Ronnei, a chief operations officer for the St. Paul (Minn.) Public Schools, is facing challenges. She says currently half of all grains served in her district's cafeterias have to be whole grains. But soon, that will jump to 100 percent.

"We would like some flexibility to offer some items that might not be whole grain," she says.

Ronnei is also vice president of the School Nutrition Association. That group represents school food administrators and also gets money from food service companies. She says schools in the South are struggling to figure out whole grain biscuits or grits. Flour tortillas are a problem, too.

"We've got a lot of students that are coming to us that are used to having white rice, basmati rice, white tortilla shells. And while it's certainly something to be able to offer whole grains, it would be nice to once in a while offer things that students are more accustomed to," she says.

And she says there's another problem with the current rules — kids just don't want to eat their vegetables. But now, schools are required to make students take at least one serving of fruits or vegetables.

"So what might happen is if it's not a popular item then it goes in the trash can, once they've gone through the cashier line," Ronnei says.