Accessibility links
Economic Upswing Has Fewer Americans Receiving Food Stamps : The Salt Last year, about 1 in 7 people in the U.S. were getting food stamps, or SNAP benefits. But the numbers have started to drop as more people find work and better-paying jobs, analysts say. 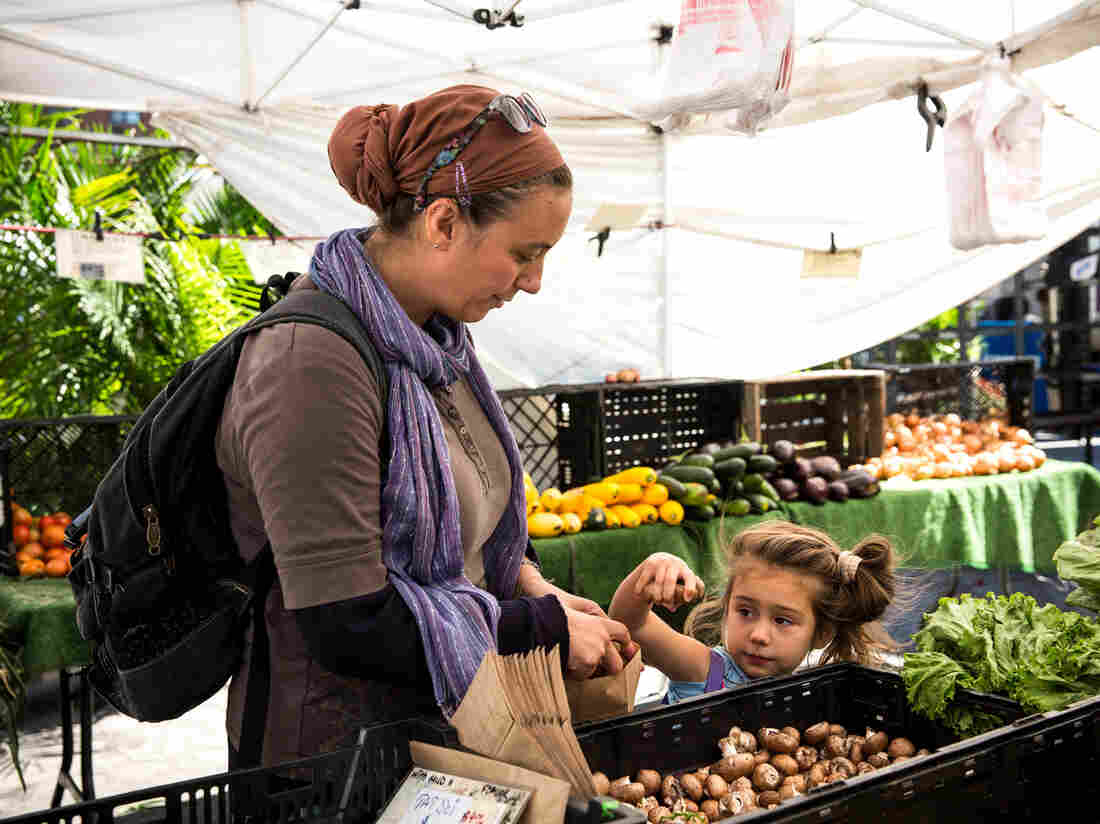 A woman and her daughter shop at a Greenmarket in New York City using Electronic Benefits Transfer, or food stamps. Government data show that fewer people were receiving the benefits in February 2014 than at the peak in December 2012. Andrew Burton/Getty Images hide caption 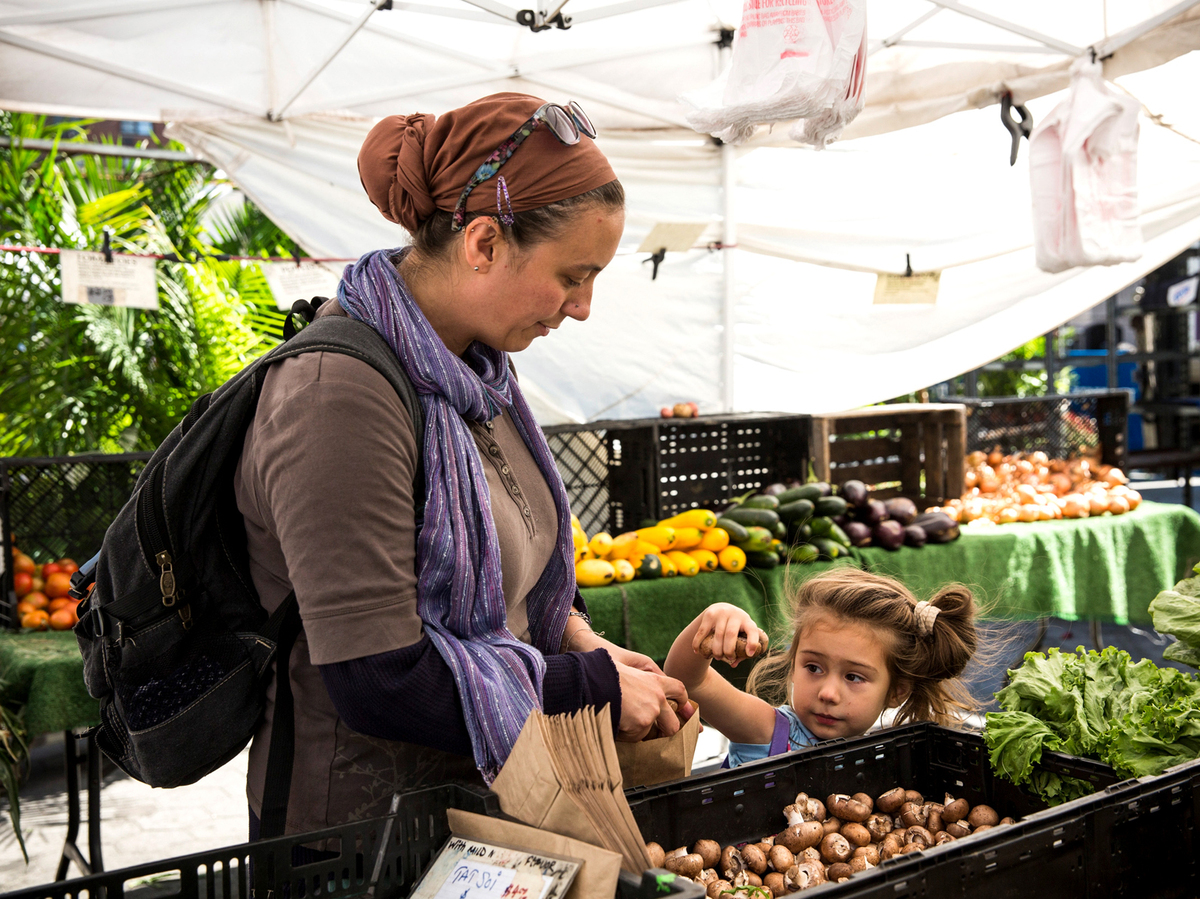 A woman and her daughter shop at a Greenmarket in New York City using Electronic Benefits Transfer, or food stamps. Government data show that fewer people were receiving the benefits in February 2014 than at the peak in December 2012.

Critics of the food stamp program have been alarmed in recent years by its rapid growth. Last year, about 1 in 7 people in the U.S. received food stamps, or SNAP benefits, as they're called. That's almost 48 million people, a record high.

But the numbers have started to drop. In February, the last month for which figures were available, 1.6 million fewer people received food stamps than at the peak in December 2012, according to the U.S. Department of Agriculture, which runs the program.

"It's really showing that the program is doing what it's designed to do," says Dorothy Rosenbaum, a senior fellow at the Center on Budget and Policy Priorities, a left-leaning think tank. "It expanded when the economy was weak and when unemployment was on the rise. And now, as the economy is improving, it's starting to decline."

She says that's just what her group and others predicted would happen as the economy improved. They expected there would be some delay as the benefits of the recovery began to be felt by more low-income Americans.

Rosenbaum says the trend is strong. Caseloads are falling in 47 states, and she anticipates that will continue as more and more people find work, and better-paying jobs.

"I was able to find a new job, where I was making more money with a few more hours," says Katje Hopkins, of Portland, Ore. She, her husband and their infant son started receiving food stamps last year after her hours at a luxury car dealership were cut to only eight a week.

Hopkins says they recently stopped getting SNAP benefits because their economic situation had improved. Not only did she get a better job, her husband got a raise at the hardware store where he's assistant manager.

Still, Hopkins says the $150 a month in food stamps was a big help when they needed it.

"It took care of about two weeks' worth of groceries out of the month," she says. "And we were eating a lot at the time. I was nursing my son, and so my appetite had skyrocketed. ... So it really helped us get through that rough spot."

But Hopkins also noticed in November that her benefits dropped by about $30 a month. On Nov. 1, all food stamp recipients had their benefits cut when Congress failed to extend an increase approved at the height of the recession.

And that change — along with declining enrollment — is making a big dent in the bottom line. The food stamp program is now costing taxpayers about half a billion dollars less a month than it did last year.

"I think we shouldn't get too excited over short-term trends, up or down. What we need to do is look at the long-term projections," he says.

Tanner notes that the nonpartisan Congressional Budget Office predicts that food stamp spending will still be high — about $71 billion a year — a decade from now.

"We expected some decline. We're seeing that," says Tanner. "The problem is we don't go back to pre-recession levels."

He and many Republicans complain that the program has grown out of control, in part because states waived work requirements for recipients during the recession. There's also been an aggressive effort by the government to sign up everyone who's eligible for help.

Still, Rosenbaum says only 79 percent of those eligible for food stamps receive them. She thinks there's another reason enrollment is down. As monthly benefits drop, some people might decide it's not worth the trouble applying.