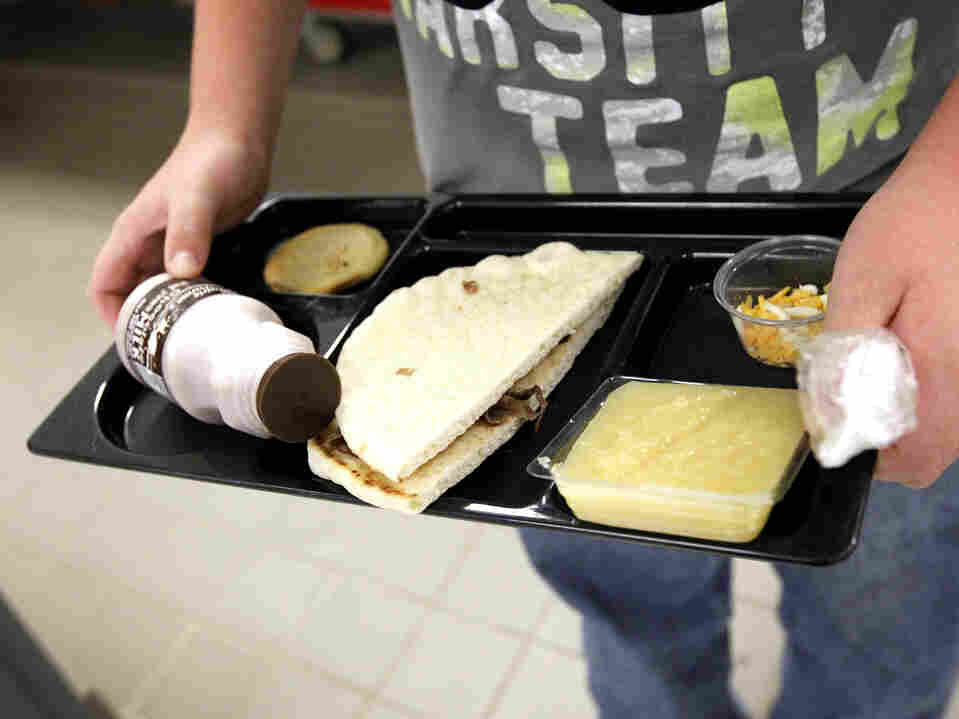 Currently, half of all products served in the school lunch program must be "whole-grain rich," which USDA defines as products made of at least 50 percent whole grain. According to the new standards, by the start of the next school year, schools must use only products that are whole-grain rich. Rogelio V. Solis/AP hide caption 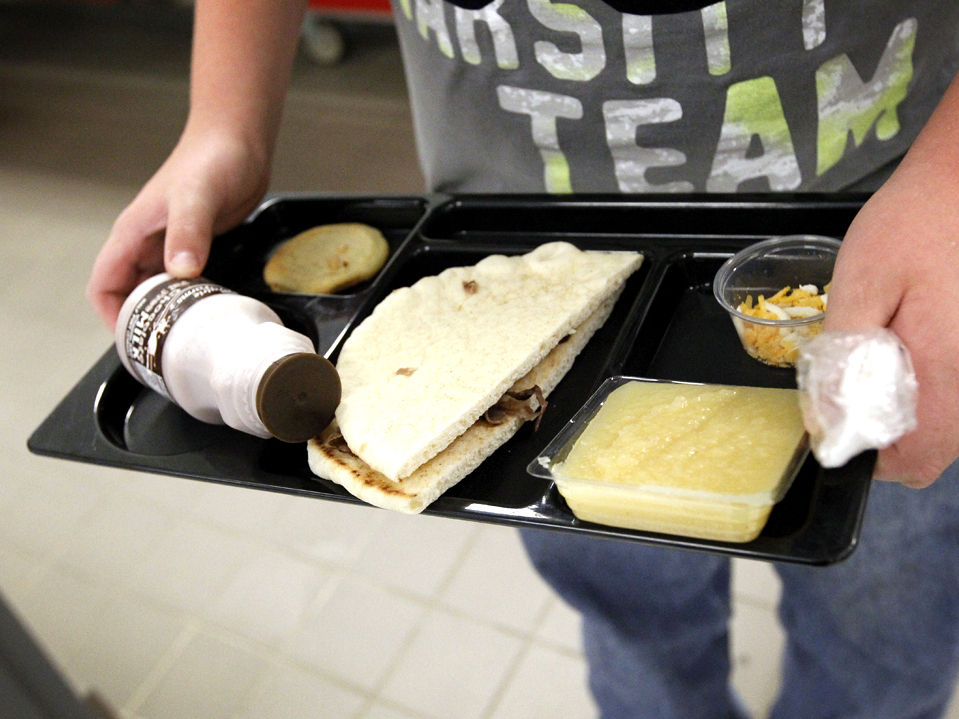 Currently, half of all products served in the school lunch program must be "whole-grain rich," which USDA defines as products made of at least 50 percent whole grain. According to the new standards, by the start of the next school year, schools must use only products that are whole-grain rich.

We told you about lawmakers' proposal to give some school districts a way to temporarily opt out of the new, federal healthy school lunch standards.

The waiver provision was put forward by Alabama Republican Robert Aderholt, who says he supports healthy meals for school kids, but has heard complaints from schools in his district about the challenges of mandating kids to eat more fruits, vegetables and whole grains at lunch.

This week, the waiver provision moved a step closer to passage when the House Appropriations Committee approved the measure as part of the Appropriations Bill. An amendment offered by California Democrat Sam Farr to block the waiver failed in a straight party-line vote. 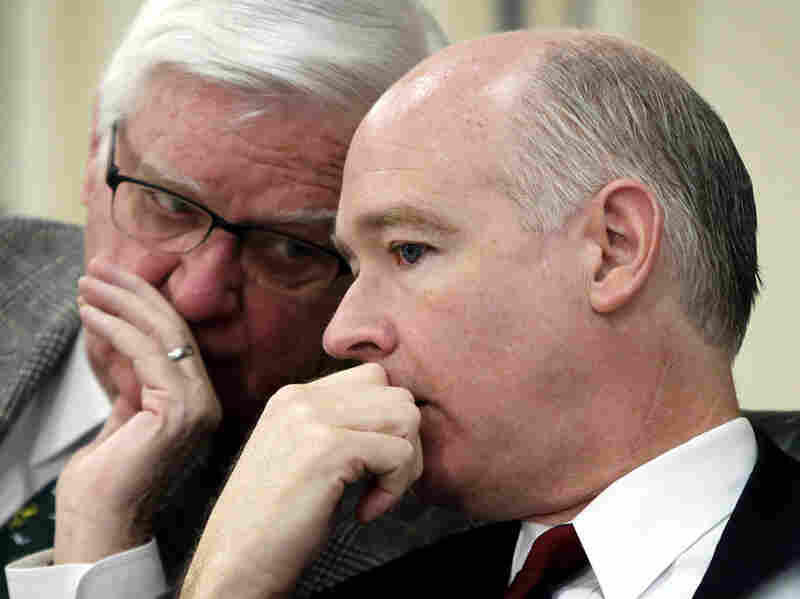 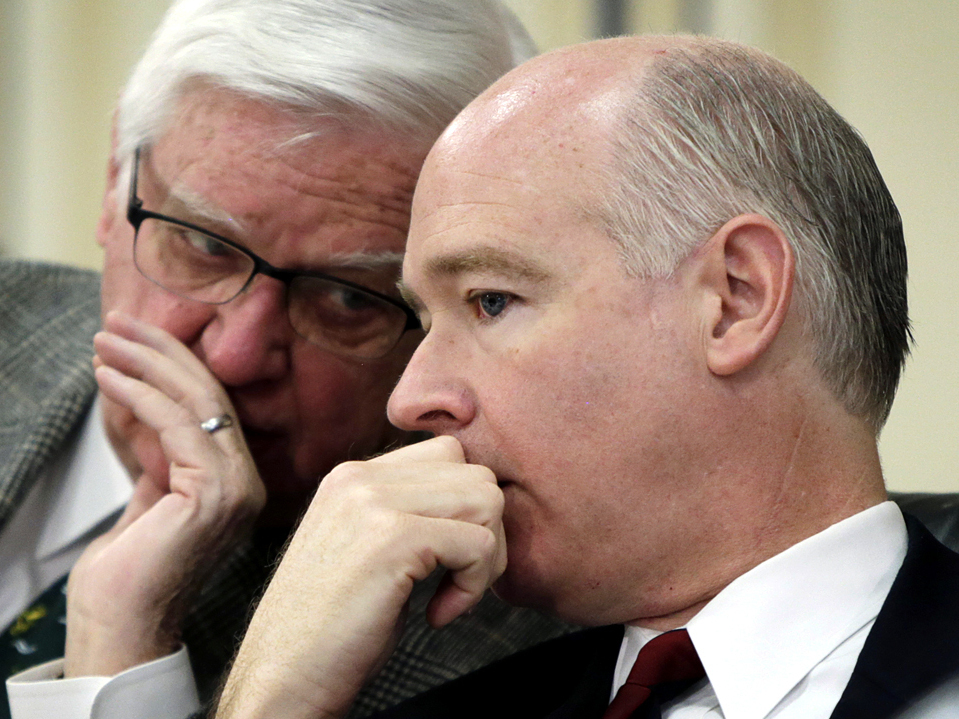 Lawmakers' attempts to use the appropriations process to tweak the rules put in place by the Healthy, Hunger Free Kids Act has left many healthy advocates crying foul.

"By giving special interests a seat at the school lunch table, some members of Congress are putting politics before the health of our children," wrote Nancy Brown, CEO of the American Heart Association.

Margo Wootan of the Center For Science In The Public Interest echoed this criticism in a statement: "The House waiver proposal is an attack on kids' health dressed up as a favor to schools."

She adds: "Perhaps it's more a favor to the pizza companies, French fry makers, steel can manufacturers, and any number of corporate special interests that think the school lunch program is their own ATM."

The School Nutrition Association, which represents school food managers and is financially supported by food service manufacturers, hired the lobbying firm Barnes & Thornburg LLP to help make its case on Capitol Hill for the waiver. The firm also helped push for additional delays in implementing sodium and whole grain standards.

After the vote, the SNA applauded the action on the House Appropriations Bill. The group says they're not looking to roll back nutrition standards.

"This will not halt the progress in school cafeterias; it is a temporary reprieve to allow schools to catch up," SNA President Leah Schmidt said in a statement.

The SNA says the waiver is aimed at helping school cafeterias that are operating at a net loss. Since the standards were put in place in 2012, more than a million fewer students choose school lunch each day. And this lower participation rate may play a role in putting some school cafeterias in the red, the group says.

The USDA, which administers the school food programs, says it's working hard to accommodate schools that are struggling to implement the changes. For instance, there's grant money available as well as technical assistance.

And in a call Thursday with reporters, Agriculture Secretary Tom Vilsack expressed strong opposition to the waiver.

"What is ill-advised is a waiver process that would open up the Healthy, Hunger-Free Kids Act to a reversal," Vilsack says.

"[A waiver] would be an implementation nightmare — to audit the books of school districts" to determine if they're struggling financially, he says. "It's not workable."

Vilsack says 90 percent of schools are already in compliance with the HHFKA, and he says it's a myth that the school food system as a whole is losing money.

"School districts are seeing an increase of $200 million dollars," Vilsack says, compared to what they were receiving before the enactment of the new standards. And he points to the extra six cents per meal that schools get in reimbursement from the federal government.

The waiver has several more legislative hurdles before it could pass. The House of Representatives will consider the bill in the coming weeks. And, ultimately, the waiver proposal would need to make it through the House-Senate appropriations conference.