Accessibility links
How A Food Stylist Made Squirrel And Earthworm Look Appetizing : The Salt Environmentalists say we should eat up animals that are an ecological nuisance. Problem is, they don't usually look very tasty. A photo project tries to alter our perception of these critters.

How A Food Stylist Made Squirrel And Earthworm Look Appetizing

How A Food Stylist Made Squirrel And Earthworm Look Appetizing 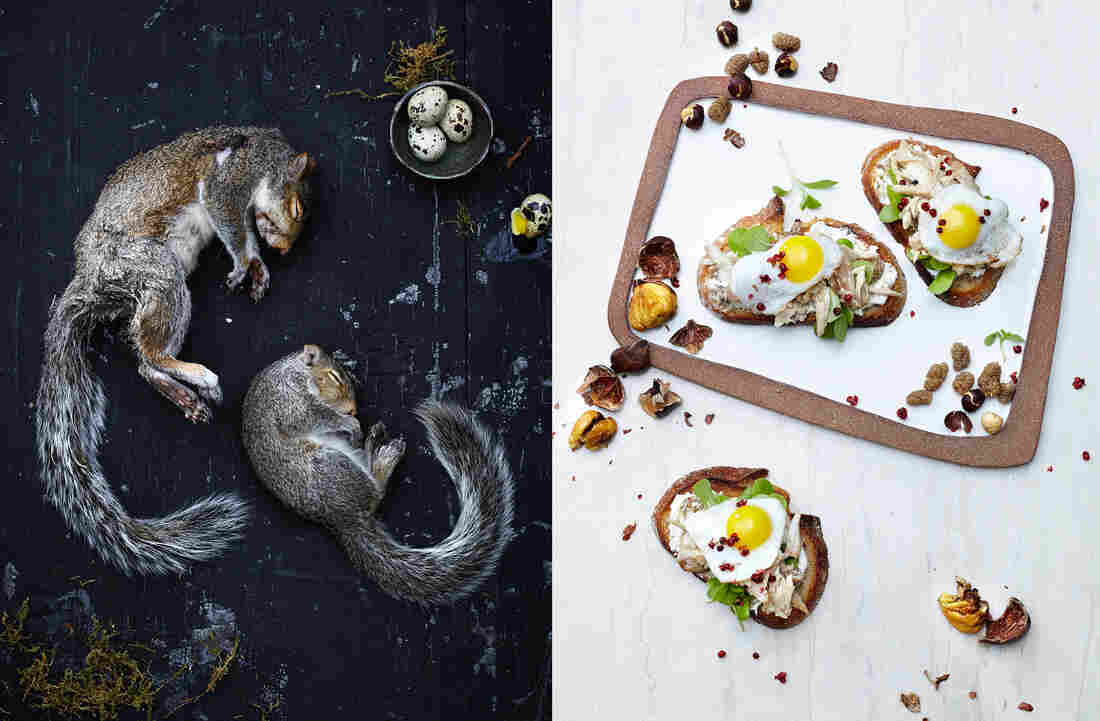 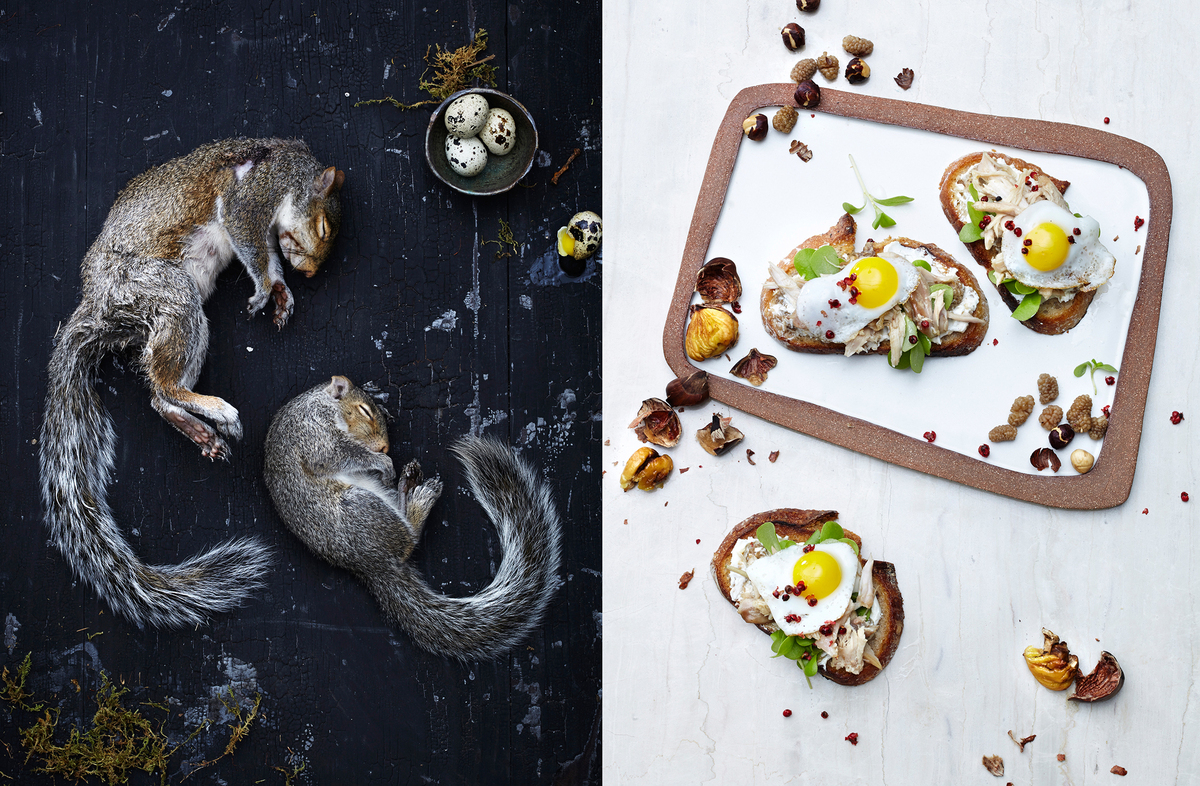 Communities around the world are increasingly overrun by invasive critters. Gray squirrels, which are native to North America, are an ecological nuisance in England. And nutria — or swamp rats, colloquially — from South America are destroying wetlands in the Gulf Coast states.

Scientists have said that one way to deal with these creatures is to eat them up. The problem is, they don't seem very appetizing. While some of these critters might be perfectly edible, they can't really compete with hamburgers or cupcakes. 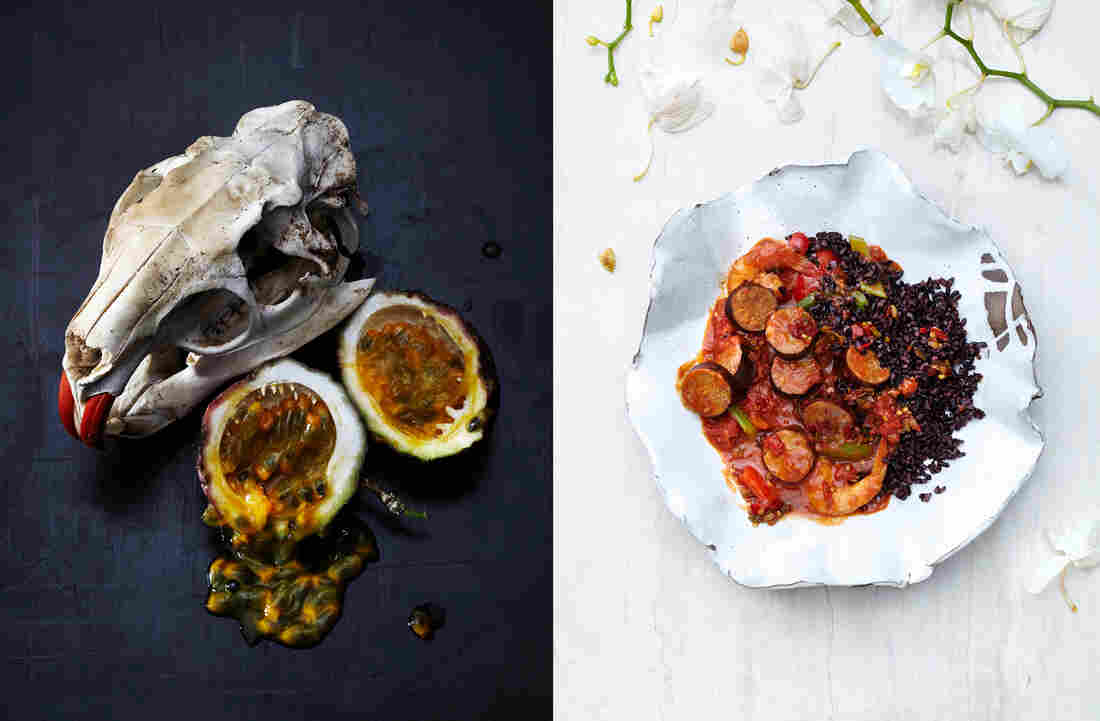 But what if swamp rat could be made to look just as mouthwatering and gourmet as a prime rib? That's what food stylist Michelle Gatton, photographer Christopher Testani and art director Mason Adams, all based in New York, set out to do in a photo series called Invasive Species: Envisioning the Future of American Food.

"We want people to perhaps question what they could actually sit down and enjoy," says Gratton. 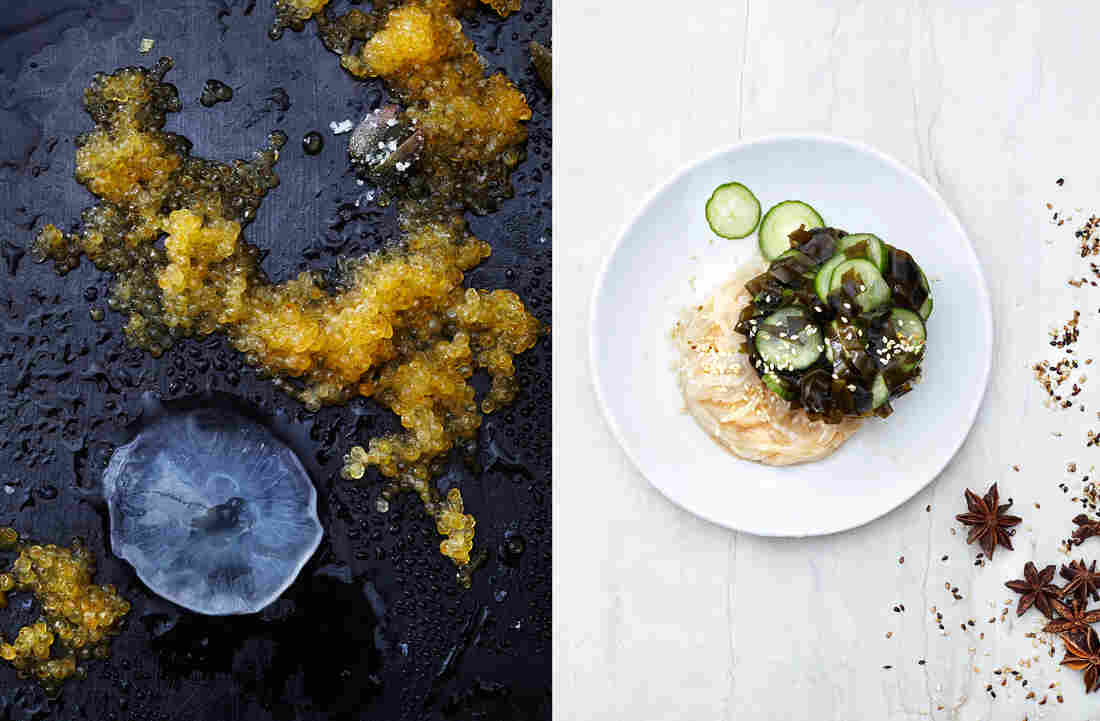 The series features lionfish, jellyfish, periwinkles (a type of snail), Canada goose, earthworms and wild boar — in addition to nutria and squirrel. All of them are invasive at least somewhere. 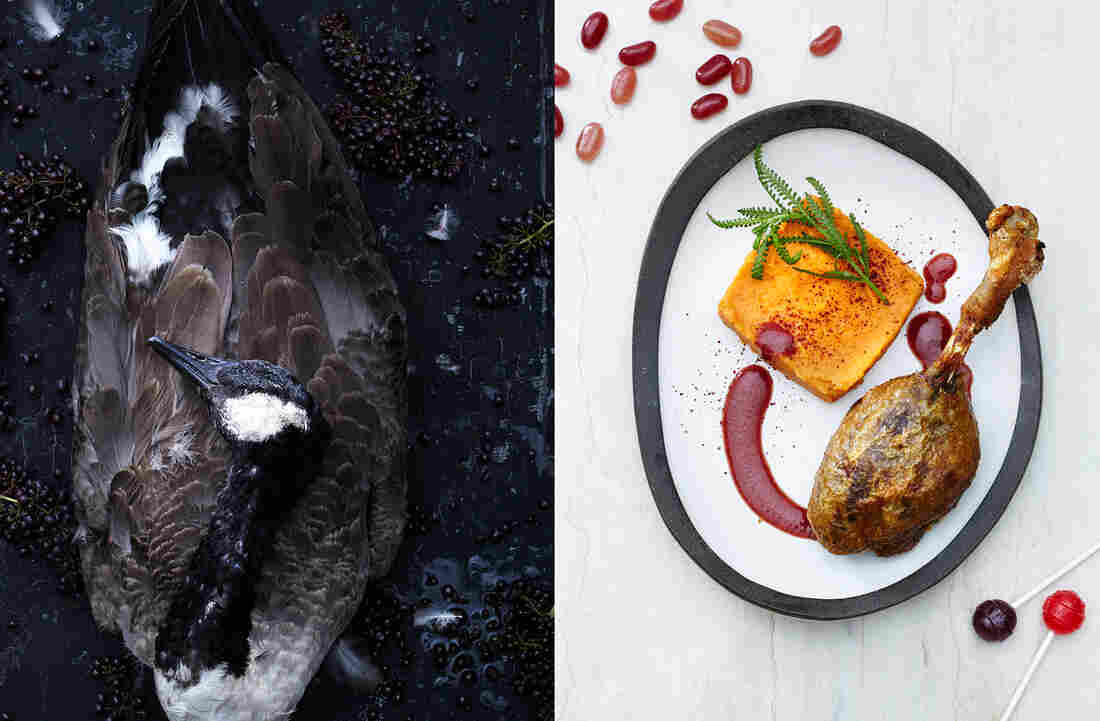 Most of us don't mind geese, but the Canadian variety have become a nuisance in New York. And while we may think earthworms are beneficial for the garden and make for excellent fishing bait, scientists say nonnative worms are damaging hardwood forest in the Great Lakes region.

To help change our perception of these quotidian — even creepy — critters, Gatton says she styled both the raw ingredients and the complete meal. "I wanted them all to look upscale," Gatton says. "These are something you could get at a fancy restaurant, something you would pay $25 or $30 for." 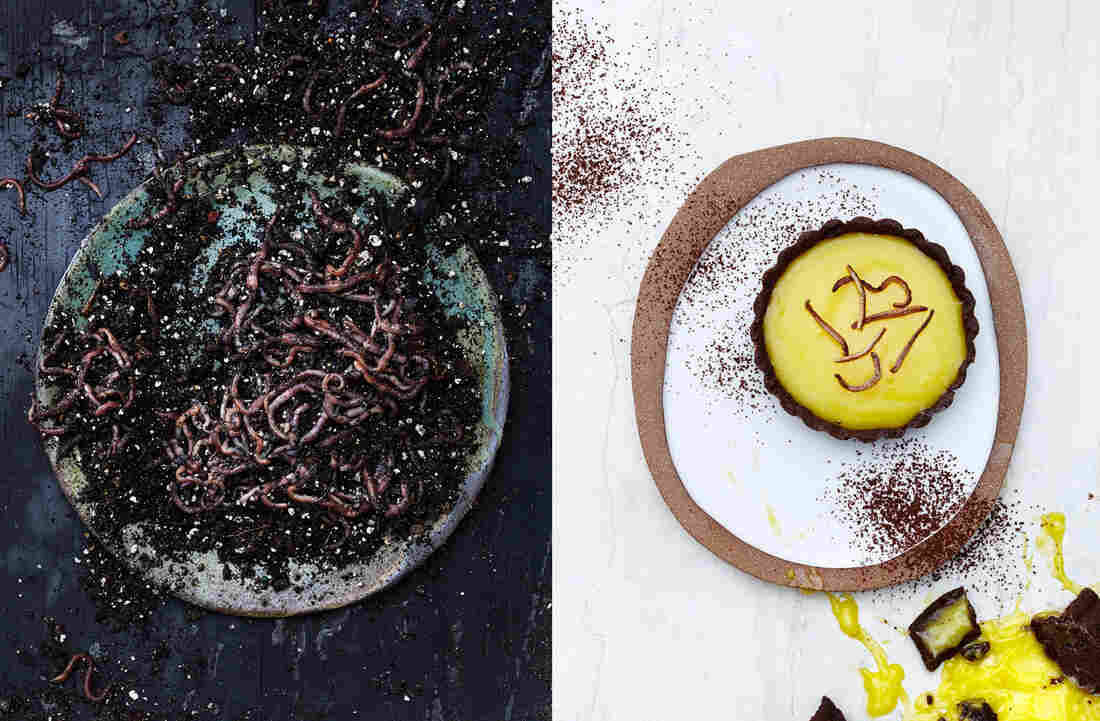 As a young girl growing up in Iowa, Gatton says, "I remember my neighbors skinning squirrel in their garage." Back then it was a shock, she says. But nowadays, "I'll eat anything. I'll try anything."

For this project, she was inspired by Miya's, a restaurant in New Haven, Conn., that serves up a variety of dishes with invasive sea creatures.

Once Gatton and art director Adams came up with the idea for the photo series, she started by researching invasives online.

She then tracked down all the ingredients (with a little help from some hunter friends), and scoured blogs and Internet forums to find the best ways to cook them up.

The dishes she eventually concocted include a squirrel crostini, swamp rat gumbo, a peanut butter and jellyfish salad, and a lemon earthworm tart.

Testani, the photographer, says the dishes were as delicious as they look. "I thought the squirrel crostini was really good," he says. "And the peanut butter and jellyfish was really interesting."

He says he hopes these photos will nudge people out of their culinary comfort zones. "The biggest challenge," he says, "was to present these things in a way that's graphic, but not at the same time gruesome."