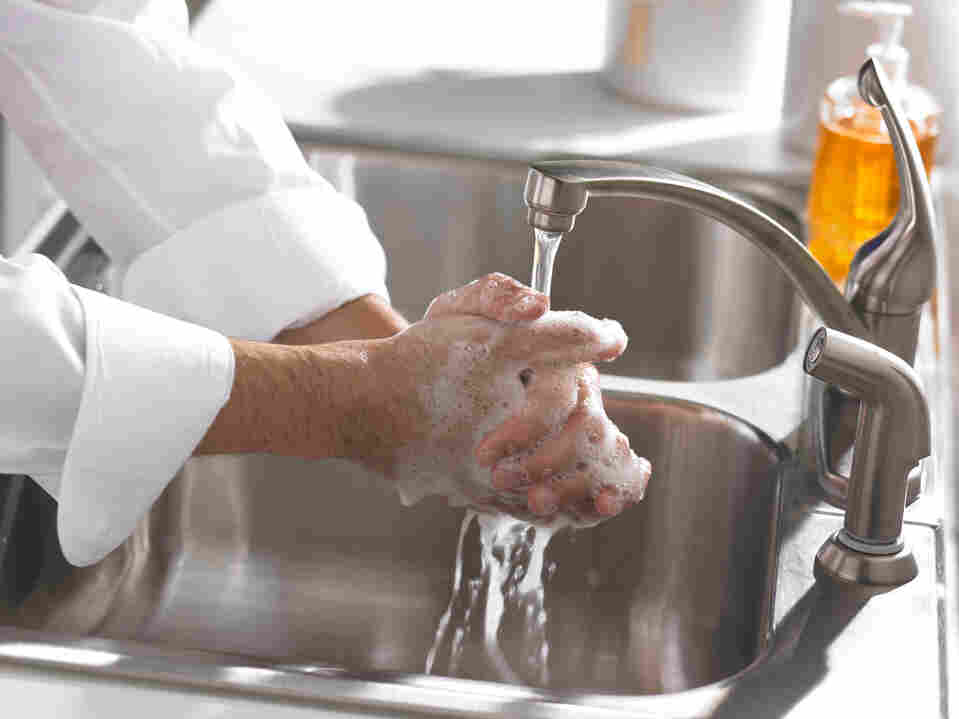 The CDC says the food service industry could prevent transmission of norovirus by enforcing hand-washing. U. S. Department of Agriculture/Flickr hide caption 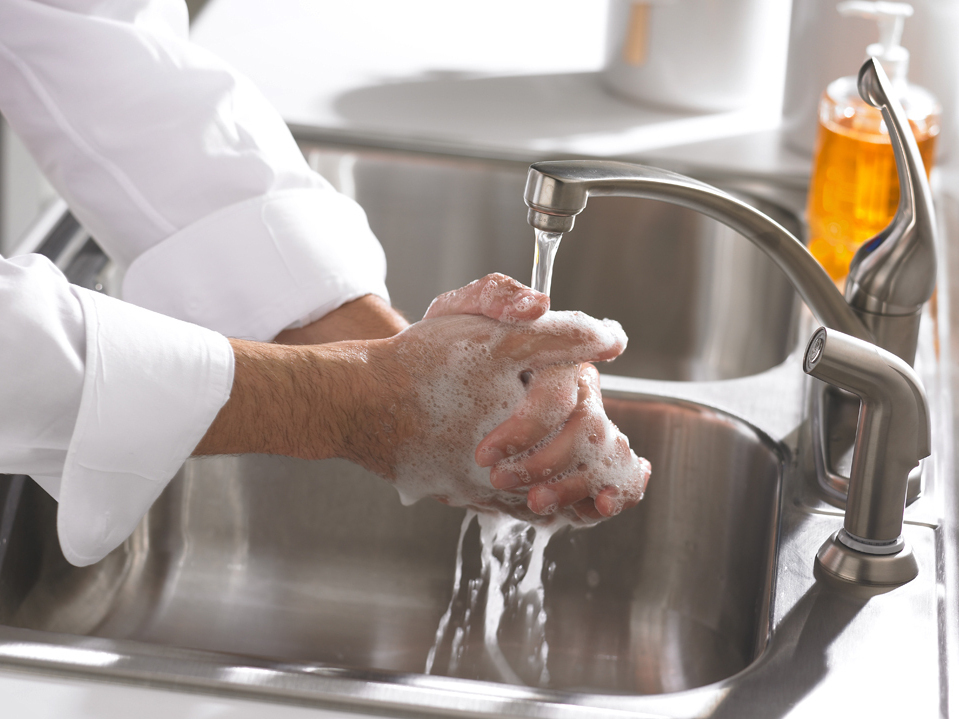 The CDC says the food service industry could prevent transmission of norovirus by enforcing hand-washing.

U. S. Department of Agriculture/Flickr

If you follow the news on nasty, contagious norovirus, you might assume that the place you're most likely to get it is on a cruise ship. For one, there was that outbreak earlier this year when a group of passengers got sick with severe vomiting and diarrhea on a Royal Caribbean boat.

Or recall the Carnival cruise case of 2006, in which more than 600 passengers and crew members fell ill with the bug.

But a new report from the Centers for Disease Control and Prevention finds you are far more likely to catch the bug in a restaurant or cafeteria than on a cruise ship.

Cruise ships account for only 1 percent of reported norovirus cases, while the other 99 percent of the 20 million annual infections are happening all around us, all the time, often in sporadic, one-off cases or in small clusters.

Foodborne transmission accounted for 1,008 outbreaks, or about 25 percent, of those reported between 2009 to 2012, the CDC says. The other main way of transmitting the virus is by direct person-to-person contact, which accounts for about 70 percent of outbreaks.

But as far as foodborne pathogens go, norovirus is king, accounting for about half of all outbreaks reported to the CDC between 2009 and 2012. (Here's a breakdown of sicknesses from other pathogens)

"Norovirus is the leading cause of foodborne disease outbreaks and illnesses in the U.S.," the CDC's Aron Hall tells The Salt.

So how is this happening? Through infected food workers — from cooks and handlers to servers and waiters. They're responsible for about 70 percent of reported norovirus outbreaks from contaminated food.

"The typical scenario ... involves an infected food worker who is preparing foods, particularly handling them after they've been cooked," says Hall. And then, the food is served to a customer who goes on to get sick.

Also, the virus stays on countertops, spoons and other kitchen surfaces for up to two weeks. And hand sanitizers won't necessarily kill it.

As consumers, we're told that the best strategy to prevent foodborne illness from bacteria, such as salmonella, is to cook our food well. This kills off the pathogens that can harm us.

But this strategy doesn't seem to be very effective in preventing norovirus transmission in the restaurant setting. It's not that heat doesn't kill the virus. It does — above 140 degrees Fahrenheit.

But, unfortunately, in 92 percent of reported norovirus cases in which a particular food was pegged as the culprit, the food was contaminated by infected food workers during the final preparation step, after the food was cooked, "perhaps assembling a sandwich or a salad," Hall says.

Hall says the food service industry could improve prevention efforts by enforcing hand-washing. But he also points to the need for sick leave for infected food workers.

"We really want to call upon the food service industry to work with public health to help foster an environment where food workers can stay home when they're sick," Hall says.

Of the 20 million people who get sick from norovirus each year, the CDC estimates somewhere between 56,000 and 71,000 are hospitalized.