Accessibility links
Hydroponic Tomatoes May One Day Be Tastier Than Ones Grown Outside : The Salt Advances in greenhouse technology have made growing flavorful tomatoes year-round easier. And scientists say climate change may soon make it harder to grow delicious tomatoes outdoors in fields. 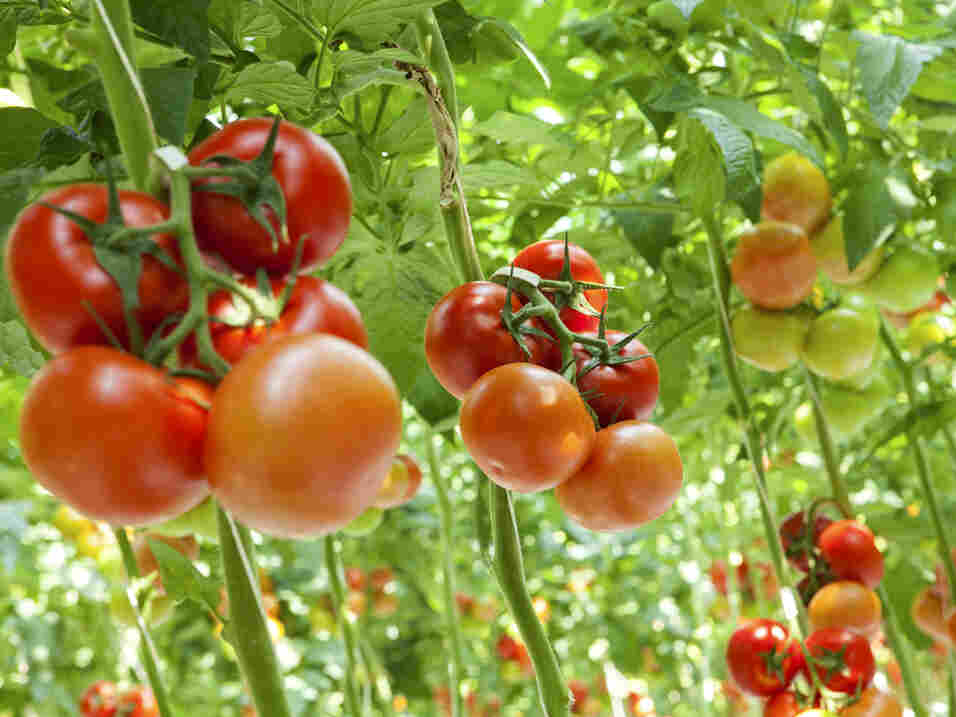 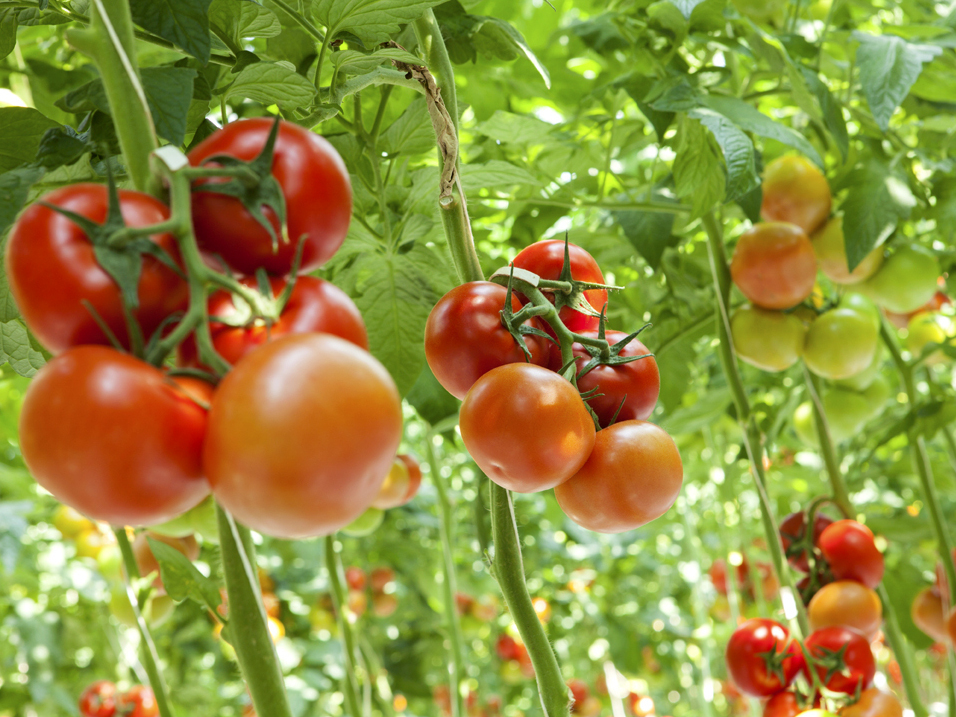 Peak tomato season — July through September here on the East Coast — is almost upon us, and the anticipation is palpable. Before we know it, those super sweet, juicy fruits, grown outdoors under the hot sun, will be back in abundance.

We tend to fetishize summer tomatoes, especially heirloom varieties like Brandywine and Cherokee Purple, and regard them as the pinnacle of tomato flavor.

But according scientists who specialize in growing food in hydroponic greenhouses, some tomatoes bred for the indoors are now just as flavorful as the ones grown outdoors in perfect summer conditions.

"Heirloom tomatoes [are] full of flavor and taste and color and nutritional value," says Gene Giacomelli, who directs the Controlled Environment Agriculture Center at the University of Arizona. "But we can do that in the greenhouse with new varieties."

Good tomato flavor, as we've noted, is a complex combination of sugars, acids and gasses we experience as smell. And it depends on a variety of factors, including breeding and temperature, Neil Mattson, co-director of Cornell University's Controlled Environment Agriculture program, tells The Salt.

More tomatoes are being bred to thrive indoors, and the environmental conditions that make for a perfect outdoor tomato can now be replicated in greenhouses, too. That's becoming increasingly important now that global warming is making outdoor farming less predictable.

"When you're in the open field, you don't have consistency," says Giacomelli. Greenhouse growers don't have to worry about a heavy rain or a cold spell ruining their fruit.

As we've reported, there's been a lot more research and investment in hydroponic greenhouses — which allow farmers to grow crops like tomatoes without soil – in recent years as consumers have demanded more and better fresh vegetables year-round.

"There's kind of this whole wide range of techniques you can use to grow tomatoes off season," Mattson says. Between 2007 and 2012, greenhouse tomato production more than doubled, according to the U.S. Department of Agriculture.

That doesn't mean all the tomatoes currently being grown in greenhouses are flavor bombs. Flavor sometimes gets sacrificed for high yield and ripening time in greenhouse operations, just as it does in the production of commercial field-grown tomatoes.

"The greenhouse is this expensive structure that we're paying a lot to heat and cool and light," Mattson says. Farmers often need to grow a lot of tomatoes to make up for the high cost of building and maintaining them.

How To Grow The Tastiest Tomato? One Secret's In The Soil

And just like the field-grown varieties, many greenhouse-grown fruit are harvested before their peak and travel long distances before they end up in a supermarket, he says.

But that's all changing as demand for high-quality, locally grown produce rises.

Some producers are now building high-tech greenhouses close to urban supermarkets. Gotham Greens, based in New York City, grows hydroponic tomatoes year-round and sells them to local restaurants and supermarkets. And Backyard Farms, based in Maine, supplies its hydroponically grown crop to nearby markets in the Northeast.

The advantages of a greenhouse are that growers can control the amount of heat and light their crops get, Giacomelli tells The Salt. Many are equipped with artificial lights that growers can switch on when sunlight is scarce. And the hydroponic system allows them to control pretty much everything else.

For example, field growers know that dry weather makes for the best tomatoes, since too much water can dilute flavor, Giacomelli says. Hydroponic farmers can emulate drought by adding a bit of salt to the crops' nutrient solutions, which limits the amount of moisture the plants are able to absorb. "But, of course, this will slightly reduce yield," he says.

That's not to say we'll value the summer harvest any less. "In the end I still love growing my own tomatoes in my backyard in the summer," Mattson says. "It's psychological, but I think they taste best."