Accessibility links
Brewers Have Been All Bottled Up, But Now They're Canning It : The Salt Cans are making a comeback in the beer world. They're cheaper and lighter, and have an old-school cachet. But those ubiquitous bottles aren't going away anytime soon, say brewers. 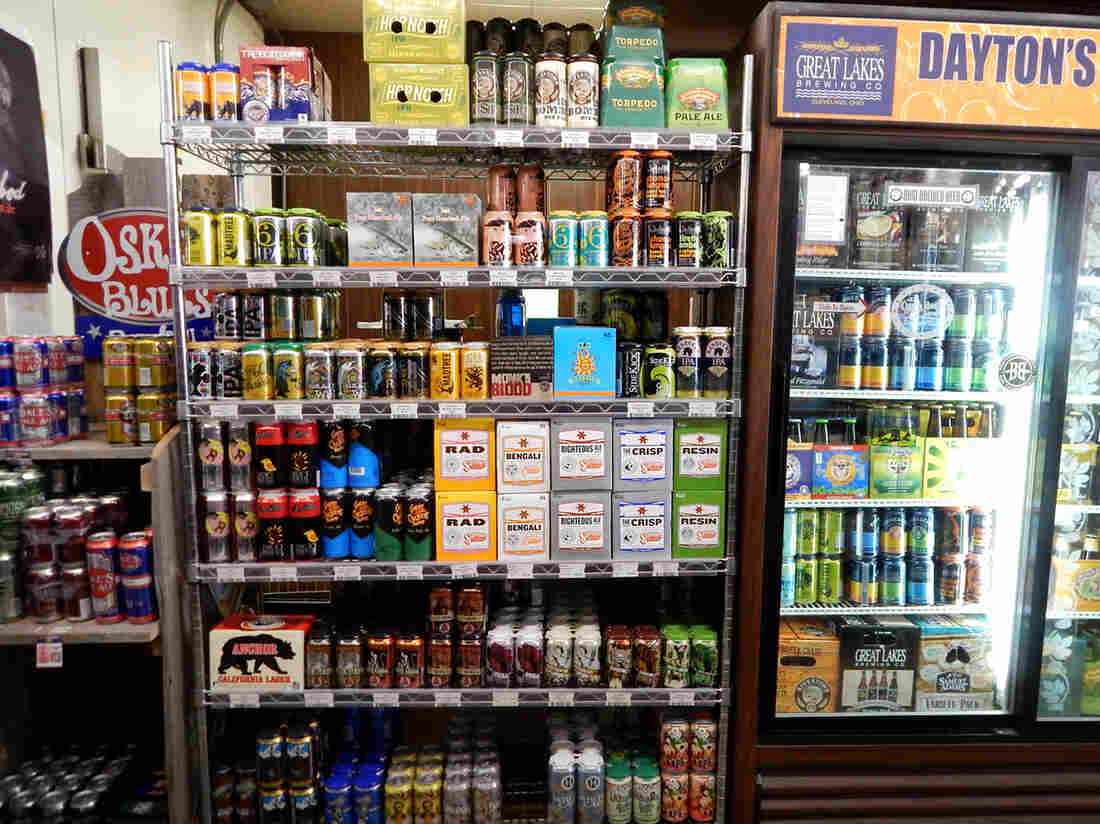 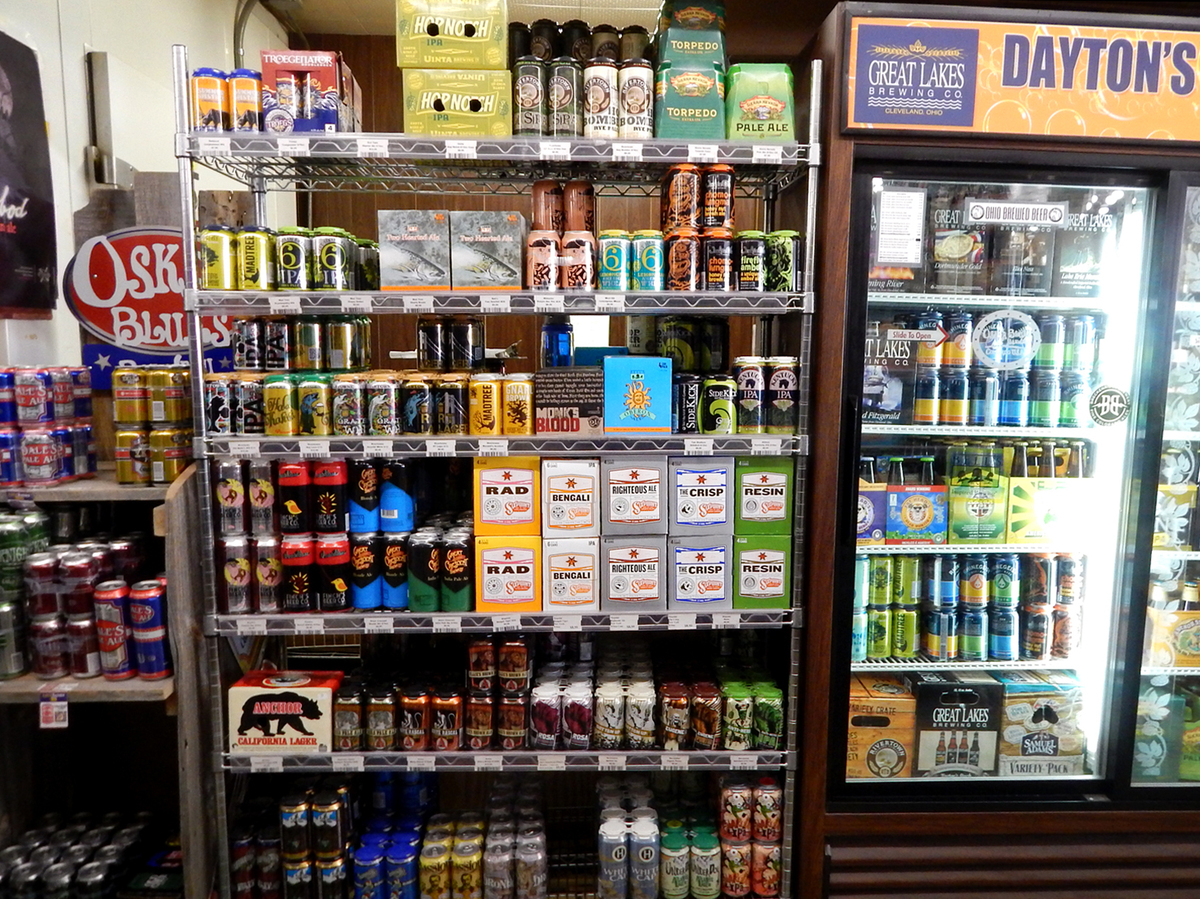 You may have noticed a trend clinking around on the shelves of your local liquor store: More and more fancy craft beer is showing up in aluminum cans.

For decades, canned beer was the stuff you bought cheap — the PBR or Natural Ice — bottom-shelf beer. But that layout has changed: The number of craft breweries putting their beer in cans has more than doubled since 2012, according to Russ Phillips, author of a recent book about the art gracing those craft beer cans and manager of the website CraftCans.com. He says five years ago, just a few dozen craft brewers in the U.S. were canning, while today there are more than 500. It seems the association of canned beer with cheap, watery stuff has been gradually washing away.

Can advocates and brewers who are choosing cans say there are clear advantages over bottles: The beer in a can cools faster. The can protects from beer-degrading light. Beer cans are portable and take up less space, advantages both for retailers and for consumers who want to take them camping, hiking or fishing. (See our 2009 piece on Alaska's beer can craze.) There's also more space on a can for wraparound design and decoration.

But there were reasons for the popularity of glass in the first place: While glass bottles take longer to cool down, they also stay cold longer once they come out of the cooler. Plus, glass producers and plenty of brewers will tell you translucent amber glass has been working fine to protect beer from light and air.

The biggest selling point for the bottle, though, is flavor. There's at least a perception that cans impart a metallic taste, whereas liquid stored in a bottle comes out tasting pure. 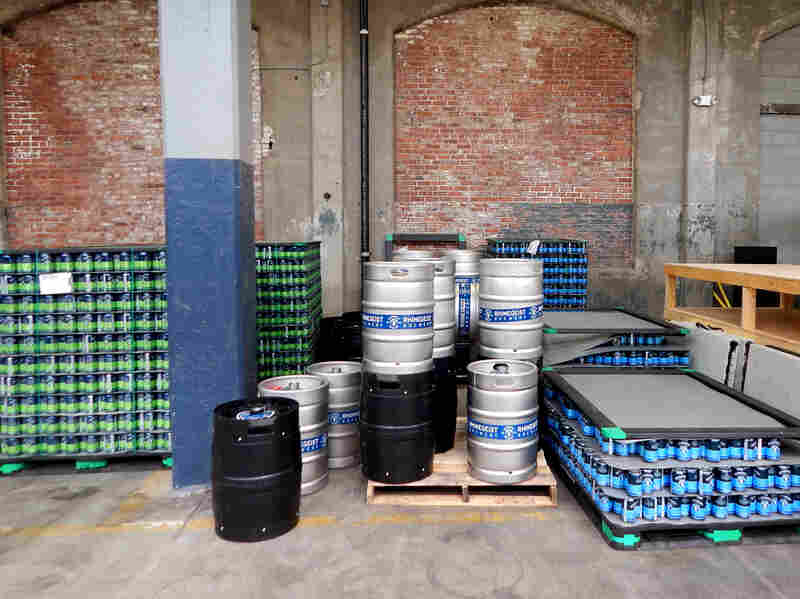 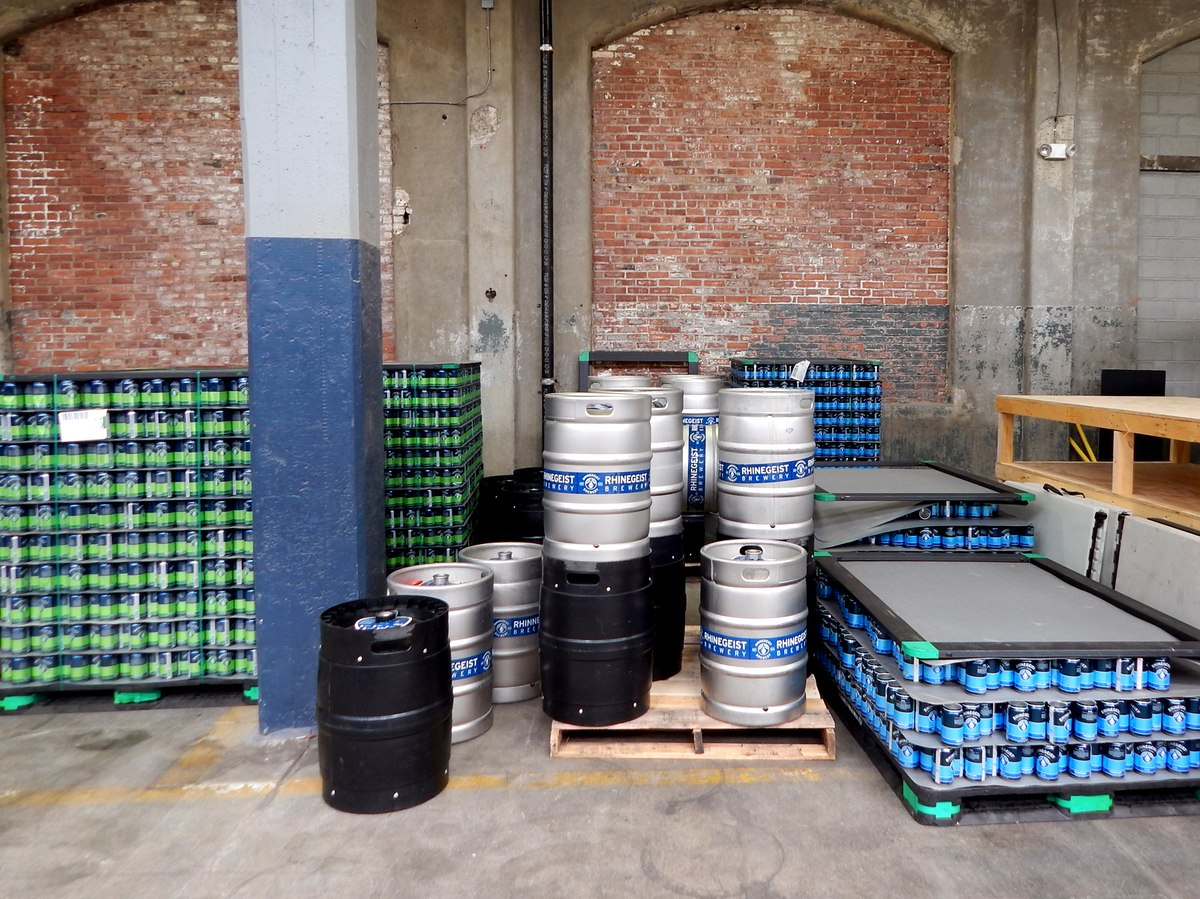 "That perception is just kind of dated," says Katie Alsip, the marketer for Rhinegeist, a one-year-old craft brewery in Cincinnati. Most aluminum cans these days are lined with a polymer coating that protects the beer from the metal. (That coating, BPA, is a source of health concerns for some, although scientists have found very little risk associated with it.)

The metal touching your lips is still a factor in terms of flavor, but most craft brewers suggest pouring out beer into a glass before sipping, whatever package it comes in.

Rhinegeist co-founder Bob Bonder says the company surveyed retailers, other breweries and potential customers about cans before deciding to go all aluminum. Cans were the hands-down winner. They're "lighter, more portable, easier to bring anywhere, cheaper to ship," he says. And Rhinegeist's sleek, bright design makes it stand out on the shelves.

"I think there's a cool factor to it," says Devon Broglie, as associate global beverage buyer with Whole Foods. The newfound hipster popularity of old PBR may have given canned craft a boost, and some of it, he says, is just personal preference. "Folks just like it."

It may be coolness, or it may be convenience, but the bottom line is, cans are getting cheaper.

While it has become somewhat less expensive to buy your own canning line, the startup costs are still prohibitive for a lot of small brewers. Bottling in-house remains a simpler, cheaper process. Brewers like Rhinegeist say the savings on canning comes later — in the form of less expensive materials. And these days, there are mobile canners who will come to small brewers with equipment and can their beer in an afternoon.

The canning trend is still concentrated in smaller, newer breweries like Rhinegeist or Cincinnati's Madtree. The Brewers Association estimates just 3 percent of craft beer on the shelves is in a can. Sixty percent still goes out in bottles, and the rest is sold in kegs.

"Glass has been a very reliable package and tradition will prove itself well that glass is not going anywhere," says Julia Herz with the association. Even as more established brewers start offering some canned products, Herz doesn't see bottles going out anytime soon.

"There are a lot of occasions where cans are preferable," says Larry Bell, owner and founder of Michigan-based Bell's Brewery. Bell's is now offering 16-ounce cans of its signature Two Hearted Ale and Oberon, both popular summer beers. But he says there's no chance Bell's will shift to cans entirely. "We love bottles as a package; we are dedicated to bottling ... we'll continue to do both."

Lewis Wallace is a reporter for NPR member station WYSO.