Accessibility links
Can You Call Yourself An Environmentalist And Still Eat Meat? : The Salt After a Hollywood environmentalist told us the answer to this question was no, we posed it to the followers of the @NPRFood Twitter account. We got a big — and diverse — response. 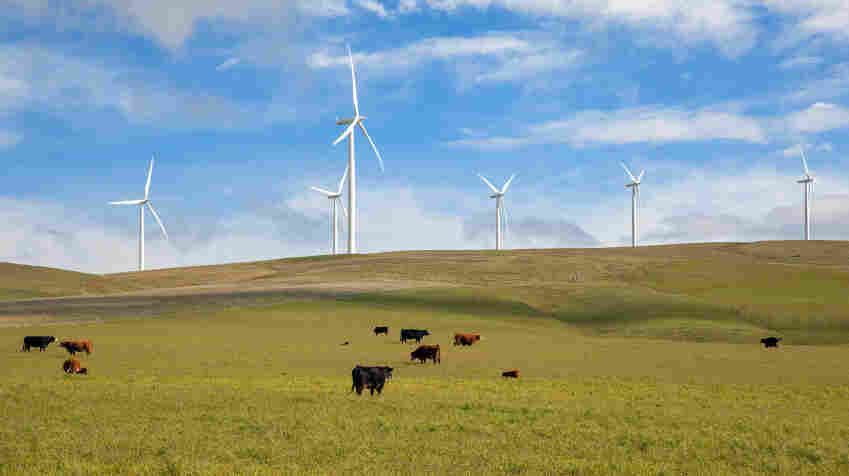 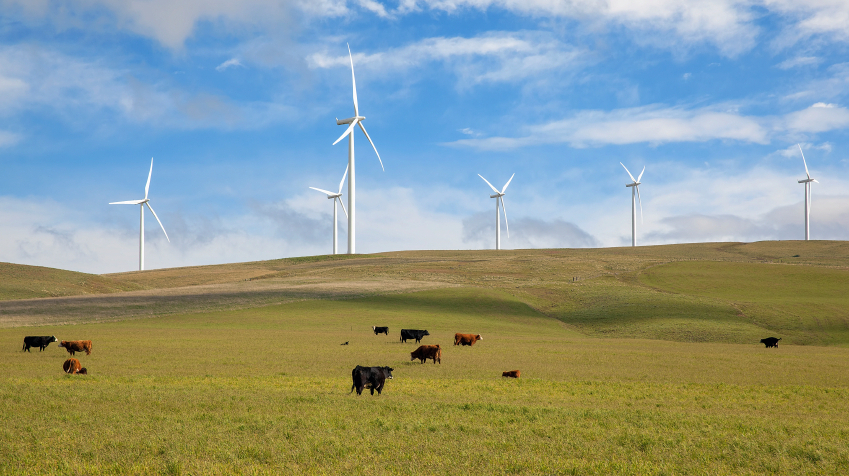 There's little consensus in the debate on how meat consumption fits into environmentalism.

Earlier this week, we told you about a school backed by director James Cameron and his wife, Suzy Amis Cameron, that may become the first vegan school in the U.S.

In describing the couple's path to veganism, Amis Cameron told us she's eventually come to believe that, "You can't really call yourself an environmentalist if you're still consuming animals. You just can't." (James Cameron made a similar statement in 2012 at the BLUE Ocean Film Festival and Conference.)

We tweeted out Amis Cameron's provocative position Tuesday from @NPRFood. And we heard from a lot of you. Many who responded on Twitter and in comments on the story page and on Facebook said they didn't agree with Amis Cameron's take on environmentalism.

@NPRFood OK, but, what if you have many homes, many children and many private airplanes? Can you call yourself an environmentalist then?

@NPRFood yeah, I can, and I don't believe Suzy Amis Cameron has the right to declare what I can and can't call myself.

In the comments section, Joanna S echoed this: "Their carbon footprint is millions of times larger than mine yet I can't call myself an environmentalist because I consume (very small amounts of) meat. I don't begrudge them their wealth or privilege, and I appreciate the effort to educate people about food and it's impact on our world, but the accusatory tone she takes is unbelievable."

On NPR's Facebook page, Kai Siobhan wrote, "If your life comes to a 'screeching halt' because your kid is learning to count with M&Ms, I can't take you seriously, sorry. #firstworldproblems There is a reason people find vegans to be completely unsufferable."

@NPRFood @nprnews that also saying my culture when we eat food is like our culture ain't a GOOD ONE. I dont want no rich ppl tellin me that

Others felt that Amis Cameron was dismissing their culture or discounting how meat helps feed families when there isn't much money for food.

@NPRFood Sure I can. I can save the whales right after a great breakfast of eggs and bacon. Locally raised, no less.

But some applauded the school's move, even calling it "inspiring."

On Facebook, Leila LaRosa wrote, "This isn't some kind of agenda. Eating lower on the food chain uses less resources. The school is trying to be ecologically conscientious. No different than recycling, composting, having a school garden or using water-saving devices. Not everything has to become a huge contentious issue."

McKenzie Schmitt added: "It's a private school. I'm not religious, yet I don't mind faith-based education. How does this really affect you? In fact, why does someone being vegetarian or vegan bother so many people? I believe to live and let live, I don't preach to people."

We're really only scratching the surface here on the range of thoughtful comments that came in. Suffice it to say there's no consensus.

For a bit more perspective on this very complicated and personal issue, we asked a couple of environmentalists where they stand.

"I've known a number of people who were great environmentalists, and who ate meat, so I guess the answer for me would be yes, empirically, you can," Bill McKibben, the author and environmentalist, tells us in an email. "Most of them, I think, ate carefully. Maybe my favorite environmentalist of all — though he might eschew the label — is Wendell Berry, who wrote wisely about this as about so much else."

Over at The Nature Conservancy, CEO Mark Tercek has said he went from vegetarian to vegan once he took over at the conservation organization. But he's resisted saying that vegetarianism or veganism is requisite for saving the planet. Instead, he has said, "our biggest hope for widespread change lies in 'greening' our meat, for those who choose to eat it."

Here's what Tercek wrote on the organization's blog in 2013:

"A campaign to change global diets quickly runs into two enormous obstacles. First, and most fundamentally, no one wants to be told what they can and cannot eat. Few things are as powerfully evocative as food, with deep ties to family, culture and tradition.

"Second, as global incomes rise, we will see — among many other positive outcomes — a trend toward improved nutrition. Tradition and culture suggest that this will mean an increase in protein-rich diets.

"Instead of trying to change this trend, I think we should focus on producing more meat from existing pasture and farmland. That means paying more attention to soil health, water conservation and agricultural extension, giving farmers the support they need to produce more and do it smartly."

This is by no means the final word. We want to hear what you think, so please keep sharing.