Accessibility links
Salmonella Outbreak Linked To Chia Seed Powders, CDC Says : The Salt Recalls of chia seed powders expand as 21 people in 12 states have been sickened by salmonella tied to the powder. The powder has a long shelf life, so consumers should check their pantries. 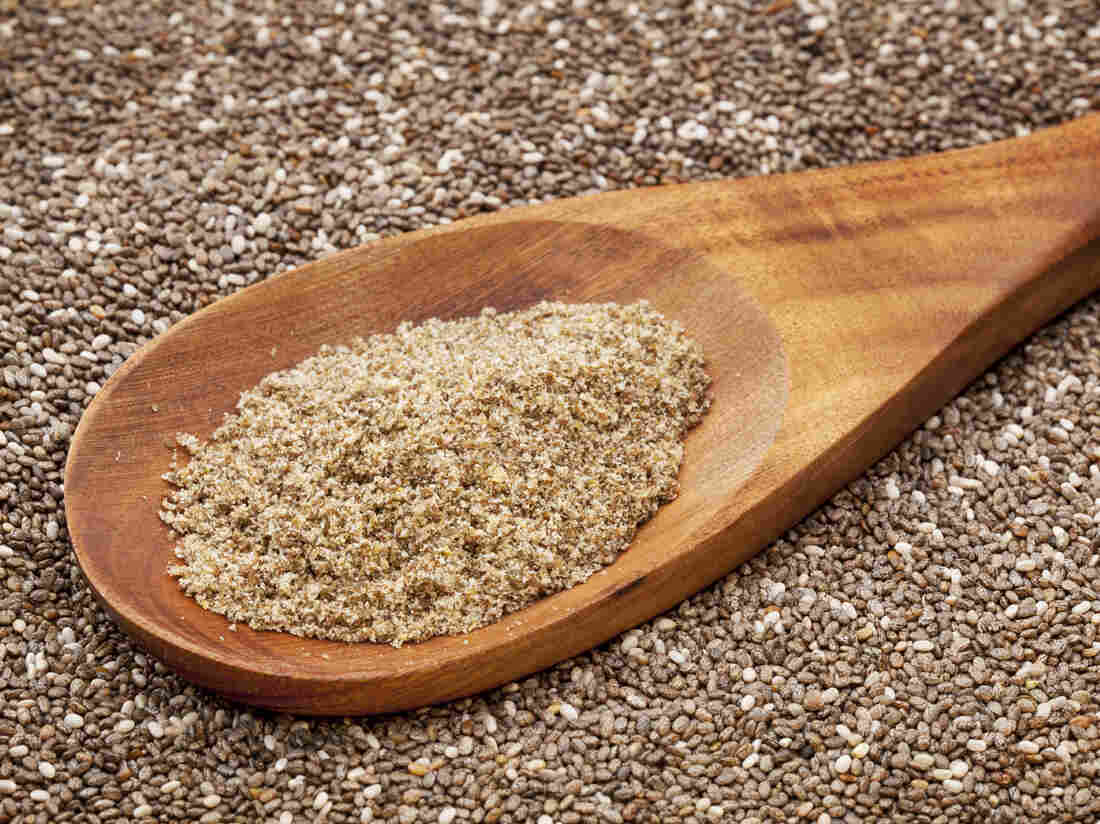 Salmonella has recently been found in ground chia seed powder, a superfood being put in everything from smoothies to cereal. Marek Uliasz/iStockphoto hide caption 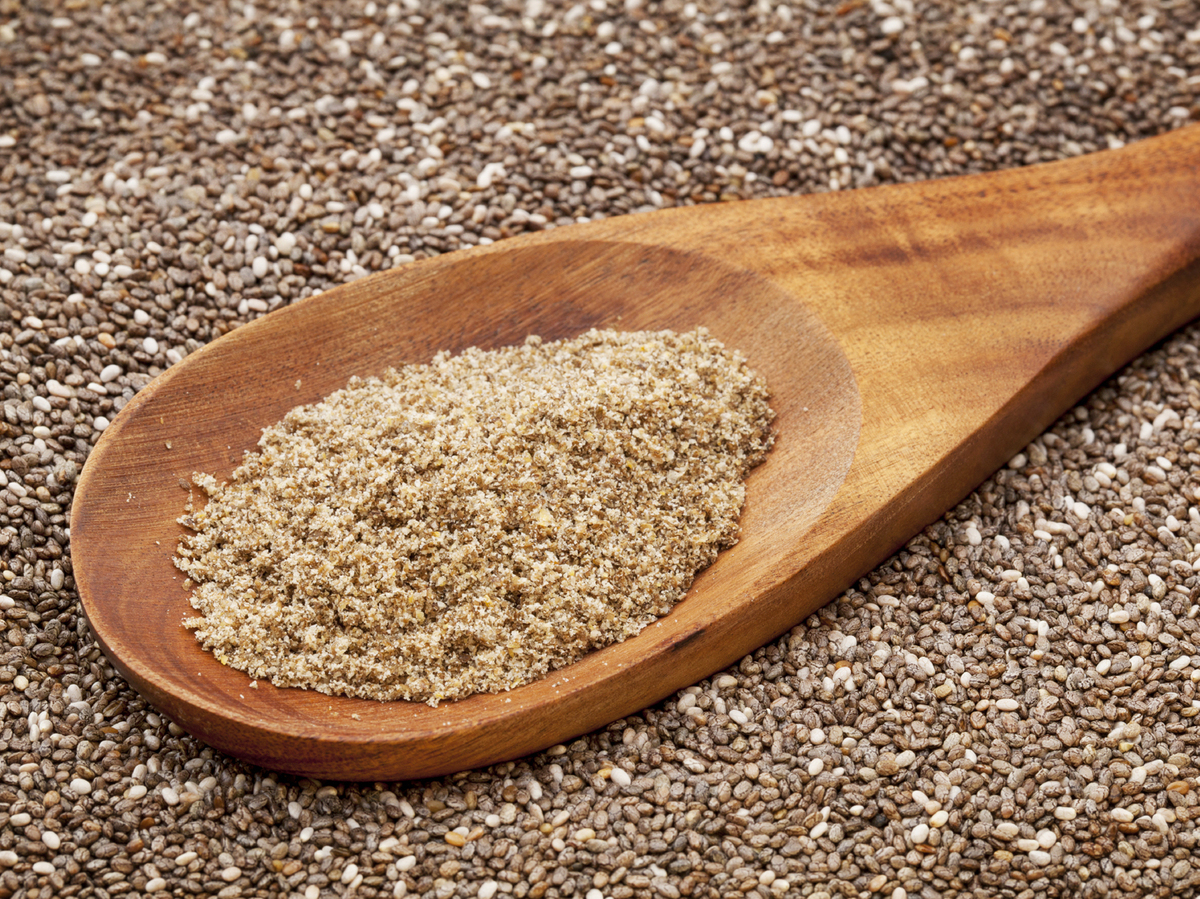 Salmonella has recently been found in ground chia seed powder, a superfood being put in everything from smoothies to cereal.

The Centers for Disease Control and Prevention is investigating an ongoing salmonella outbreak linked to ...chicken? Nope, this time it's chia seed powder — which is made from tiny black and white chia seeds that are sprouted and ground.

Chia seed products have achieved the status of superfood, thanks to their high nutrient levels. And now they're popping up in everything from smoothies to cereal. But — as we've learned from numerous outbreaks of sprouts — foodborne bugs can be formidable in these kinds of products.

The CDC reports that 21 people in 12 states have been sickened by the salmonella outbreak so far. And investigators are focusing their efforts on chia seed powder products. (Typically, investigators home in on a particular food after interviewing people who got sick in the outbreak to find out which foods they have eaten in common.)

Companies in the U.S. and Canada have issued multiple recalls. 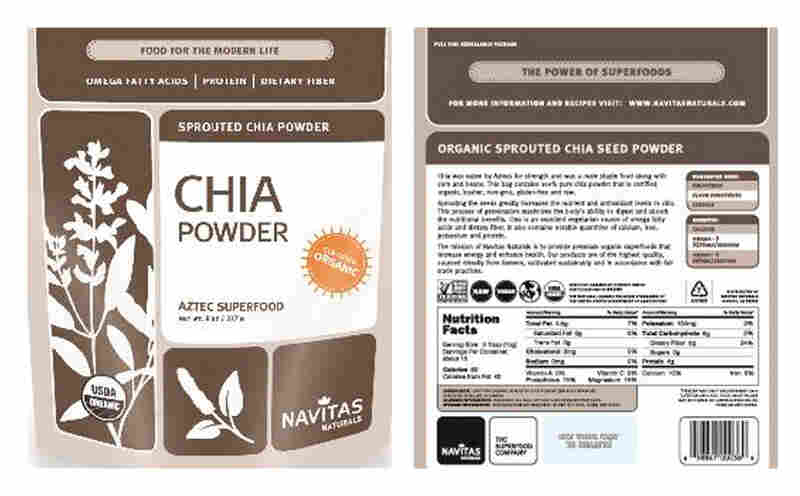 The Centers for Disease Control and Prevention on Friday issued a warning about chia powder because of possible salmonella contamination. AP hide caption 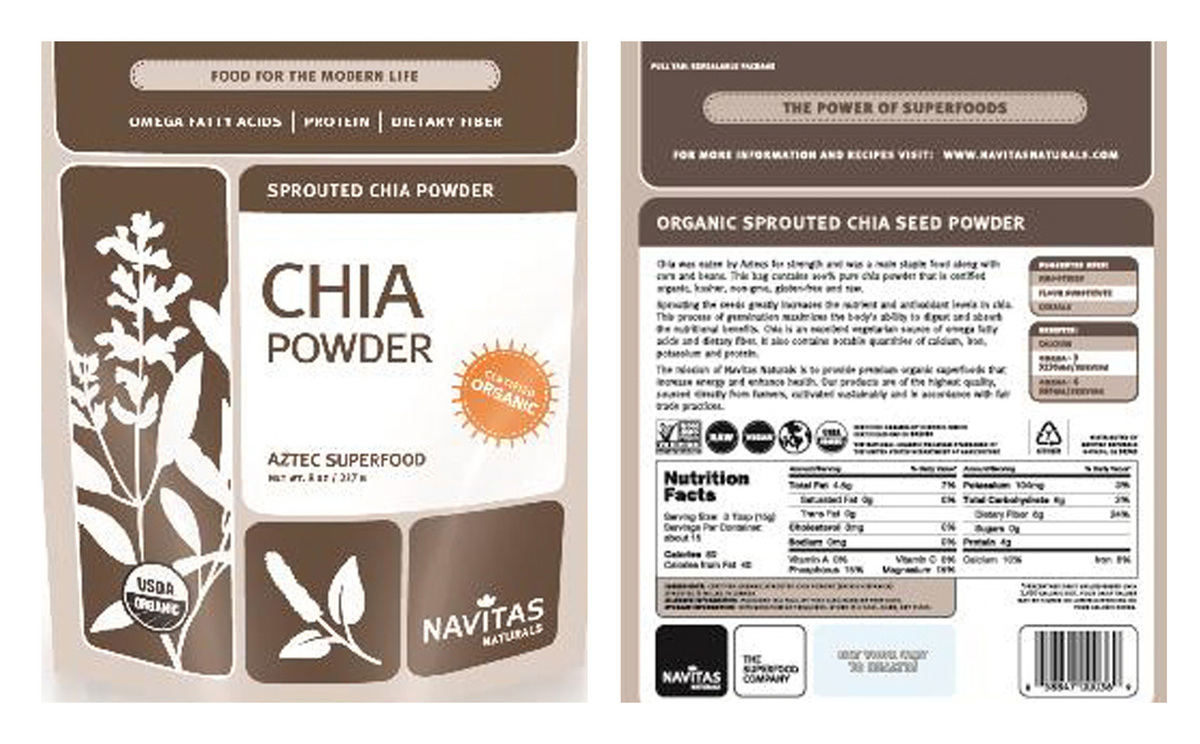 The Centers for Disease Control and Prevention on Friday issued a warning about chia powder because of possible salmonella contamination.

Recently, Navitas Naturals announced it was expanding its original voluntary recall begun in May. Affected products include a smoothie mix and an organic sprouted chia powder with certain best-by dates, which were distributed nationally.

"Based on investigations by FDA and California Department of Public Health, one of our suppliers, Health Matters America Inc./Organic Traditions, has expanded their recall of Chia products. As a result, we are expanding our voluntary recall to include a broader date range of products," wrote Navitas Natural CEO Zach Adelman.

"Our business depends on providing safe and healthy food, and we will not take chances with our consumers' wellbeing," Adelman continued.

The CDC says the recalled products have a long shelf life. So consumers who have chia powder in their pantries can check the CDC website for images of the retail products as well as details including the sizes, UPC codes and best-by dates.

Salmonella causes diarrhea, fever and cramps that can begin 12 to 72 hours after eating the food that was contaminated.

The CDC says most people recover within a week without seeking treatment, but young children (up to age 5), older adults and people with weakened immune systems may have more serious illnesses.