Accessibility links
In 'My Name Is Salt,' The Toil And Joy Of India's Salt Harvest : The Salt A documentary follows three generations of a family as they harvest the essential seasoning in the blazing desert heat of Gujarat, India. But rather than decry their hard labor, the film honors it.

In 'My Name Is Salt,' The Toil And Joy Of India's Salt Harvest

In 'My Name Is Salt,' The Toil And Joy Of India's Salt Harvest 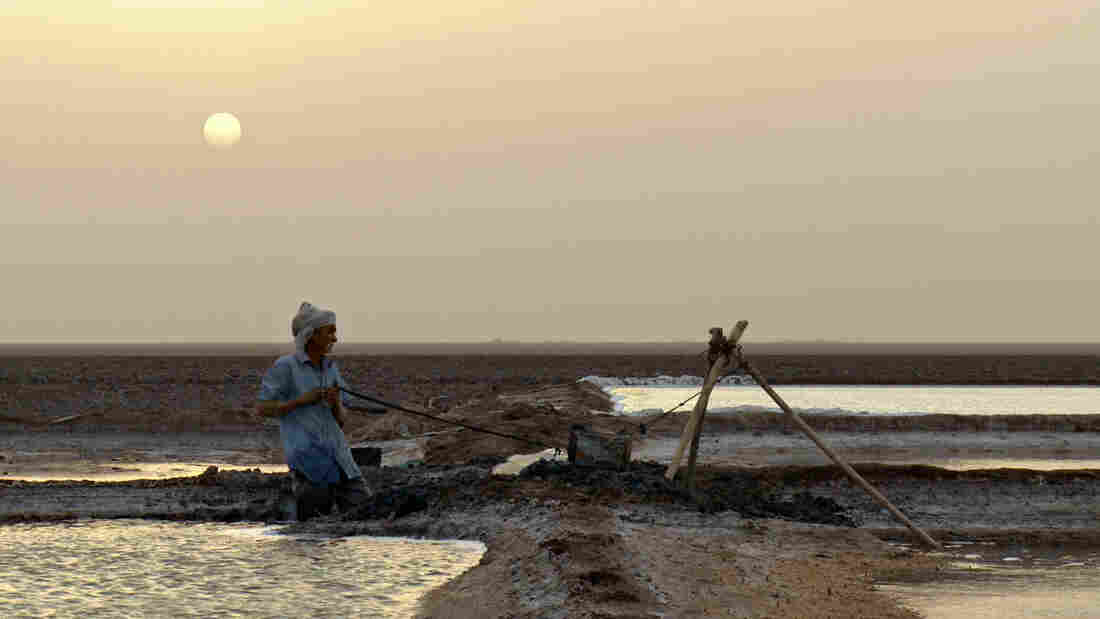 The work of harvesting salt, portrayed in the documentary My Name Is Salt, is difficult. But there's also a certain pride that comes with doing it well. Leafbird Films hide caption 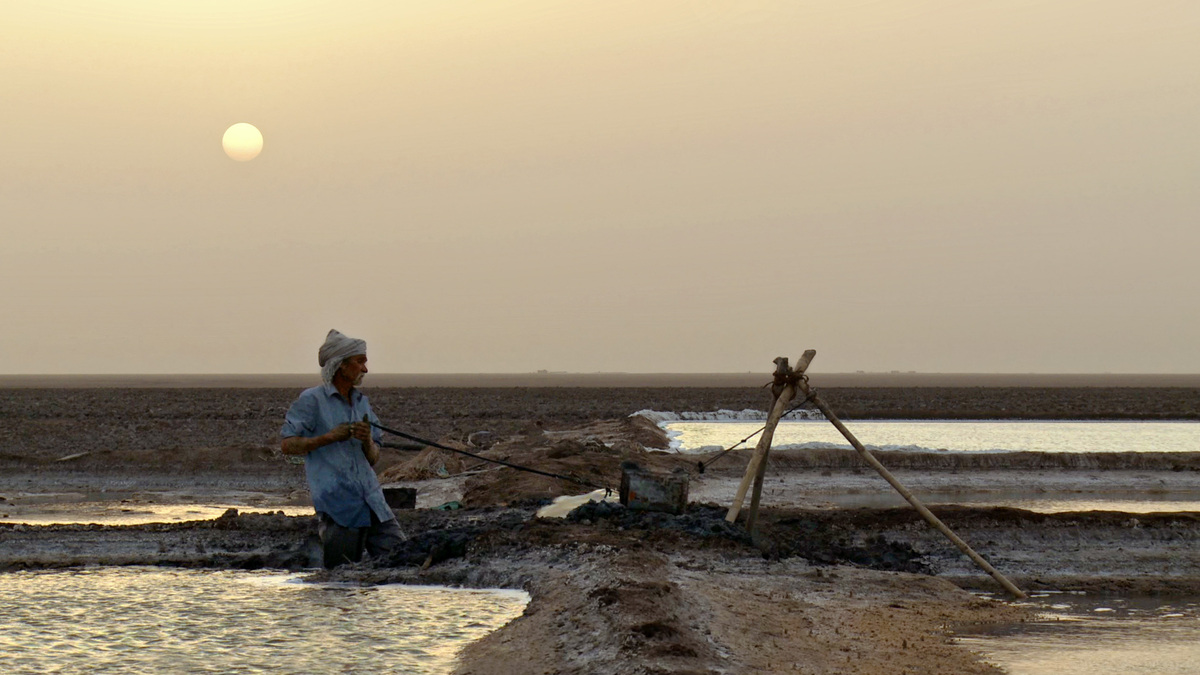 The work of harvesting salt, portrayed in the documentary My Name Is Salt, is difficult. But there's also a certain pride that comes with doing it well.

The little white crystals are on every table at every meal, from fine dining restaurants to roadside diners to the family dinner table, ready to bring even the most hum-drum foods to life.

But you may never look at them the same way again after watching My Name Is Salt, a slow burn of a documentary that made its North American debut in mid June at the Los Angeles Film Festival.

The story follows a family that moves to the saline desert called Little Rann of Kutch in the state of Gujarat, India for eight months every year to harvest the precious crystals.

But it's not another sad story about impoverished workers; it's a serious and at times joyful look at the people who have perfected a physically and mentally demanding job over many generations. That's not to say the workers don't face financial challenges, but the film focuses instead on their pride in doing their work well. 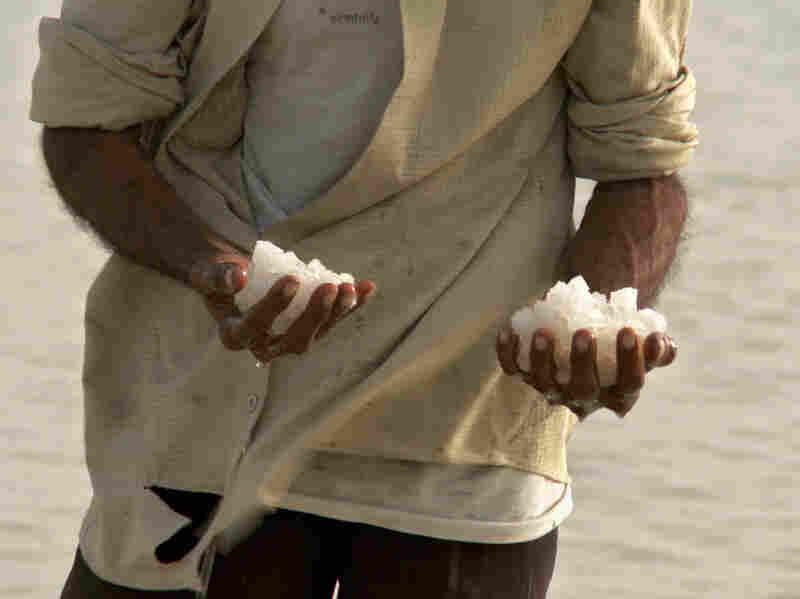 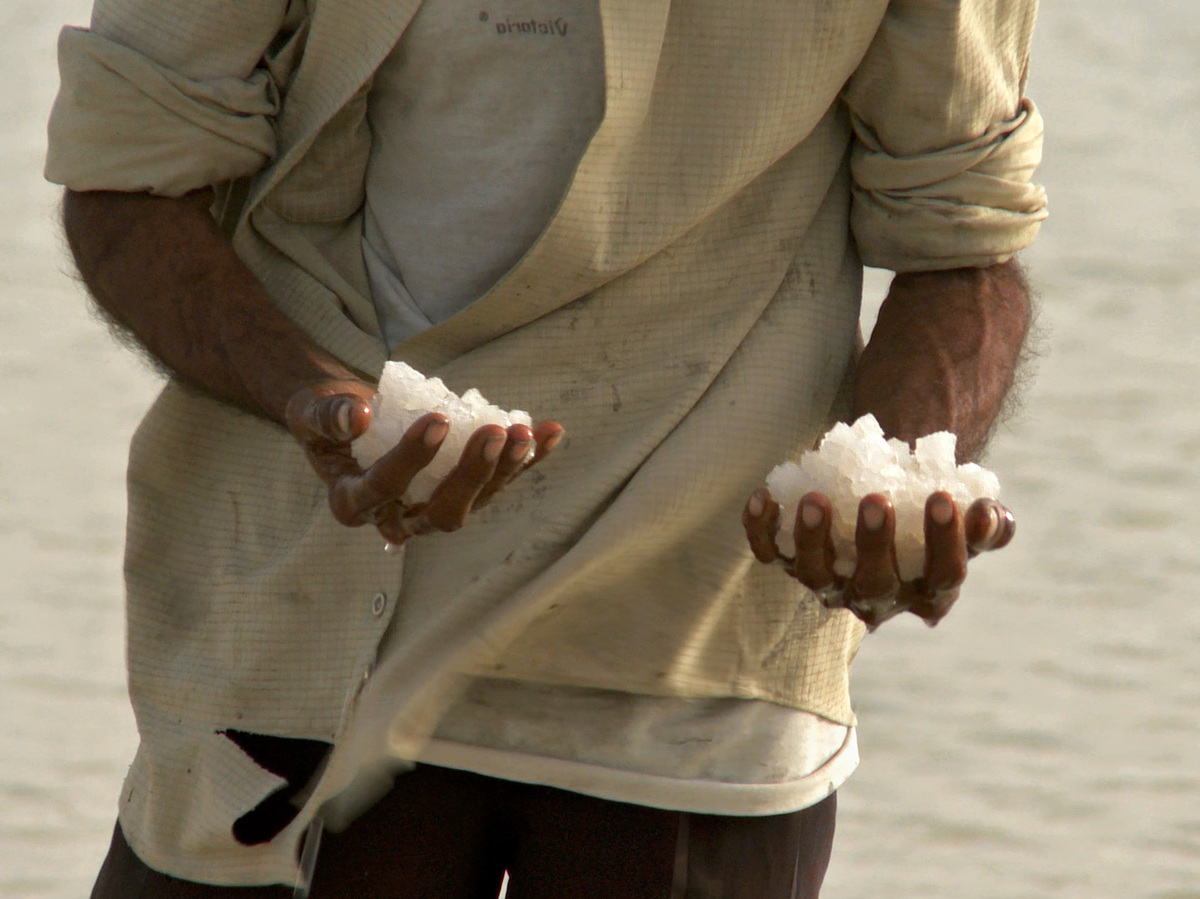 The film opens on a flat desert plain, with nothing for miles on its sun-baked, cracked surface but a few ghostlike sailboats abandoned in the distance.

A man is furiously smoking while a tractor pulling a wagon, packed to the brim with people and rugs and paintings and dishes and the other stuff of life, slowly heads toward him. Eventually, you realize that it's his family, and they've come to help harvest the salt just underneath the desert dirt.

Everything unfolds slowly, which is by design, says writer and director Farida Pacha, a freelance documentary filmmaker based in Bombay. The family is digging a ditch, then they unearth an ancient pump – is it for the field? Is it for drinking? "Once you give yourself over to the pace, you stop questioning," Pacha says. Eventually, "everything becomes clear."

The harvesting of salt involves many steps over many months: flooding the area, mucking out the mud, raking, packing dirt down, drying, flattening the land, repeat. Through it all, the family works side-by-side, each seemingly born into his role. In one memorable scene, three generations of the family are shoulder-to-shoulder, stepping together in time to an ancient rhythm as they pack down the dirt.

Pacha spent two years following around some of the 40,000 families who migrate to the nearly 2,000-square-mile desert every year to harvest salt. What impressed her about Chhanabhai — the father of the family in the film — was his dedication to creating the whitest, purest salt crystals despite the heat, stress and low pay.

"There is something in wanting to work without thinking of rewards – of labor for its own sake," she says.

My Name Is Salt has no narrator and its characters don't speak directly to the camera. But whether they're shaving in a fragment of a mirror or or singing siblings to sleep, they're completely unselfconscious, telling their story only through actions.

But it took a while to get that just right, Pacha says. Initially, the camera tried to follow the action, moving around a lot and making the family uncomfortable.

"We learned to get into their rhythm. Once we did that, it was very easy. They were so involved in what they were doing they didn't even notice we were there," Pacha says.

After the harvest, the family packs up and moves home. The monsoons come and wash their salt fields away, the desert turns into a sea, the boats rise, and it's as if they were never there. Four months later, Chhanabhai and his family, and the others like them, come back and start all over.

My Name Is Salt was created by Leafbird Films and has won several international film festival awards.