Accessibility links
Goats In The City? Making A Case For Detroit's Munching Mowers : The Salt Goats aren't allowed in Detroit, but billionaire Mark Spitznagel thinks they could help revitalize blighted neighborhoods. Goat raisers in other cities say the animals can be eco-friendly landscapers. 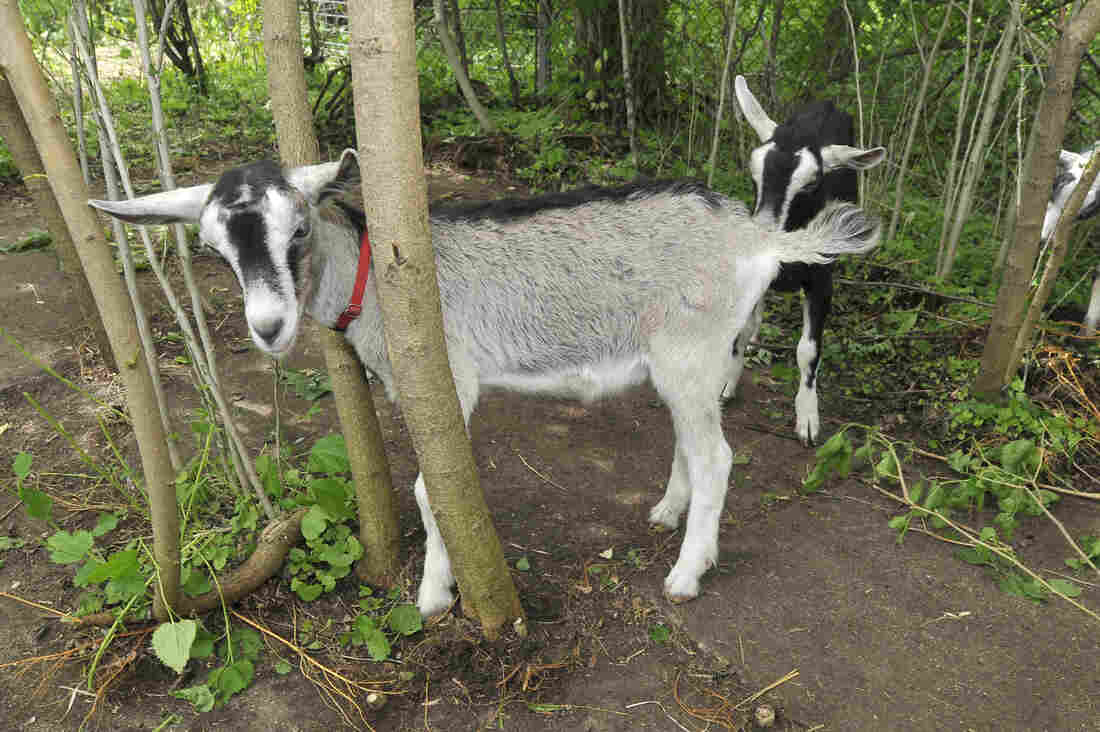 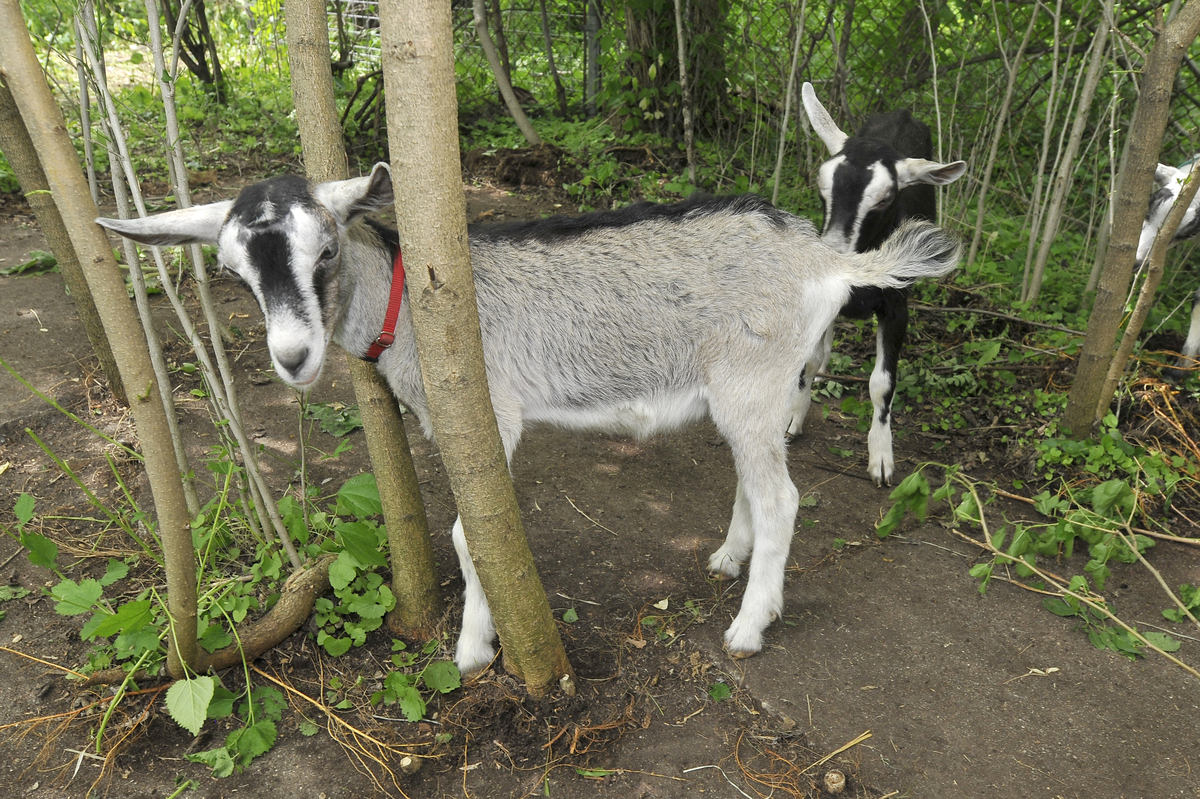 Max Ortiz/Courtesy of The Detroit News

As more urban folk strive to produce their own food, gardens both large and small are popping up everywhere. And while it's not unheard of for city dwellers to keep bees and even chickens, only a brave few have been willing to try their hand at goats.

Like hedge fund manager Mark Spitznagel, who recently tried to revitalize Detroit's Brightmoor neighborhood with a herd of 18 baby goats.

Eat It, Drink It, Wear It: Goat Is Good

As The New York Times reported, the plan was to direct the goats from Spitznagel's nearby farm in Michigan to graze on overgrown, abandoned lots. He would employ locals to herd and raise the animals, and eventually they'd be sold as meat. But the project met resistance. It's against the law in Detroit to keep farm animals in the city, and Spitznagel's herd was kicked out after two days.

So how hard is it to keep goats in a city anyway? Fans of these weed-munching animals point out that goats are an eco-friendly landscaping option, their meat is a staple in diets around the world and their milk makes for some delicious cheese. It also helps that they're totally adorable.

But "if you have a milk goat, the work is unrelenting," says Jane Grant, who keeps a few dairy goats and runs The Goat Justice League in Seattle. For her, it's worth it. "I get to live in the city and have really fresh milk from animals that I get to take care of." 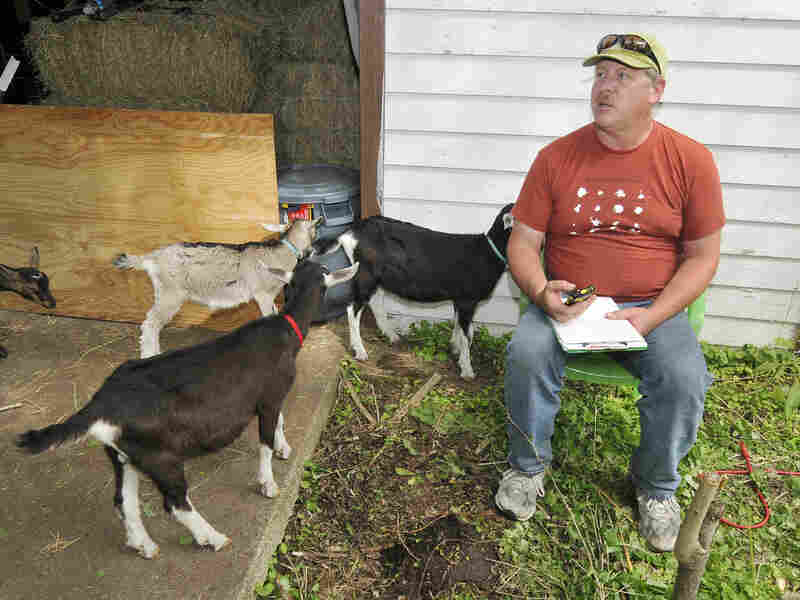 Leonard Pollara, of Idyll Farms, with some of the goats housed in the Brightmoor neighborhood of Detroit. Max Ortiz/Courtesy of The Detroit News hide caption 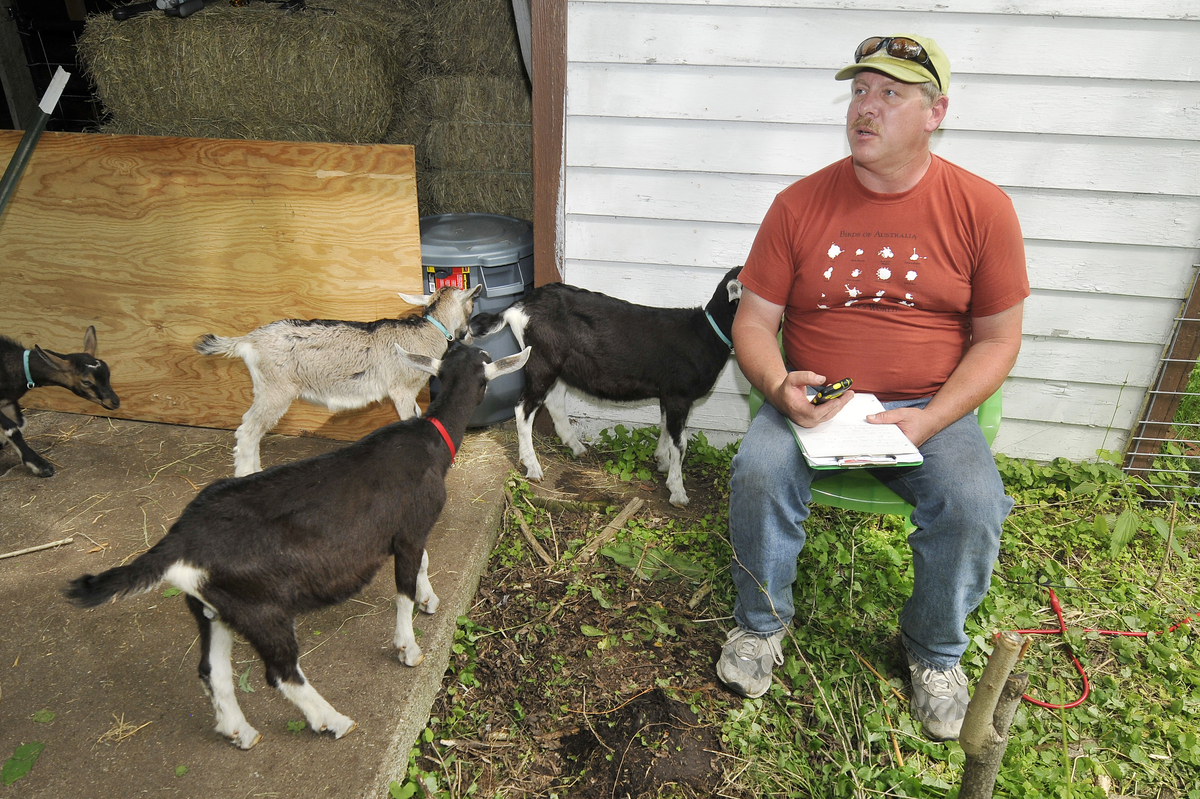 Leonard Pollara, of Idyll Farms, with some of the goats housed in the Brightmoor neighborhood of Detroit.

Max Ortiz/Courtesy of The Detroit News

Back in 2007, Grant lobbied the Seattle City Council to allow dairy goats in the city. As a long as owners know how to take good care of their animals, Grant tells The Salt, keeping a goat isn't too different from keeping a pet dog.

"It's important that the males be neutered," she says, or they can be smelly. Goats also require lots of hay, and space — about 200 yards for a pair. "You always need to have at least two goats," Grant says. They're herd animals and they need companionship.

"I think noise is the only problem with goats in cities," Grant says. Their bleating can be delightfully endearing and downright freaky — or some combination of the two. Some goat breeds, like Nubian, are very loud, Grant says; others, like La Mancha and Oberhaslis, are pretty quiet. So urban goaters will want to choose wisely.

But what if you want the agricultural benefits of goats, but don't actually want to raise them yourself?

If you're around San Francisco, you can hire a herd from City Grazing, a landscaping business that employes about 100 goats. They can clear overgrown land, including areas covered in dry brush that could fuel wildfires. And conveniently, goats generally prefer munching on weeds, ivy and even poison oak to manicured lawns, says chief goat officer David Gavrich. Plus, the land that these guys clear off is ideal for growing crops, he says. "Their waste is a fertilizer. It's a nice little closed environmental circle."

Goats on a diet of weeds and brush don't produce very tasty milk (Grant in Seattle feeds hers good-quality hay), but their meat tastes just fine. So an agricultural project like the one Spitznagel developed in Detroit could work really well, Grant says. It just wasn't legal.

"We were really just getting our feet wet," says Leonard Pollara, a consultant for Spitznagel who helped implement Detroit's brief but memorable goat invasion.

Pollara says the project is not completely dead. He's going ahead with plans to sell the goats as meat. And the proceeds from the sale will be going back to the Brightmoor community to fund future urban agriculture projects. Pollara says they will continue to lobby the local government to allow city goats.

"While Detroit is in a dire situation," he says, "this is an absolutely amazing opportunity to redefine how agriculture happens in urban environments."