Accessibility links
Sir Francis Galton's Scientific Priniciple Of Cutting Cake : The Salt A British mathematician proclaimed in 1906 that there's a better way to cut a cake than dividing it into wedges. Now a video by Alex Bellos is bringing his method back to life.

Cut Your Cake And Keep It (Fresh), Too

Cut Your Cake And Keep It (Fresh), Too

"The ordinary method of cutting out a wedge is very faulty," wrote Sir Francis Galton, a British mathematician, in a 1906 letter to the journal Nature concerning the scientific principles of cake-cutting.

More than a century later, cake lovers might finally be ready to face this truth.

A video of author Alex Bellos demonstrating Galton's alternative technique — which involves taking long, thin pieces from the cake's center — has been making the rounds on the Internet this week with largely positive reception.

Galton's primary objection to the wedge was that if you eat your cake over several days, you're exposing precious cake innards to the air, drying the surface out. Clearly, Galton had eaten too many slices of suboptimal, day-old cake and was thus inspired to solve the problem.

If you're extremely patient and in the habit of extending your cake-eating out over several days, then his advice might just be for you.

Bellos, for one, is sold. If you start in the middle and cut a wedge out, he notes, "you're not maximizing the amount of gastronomic pleasure." 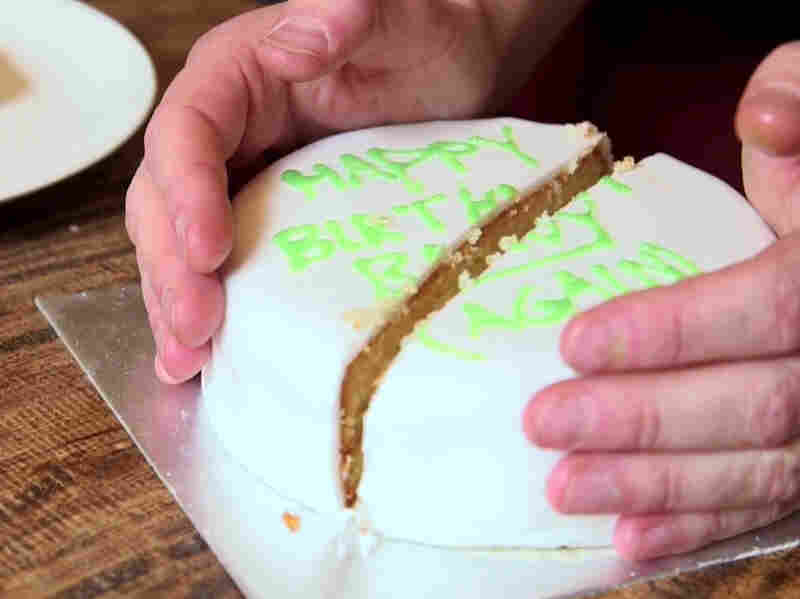 Alex Bellos seals up the cake after removing a slice. YouTube hide caption 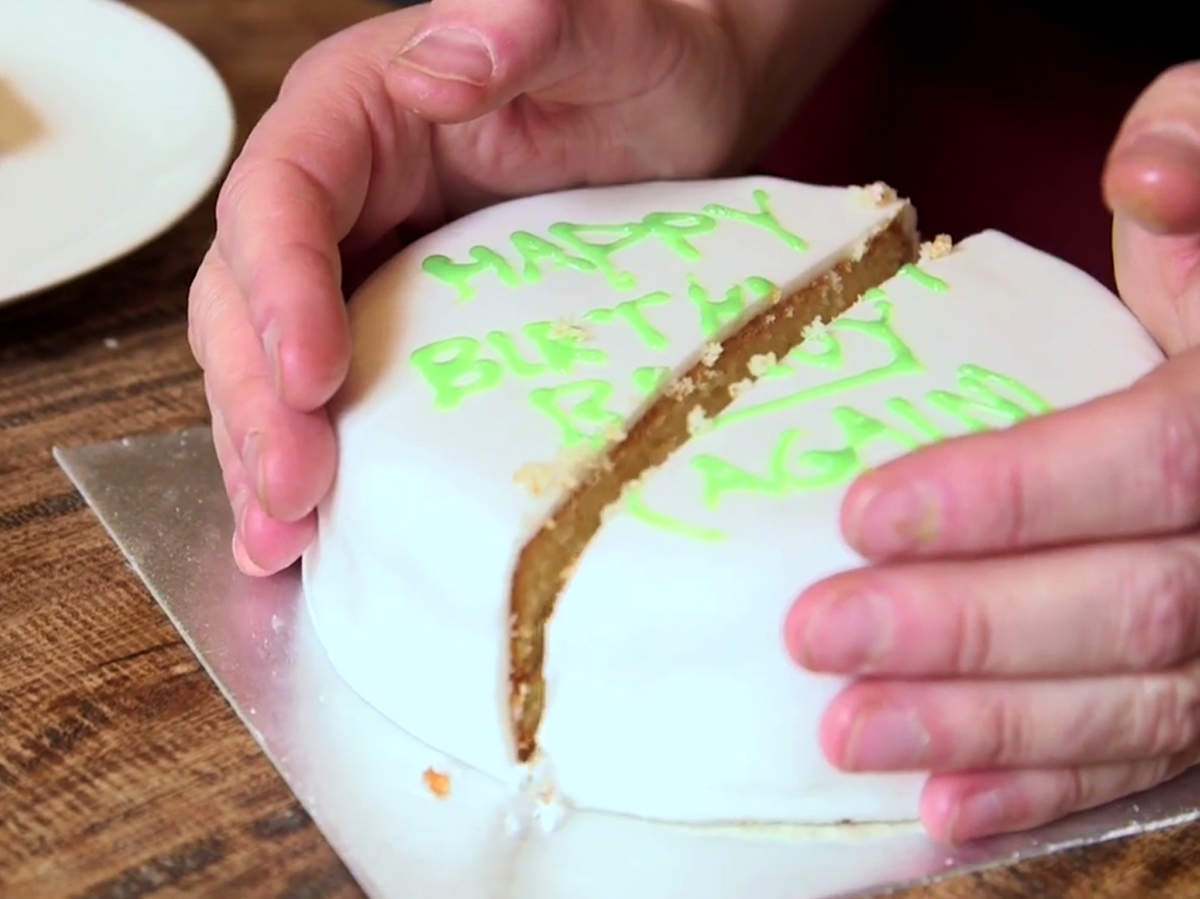 Alex Bellos seals up the cake after removing a slice.

Instead, you should cut down the middle, then push the cake back together, sealing in the crumby layers. Next, Bellos advises, you wrap a rubber band around the cake to ensure no air gets past the icing. On Day 2, you cut the cake into quarters, but you still extract your slices from the middle. By Day 3, you're still taking from the middle, pushing the remaining slices back together into a shrinking circle.

As Bellos notes, there are a lot of reasons to listen to Galton. He was "one of Britain's most brilliant mathematicians." He was Charles Darwin's first cousin. He discovered regression to the mean and is one of the fathers of modern statistics. (Vox points out Galton has a shameful legacy, too: He was a major advocate for eugenics.)

But, as we've gleaned from the comments on many of the stories already out there on this video, some cake lovers are skeptical.

Bellos performs Galton's technique on a cake with firm fondant frosting. But what if your cake is covered with far more slippery buttercream? How well is a rubber band going to work on that? And would it dig into, and bruise, the sides of the cake?

Another commenter points out that Galton's way may give frosting fans the shaft. "I contend that the traditional way is still better. When cut that way, each slice, no matter how largely cut, has the same ratio of frosting to cake, and the last piece is the same as the first," agmessier writes.

Will the revival of Galton's method win over the wedge-cutters of the world? Let us know what you think.