Accessibility links
School Nutrition Fight Widens As School Board Members Join In : The Salt Leaders of the National School Board Association say they're concerned about "federal overreach on school meals." But the first lady maintains that now is not the time to turn back the standards.

School Nutrition Fight Widens As School Board Members Join In

School Nutrition Fight Widens As School Board Members Join In 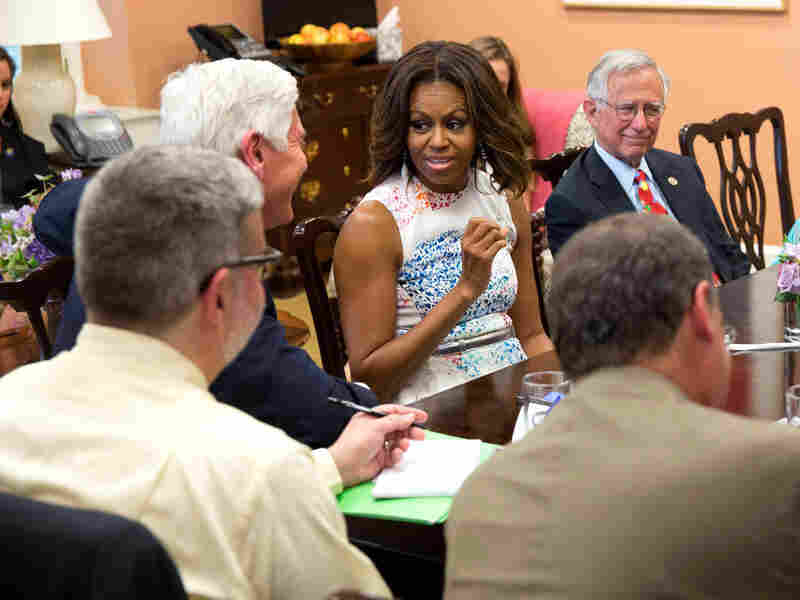 First lady Michelle Obama at a roundtable for reporters in her office in the East Wing of the White House, on June 18. Chuck Kennedy/The White House hide caption 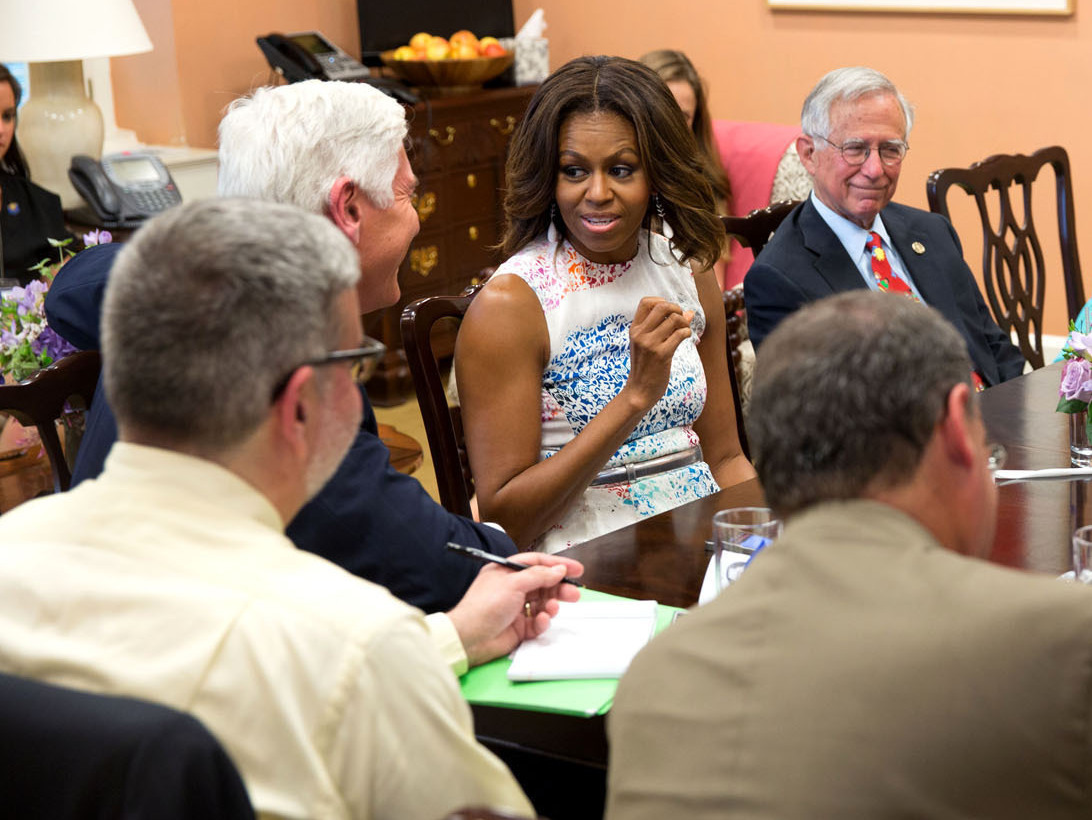 First lady Michelle Obama at a roundtable for reporters in her office in the East Wing of the White House, on June 18.

The political food fight over rolling back school nutrition standards is at an impasse for the moment. But advocates on both sides aren't backing off, and there are new players in the game.

When first lady Michelle Obama spoke up up to question proposals that would relax requirements — such as the mandate that kids take a fruit or vegetable with their lunch — she had by her side James Perrin, the president of the American Academy of Pediatrics.

"Children typically consume up to half of their daily calories in school," Perrin said, so it's important that they get high-quality calories at school. "Rolling back the standards is the wrong choice for children" he said — a choice that would "put politics ahead of science."

The first lady's push on this issue has helped put the School Nutrition Association association on the defense. And SNA leaders are asking to meet with the administration to better explain their specific requests for schools, in terms of more time and flexibility in meeting the new standards.

Now leaders of the National School Board Association are weighing in with their concerns over what they say is "federal overreach on school meals." (The NSBA has previously stated its concerns about the cost of implementing the standards for a few months now.)

School board members from New York, Alabama and Pennsylvania told reporters they need "greater local flexibility rather than the trend towards top down federal requirements" to implement the Healthy, Hunger Free Kids Act.

But the first lady says now is not the time to turn back the standards that have already been passed into law.

She points out that more than 90 percent of schools report that they are successfully meeting — or are in the process of meeting — the updated nutrition standards.

And as for the complaints that some kids just won't eat their vegetables, it's not surprising that some kids resist, at least at first. "We just didn't expect the grown-ups to go along," Mrs. Obama said June 18 at a small roundtable discussion with reporters at the White House.

As we've reported, the U.S. Department of Agriculture, which oversees the school feeding programs, has offered technical assistance and grants to schools that are having trouble making changes in their cafeterias.

And, along the way, Agriculture Secretary Tom Vilsack has tried to dispel what he says are myths about the HHFKA. Here are a few: