Accessibility links
Simple Tricks Can Tame The Taste Of Broccoli And Its Cousins : The Salt The horrible memory of overcooked vegetables can and should be overcome, because yes, kale is really good for you. A cookbook author shares tips for making sure these veggies actually taste good, too. 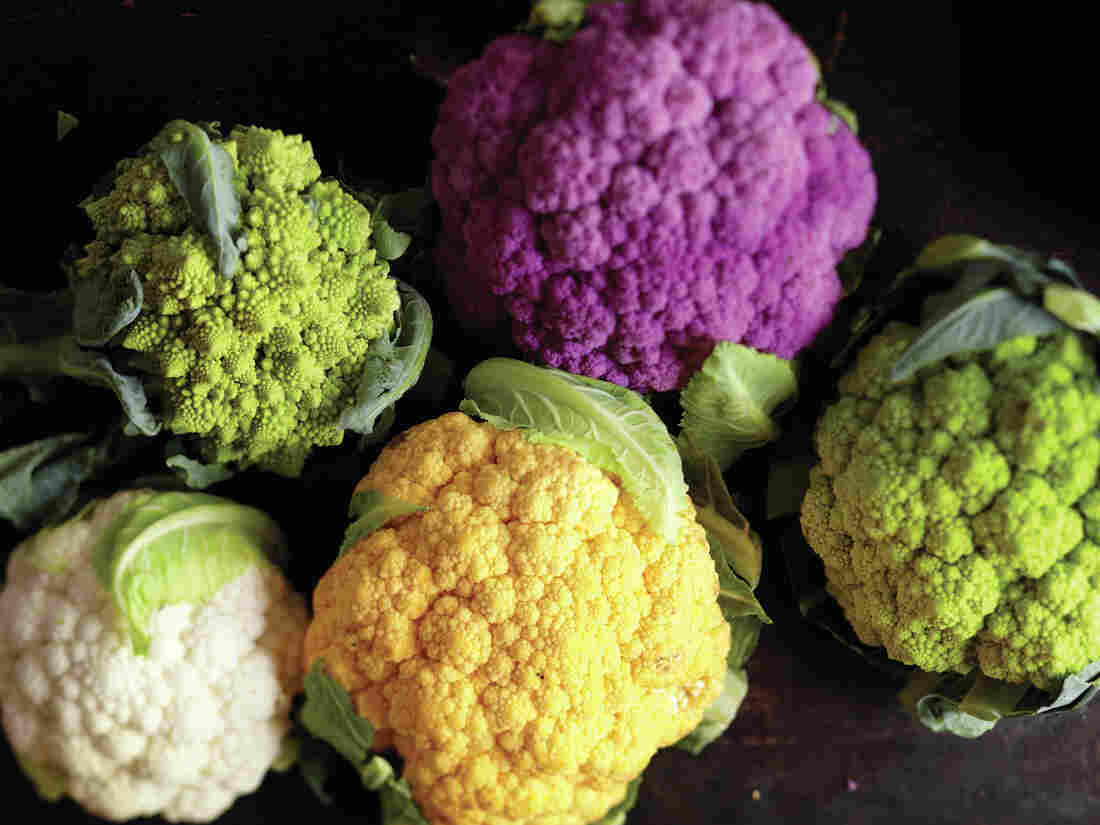 The Romanesco broccoli in the upper left corner is part of the brassica family, just like these colorful cauliflower varieties. Sang An/Courtesy of Ten Speed Press hide caption 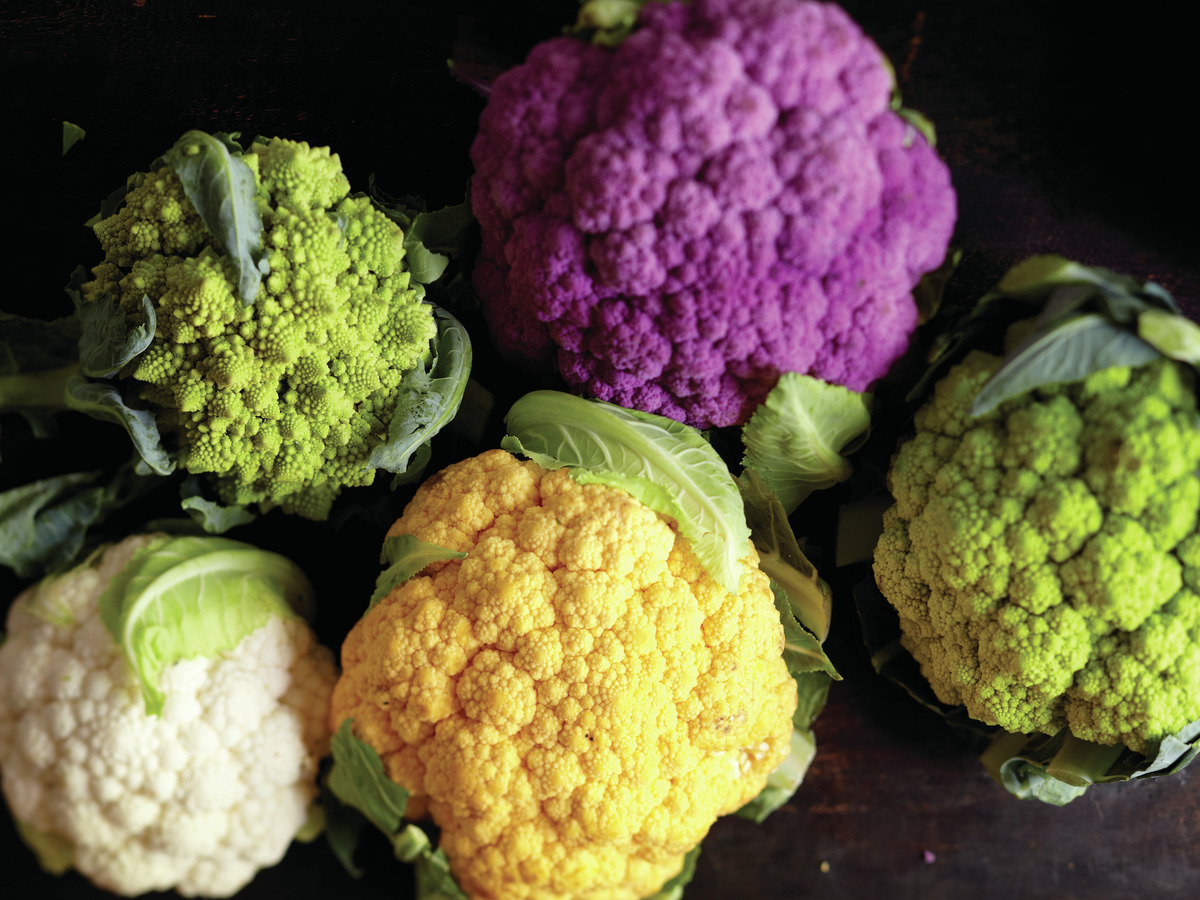 The Romanesco broccoli in the upper left corner is part of the brassica family, just like these colorful cauliflower varieties.

It can be a bitter pill to swallow when science proves your mother was right. And that seems to be happening again and again when it comes to brassica. Even if you're not familiar with the term, you've undoubtedly swallowed the concept. Brassica is the genus of cruciferous vegetables, covering everything from broccoli to kale to cabbage. And the more we put them under the microscope, the more we find that they really are good for you.

Studies have found that broccoli sprouts may flush recently ingested pollutants from the body, and certain cruciferous compounds may feed the healthy bacteria critical to our gastrointestinal health. Even the National Cancer Institute is studying their cancer-fighting potential. And when it comes to reaping brassicas' reward, chowing down on the real vegetables may provide benefits far beyond a pill. There's just one problem: Many people just don't like them.

Sure, there are always the enthusiasts throwing handfuls of kale into their morning smoothies. But there are also those with terrible memories of boiled-unto-mush Brussels sprouts, or the distinctive kitchen-filling smell of long-cooked cabbage.

It turns out that brassicas' bad qualities are directly related to the good ones. They contain sulfur — which contributes to both the mustardy bite and strong smell, especially when cooked, or overcooked. Not only does overcooking give you a funky flavor and aroma — it can break down some of brassicas' benefits. But luckily, boiling isn't the only way. 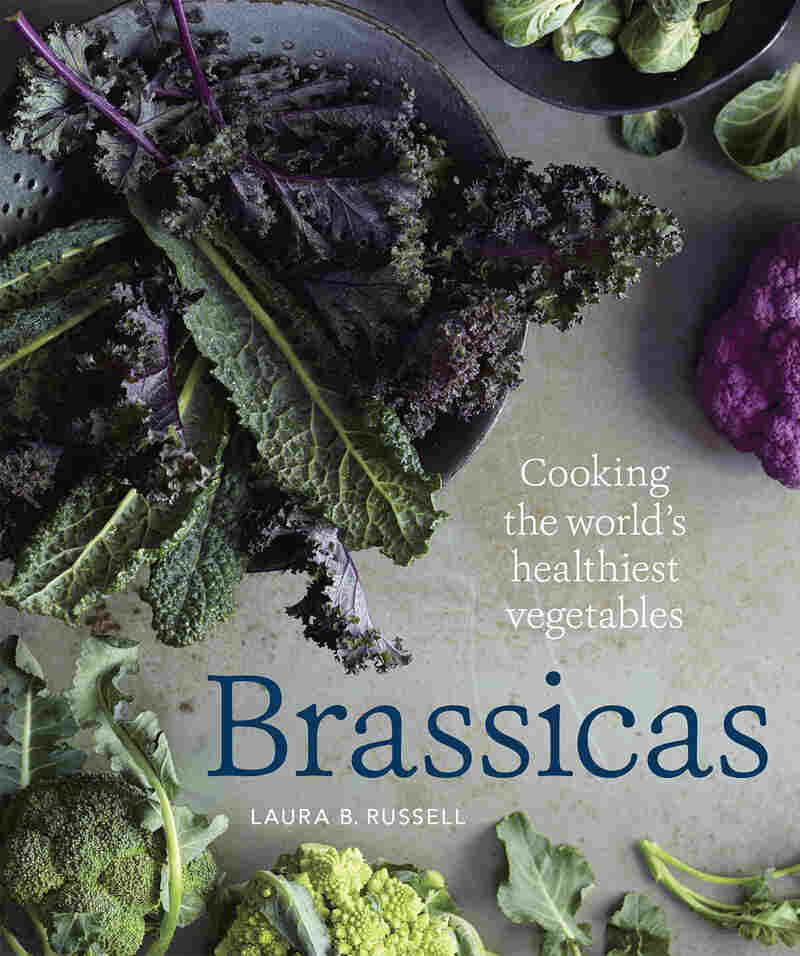 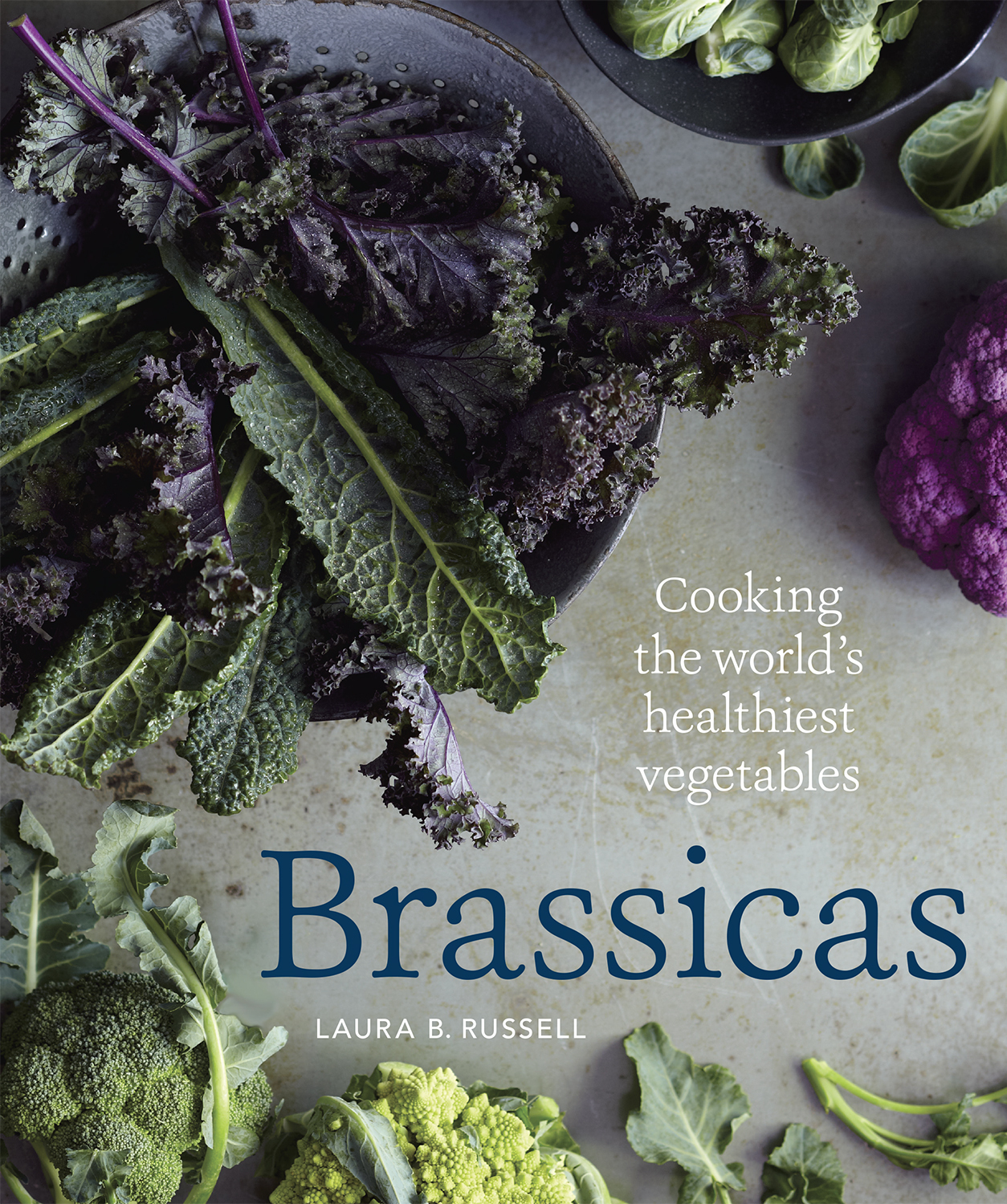 "This less-than-stellar reputation is totally unfounded," sighs cookbook author Laura Byrne Russell. "Given proper handling, brassicas shine." Russell recently attempted to redeem the whole lot with a new book, Brassicas: Cooking the World's Healthiest Vegetables. Russell understands how those of us who grew up with plates of khaki-colored mush and waterlogged cauliflower may be hesitant to embrace the crucifers. But if you can keep a few things in mind, it's easy to get pleasantly reacquainted.

First of all, there's cooking technique. Instead of boiling or burying under blankets of cheese (or, if you're British, both), Russell maintains that the treatments that let brassica shine are often the simplest. "You can coax sweetness through roasting and sautéing, or enjoy the crisp snap of a quick pickle. Some, such as watercress and kohlrabi, are at their best raw or simply wilted."

And then there's the question of what else you throw in the recipe. Think about balance — pairing the spunky peppery notes with rounder counterpoints, such as nuts, eggs, pasta, or a touch of sweetness.

But, Russell notes, you can also just embrace the spunk. "Even though I offer several tricks to tame the wild beasts, I do love the concept of using 'bold on bold' to stand up to the stronger flavored vegetables," she says. For example, brassicas like mustard and horseradish can be used to season other brassicas. "Anchovies, red pepper flakes, capers, olives, cured pork, garlic, fish sauce all taste great with most of the brassicas. Make them the punchy star of the plate."

Finally, there are options. "If one truly hates broccoli, cabbage, Brussels and cauliflower, there are still plenty of others to try: mild brassicas like bok choy, mizuna, kohlrabi, or napa cabbage; collard greens or peppery salad greens like arugula or watercress; young spring turnips and radishes," Russell says. Just cook it right.