Accessibility links
Is It Time For Food To Get Its Own Major Museum? : The Salt The U.S. has no major museum dedicated to food and drink, but a group of upstart foodies says it can change that. The first exhibition will feature technology that revolutionized breakfast cereal.

Is It Time For Food To Get Its Own Major Museum?

Is It Time For Food To Get Its Own Major Museum? 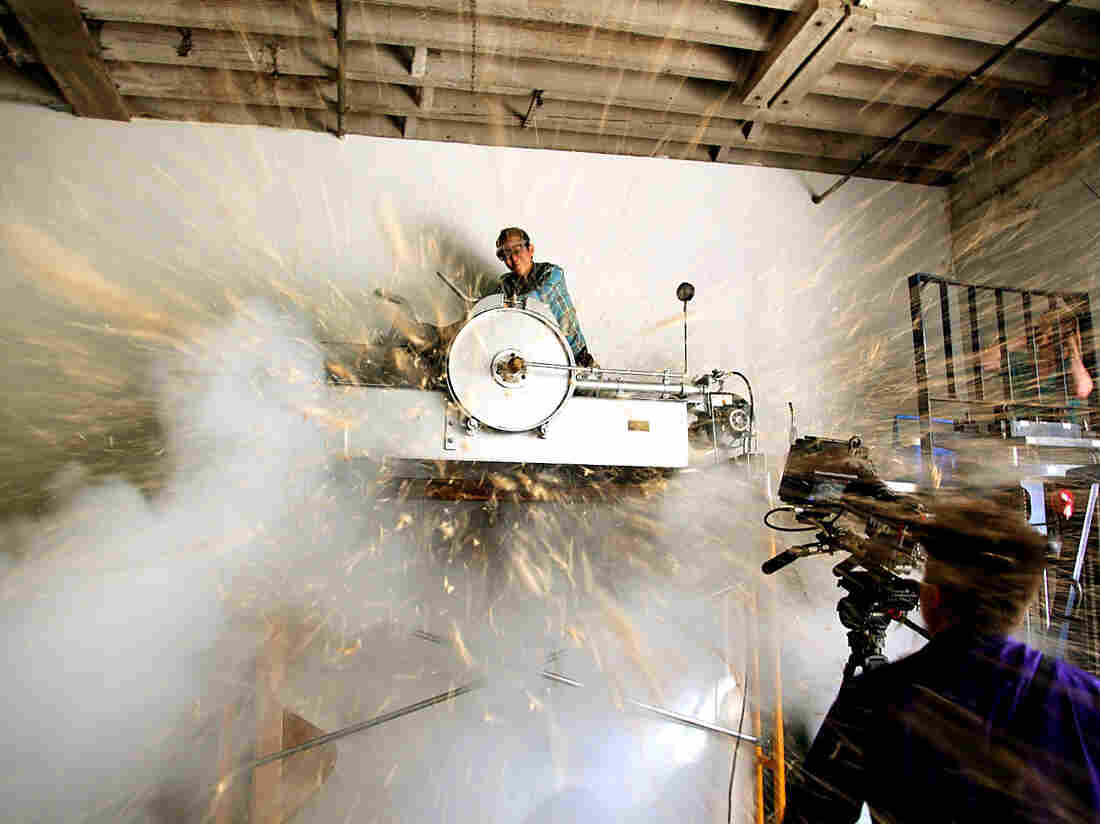 The whirling, 3,200-pound puffing gun was used to produce cereals like Cheerios and Kix in the early 20th century. The Museum of Food and Drink plans to feature it in its first exhibition, on breakfast cereal. Courtesy of MOFAD hide caption 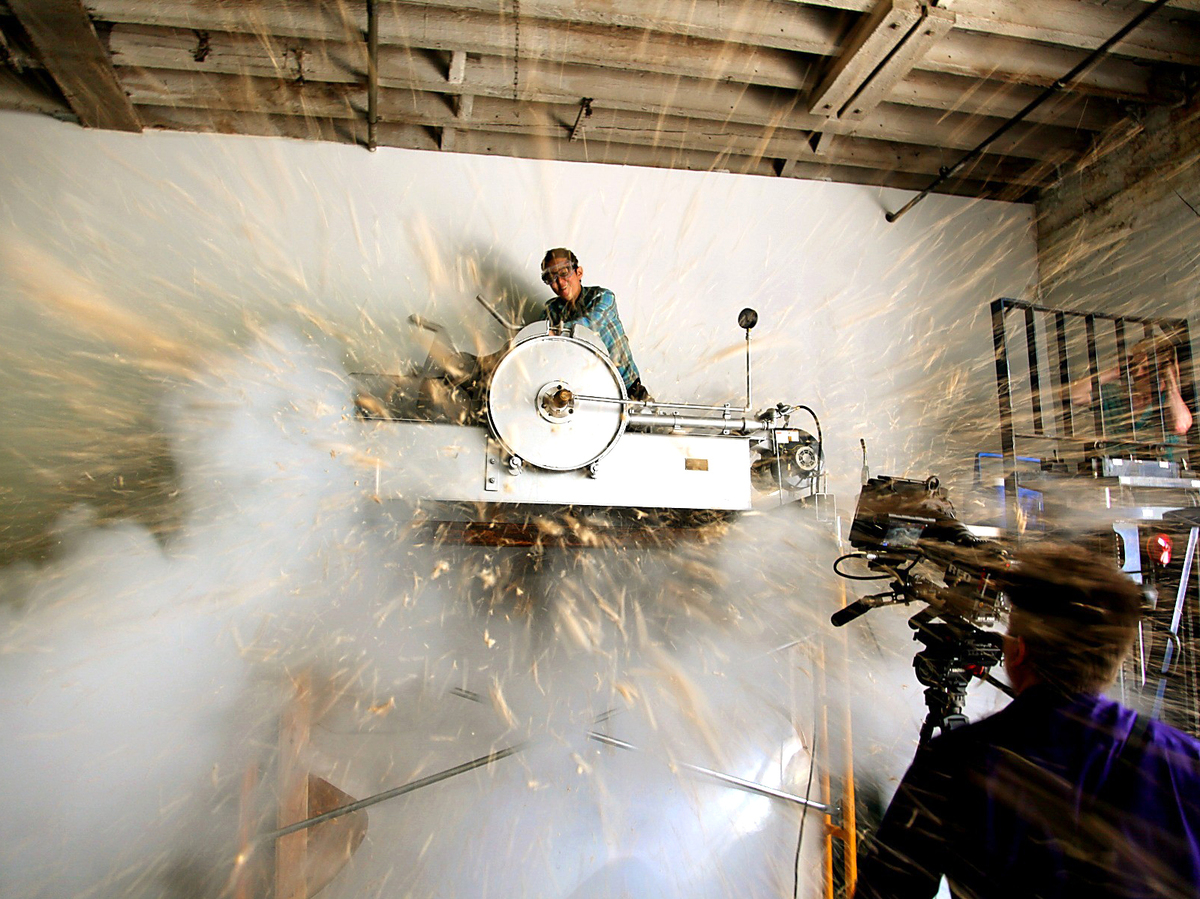 The whirling, 3,200-pound puffing gun was used to produce cereals like Cheerios and Kix in the early 20th century. The Museum of Food and Drink plans to feature it in its first exhibition, on breakfast cereal.

You can thank a very large, and very strange, machine called a puffing gun for all those Cheerios you crunched on as a kid.

And if all goes according to plan, you'll be able to see one of those guns, patented in 1939 to force air into grains so they pop in your mouth and float in a bowl of milk, at a temporary exhibition in New York City next year on the history of breakfast cereal.

"The puffing gun melds a lot of things at once," Peter Kim, the executive director of the Museum of Food and Drink, tells The Salt. "It's a historical treasure and an amazing machine that had a huge influence on the breakfast cereal industry."

The cereal exhibition will serve as a teaser for a brick and mortar museum slated to open in 2019 in New York City, says Kim. If — and it's a big if — the $25 million can be raised to make MOFAD a reality, food and drink will get their first great historical and cultural temple in the U.S. 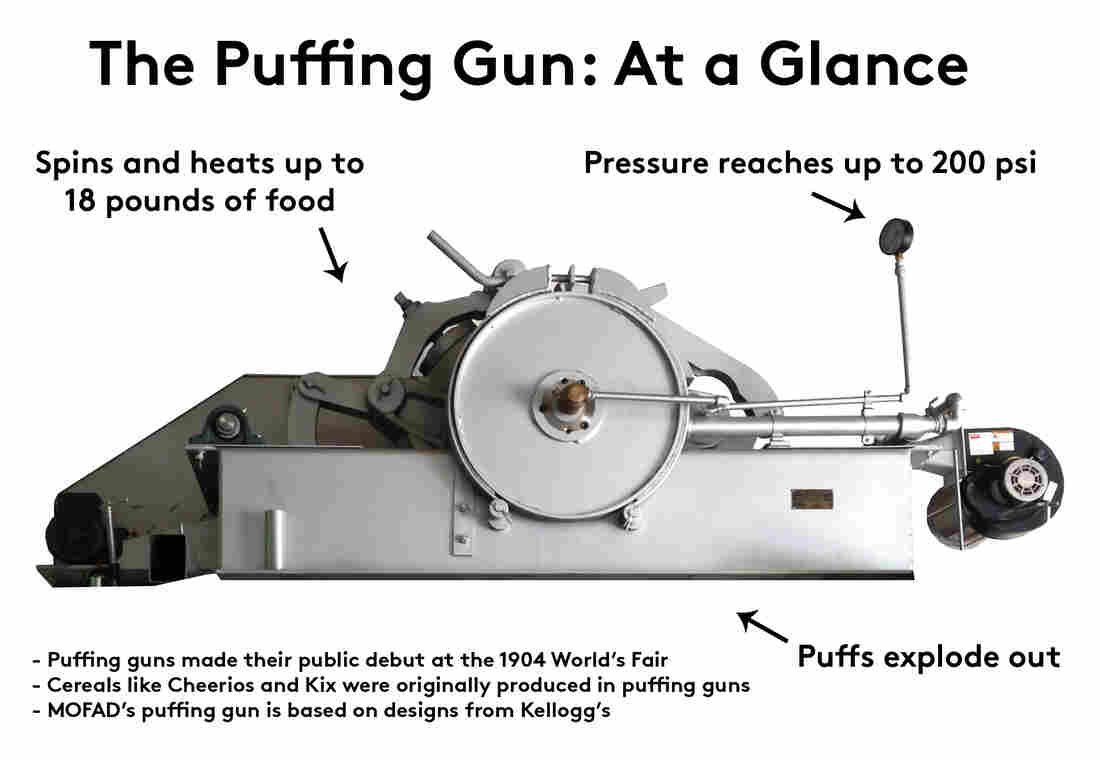 Enlarge this image
Courtesy of MOFAD 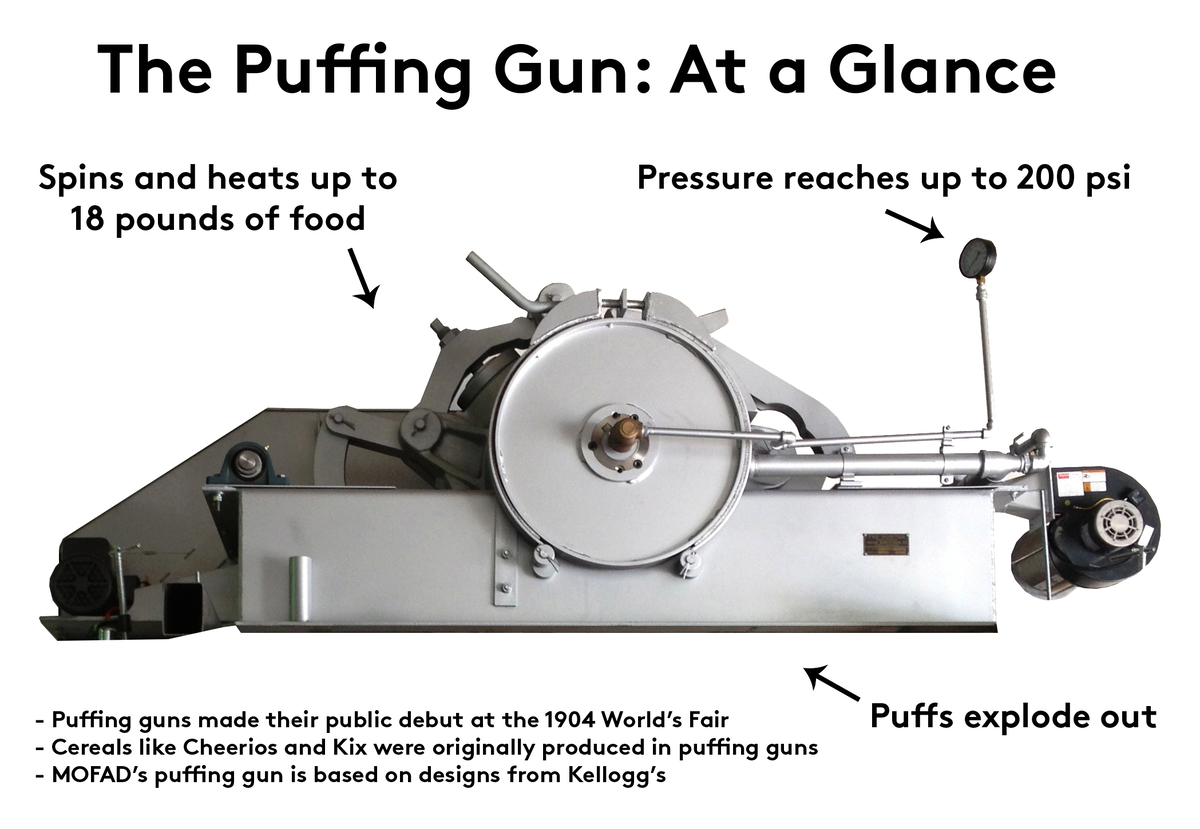 Besides the history of breakfast cereal, the hope is that the museum will offer the public rich, immersive experiences in themes such as what was actually consumed at the first Thanksgiving (hint: not turkey), the geography of the noodle, food on the battlefield and futurist food ideals.

But don't expect to see the names of Kellogg, General Mills or their competitors splashed across this museum's exhibitions. The young upstarts of MOFAD are forgoing any Big Food sponsorship for programming — which, of course, will make raising the millions considerably more difficult.

"We're taking great care to build our reputation as an organization that's not going to come at you with a [marketing] agenda," says Kim.

When we first heard that a group of chefs and foodies was raising money to build a Museum of Food and Drink in New York City, we were perplexed.

Isn't there already a food museum there?

Not really, it turns out. And there actually is no major food museum anywhere in the world.

Sure, there are the Spam Museum in Austin, Minn., and the elaborate ramen museum in Yokohama, Japan. Further down the path of obscurity are the Malomipari Muzeum of Hungary, dedicated to the grist mill industry, and the German bratwurst museum.

As far as regional food goes, you can visit the very fine Southern Food and Beverage Museum in New Orleans or one of the multitude of institutions in France and Italy dedicated to gastronomic traditions.

According to Sandra Oliver, a food writer and food historian whose Food History News created a directory of the 1,400 existing food museums around the world, the closest thing to MOFAD's grand vision might be the Alimentarium, in Vevey, Switzerland. It's backed by Nestle and has a permanent collection dedicated to the eating, digesting, cooking and purchasing of food. 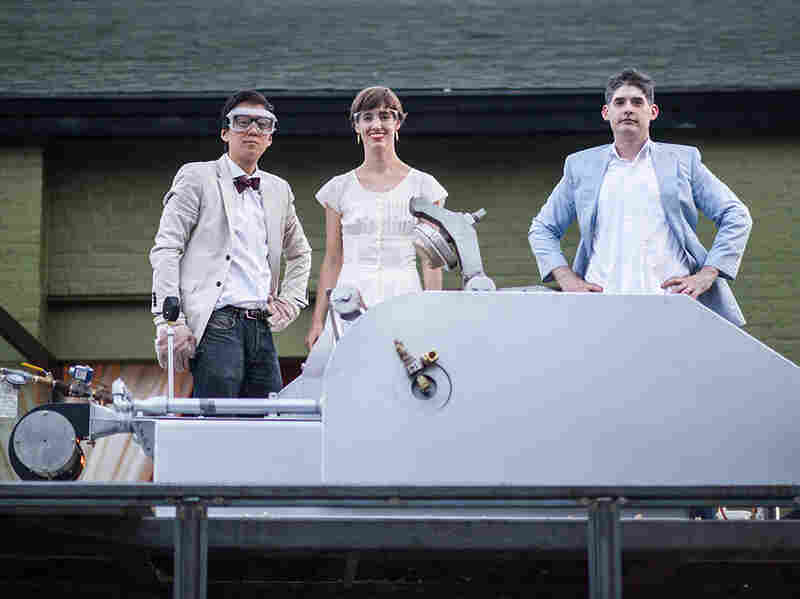 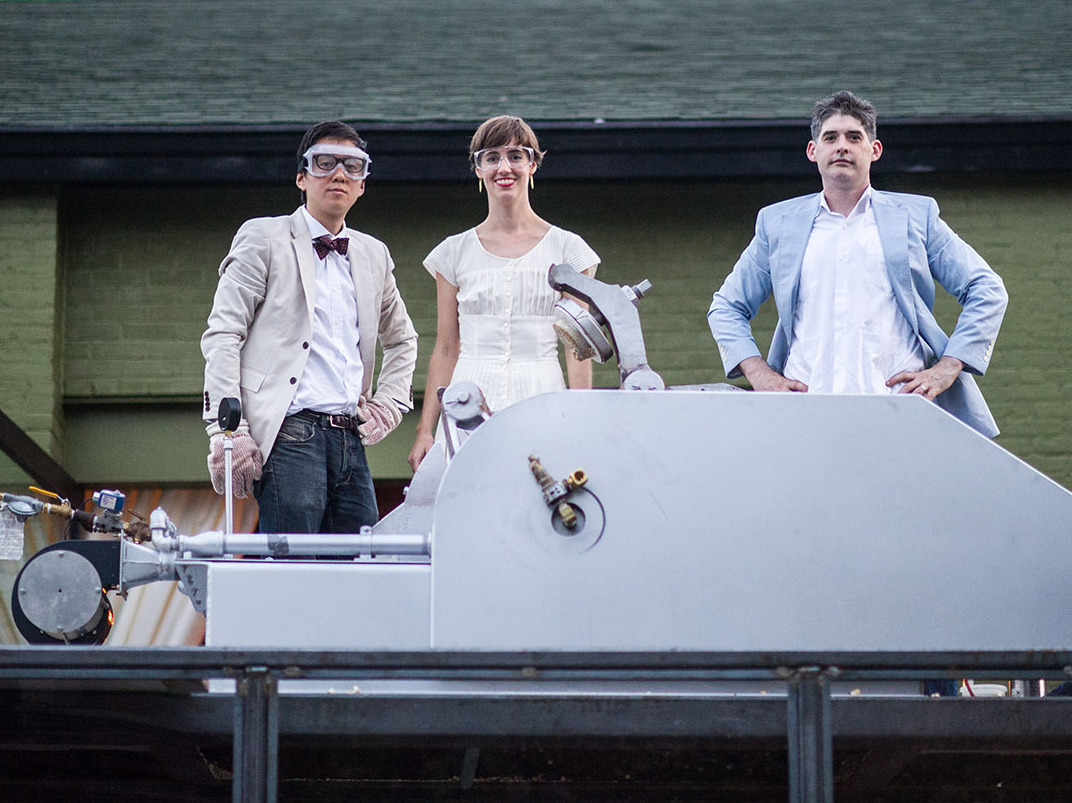 But why don't we have any such institution in here in the U.S. that approaches food broadly? "The lack of a major food museum in the U.S. reflects our general attitude about food," Oliver tells us. "There really hasn't been that much interest in food here. We want cheap food, and we're too preoccupied to cook."

"In order to justify a need to go to a food museum to eat, there has to be a burgeoning interest in food beyond nourishment and gustatory experience," says Kim.

In the past 15 years, he says, that interest has grown leaps and bounds. It has come out of the ascendance of the Food Network, and other foodcentric media; the explosion of interest in coffee and other artisanally produced products; the revolution in fine dining and molecular gastronomy led by celebrity chefs like Spaniard Ferran Adria; and growing awareness of the obesity epidemic.

"All this stuff has come together to show that there's still a fundamental disconnect between people and the food system," says Kim. "There's deeper respect and intellectual curiosity about food, but there also still is a great need to deepen this understanding."

Driving much of the museum's intellectual chutzpah is Dave Arnold, MOFAD's founder and president. Arnold's resume is about as impressive as they come in the food industry: He created and directed the Department of Culinary Technology at the French Culinary Institute (now the International Culinary Center). His Cooking Issues blog posts and radio shows are widely shared and respected by culinary nerds around the country. And he operates a food and drink research lab, which does R&D for his Booker and Dax cocktail bar in New York. (Oh, he wrote a book on the art and science of the cocktail, too.) 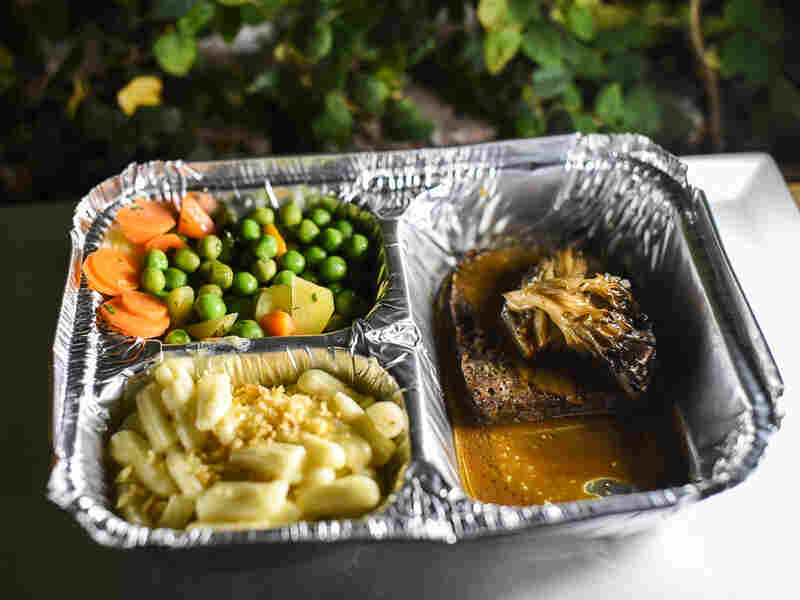 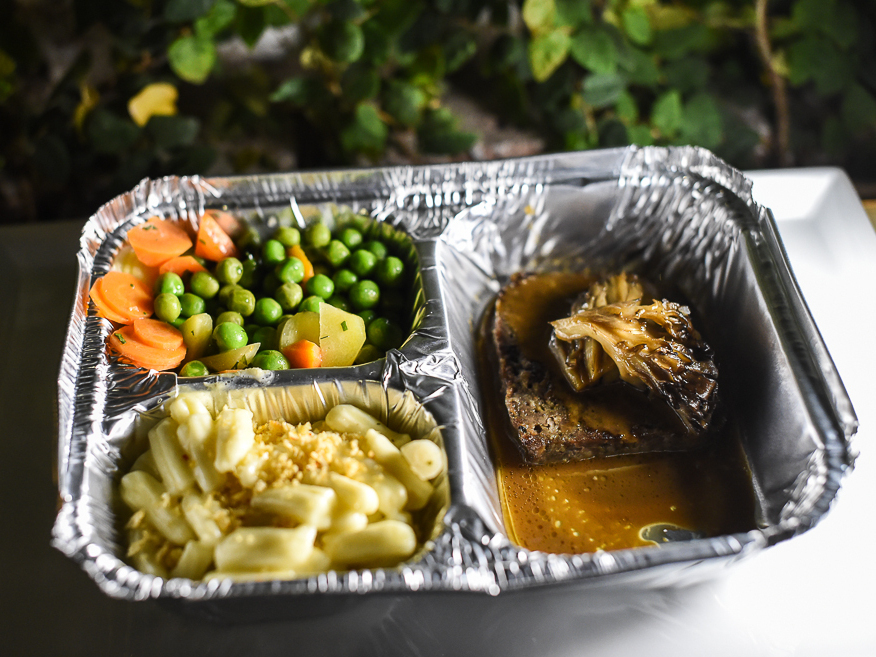 Chef Michael Anthony's TV dinner for the MOFAD Spring Benefit Dinner on May 7.

Arnold has lured big names, like Mario Batali and Harold McGee, to the MOFAD advisory board. And a recent benefit dinner we attended for MOFAD in Long Island City featured an all-star cast of eight New York chefs, including trailblazer Wylie Dufresne of (soon-to-close) wd~50; Dominique Ansel, the mastermind of the cronut; pastry wizard Brooks Headley; and vegetarian visionary Amanda Cohen of Dirt Candy.

In addition to putting on a spectacular meal, with courses inspired by future exhibits — which patrons paid $600 apiece to enjoy — MOFAD showed off its puffing gun.

Firing up the puffing gun and then giving visitors a taste of puffed cereal will be a key part of the immersive experience that will differentiate MOFAD from other food museums out there, says Kim: "We want to engage the senses, especially taste and smell." MOFAD's lens on food will be far wider, too. "When you leave and go to the grocery store, we want you to see that there's a story, economy, science behind a food like cereal."

According to Justine Pokoik Hopkins, a researcher at MOFAD, this is the direction most museums are now going — away from the passive, one-way experience of art to multimedia exhibitions offering different perspectives. But unlike the Museum of Modern Art, which has to make major structural and conceptual changes to offer a more immersive experience, MOFAD can plan that approach from the get-go.

And while MOFAD is still a ways off from its various fundraising goals — $1 million for the 2015 exhibit and $25 million for a complete museum — it's stimulating conversation like a good museum should. Already this year it has sponsored roundtables on some of the most provocative food issues of the day: the marketing and ethics of Big Food and GMOs.

A previous version of this post incorrectly said that the budget for the new museum is hundreds of millions of dollars. It's actually $25 million.