Accessibility links
Sandwich Monday: The Concrete : The Salt For this week's Sandwich Monday, we try the Concrete. It's a frozen custard confection so thick, you can turn it upside down and it won't fall out of its cup. 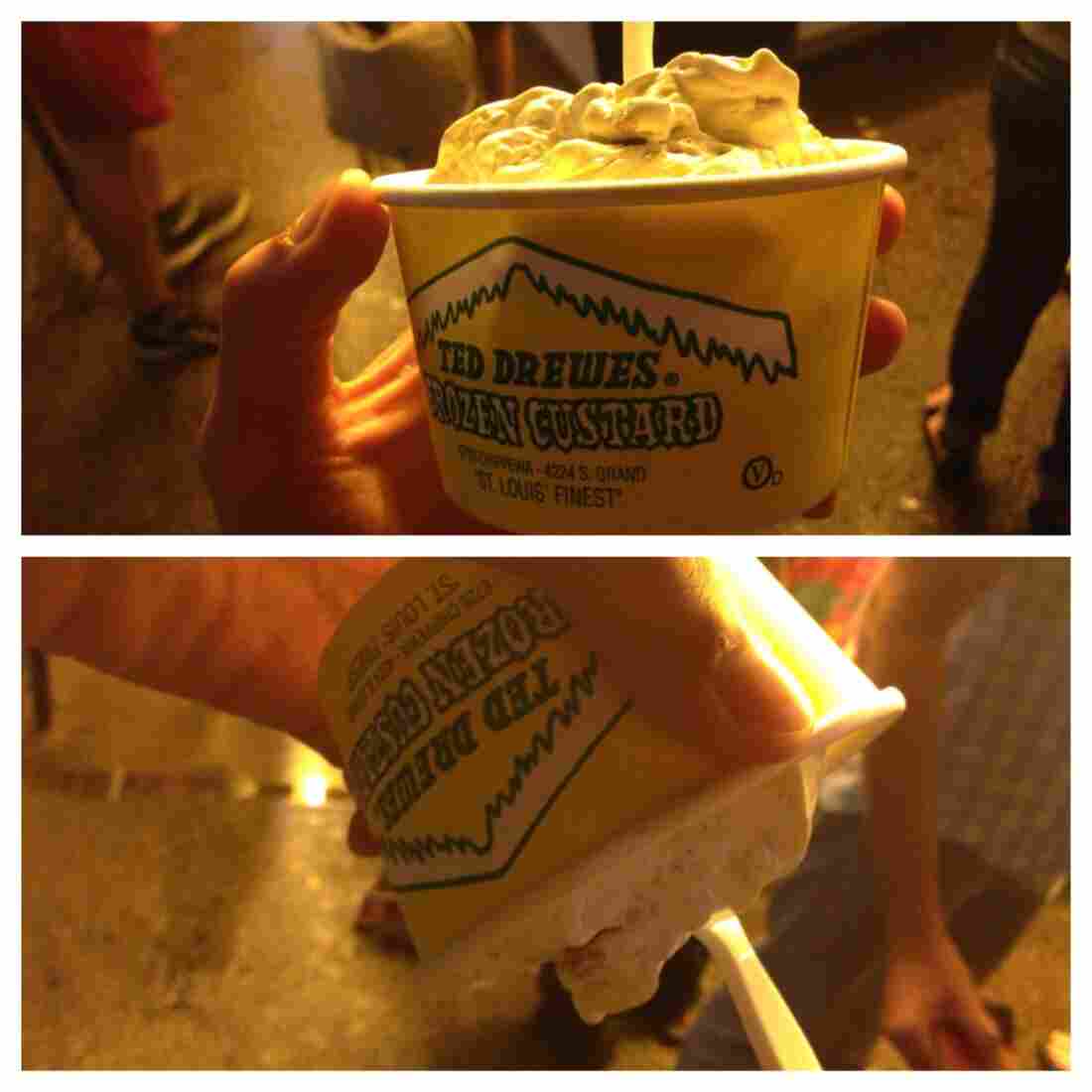 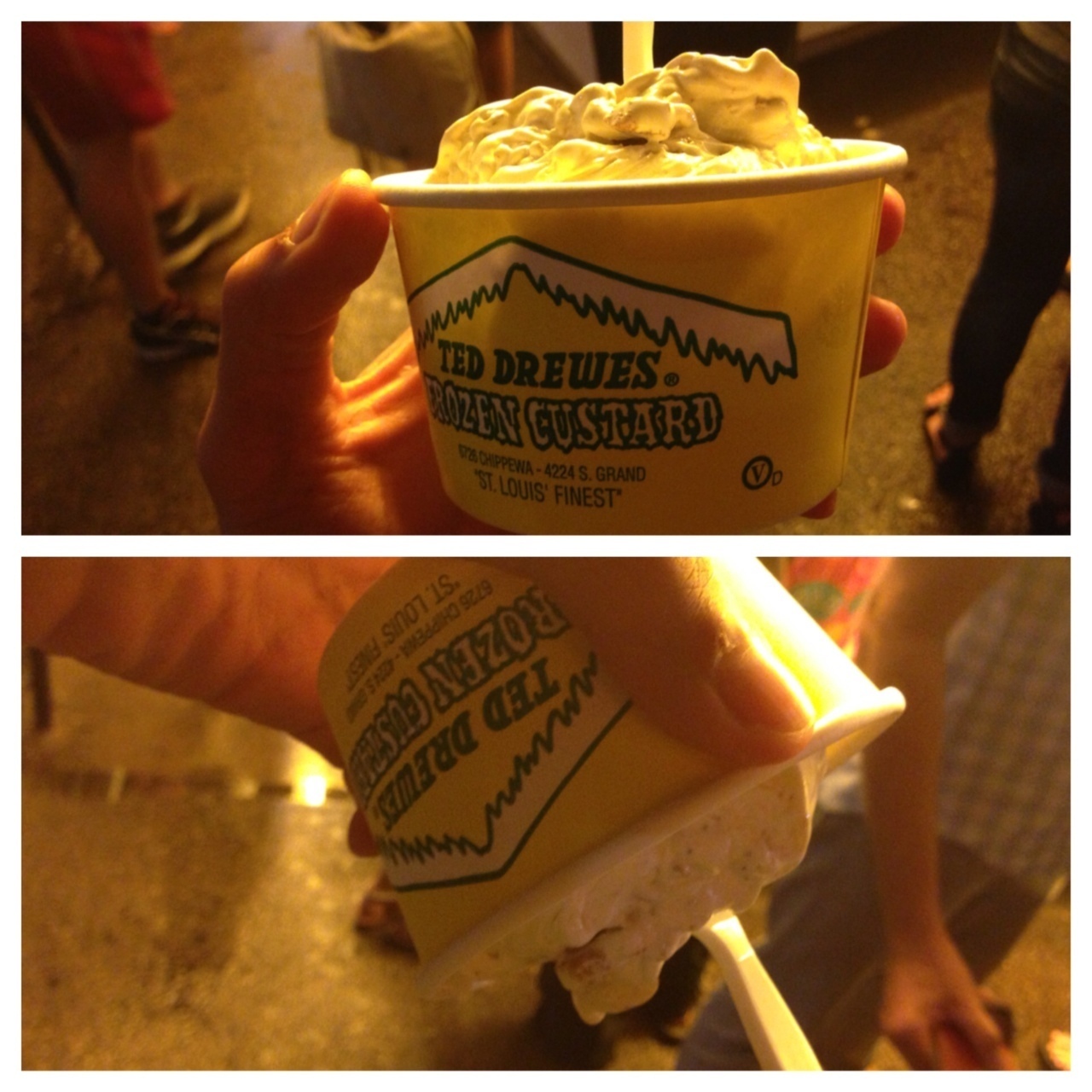 Purveyors of fine foods have any number of ways of showing them off. Auntie Anne's hands out free pretzel samples at the mall; McDonald's lets a princess sit on top of the Big Mac to show she can't feel a pea underneath.

At Ted Drewes in St. Louis, when they hand you your Concrete, they flip it upside down to show you it's so thick, it won't fall out of the cup.

If you're not familiar with the Concrete, it's a frozen custard confection, like a Dairy Queen Blizzard on crack. You can get it filled with anything, including crack.

Miles: The world would be a better place if this was what roads were paved with.

Ian: This is way better than the Loose Gravel. Which it turns out is actual loose gravel. 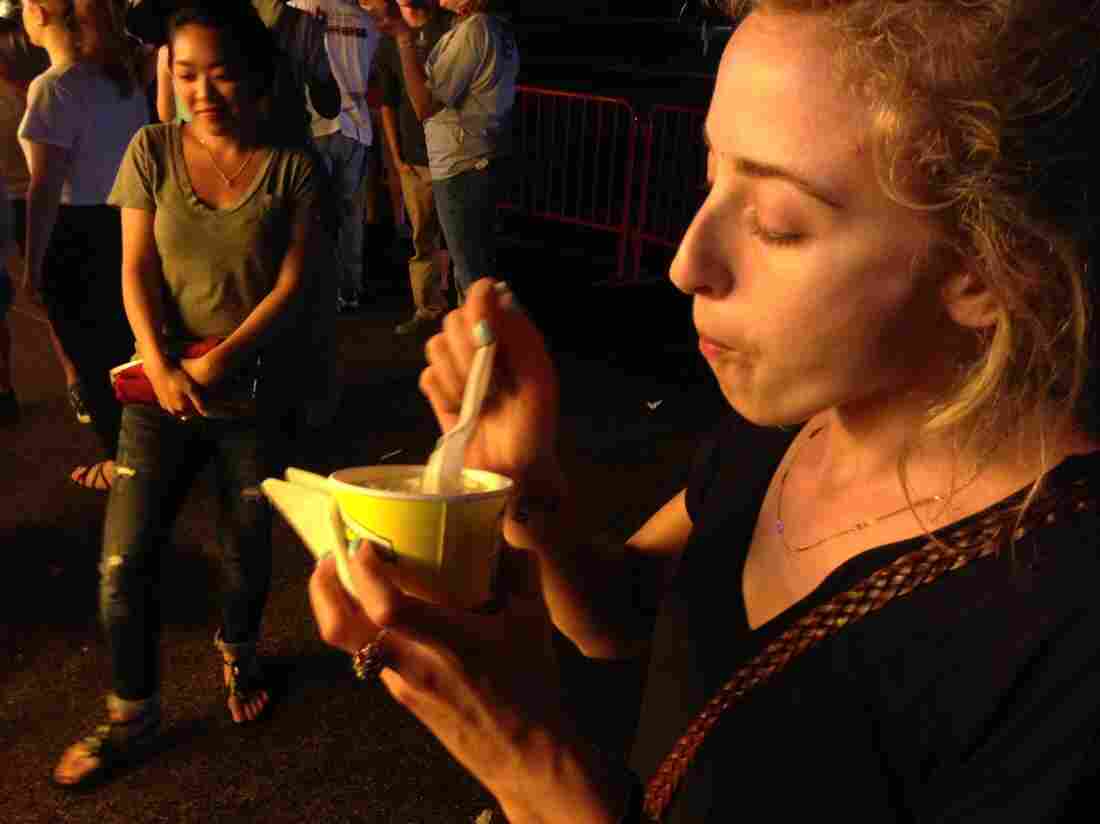 Eva uses all of her strength to get the Concrete out of the cup. NPR hide caption 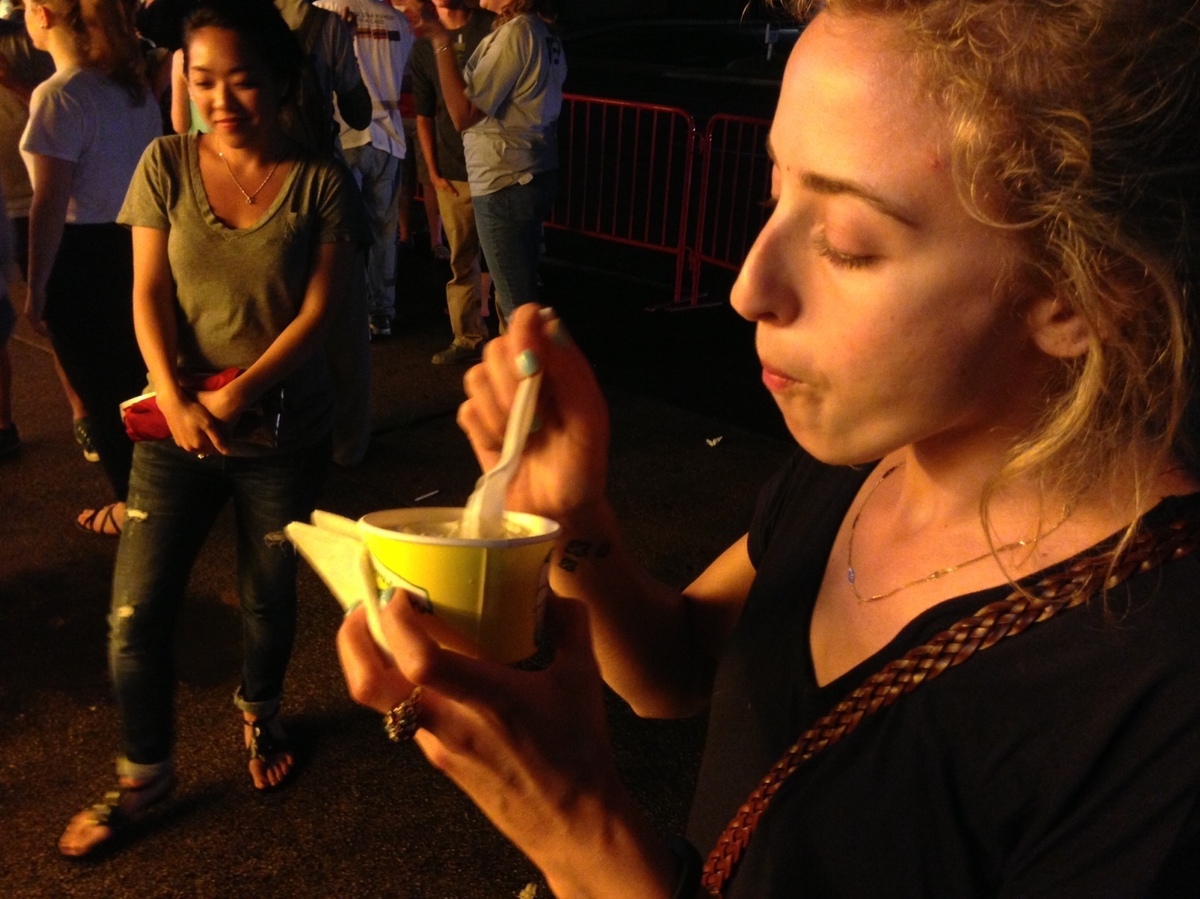 Eva uses all of her strength to get the Concrete out of the cup.

Peter: If they'd had these in the 1810s, Lewis and Clark never would have left St. Louis. They wouldn't have been able to move.

Ian: So the thing about these is you can flip them over and they don't fall out. Yet I can eat it easily with a spoon. Therefore my desire to have food in me is stronger than gravity.

Miles: In physics, there are five kinds of forces: strong, weak, electromagnetic, gravitational and — the strongest — gastrointestinal. 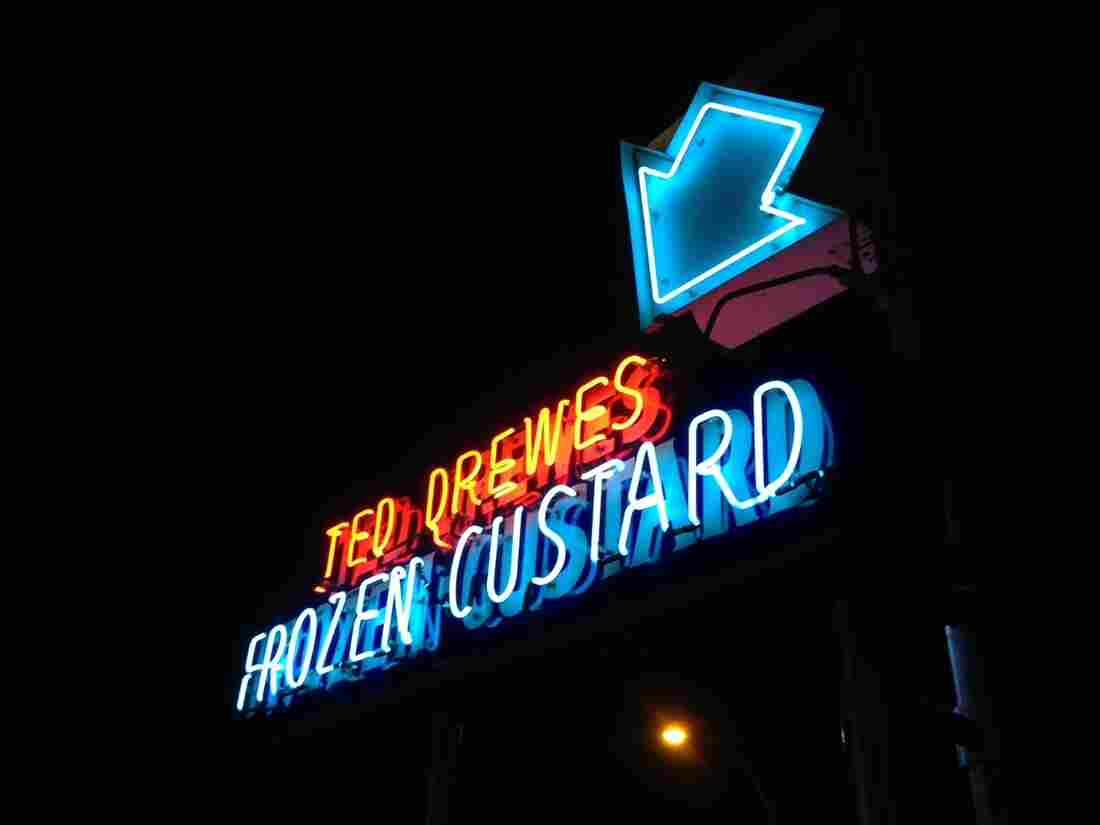 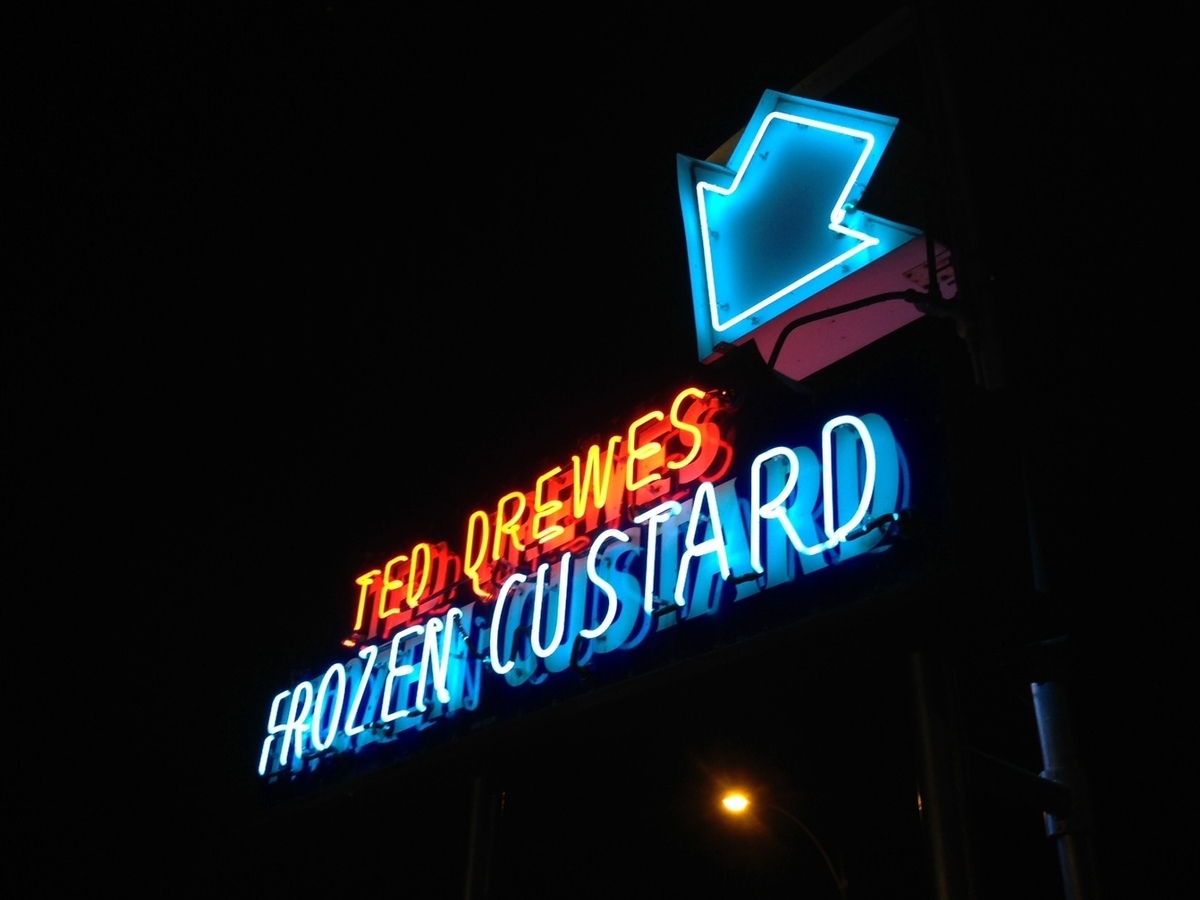 Go into the light.

Peter: I like the Dark Matter flavor Concrete. You can't see or taste it, but it still makes you fat.

Robert: Slamming my face into this concrete is much more satisfying than that time in college after those tequila shots. 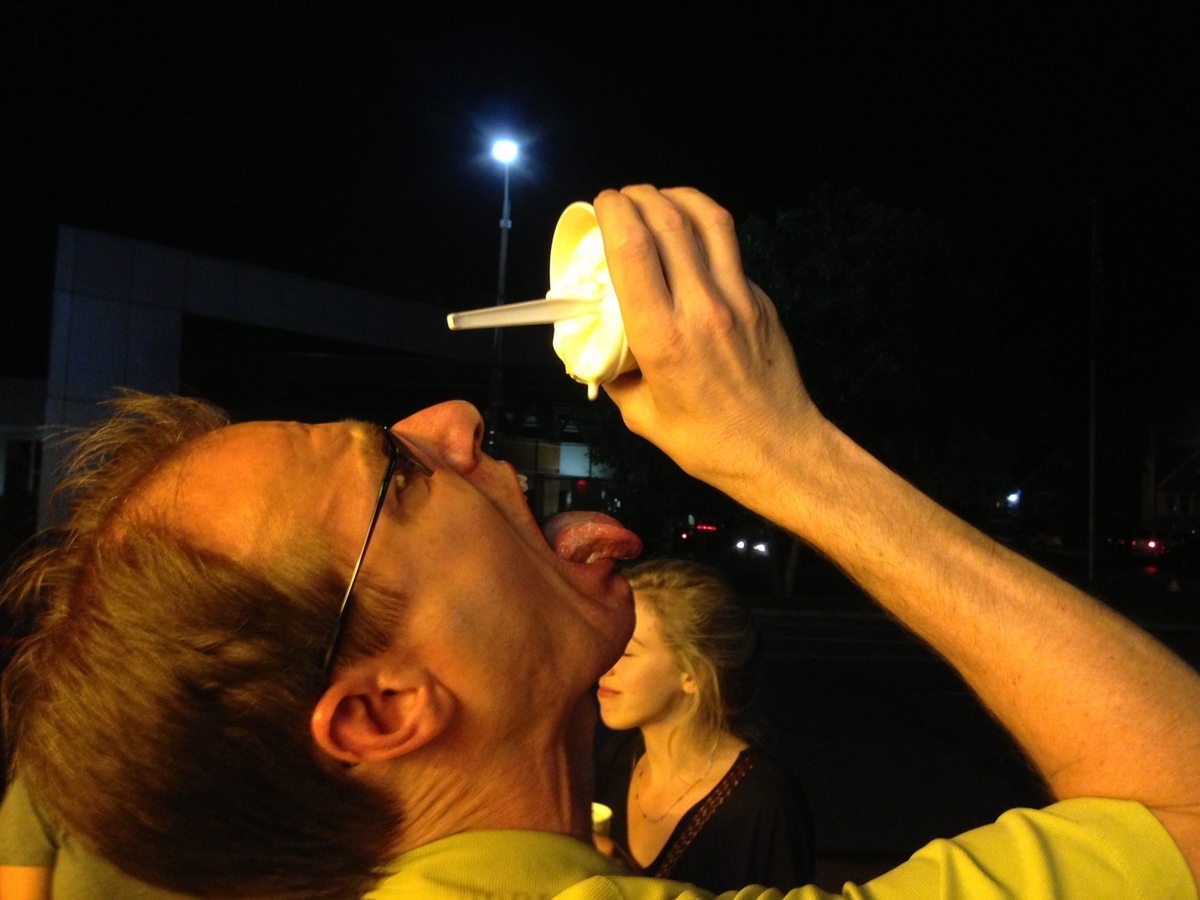 Miles: I'd like to be a victim of the mob that makes its cement shoes out of Ted Drewes' Concrete.

Eva: This makes me feel inferior — if someone turns me upside down, I fall. 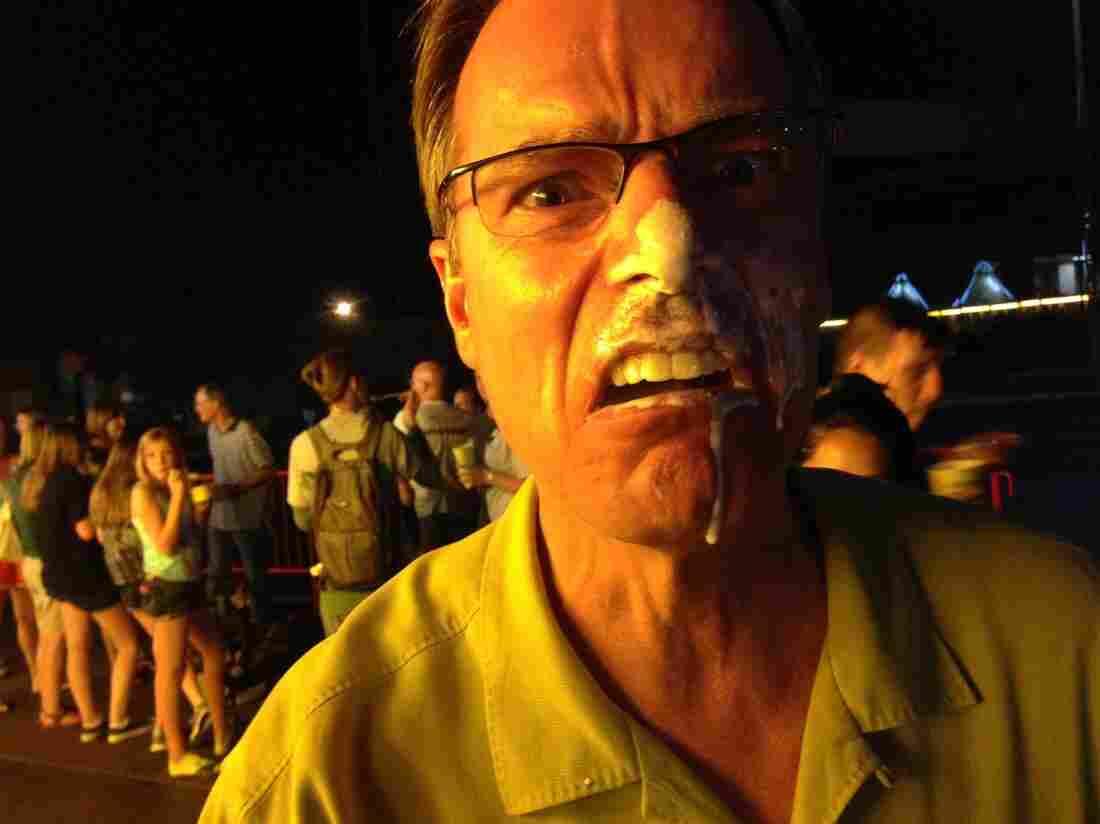 It wasn't supposed to fall out of the cup. But the Concrete, like the rest of us, just found Robert's face irresistible. NPR hide caption 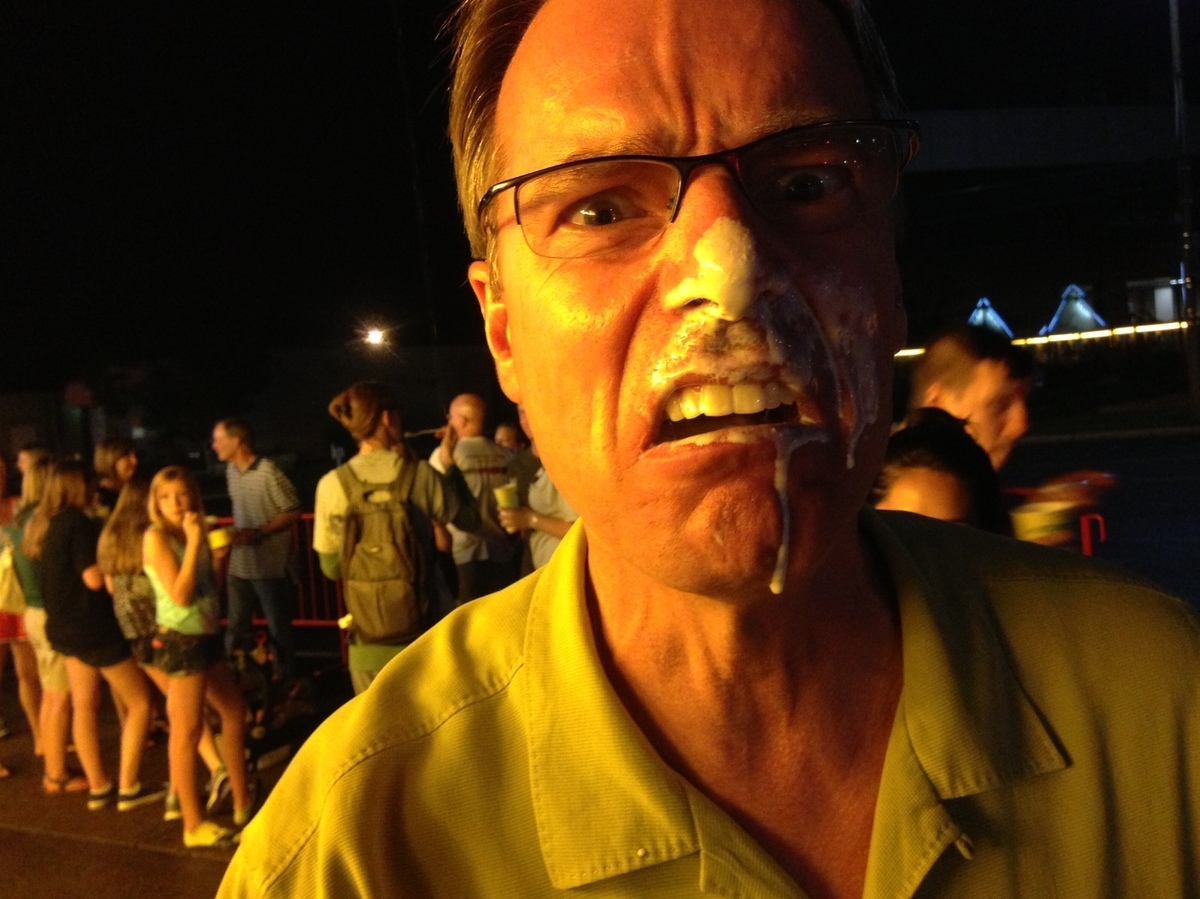 It wasn't supposed to fall out of the cup. But the Concrete, like the rest of us, just found Robert's face irresistible.

Robert: It's delicious, but I think strengthening it with rebar goes a little too far.

Miles: Either way, I, for one, am now pro-crete.

Eva: I like knowing my dessert is there for me; my rock.

[The verdict: Is it delicious? Absolutely. Is it a sandwich? Of course it is. We stopped at Ted Drewes when we were in St. Louis to do Wait, Wait there a while back .... OK, let's be honest: We did Wait, Wait there so we had an excuse to go to Ted Drewes.]