Accessibility links
Big Bucks From Strawberry Genes Lead To Conflict At UC Davis : The Salt The strawberry breeding program at the University of California, Davis, is a big money-earner. It's created a unique hybrid of the public and private breeding sector, and that's led to conflict. 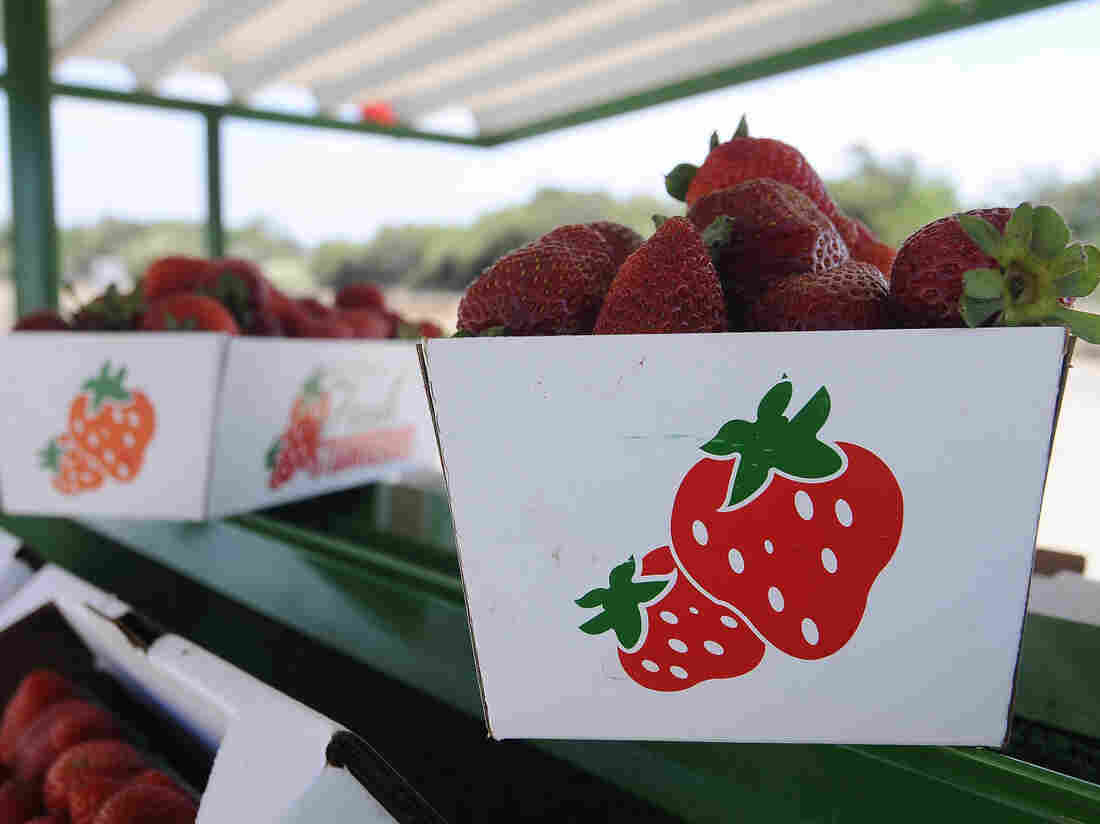 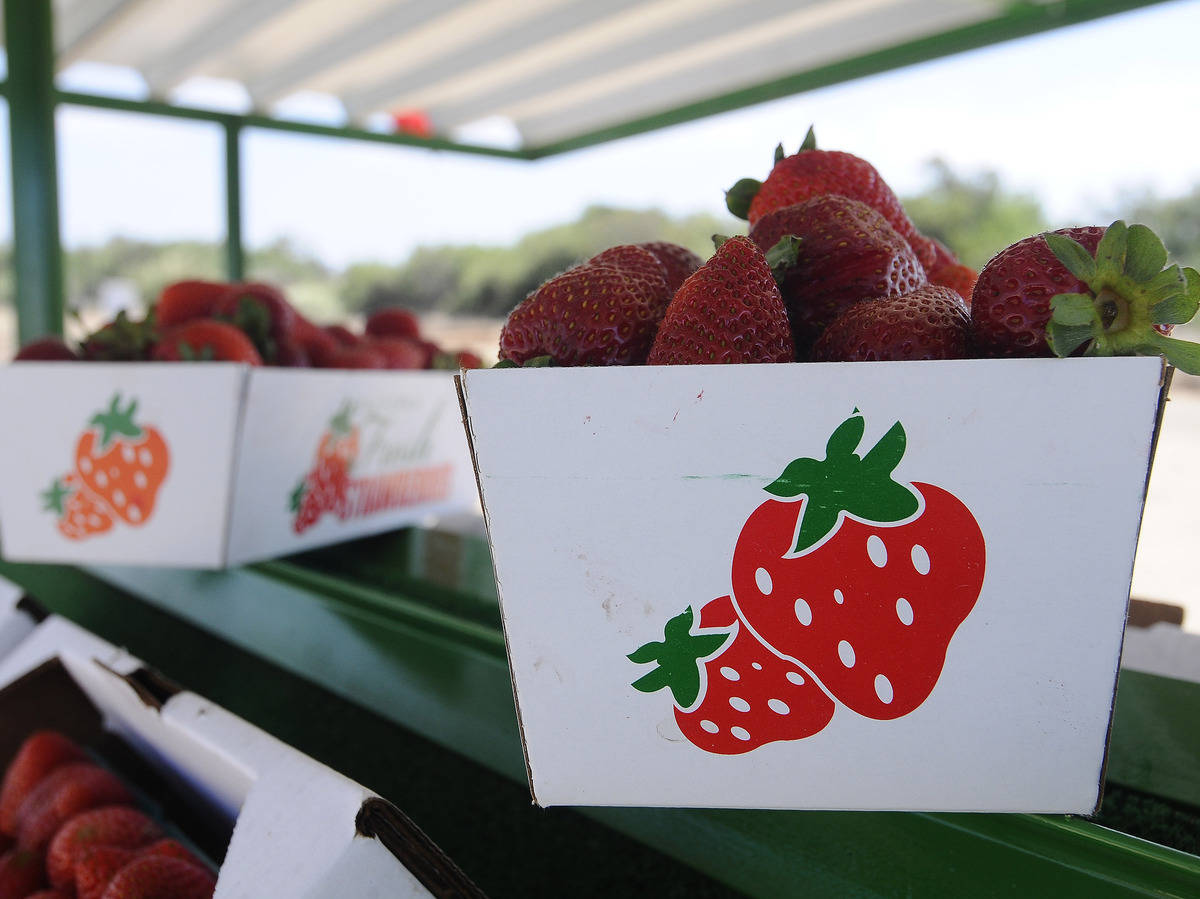 Trays of albion strawberries are on display at the Bob Jones Ranch fruit stand on Aug. 25, 2012 in Oxnard, Calif.

Yesterday, we reported on a legal tussle over control of the country's top center of strawberry breeding, at the University of California, Davis. But there's a backstory to that battle. It involves the peculiar nature of the UC Davis strawberry program.

Basically, in the world of plant breeding, there are public programs at universities, there are private efforts at companies like DuPont or Monsanto. And then there's the UC Davis strawberry program, an ungainly hybrid of those two worlds.

Public breeders have traditionally made their work freely available to the public, and to each other. "We're a pretty family-type group," says Jim Hancock, a berry breeder at Michigan State University. "We like to work together. We like to share germplasm [the technical term for seeds or plant samples.] It's kind of in our genes, if you will."

Not the UC Davis strawberry breeders. Among public breeders "they are by far the most restrictive. No question. Hands down," says Hancock. "Not only will they not share material with you, they don't think you should use any of their varieties, which you can buy, in your breeding program."

The UC Davis strawberry breeders are faculty members in the university's Department of Plant Sciences. That normally involves teaching and knowledge-expanding research, yet their primary focus is creating commercial varieties that can be patented and licensed to strawberry growers.

They are remarkably successful at it. Most of the strawberries that we eat trace their ancestry to breeding plots at UC Davis. And because strawberries are a phenomenally valuable crop, these varieties earned the University of California $50 million in royalties from 2004 to 2013. This placed strawberries among the the UC system's top money-earning inventions. That revenue far exceeded the cost ($16 million over those years) of running the strawberry breeding program.

Roughly a third of those royalty payments, $18 million, went directly to the co-inventors of those varieties, the breeders Douglas Shaw and Kirk Larson. Shaw and Larson, in turn, shared some of that money with their co-workers.

Until recent years, no public plant breeder could have imagined earning such sums of money, and it's still mind-boggling for many.

Yet in an e-mail to NPR, Shaw sounded disgusted that he wasn't earning even more. "The University has done a poor job of commercialization and has not collected fair value for its product," he wrote.

California's strawberry growers don't pay full price for UC Davis varieties, for instance. The way Shaw sees it, those discounts amounted to money taken from him and the university, which means that "all the money to run this program since 2000 .... came from [the university] and the strawberry breeders."

Money, however, wasn't Shaw's biggest problem. According to Shaw, he ran into increasing conflicts with university administrators who didn't value his commercially oriented program. This is what convinced him to leave the university, he wrote in an email. "We do not fit here any longer."

Some of Shaw's professional associates say that personality may also have played a role. They describe Shaw as highly skilled, but also opinionated and "polarizing."

Shaw and Larson now have decided to end their attempt to straddle both public and private worlds. They are setting up a private company to continue their work unconstrained by the university.

Many are now wondering how strawberry breeding at UC Davis will evolve in the future. This includes strawberry farmers, who are suing the university, hoping to force it to continue in something close to its current form.

The university has promised to hire a new strawberry breeder, but that breeder may not have Shaw's single-minded focus on new commercial varieties. Instead, the program may devote more effort to research that won't lead to immediate profits, such as searching for valuable genes in wild strawberry species.

Eventually, that could mean less revenue for the university. But the UC Davis program might rejoin that "family-type group" of public breeders who like to share plant materials with each other.