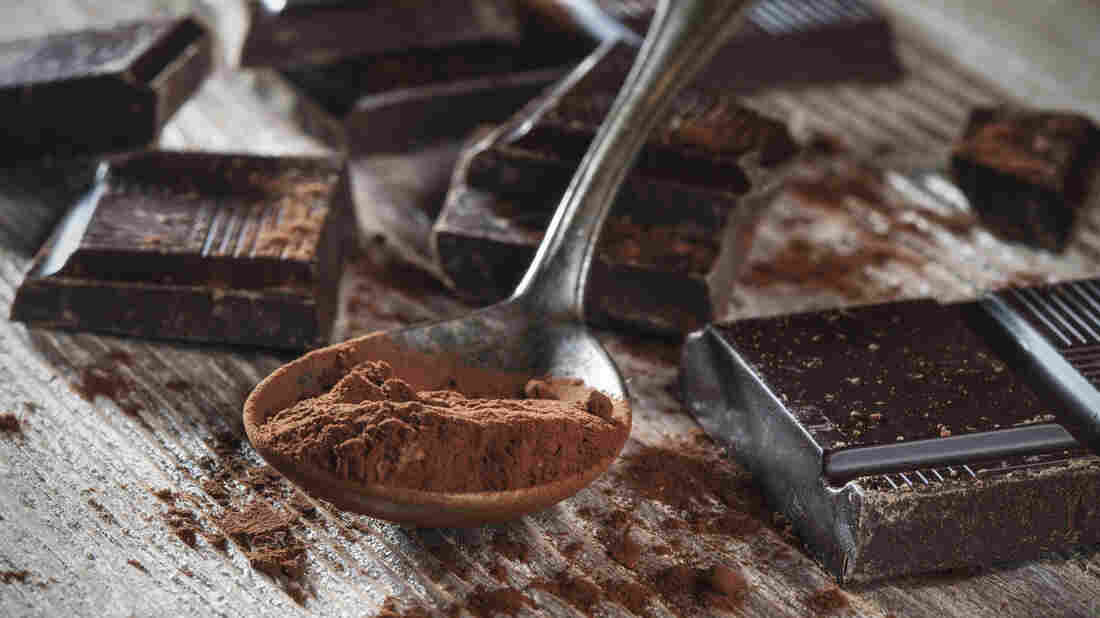 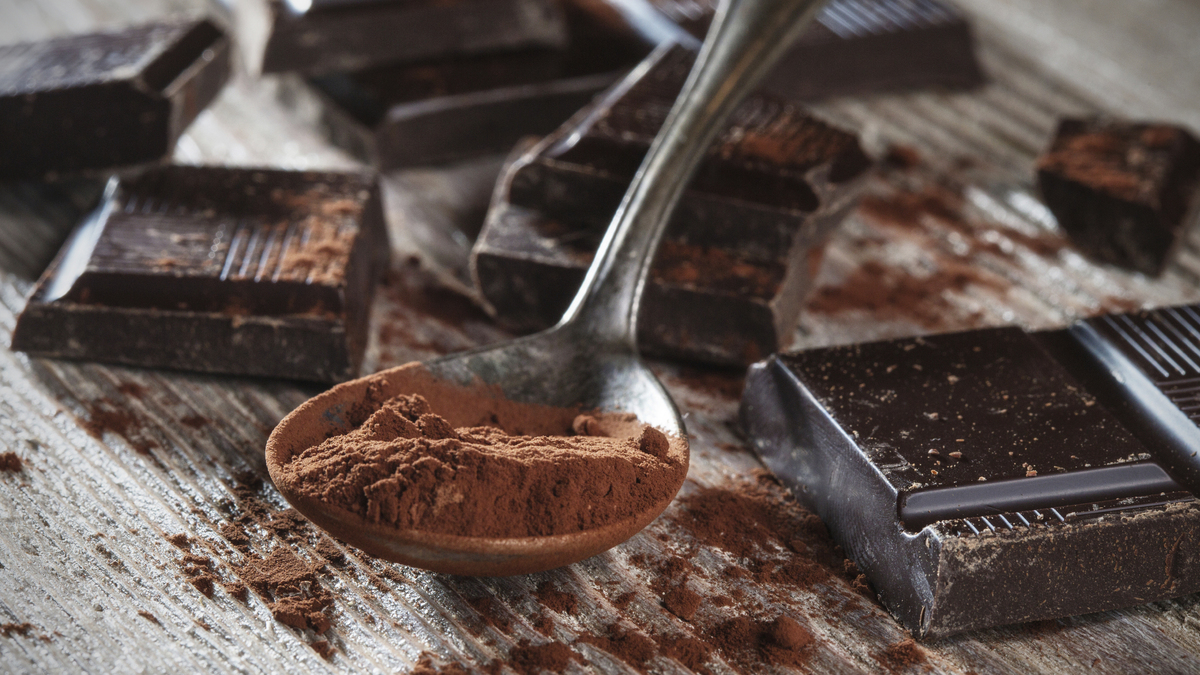 Researchers say the polyphenols in dark chocolate can help the body form more nitric oxide, a compound that causes blood vessels to dilate and blood to flow more easily.

The idea that eating cocoa-rich, dark chocolate may offer greater health benefits than milk chocolate is not new.

Cocoa is loaded with compounds called polyphenols that have been shown to help our bodies fend off inflammation and maybe even improve our moods.

And now a small study published in the Journal of the American Heart Association offers evidence of another possible benefit: improving vascular health by increasing blood flow.

Researchers studied patients with peripheral artery disease, or PAD, which affects about 20 percent of adults older than 70 in the U.S. and other Western countries. People who have PAD can have trouble walking and exercising since blood flow to their limbs becomes impaired. Cramping can be a problem, too.

"After eating the dark chocolate, [the participants] walked an average 11 percent farther," study author Lorenzo Loffredo of Sapienza University of Rome tells The Salt in an email. And yes, he says they were surprised by the findings.

He and his colleagues observed improved blood flow among the participants who ate the dark chocolate. "Conversely, we did not observe effects on blood flow and on walking autonomy in PAD patients after milk chocolate consumption."

So what explains the link between dark chocolate and improved walking?

The researchers say the polyphenols in dark chocolate can help reduce oxidative stress and help the body form more nitric oxide, a compound that causes blood vessels to dilate.

Interestingly, as I reported a few years back, there's another kind of intervention that leads to a similar effect: meditation.

That's right, slowing down and centering yourself, or being in the moment, as mindfulness meditation teaches, has been shown to have the same nitric oxide-producing effect in the body.

And this may be beneficial for lots of people, not just those with PAD. When blood vessels open up, blood pressure tends to go down.

As hypertension expert Randy Zusman explained it when I reported on the meditation study, you can think of it as a plumbing issue. "You're pushing the same amount of blood through a bigger pipe," he said. "That's what nitric oxide ... does in response to relaxation." And, it seems, dark chocolate helps that process along.

Now, back to the PAD study, which was funded by a grant from the Sapienza University of Rome. Do the results suggest that chocolate could be used as treatment?

Not so fast. As physician Mark Creager of Brigham and Women's Hospital, who reviewed the study, points out, "The overall effect [of the dark chocolate] was relatively modest."

In an email, he pointed out to us that the 11 percent increase in walking distance doesn't add up to much — only about 40 extra feet.

"To put this in context," says Creager, "with other forms of treatment, such as supervised exercise training, maximal walking distance increases by approximately 100 percent."

Creager says the new study highlights the potential role of antioxidant treatment, but he says follow-up studies, including a larger number of participants, would be needed to see if the findings hold up.