Accessibility links
What It Takes To Make A Decent Cup Of Coffee In Space : The Salt Italian engineers say they've finally come up with a way to brew espresso on the ISS so astronauts can ditch the instant coffee. We asked: What's so hard about making coffee in space? Answer: A lot. 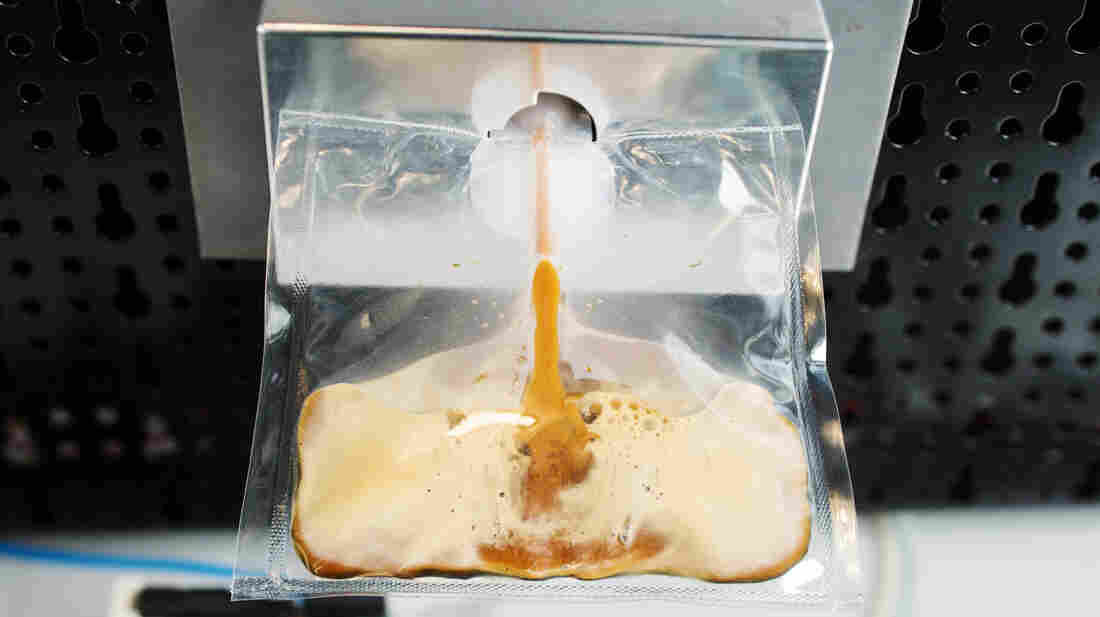 Leave it to the Italians to design a capsule-based espresso system for astronauts who miss their morning cup. Andrea Guermani/Courtesy of Lavazza hide caption 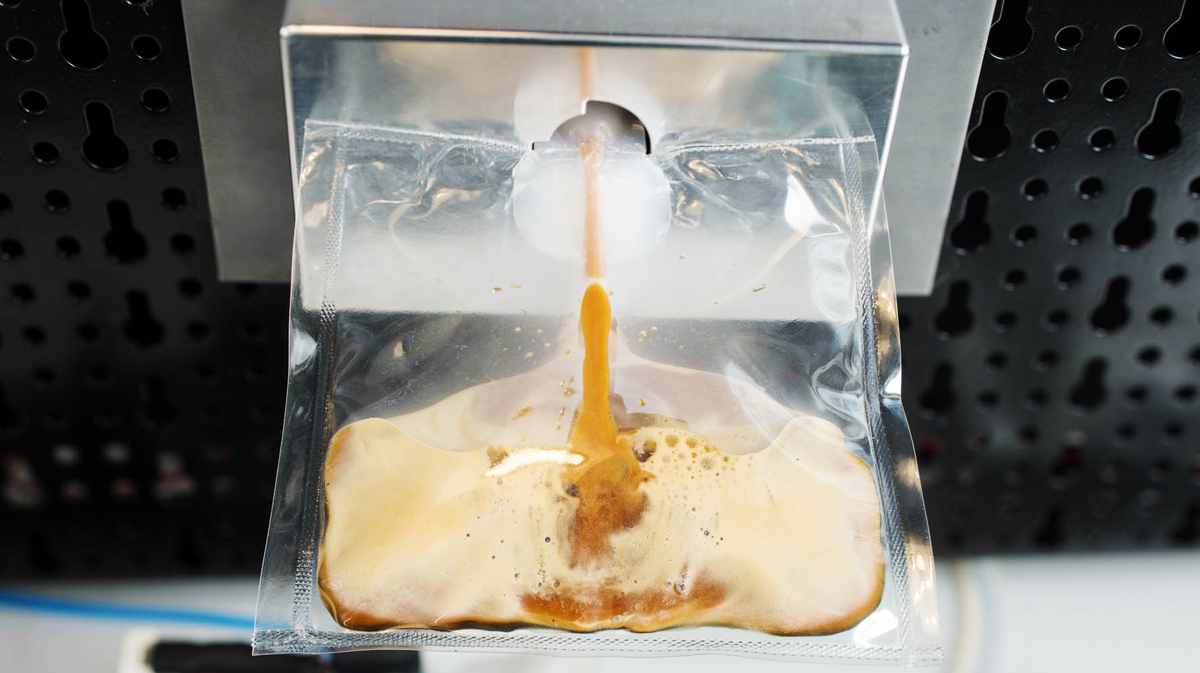 Leave it to the Italians to design a capsule-based espresso system for astronauts who miss their morning cup.

When our pals at the Two-Way wrote last month that engineers had finally come up with a way to brew some good Italian espresso on the International Space Station, we were thoroughly intrigued.

As they reported, the space-age coffee machine — called, naturally the "ISSpresso" — is a capsule-based brewing system. It's similar in principle to a Keurig machine. But engineers at the Italian aerospace firm Argotec, along with coffee company Lavazza and the Italian space agency, ASI, finessed it to function in a microgravity environment.

Just when did space get so hipster? First they start growing their own salad and vegetables up there, and now they've got fancy coffee — what's next, a microbrewery on Mars?

But mainly, we wondered — why is it so complicated to make coffee on the ISS? To help answer that question, we called up Vickie Kloeris, the manager of the NASA Space Food Systems Laboratory.

"You can't just send a regular espresso machine to orbit and expect it to work," she says. Here on Earth, coffee machines depend heavily on gravity, she explains. But on the ISS, there's only a minuscule amount of gravity — called microgravity. So everything floats.

The biggest challenge is figuring out how to keep the scalding water inside the espresso machine contained, Kloeris says. Everything has to be sealed, secure and safe. 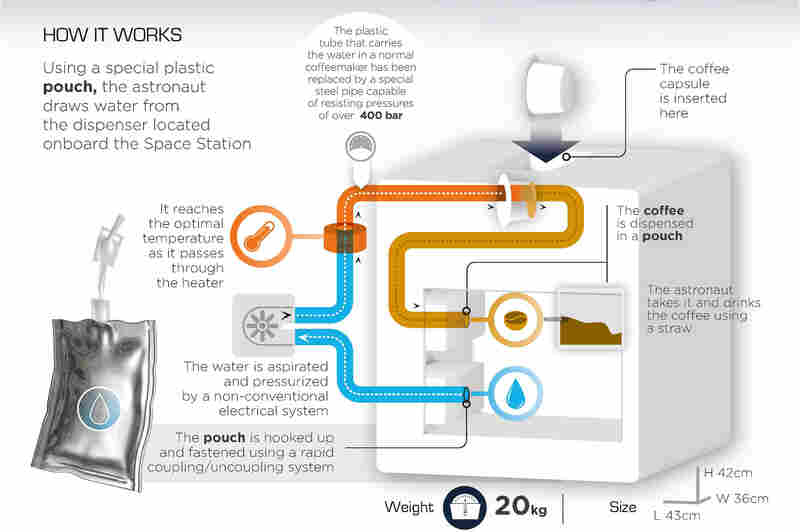 How the ISSpresso system works. Courtesy of Lavazza hide caption 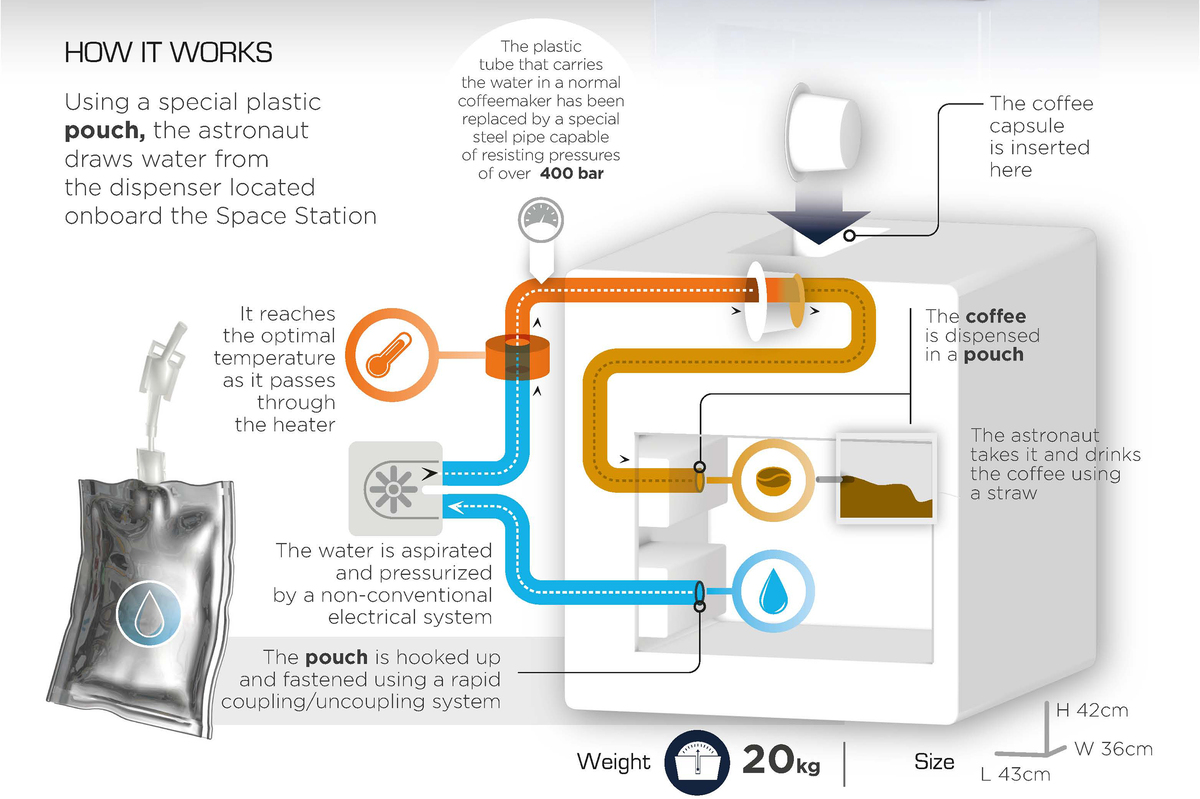 How the ISSpresso system works.

There's also the issue of keeping everything sanitary. "On the ISS, they don't have a sink where they can wash everything up," she says. A small amount of liquid left over in the machine could become rank and unhealthful pretty quickly.

But once these safety concerns are addressed, there's the whole issue of making sure the espresso tastes good. And that's where it gets really tricky, says David Avino at Agrotec, who helped develop the ISSpresso.

"To make good Italian espresso there are two major components — the pressure and the temperature," Avino says. Water has to approach the coffee grounds at around 98 Centigrade (208 Fahrenheit), and leave the brewing unit at 75 C (167 F), Avino says. Fluctuations in the temperature of either the water or the steam can leave you with a substandard brew.

But the balance is really hard to achieve in space. When you boil water on Earth, the bubbles of steam stay evenly distributed in the water because of gravity. In space, these bubbles can come together and create pockets of really hot air.

That can really mess with the temperatures inside the espresso machine, Avino says. It can also get dangerously hot.

The engineers behind the ISSpresso got around this by using sturdy steel tubes to move the water around, instead of the rubber tubes used in regular espresso machines. They also equipped it with various temperature controls.

These extra bells and whistles make the ISSpresso weigh over 40 pounds, according to Avino. The plan is to send the machine up to the ISS with Italian astronaut Samantha Cristoforetti next year.

Initially, the machine will come with only 20 single-serve coffee capsules. "Our machine is still an experiment," Avino says. If all goes well, he says, the machine could become a permanent addition to the space station.

Of course, drinking coffee up in space still won't be the same as sipping it down here on Earth. Classic Italian espresso comes with a creamy layer of foam on top. But that foam may behave a lot differently in space, Avino says. "It will most likely spread around the whole container."

And the astronauts will have to drink it out of a sippy pouch so the hot liquid doesn't float away from them. It's not quite as elegant as drinking from an espresso cup.

It also means the astronauts won't be able to smell the coffee very well, Avino says. And smell has a huge impact on the way we perceive food and drink.

But hopefully, it will be an improvement over the instant coffee that the astronauts have been drinking thus far. With a shot of sharp espresso to start the day, Avino says, "they'll live much, much better."