Accessibility links
Saskawhat? A Novel Berry Takes Root On Michigan Farms : The Salt Some rookie farmers in northern Michigan are growing saskatoon, a shrub that looks like blueberry. They're also experimenting with it in the kitchen — in jams and pies. 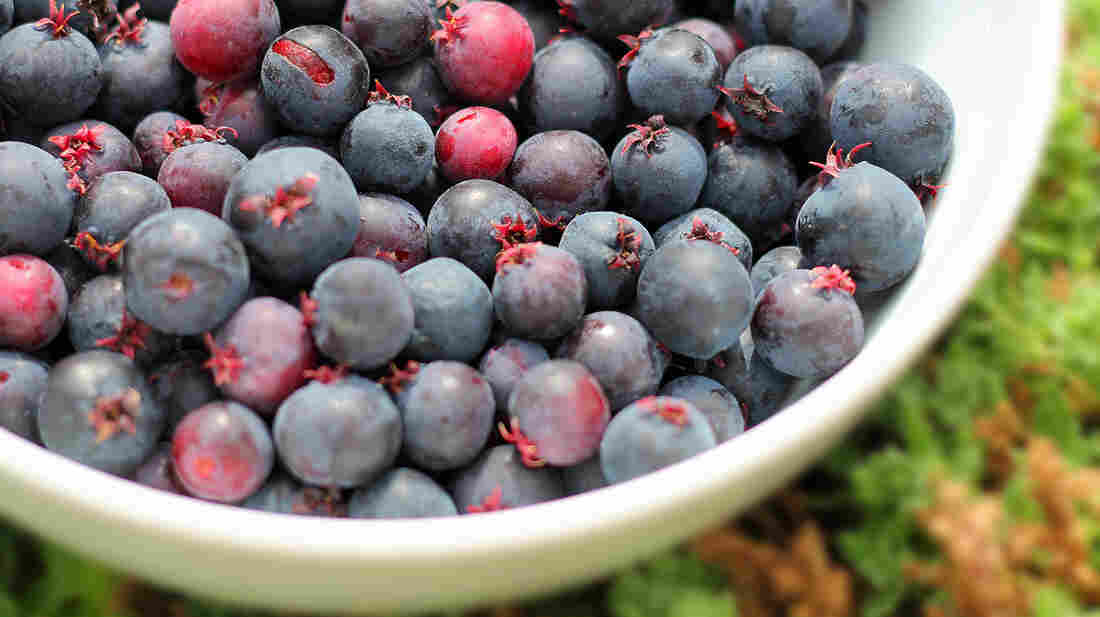 The saskatoon looks like a blueberry. But the shrub is more closely related to an apple tree. Kate Ware/Flickr hide caption 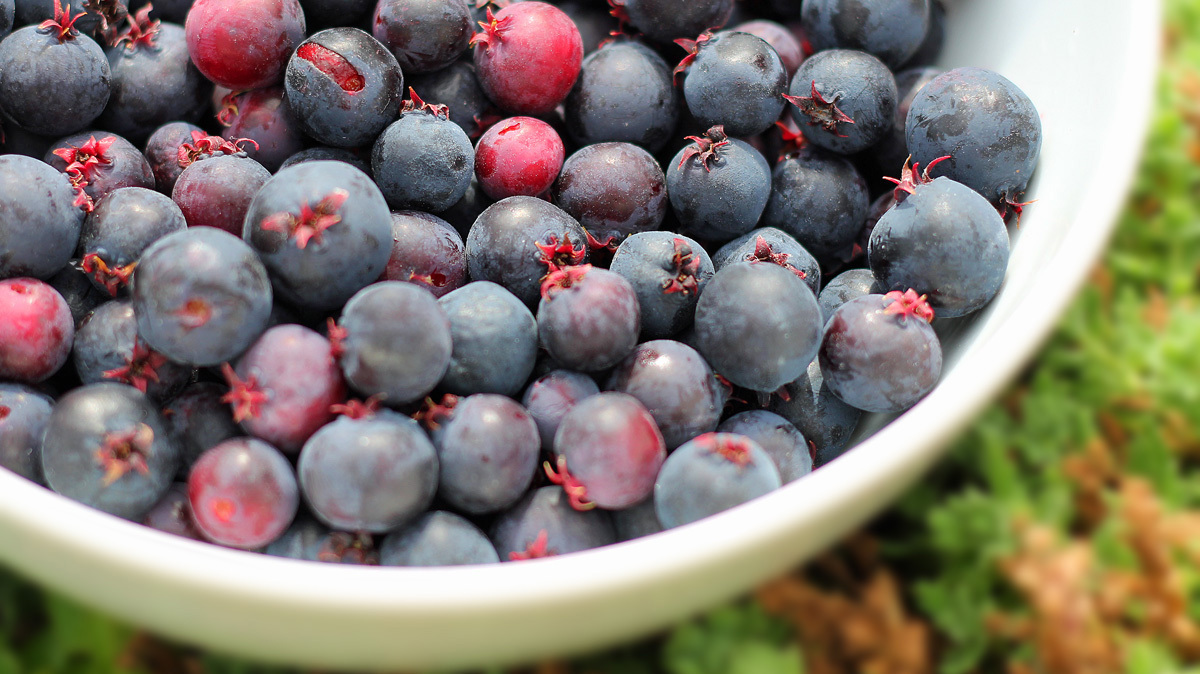 The saskatoon looks like a blueberry. But the shrub is more closely related to an apple tree.

A new kind of berry has found its way into Michigan grocery stores. These dark purple fruits are called saskatoons.

This commercial cultivar of the wild juneberry is pretty common in Canada, but it hasn't been grown by farmers in the U.S. until recently. Here, the berry, also sometimes called the serviceberry, has been collected in the wild for generations.

One farmer who has started growing them in Michigan isn't quite sure how to describe the taste.

"Every time I eat them I get a different flavor," says Steve DuCheney, who grows saskatoons in the northern part of Michigan. "The other day I had somebody tell me they tasted like peach, and that was the first time I heard that one."

Others say they have a nutty flavor, like an almond. Rich Fasi of Interlochen, Mich., thinks of them as a mix between a blueberry and a cherry. "They're really sweet," he says. His wife uses them in pies.

The saskatoon plant and the fruit look like blueberry. But the shrub is actually more closely related to an apple tree.

DuCheney is a cabinet maker who started growing the berries on his three acres in 2008, to make some extra money after the economy here crashed in 2008. Now he's one of about 20 saskatoon growers in the area.

"I get tired of mowing the grass — the grass doesn't make me any money — so I thought, 'I need to plant something in the yard that's gonna help boost our income,' " he says.

DuCheney will be busy this month harvesting berries. In addition to deliveries to grocery stores even as far as away as Detroit, he opens his small farm to people who want to pick saskatoons themselves.

Most of these growers have never farmed before — one is a retired autoworker, and another is a school superintendent. And these rookie farmers are trying to build a new industry, with hopes that this berry will take off in the States.

Fasi, whose wife makes the saskatoon pies, has seen a wild variety of this plant before. But the saskatoons the farmers are now growing commercially "are bigger, they have fewer seeds," he says.

Canadian farmers first began cultivating wild saskatoons, or juneberries, more than 30 years ago. Steve Fouch, a retired Michigan State University extension agent, encountered them there about a decade ago.

Fouch started promoting the plant in northern Michigan because it is cold-hardy, and the region's soil is just right. But most farmers in the area grow cherries, and many were skeptical about this imported cultivar.

"People sit back and say 'If this is such a good idea, why wasn't this here 100 years ago?' " Fouch says. But people probably laughed when the first cherries first came to the region in the late 1800s, Fouch says.

Now that more farmers are trying their hand at growing saskatoons, people are also trying different recipes to showcase all that the berry has to offer.

DuCheney has been busy experimenting in his kitchen. He has used the berries in jams, jellies and pie fillings. "I just did a saskatoon bourbon barbecue sauce the other day, and it is really good," he says.

In fact, things are looking so good that DuCheney is considering getting out of the furniture-making business.

He says the day can't come soon enough when he puts down his woodworking tools and picks up his apron and garden shears full time.