Accessibility links
Will Camu Camu Be The Next Amazonian 'It' Fruit? : The Salt Camu camu will soon dethrone açai — an Amazonian berry that's made its mark in the crowded health food market. Or so its promoters are claiming. We asked NPR's Brazil bureau to investigate. 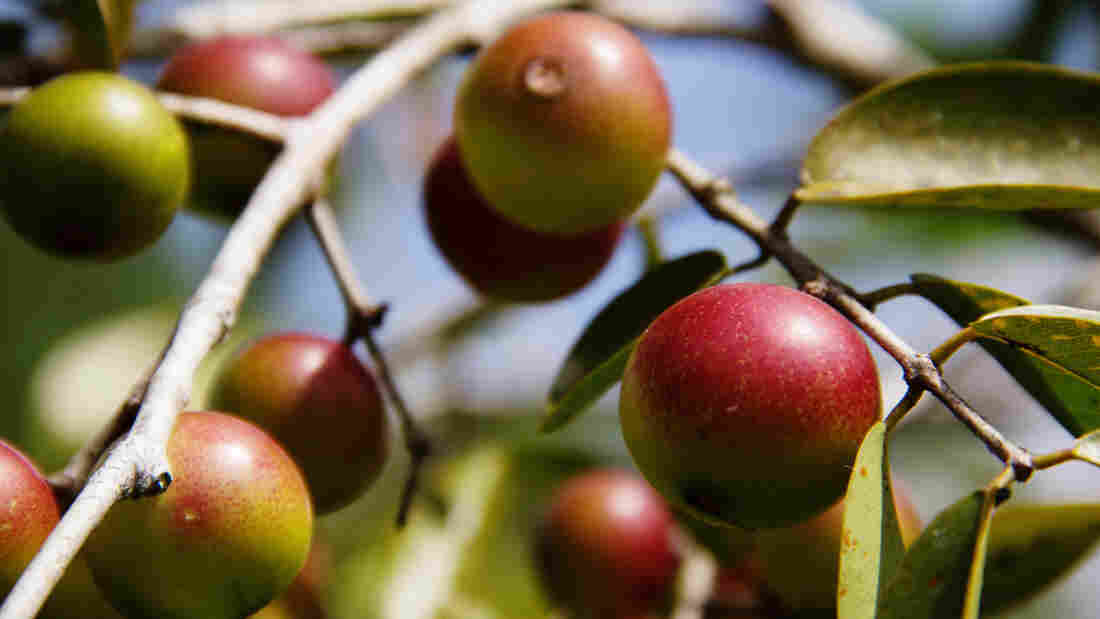 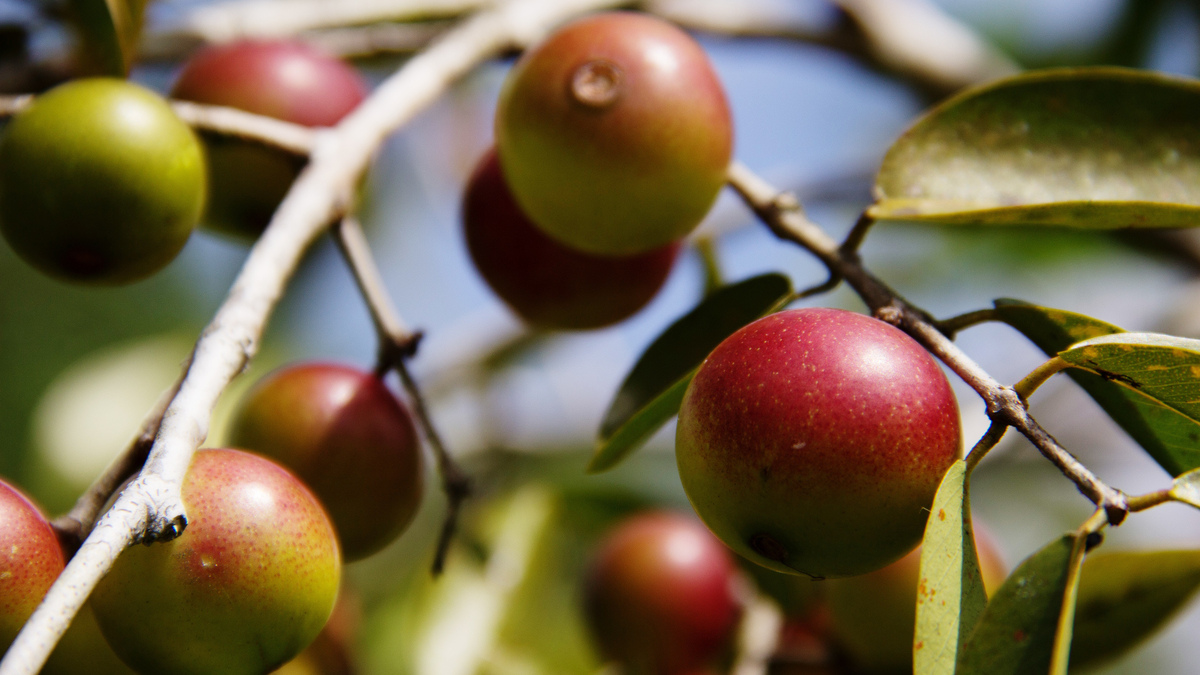 Camu camu berries grow wild on trees alongside flooded rivers in the Amazon rainforest in Brazil and Peru.

Editor's Note: Here at The Salt we get a lot of pitches from companies extolling the virtues of a new "superfood."

Recently, a company called Amazon Origins wrote to us about its supplement made with camu camu berry, "the Amazon's latest superfruit." According to Amazon Origins, World Cup fans were discovering the berry in Brazil and getting hooked. Camu camu, they claimed, would soon dethrone açai — another Amazonian berry that's earned a place in the crowded U.S. health food market.

So we called up NPR's Sao Paulo bureau and asked them to investigate. What's the deal with camu camu? And is it really that popular in Brazil? Paula Moura, an NPR researcher, reports.

I had never tried camu camu when The Salt asked me about it.

Here in Brazil, in fact, hardly anyone has heard of it. But I went to Sao Paulo City Market, the best place to shop for exotic fruits in the city, on a mission to find it.

No luck: Vendors said I'd come at the wrong season, and even in our summer months, it would be hard to find. I'd have better luck in Peru, where some people use it to make juice and jam, or mix it in with ice cream or yogurt.

It seems like consumers outside South America are far more excited about this strange red and purple berry than we are. And that's mostly due to its super-high concentration of vitamin C.

"Every 100 grams of camu camu has up to 6 grams of vitamin C," says Jaime Aguiar, a researcher at the National Institute of Amazonian Research in Manaus, Brazil. That's 100 times more than the amount of vitamin C you'd find in 100 grams of lemon. It's also chock full of antioxidants, which scientists say may help protect cells from the effects of aging.

The U.S., European Union and Japan have become the biggest importers of this Amazonian berry. Consumers in these countries usually take it as a supplement in powder form, since fresh berries are very fragile and difficult to transport. In Peru, the largest producer and exporter of the berry, annual revenue from the camu camu trade has grown from about $664,000 in 2009 to over $1.82 million in 2013, according to government figures.

But camu camu still remains a fringe health food, mainly because people have yet to figure out the best way to mass produce it. For now, camu camu berries grow wild on trees that grow along flooded rivers in Amazon rain forests.

Aguiar and other researchers are trying to figure out the best ways to cultivate these trees and amp up production. And they're making some progress. "The wild tree fruits once a year; we've gotten it to fruit three times a year," Aguiar says. But it may be awhile before supplements or food products made with the berries appear alongside açai in American health food stores.

It's only natural that marketers of camu camu aspire to the international success of açai, another sour Amazonian berry that's typically mixed with sugar and made into a sorbet or juice. The high-antioxidant superfruit really took off in the U.S. a few years ago, and can now be found everywhere from local co-ops to Wal-Mart. Once it became famous outside Brazil, it became popular locally, as well.

Researchers from Embrapa, a Brazilian government-run agricultural research institute, domesticated wild açai palms for large-scale production. They're also among the scientists trying to figure out how to grow more camu camu.

As camu camu becomes more popular abroad, perhaps South Americans will start consuming more of it, too. But so far it's been a hard sell, says Maila Carolina da Silva, at Ceagesp, the largest wholesale food market in Latin America, located in Sao Paulo.

She says Ceagesp used to sell camu camu grown by farmers in Sao Paulo. The health benefits of camu camu were touted on TV programs, and many people tried it. But consumers didn't come back to buy it a second time, she says. "They were not used to the sour flavor." Plus, she says, the fruits are very expensive, and fragile. "I know farmers who are cutting down their camu camu trees," she adds.

Douglas Bello, a farmer, says making camu camu palatable is a challenge for Brazilian chefs. He has over 30 camu camu trees, and he sells the berries to a juice store that blends them together with other fruits.