Accessibility links
From Scratch Or Not? French Restaurant Law Stirs Controversy : The Salt A French law requires restaurants that sell homemade food to display a label on their menu to distinguish them from places that use frozen or vacuum-packed food. But critics say the law is too vague.

From Scratch Or Not? French Restaurant Law Stirs Controversy

From Scratch Or Not? French Restaurant Law Stirs Controversy 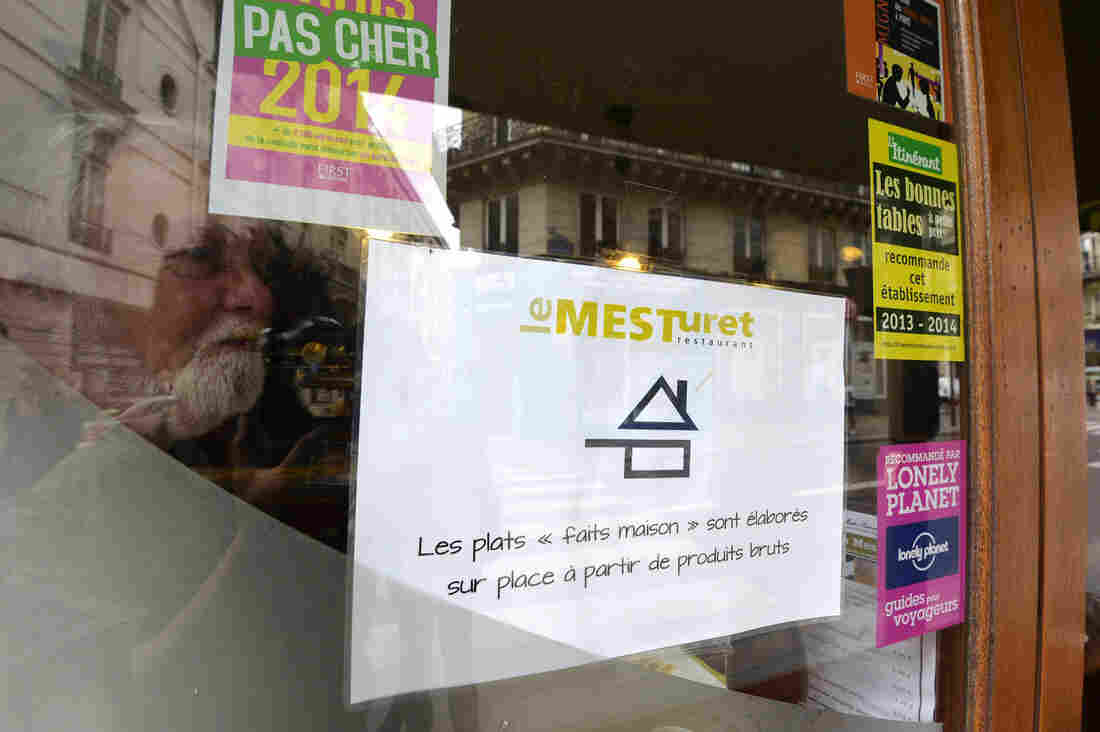 A new logo that is supposed to ensure a Paris restaurant's food is homemade (fait maison in French) is already stirring up controversy. Miguel Medina/AFP/Getty Images hide caption 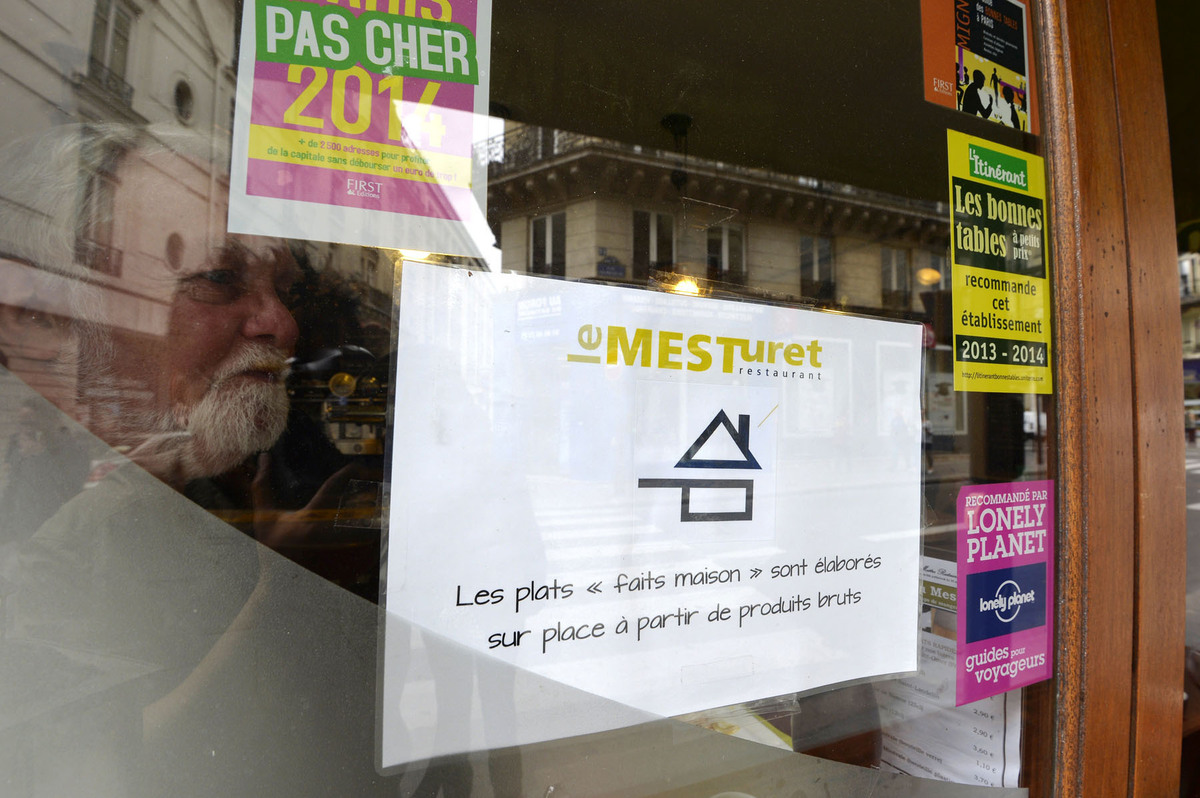 A new logo that is supposed to ensure a Paris restaurant's food is homemade (fait maison in French) is already stirring up controversy.

If you go to France this summer, you might notice a new logo in restaurant windows or on menus. It's a simple graphic of a rooftop covering a saucepan, and it's supposed to designate fait maison, or homemade. It's designed to highlight places that make their own dishes rather than bringing in frozen or sous vide — prepared meals cooked in a water bath, sealed in airtight plastic bags and designed to be heated up later.

I know, you're thinking, French restaurants don't cook their own food? As we reported last July, some 31 percent of restaurants in France use at least some prepared foods, although some restaurant experts suggest the number is much higher.

Regardless, now the establishments that use shortcuts will have to own up to it.

Jean-Paul Arabian is the owner of Le Cameleon, a cozy bistro tucked into a side street in Paris' Montparnasse neighborhood. He's thrilled about the new law.

"Homemade will be the war against restaurants that buy their food already cooked and in plastic bags, ready to heat up and serve to clients at 10 times the price," he says.

It's not hard to understand Arabian's frustration and relief. He makes everything from scratch and everything is seasonal and fresh. And it's not hard to verify. His bustling, stainless steel kitchen is part of the dining room décor. Diners can peer in at preparations as they sink their teeth into succulent, sauced meats and perfectly cooked vegetables.

Starting next January, if you don't see the logo on the menu, the food is not homemade.

But what does that really mean? Just days after the measure was passed, it's already stirring controversy. Many wonder if the fait maison label will really guarantee better eating.

The linchpin of the new rule is that homemade fare must be made only from "raw ingredients," meaning the food product has undergone no significant modification, including being heated, marinated, assembled or a combination of those procedures. But the definition does allow for "smoked, salted, refrigerated, frozen or deep-frozen" produce as well as vacuum-packed food as ingredients for other dishes.

In Le Monde newspaper, one restaurant critic called it a "dud decree" that panders to frozen food lobbies because "any frozen raw product from spinach stalks to shrimp can figure in a dish dubbed 'home-made.' "

Except for potatoes. Frozen fries can never be called homemade.

"That's because French restaurants don't want to be called fast food," says Stanislas Vilgrain, who operates three sous vide food packaging plants in France and the U.S. and is totally against the new measure.

Vilgrain sells high quality meats, sauces and prepared dishes to restaurants on both sides of the Atlantic under the name Cuisine Solutions.

Vilgrain says the new measure is pointless and misleading.

"The important thing in a restaurant is that you get high quality food served in the most efficient way. Why stigmatize someone who is using a sous vide product?"

Vilgrain prepares dishes such as beef bourguignon and coq au vin. He says his meals have fresh, quality ingredients and the new homemade label ignores that.

"We do a short rib from a Michelin three-star chef's recipe. We cook it 72 hours at low temperatures. No restaurateur can do that in his restaurant because he can't tie up his ovens for that long. It's an outstanding product backed by some of the world's best chefs," says Vilgrain. "But under this new law, it wouldn't qualify for homemade."

But, of course, frozen green beans would.