Accessibility links
Glass Or No Glass? That Is The Grill Lid Question : The Salt Would you be a better cook if you could see your food on the grill without lifting the lid? We take a peek under the hood of an innovative glass-top grill that claims to help prevent the dreaded burn.

Glass Or No Glass? That Is The Grill Lid Question

Glass Or No Glass? That Is The Grill Lid Question 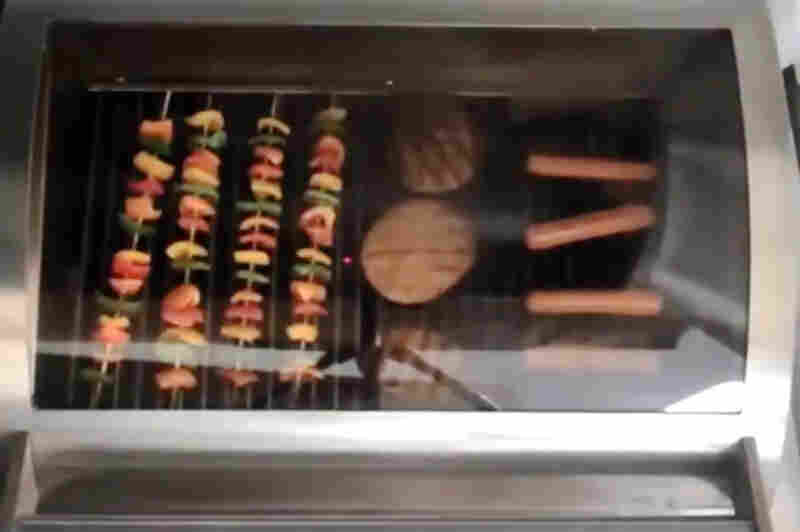 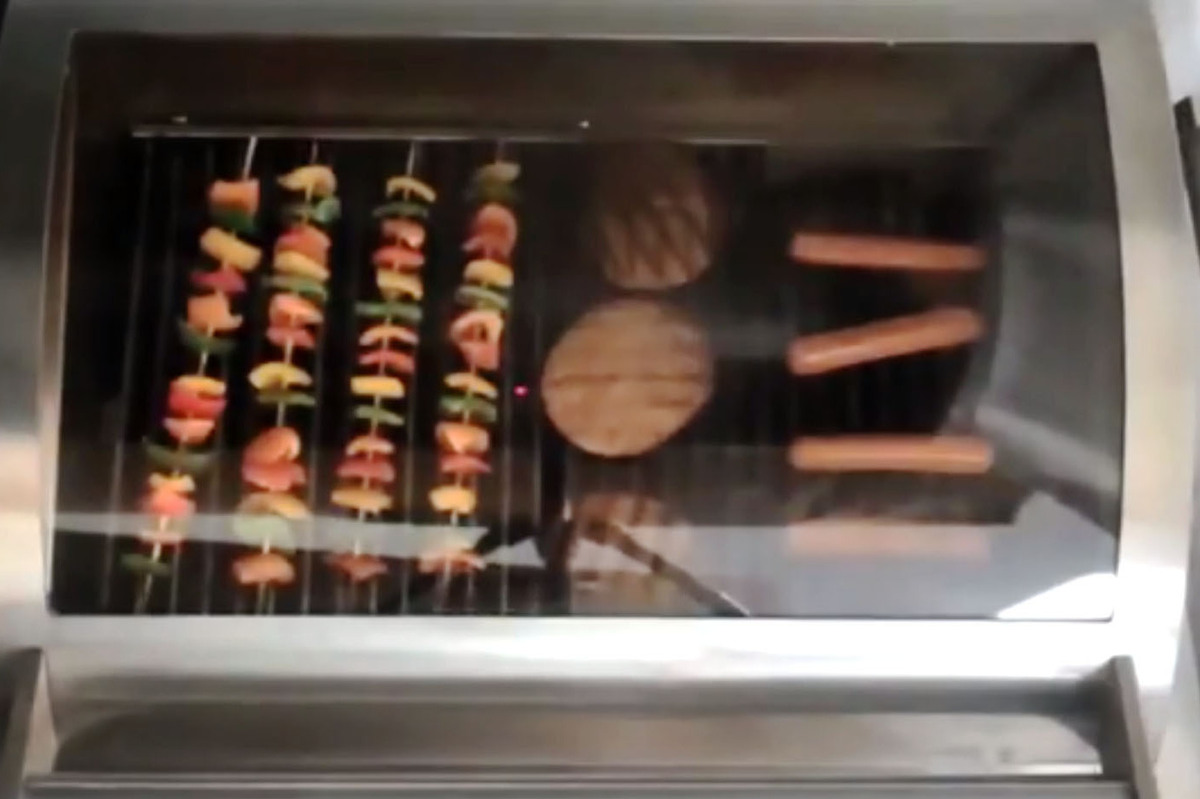 A still from a video showing a glass top grill.

We love cooking on our grills, especially in the summertime. Keeping the house cool and avoiding the dish pile up are two major draws – not to mention the flavor of food cooked over fire.

When we saw a glass-topped grill, shining like Cinderella's slipper in a YouTube video posted by commercial glass maker SCHOTT, we were intrigued. But, we wondered, how the heck do you clean it?

First, let's back up. Glass embedded in gas grill lids is nothing new — small windows allowing you to peek at the food on the grate without opening the lid have been around for more than a decade, says Craig Goldwyn. He writes under the name Meathead on his blog about the science of grilling, www.amazingribs.com.

But the glass windows of yore have not been without problems. Due to the buildup of smoke inside the lid, the glass often turns dark and grimy pretty fast, rendering it useless as a food-spying device. Meathead has been using one of these grills with a glass window. It sits next to 11 other grills on his Chicagoland testing site, also known as his deck.

"The front of that lid is brown, and it went within a week," he tells The Salt.

But Ted Wegert, director of applications engineering at SCHOTT North America, says that doesn't have to be the case. His company's large glass grill windows – still in the prototype stage but showing up at trade shows — are very different, he says, thanks to the material.

The Past Is Where It's At For The Future Of Barbecue

SCHOTT is well known for its high-end, dark glass ceramic cooktop surfaces sold to cooks around the world. The glass grill lids they are developing are similar, but transparent glass-ceramic. Called NEXTREMA, they are designed to withstand rain, snow and fluctuating outdoor temperatures without cracking.

"You can heat it to 1,000 degrees, these glass-ceramics," he says. They also threw it in super cold liquid nitrogen with no problems, either.

As for cleaning, Wegert says, it's easy. He recommends using a razor scraper and using the cleaners especially made for glass-ceramic cooktops if anything sticks. But stay away from standard glass cleaners, which can damage the surface.

An advantage of the glass-lidded gas grill might be that you can see flare-ups before they get out of hand – without lifting the lid and letting all the heat out. Easy to do if, say, like one of our editors last night, you were chatting and drinking wine as your chicken went up in flames.

But Meathead isn't convinced this is a real problem that needs solving. "There shouldn't be flare ups if you're cooking right," he says. Indirect heat for thick pieces of chicken, for example, is best in order to cook them through. Then put them on the hot side to crisp up the skin for the last several minutes of cooking.

And he doesn't think the heat loss from a few lid lifts would be significant for most outdoor cooking. "When you open the lid, yeah, you let a lot of hot air out but you close it, and it gets hot again real fast," he says.

What the grill industry really needs, he says, is a good thermostat. Many gas grills with thermostats are up in the high part of the hood – not helpful for getting an accurate read at grill level, he says.

But, he admits, the SCHOTT glass grill top looks pretty cool. And if your grill is see-through, you could also see your thermometer.