Accessibility links
The Weird, Underappreciated World Of Plastic Packaging : The Salt So much of the food we eat these days is encased in plastic. And behind it is a whole lot of research and innovation. We dive into some of the materials that keep food fresh and portable. 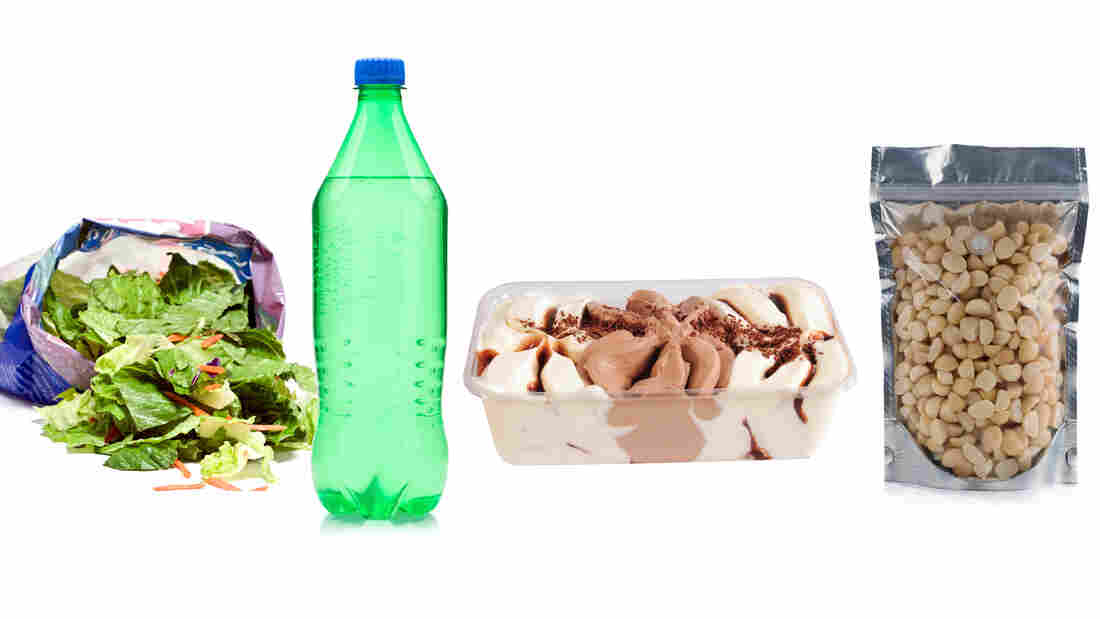 Food companies spend a lot of time and resources coming up with the perfect plastic packaging to keep their products fresh. iStockphoto hide caption 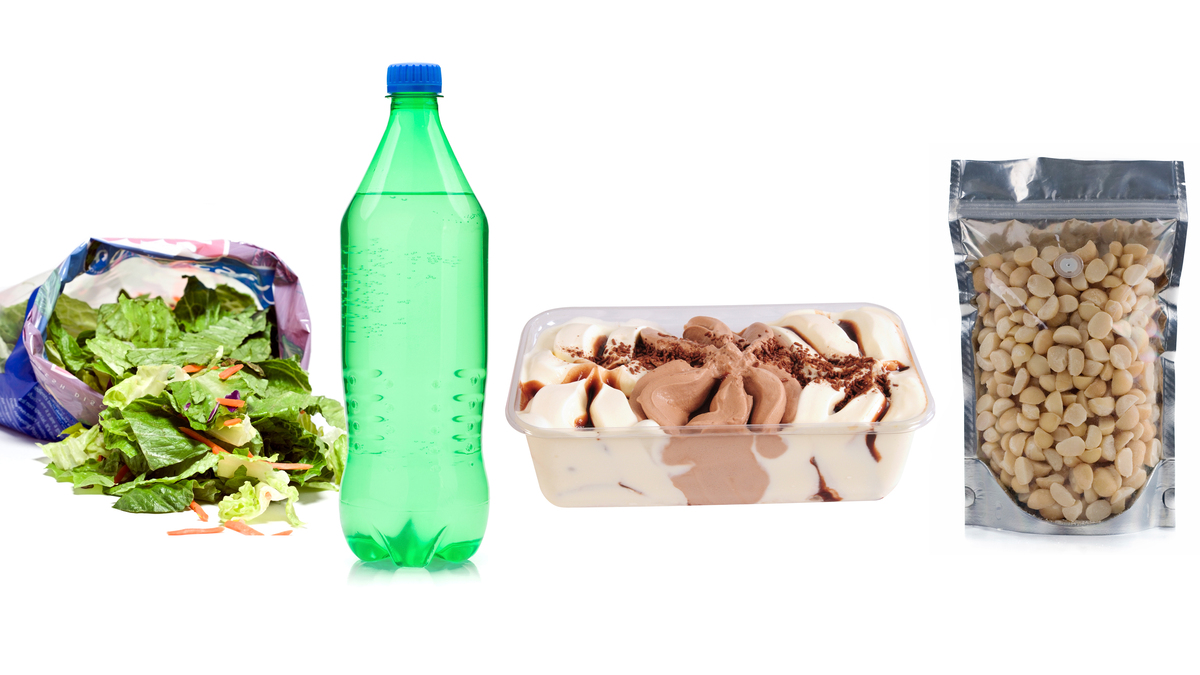 Food companies spend a lot of time and resources coming up with the perfect plastic packaging to keep their products fresh.

Like it or not, plastic packaging has become an ingrained part of the food system.

While it's clearly wasteful to buy salad, sandwiches and chips encased in plastic and then promptly throw that plastic away, we take for granted how it keeps so much of what we eat fresh and portable.

And behind many of those packages that allow us to eat on the go or savor perishable cookies or fish imported from the other side of the globe is a whole lot of science and innovation.

The plastic revolution in food packaging began in the 1960s, says Aaron Brody, a food packaging consultant and an adjunct professor of food science at the University of Georgia. It took off because plastic was lighter than glass, more protective than paper and relatively cheap.

"But there is no such thing as the perfect plastic material," Brody says. So a lot of our packaging is made by combining different types of food-grade plastic.

Take a bag of potato chips. It's mostly made out of a plastic called oriented polypropylene. "It's an excellent moisture barrier," Brody notes. And that's key, "because potato chips first start to deteriorate by absorbing moisture. People don't like soggy chips." To further strengthen the material, many chip bags have a thin aluminum coating on the inside.

A layer of polyethylene (the stuff plastic grocery bags are made of) is sandwiched between this inner layer and the outer layer, which displays the brand and nutrition info.

Before the bags are all sealed up, most companies fill them with nitrogen gas, Brody says. "It keeps the chips from getting crushed," he says. And whereas oxygen would cause the fat in the chips to oxidize and taste funny, nitrogen doesn't cause any chemical reactions that affect the flavor.

Food companies often spend a lot of time coming up with the perfect packaging to best preserve each product they sell, Brody says. So does the military. As we've reported, the Army figured out how to package a sandwich that stays fresh for up to two years.

Like chip bags, bags of ready-to-serve salad are made of polypropylene, and packed with a bunch of nitrogen gas. But unlike chips, salad leaves need to breathe with a little bit of oxygen. That's why salad bags have microperforations, Brody says. "The holes let oxygen come in and carbon dioxide get out."

And often, the inside of these bags has a thin, anti-fog coating, Brody adds. "So there's no condensation, and you can see the beautiful green leaves."

With a lot of packaging, manufacturers have to worry not only about keeping air out, but also locking in the moisture they want to keep in the food. That's a big one when it comes to packaging ice cream, Brody says. A tub of ice cream has to be easy to open and close, but it has to have a tight seal to keep in the water that helps give ice cream its smooth texture.

Inside a freezer, sublimation can sometimes occur — that's when water goes from a solid state directly to a gas. "The water is irreversibly lost," Brody says. "And if you lose moisture, the ice cream becomes sandy, grainy."

That's why paper tubs of ice cream are coated with polyethylene, Brody says. And the fancier tubs are made of thick, sturdy materials.

Of course, even after all the research and development, most plastic packaging won't hold up in extreme environments, says Herbert Stone, a consultant for the food industry and a past president of the Institute of Food Technologists.

"When food companies use a plastic container, they have to be sure that it won't change the way the product tastes," Stone says. Plastic isn't an inert material, he adds, so it can react with other chemicals. And unlike a lot of glass and metal, it can let air through.

Have you ever left a plastic bottle of water in a hot car for too long? It'll probably taste funny. But despite what you might think, that's not because chemicals from the plastic are leeching into the food.

Tiny amounts of air can pass though plastic — and when it's hot, the air starts moving faster, Stone says. Heat also speeds up chemical reactions. And when chemicals inside the bottle react with each other, or with chemicals from the outside environment, your water can start to taste pretty funky, he says.

Leave a bottle of soda in a hot car, and the carbonation can quickly escape out of the container. "So you end up with flat soda," Stone says. "Plastic is very convenient, but it's not perfect."

Beyond its technical limitations, all the plastic packaging we use these days generates a lot of excess trash. In 2012, Americans generated 14 million tons of plastic waste from packaging and containers. Because plastic doesn't biodegrade easily, it sometimes ends up in our oceans where it hurts marine life and may even contaminate seafood.

And though we're able to recycle many types of plastic, all the nifty packaging that uses multiple layers of plastic is hard to recycle, since different plastics are processed separately at recycling centers.

But we are getting better at making effective and environmentally friendly plastics, Stone says. We're even figuring out how to take waste products like whey protein and turn them into plastic.