Accessibility links
Widely Used Insecticides Are Leaching Into Midwest Rivers : The Salt Researchers found that a class of chemicals similar to nicotine and used on corn and soy farms has run off into streams and rivers in the Midwest. There they may be harming aquatic life, like insects. 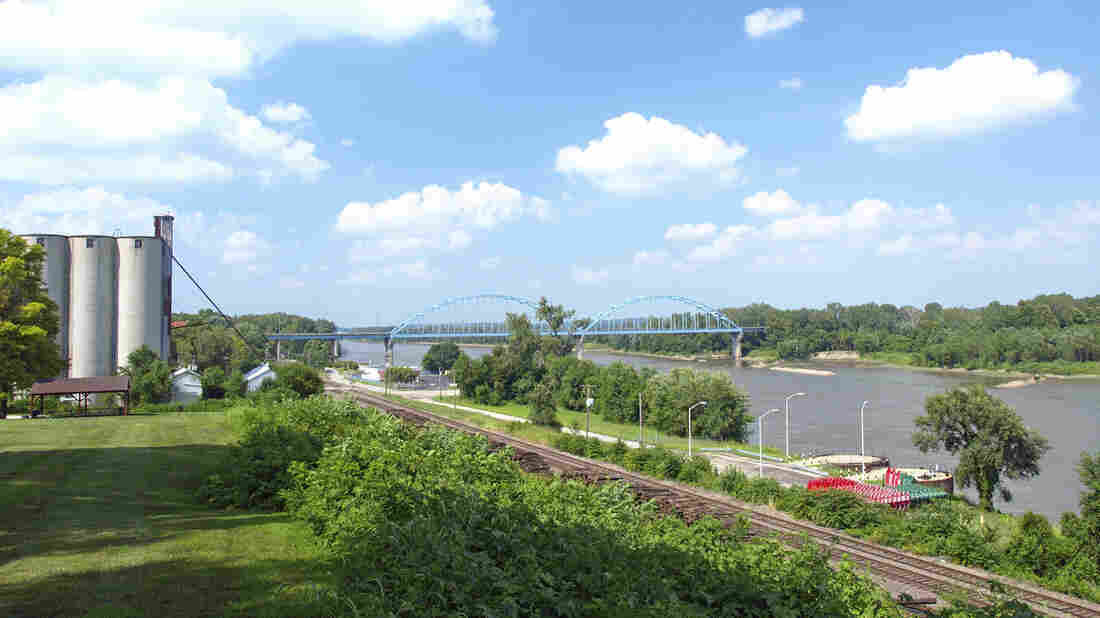 The U.S. Geological Survey found that neonicotinoids are leaching into streams and rivers in the Midwest, including the Missouri River, shown here in Leavenworth, Kan. Dean Bergmann/iStockphoto hide caption 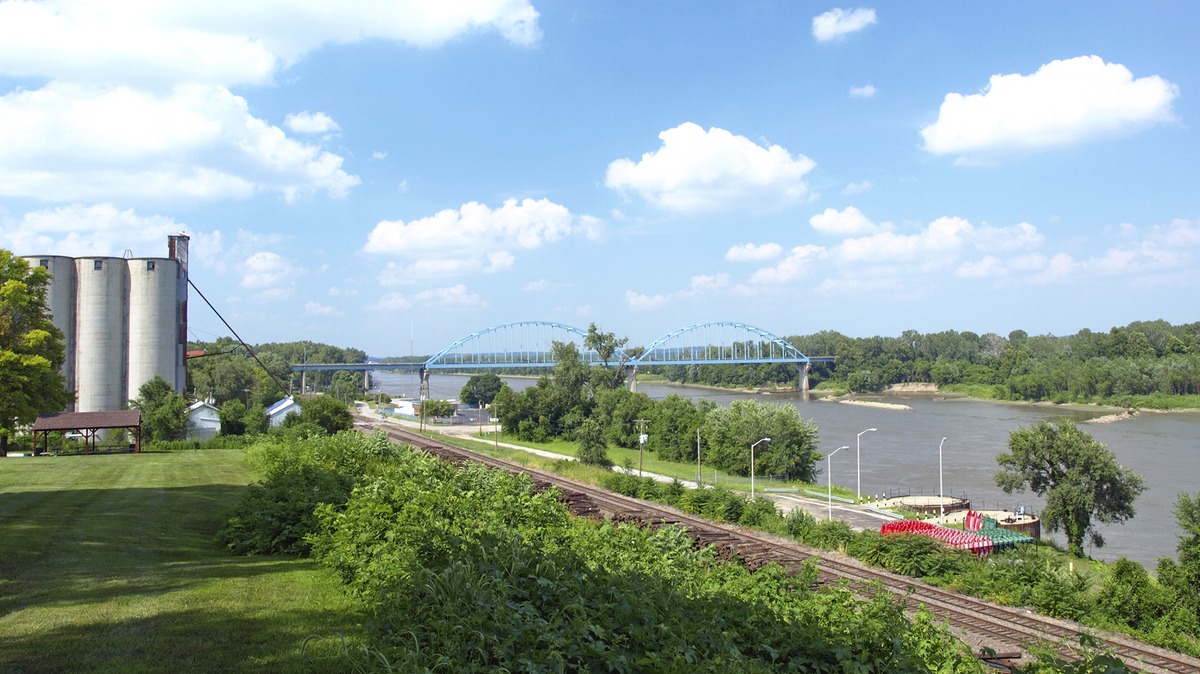 The U.S. Geological Survey found that neonicotinoids are leaching into streams and rivers in the Midwest, including the Missouri River, shown here in Leavenworth, Kan.

A class of insecticides called neonicotinoids, which are used on a lot of big corn and soybean fields, has been getting a pretty bad rap lately.

Researchers have implicated these chemicals, which are similar to nicotine, as a contributor to the alarming decline of bee colonies. That led the European Union to place a moratorium on their use, and environmentalists want the U.S. to do the same.

In a study published July 24, researchers at the U.S. Geological Survey found that these chemicals are also leaching into streams and rivers in the Midwest — including the Missouri and Mississippi rivers. And that may be bad news for aquatic life in the region, the scientists say.

"We did the study because the use of the neonicotinoids has been increasing dramatically, especially in the Midwest," says Kathryn Kuivila, an environmental organic chemist with the USGS.

And since these chemicals are highly water soluble, it made sense to investigate whether they were present in the region's streams and rivers, Kuivila tells The Salt.

These pesticides aren't sprayed on. Instead, they're used to coat the seeds of many agricultural crops. But they still end up in the soil and then in the water that runs off farms.

Runoff transports the chemicals from the field to streams and rivers, and since they don't break down easily in the environment, they can stick around in these bodies of water for long periods of time, the USGS study notes. And while they're not especially toxic to humans, they can harm a wide variety of insects. At certain concentrations, they can hurt other animals as well.

The USGS found three chemicals in particular to be especially prevalent throughout the region: clothianidin, thiamethoxam and imidacloprid. Clothianidin was found in three quarters of the 79 water samples that the researchers gathered in 2013 at nine different stream sites. The highest concentration they found was over 250 nanograms per liter. That's 250 parts per trillion; it doesn't sound like a whole lot, but Kuivila says it may be enough to affect wildlife.

Mike Leggett, a director of environmental policy at CropLife America, the trade group representing biotechnology companies including Bayer CropScience and Syngenta — both big manufacturers of these pesticides — released a statement pointing out that the concentrations USGS found were far below the Environmental Protection Agency's benchmarks.

"The highest levels detected were at least 40 times lower than benchmarks established by EPA to be protective of aquatic life, and most detections were up to 1,000 times below that level," he writes.

Indeed, by the EPA's benchmark, clothianidin is toxic to invertebrates who are chronically exposed to the chemical only at levels higher than 1,100 nanograms per liter.

But recent research suggests that lower levels of these chemicals could also be toxic to aquatic life — including aquatic insects. And a study published in Nature found a correlation between these insecticides and declining bird populations, perhaps because the chemicals are killing off insects that the birds eat, or because the birds are eating insecticide-coated seeds.

Researchers are also unsure of how exposure to multiple neonicotinoids may affect organisms, Kuivila notes. And they don't know to what extent a combination of these insecticides and other pesticides is hurting wildlife, she says.

And while a tiny amount of these chemicals may not kill certain animals, it can still harm them, says Christian Krupke, an entomologist at Purdue University who wasn't involved in the study. "An insect doesn't have to be dead to not be functioning," he says.

Neonicotinoids affect insects' nervous systems. An insect exposed to a small amount of one of these chemicals may get disoriented, and may not be able to find food or defend itself from predators.

"There's a lot we don't know," he says, despite the fact that neonicotinoids came out in the 1980s and '90s. "Something as basic as how much is in the water has just been found out now."