Accessibility links
Craft Brewers Tweak N.C. Water To Match Western Mountain Flavor : The Salt Several craft beer makers from the western U.S. are setting up operations in the East. But producing there means they must tinker with local water so the beer tastes the same wherever it's brewed. 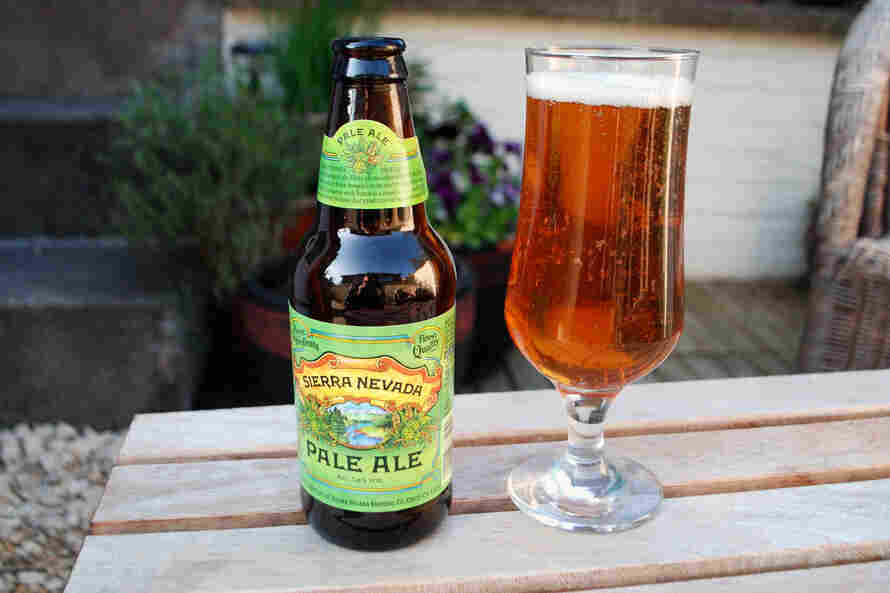 Before opening a plant in North Carolina in early 2014, Sierra Nevada took water samples from all over the region and analyzed them. It realized it needed to add salt and prepare for fermentation. Steve R/Flickr hide caption 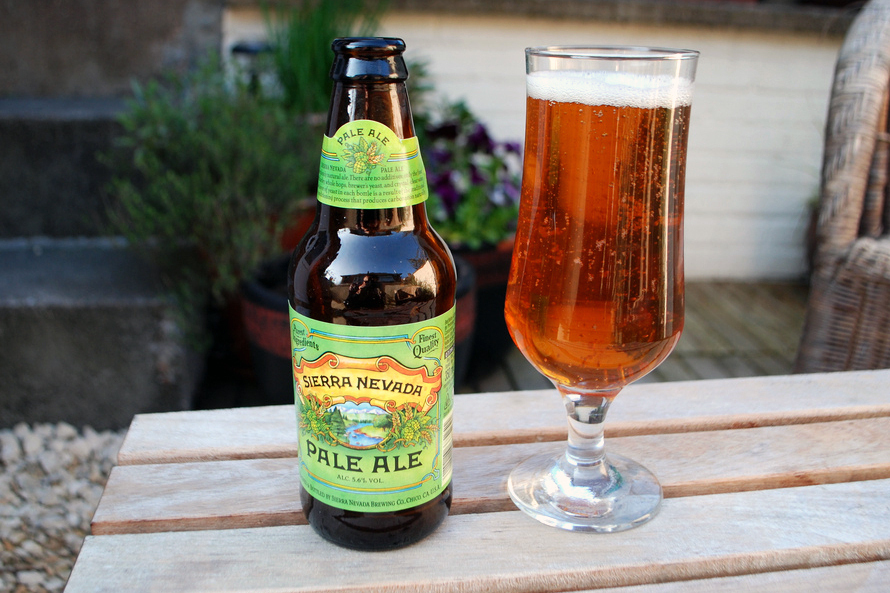 Before opening a plant in North Carolina in early 2014, Sierra Nevada took water samples from all over the region and analyzed them. It realized it needed to add salt and prepare for fermentation.

Craft beer sales have been growing by double digits, even as overall beer sales have flattened. And several independent craft beer makers — all based in the Western U.S. — are expanding production to the East. But to keep the flavor true, they have to tinker with beer's main ingredient: water.

Every day, a half-dozen employees of Oskar Blues Brewery file into a small room in Brevard, N.C. It's cluttered with boxes, petri dishes and test tubes.

This isn't quite a chemistry classroom. There are beer cans and pint glasses. It's a tasting area, where a sensory panel meets daily to try the beer. David Morris is scribbling notes about what he and his colleagues taste.

The staff also does blind tests, comparing its North Carolina-made beer with samples from Colorado, where the company started.

"When we first started brewing here, yeah, there was a remarkable difference, but now in a given tasting panel it's really hard to pick out the two," says Eric Baumann, director of fermentation and quality control.

That's because in the two years since bottling in the East began, the brewery has been manipulating the water. The water used in Colorado comes from mountain runoff, collected out of ponds. In North Carolina, the brewery uses local municipal water.

"It's very similar; however, typically, when you're looking at water, it's also how the city is treating the water. And what we found here is there's quite a bit more chlorine. And so we've had to put in a charcoal filtration to remove the chlorine," Baumann says. 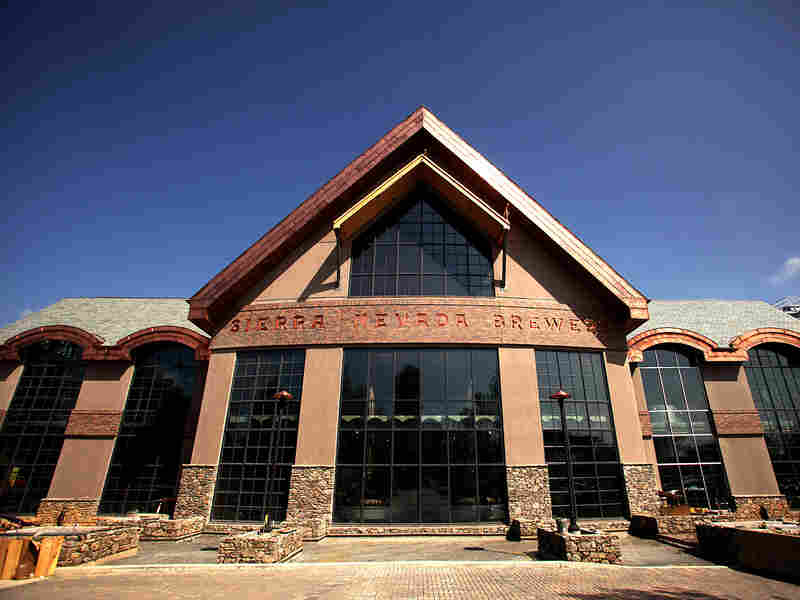 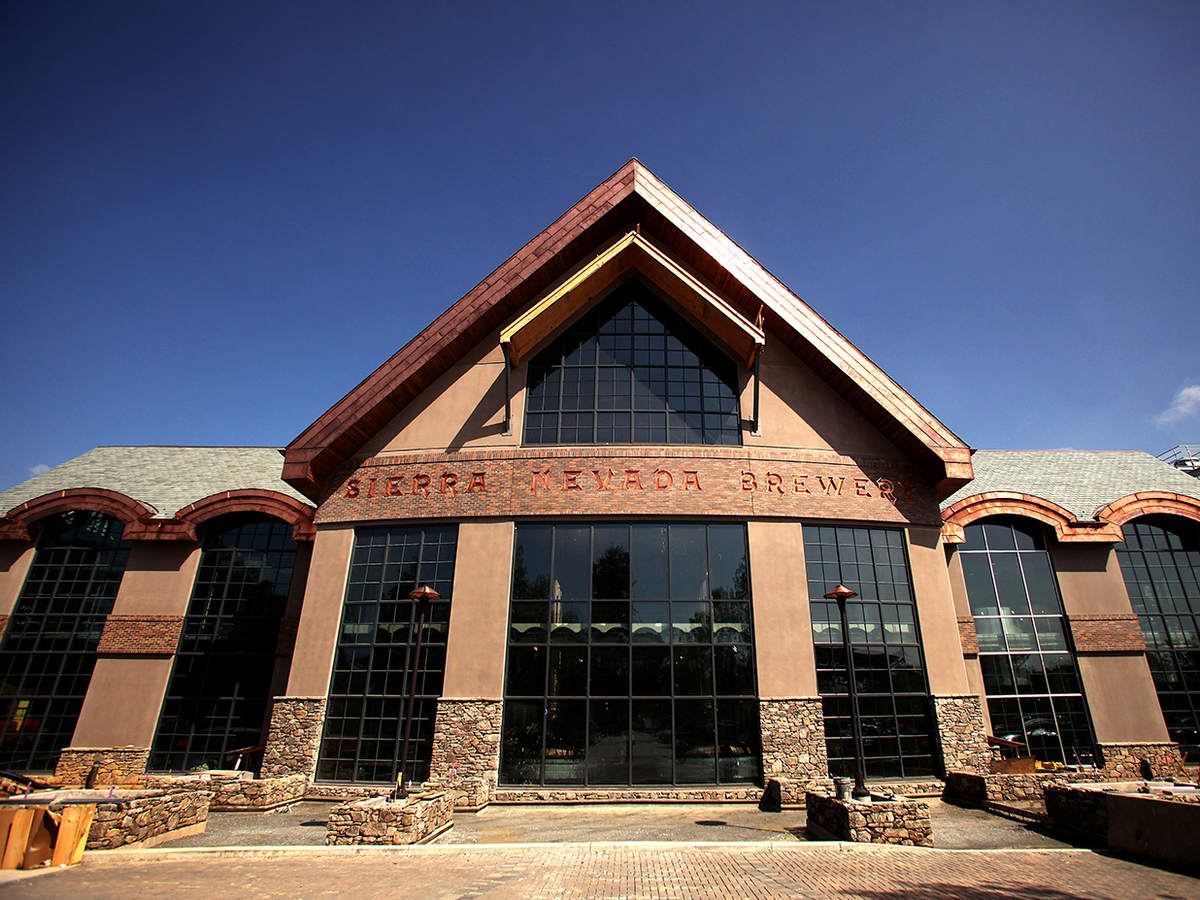 Oskar Blues now produces almost half of its beer in North Carolina. That means easier and cheaper shipping to East Coast cities, and fresher beer in new markets. This area around Asheville, N.C., is quickly becoming a sort of Napa Valley of beer.

Also expanding east is Sierra Nevada, the nation's second-largest craft brewery. It has outgrown its original plant in California. Brian Grossman runs Sierra Nevada's new facility in North Carolina and is also working with the water. As The Salt has reported, it's critical to match the flavor profile customers want.

"You know, that's what defines a great brewer — consistency. There's plenty of people out there that make these wonderful beers, but can they make it every single time?" he says.

Before opening the plant earlier this year, Sierra Nevada took water samples from all over the region and analyzed them. It realized it needed to essentially add salt and prepare for fermentation.

Overall, the changes are subtle, and customers may never recognize them.

"I don't think it's so much about whether people can tell that the water has been treated so much as the brewers themselves knowing they're putting out a reliable and consistent product," says Andrew Fisher, who works at a nearby beer store and conducts weekly tastings.

Fisher suggests another motivation for all the attention to water: "It's a part of brewing at this point of the game because it's become such a competitive and huge enterprise."

Craft beer is only about 8 percent of the American beer market, but that's double its share compared with 15 years ago. And growth is continuing with the nation's third-largest craft brewer. New Belgium has outgrown its original facility in Fort Collins, Colo. It's building a new plant in North Carolina as well. And it'll be doing what it can to make the local water replicate Rocky Mountain runoff.