Accessibility links
Unlocking France's Secrets To Safer Raw Milk Cheese : The Salt A British cheesemonger wants to translate a French guide to raw milk microbiology into English. She says it has the potential to revolutionize our approach to cheese flavor and safety. 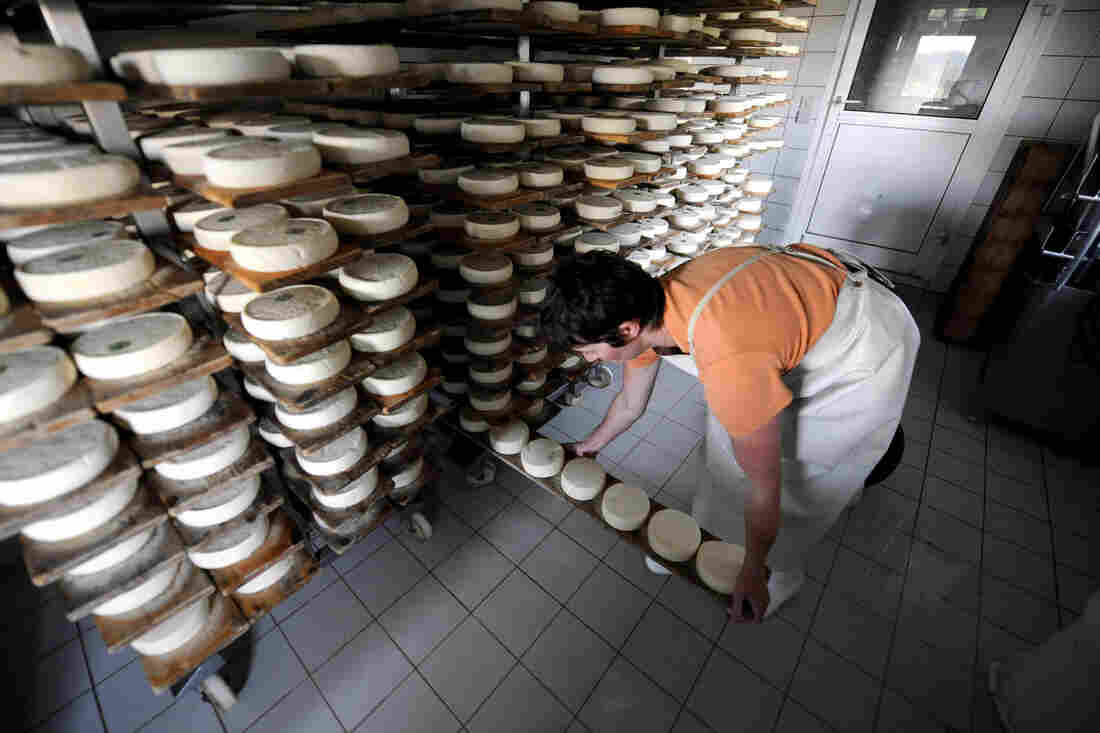 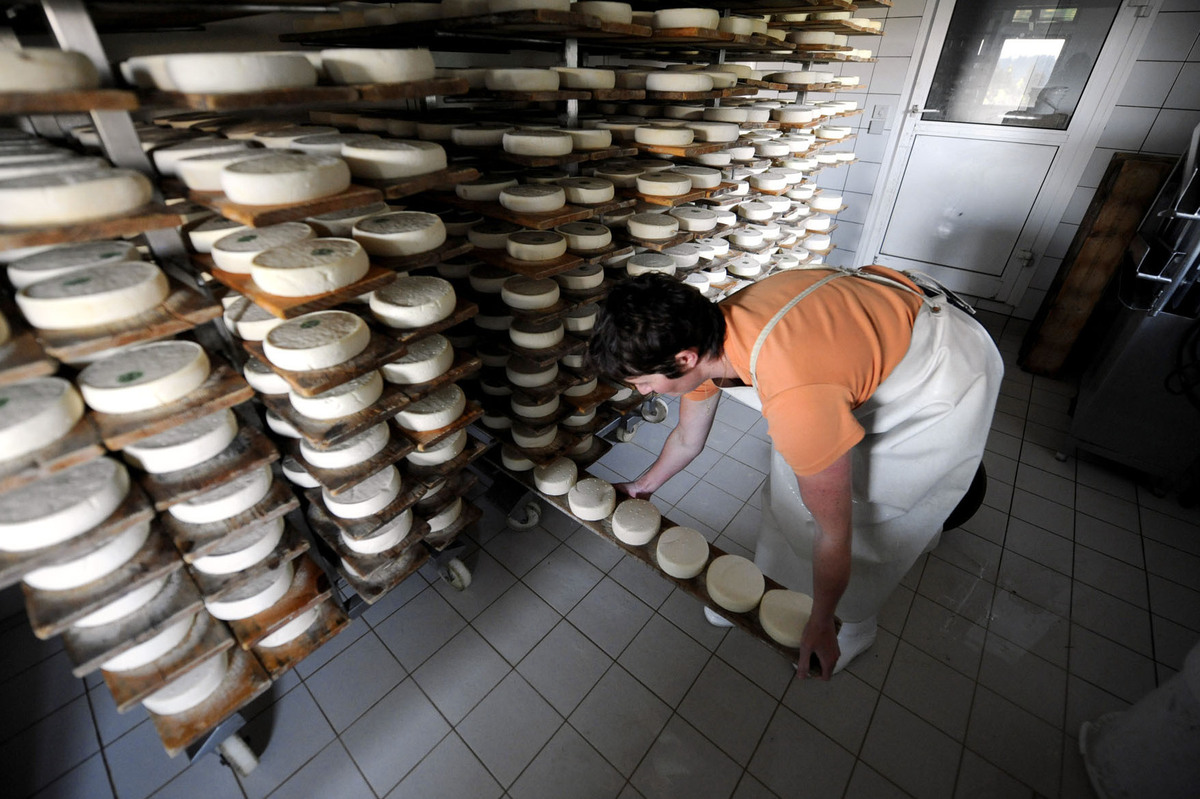 A French cheesemaker sets up wheels of Reblochon, a semi-soft cheese made from raw cow's milk, for maturing in a farm in the French Alps. Anglophone cheesemakers say translating a French government cheese manual will help them make safer raw milk cheese.

In the English-speaking world, our approach to making cheese for most of the last 60 years has been like a Texas gunslinger's: kill bacteria, ask questions later. If it's not pasteurized, it's dangerous, the thinking goes.

But in France, raw milk cheese is a very big deal, long considered safe and revered for its flavor. The country cultivates its 350-plus cheeses — many of which are made with raw milk — like children, claiming that the bacteria in the raw milk impart unique characteristics – grassy, metallic, buttery and so on.

In recent years, America, England and Australia have discovered the pleasures of making their own farmhouse cheeses with raw milk, but it seems the French still have some secrets.

In fact, French scientists seem to have figured out the Holy Grail of raw milk cheese: how to make it safer. And a lot of how they do it comes down to how to use good bacteria to battle the bad ones.

Learning those French secrets could help cheesemakers in the Anglophone world make safer and more delicious cheese, says Bronwen Percival, a cheese buyer with Neal's Yard Dairy in London. So she's spearheading a Kickstarter effort to raise about $20,000 to translate a technical French government manual on cheese microbiology into English.

"Over the past five to ten years, we've been more interested in what makes cheese tick," says Percival. Like how it grows, how it changes — the technical stuff. But understanding cheese microbiology is "not the kind of thing you can just look up on the Internet," she says.

Understanding cheese microbiology is important because "every organism could potentially have different contributions to the flavor," says Rachel Dutton, who studies the microbial ecosystems of cheese at Harvard. She recently published a paper in the journal Cell that traces 24 widely distributed and reproducible types of bacteria and fungi on 137 cheeses made in 10 countries by traditional methods.

"We're just starting to get a better picture of how much diversity there is," she says. And translating the French manual would help spread the word.

Understanding the microbial communities of raw milk is only the beginning. Percival and others in the tight-knit Anglophone artisan cheese community want to learn to harness the good microbes to block the bad microbes, like listeria and E. coli, that make people sick.

"Instead of having a war of annihilation on microbes, we should be working with them," Percival says.

She first heard of the concept at an artisan cheese conference in England two years ago. A French scientist brought over the book and discussed how protecting the biodiversity of raw milk microbes could actually make the cheese safer. "Her presentation was pretty electrifying," Percival says.

Of course cultivating bacteria in raw milk goes against all that British and American governments have been pushing on the dairy safety front for years. Pasteurization (ironically developed by a French scientist) kills bad bacteria, but it also kills off some of the good bacteria that account for flavor. To encourage safety, the U.S. Food and Drug Administration requires all cheese sold into interstate commerce to be made from pasteurized milk or to be aged for 60 days if made from raw milk.

But following a regulatory flap over bacteria growing on the wooden boards cheese has traditionally aged on, Dutton, Percival and others say there's a renewed U.S. government interest in opening a dialogue about how microbial colonies in cheese function. "I felt like it was a positive shift in the discussion," Dutton says.

The bottom line for cheesemakers is that the information in the French manual will add to that discussion. "The cheese community is like, OK, we want access to the best practices ... and it really just hasn't been available," Dutton says. We want the translation "so we don't have to reinvent the wheel."