Accessibility links
Edible Flowers Find A Sweet Companion In Chocolate : The Salt Chefs and gardeners have long used edible blossoms as a garnish for salads and entrees. Now, food entrepreneurs are giving them a big role in mixed drinks and chocolate. 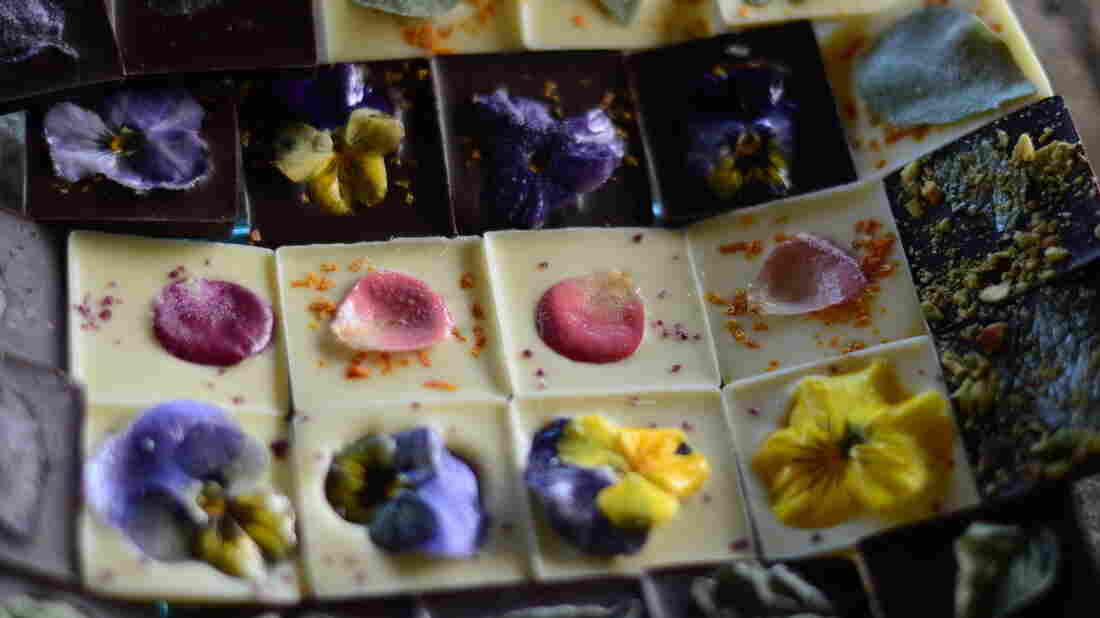 John Clemons takes flowers out of their natural context with his newest venture, Coco Savvy, which combines them with chocolate. Courtesy of Coco Savvy hide caption 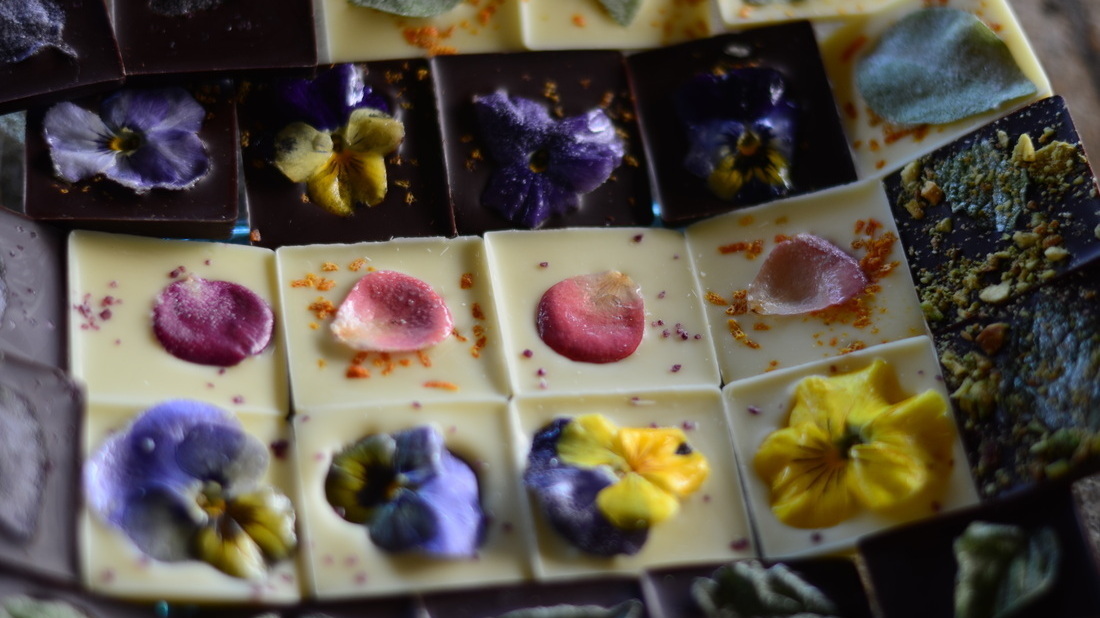 John Clemons takes flowers out of their natural context with his newest venture, Coco Savvy, which combines them with chocolate.

People have been nibbling on flowers for quite some time; they have historically been considered cleansing for the body, and for centuries they were candied, pickled or made into syrup.

But now, edible flowers are being introduced to new markets — and it's a sweet concept. John Clemons, a long-time edible flower purveyor, recently launched a venture called Coco Savvy, which combines crystallized, glazed herbs and flowers and chocolate.

Among his chocolates is a 72 percent dark chocolate bar with viola flower and Valencia orange zest, and white chocolate with rose petal and Merlot-infused sea salt and orange zest. 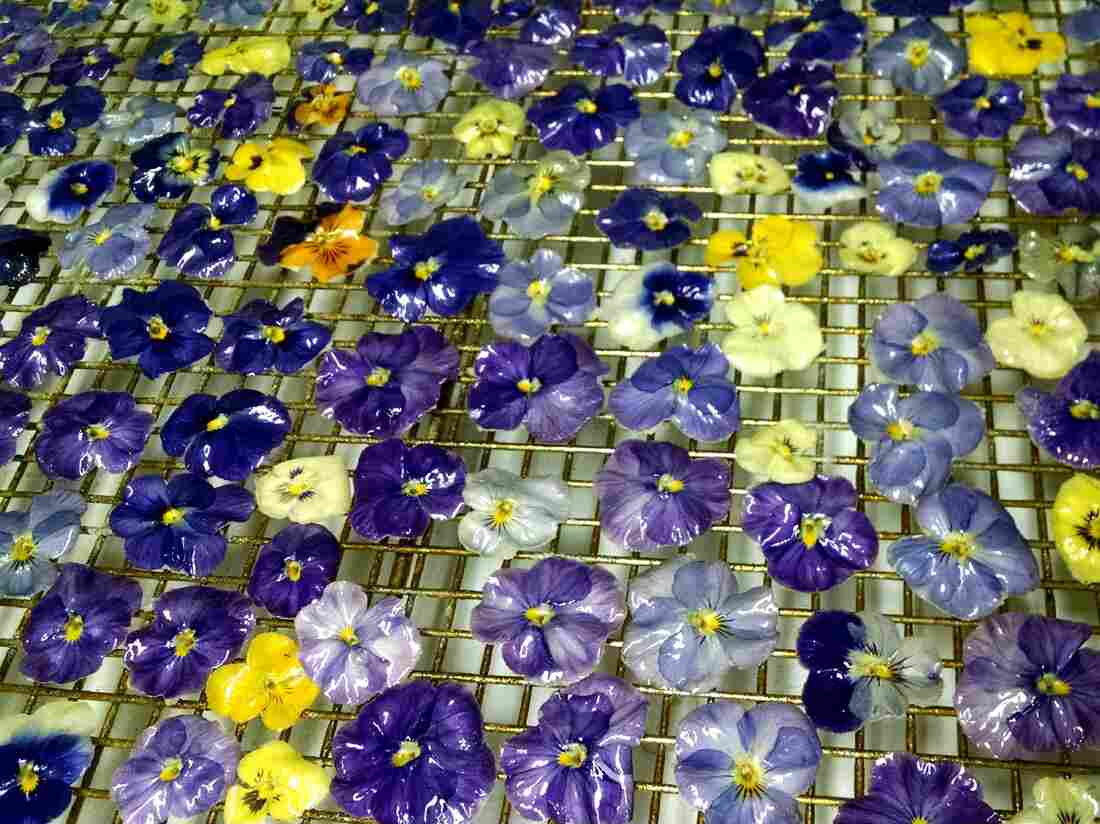 Violas grown on John Clemons' farm are crystallized and glazed. Clemons patented the process to keep the flowers from spoiling. Courtesy of Coco Savvy hide caption 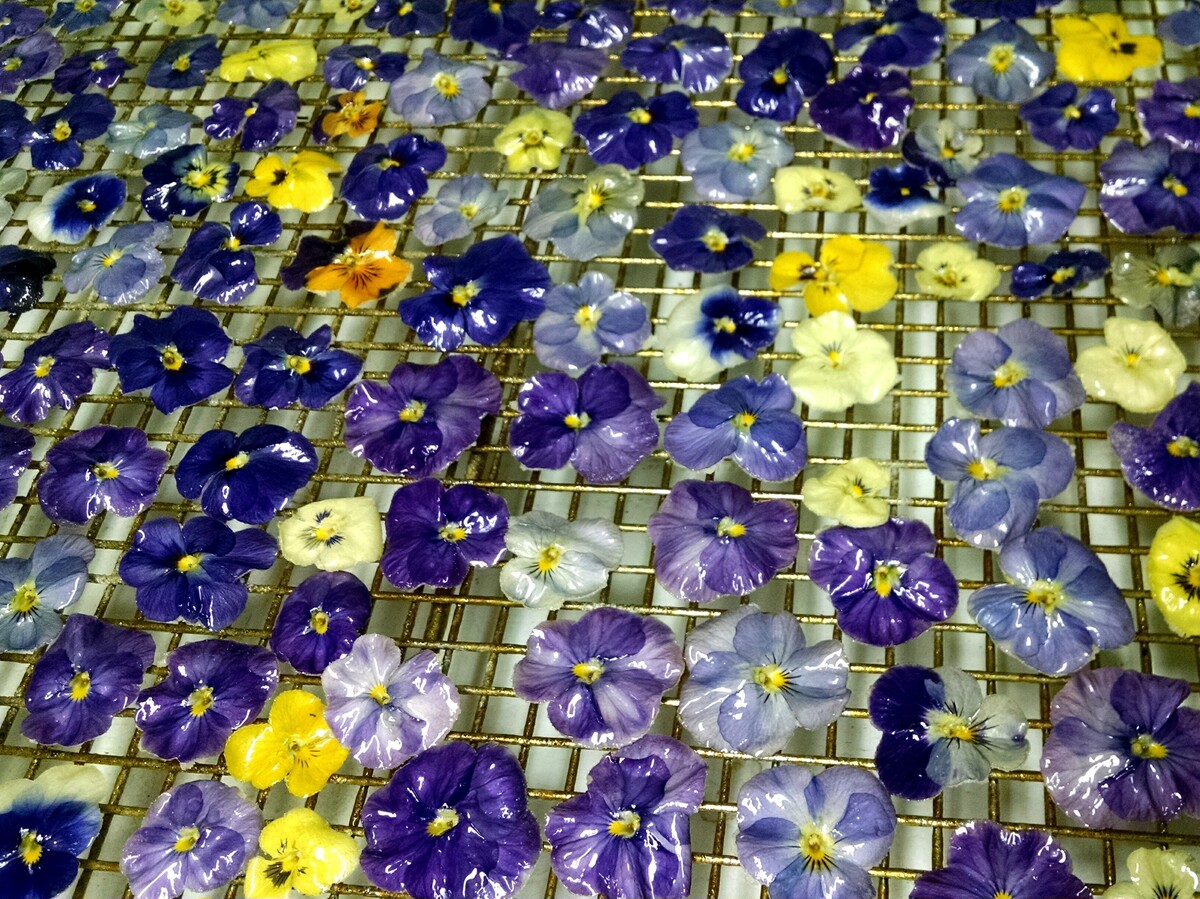 Violas grown on John Clemons' farm are crystallized and glazed. Clemons patented the process to keep the flowers from spoiling.

Growing blossoms to nosh on was originally a hobby for Clemons in the 1980s. Clemons and his brother started growing and selling herbs — basics like basil and oregano — on land their parents bought in 1945 in Jamul, Calif., a small community near San Diego.

Clemons expanded his garden of herbs to fresh and edible flowers, and in 1995, he turned it into a business called Sweetfields, where he crystallizes and glazes flowers and herbs to create "candied edible flowers that truly are shelf-stable culinary works of art," according to the website.

Clemons patented his method of preserving the flowers in sugar in 2011. His glaze solution contains confectioners' sugar, which seals out humidity in the air. Clemons says it's similar to the process used on many hard candies; it keeps them from getting sticky.

Clemons' most popular seller is pansies. He says they have been 70 percent of his sales over the past 20 years.

He also sells a lot of roses and nasturtiums, which have a peppery, radish flavor. And there's the classic garden marigold, which taste similar to arugula, says Clemons.

Seed companies are also seeing more demand for edible flowers. Sales of edible flowers at Johnny's Selected Seeds have increased by about 25 percent over the last few years, Hillary Alger, a flower product manager, tells The Salt in an email. Nasturtiums are the "long-standing star" seller because of how easy they are to grow, and how many blossoms they reap, she says.

Alger thinks that interest in edible flowers ties into "all this new energy around" food, and going organic, sustainable and local. 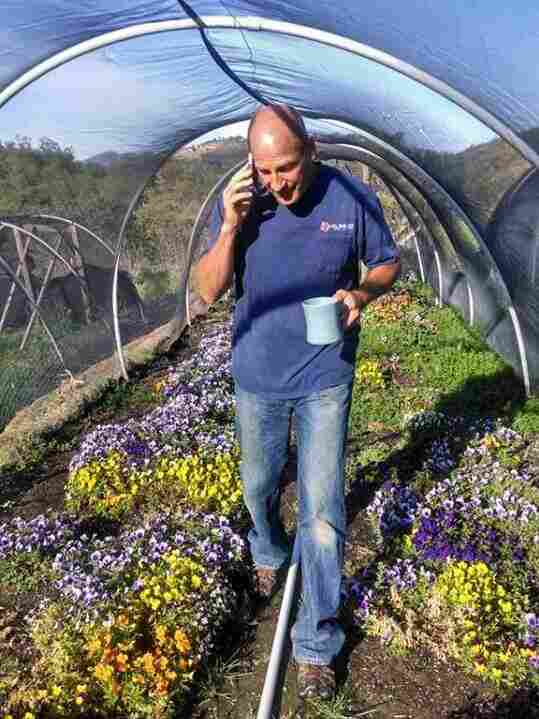 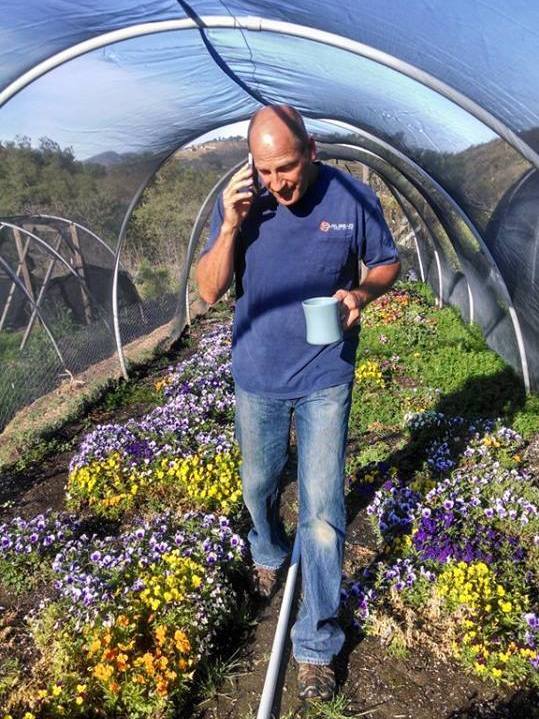 "There is an increased ... interest in food being a full experience: from knowing the farmer who produced your food, to preparing a meal that is as healthy as it is beautiful," she says.

When it comes to beauty, "people are increasingly interested [and] conscious of the whole experience, including appearance. Edible flowers are a unique part as a composition," she says.

Clemons agrees. He says a chef's use of flowers to garnish a salad, entrée or wedding cake has been around for a long time, but "brand new market sectors are emerging." That includes restaurants like Bouchon in Las Vegas that are making signature cocktails with flowers floating in drinks.

"Flowers are very pretty, and we're taking them out of context," he says.

Anyone can purchase his petals, flowers, herbs and chocolates online. He also works with festivals, local wineries and wine stores.

"Flowers bring joy, they really do. They just brighten people up," says Clemons. "I see that all the time; day after day, year after year – and I don't think it'll ever change. Maybe it's built into our DNA."

And if you can't buy any of Clemons candied flowers, there are plenty you can forage in the backyard. Among the most delicious edible wildflowers? Try dandelions, clover or Alpine strawberry blossoms, says Alger.

Allie Caren is a digital news intern at NPR, where she writes about tech-related news and innovations. Follow Allie on Twitter at @alLISTENc.