Accessibility links
Fighting (Tasty) Invasive Fish With Forks And Knives : The Salt Invasive fish like snakeheads and Asian carp are threatening to wipe out aquatic ecosystems across the U.S. So chefs and environmental agencies are encouraging their communities to eat them up. 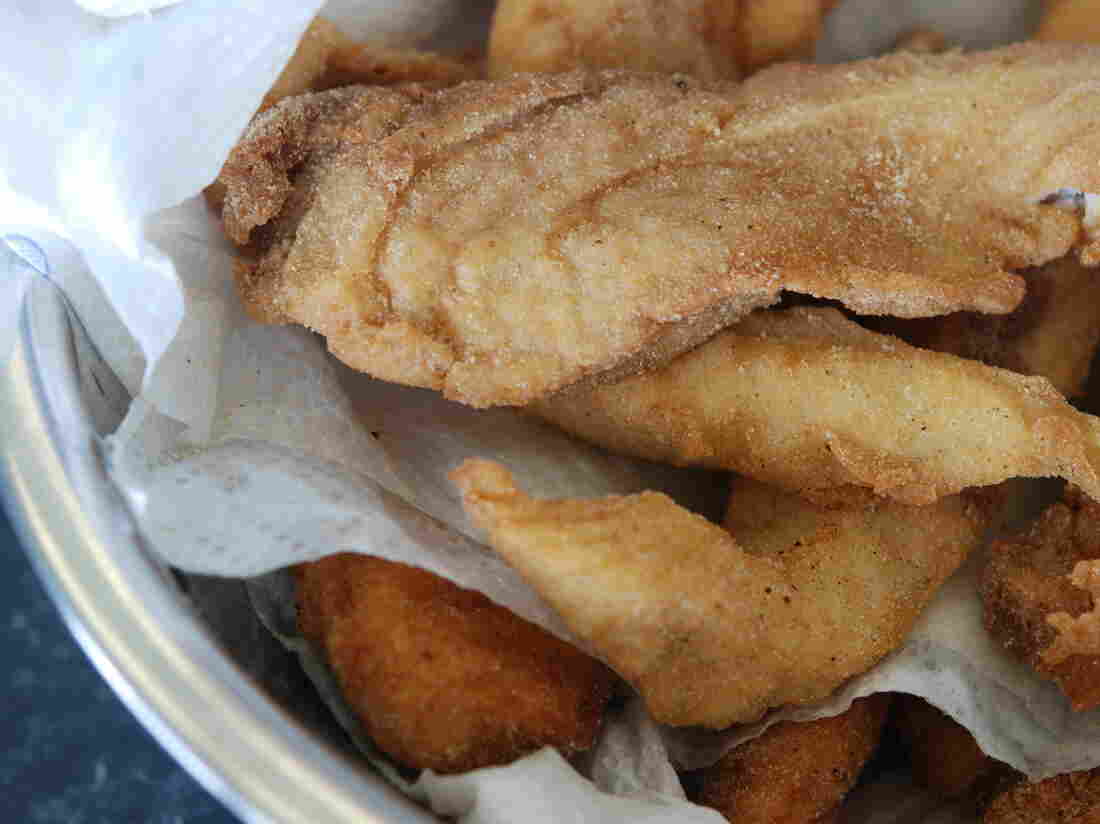 Asian carp, battered and fried. As the fish makes its unwelcome way up the Mississippi River, chefs are trying to get people to eat to beat it back. Louisiana Sea Grant/Flickr hide caption 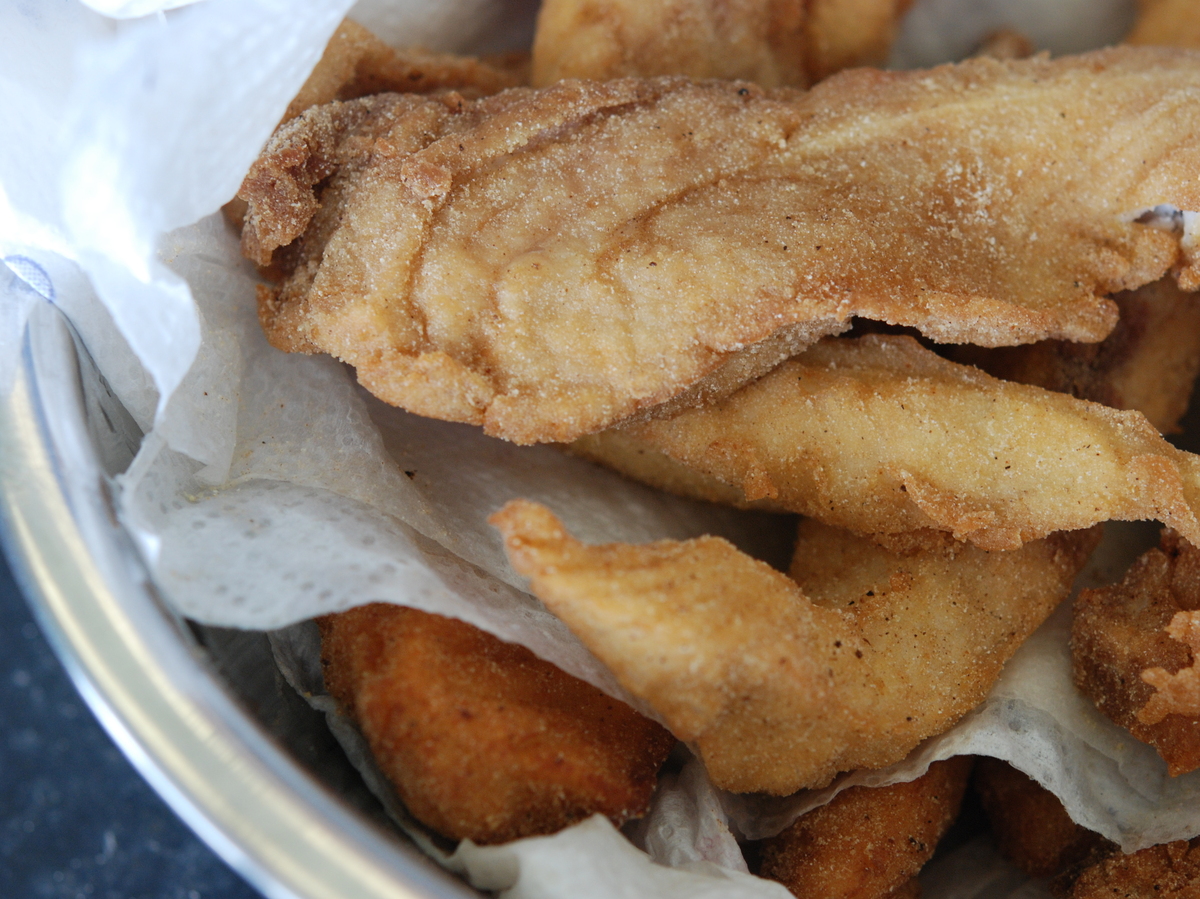 Asian carp, battered and fried. As the fish makes its unwelcome way up the Mississippi River, chefs are trying to get people to eat to beat it back.

Add kitchen knives to the list of weapons that humans are using to fight invasive species. I'm talking about fish who've made their way into nonnative waters.

How do they get here? Sometimes they catch a ride in the ballast water of ships. Or they're imported as live food or dumped out of aquariums. Once here, they can wipe out native fish, trash the ecosystem and wreck the beach business.

Take the northern snakehead, which has made its way into tributaries of the Chesapeake Bay. It competes with native species for food, and then eats the native species, not to mention the odd frog or bird, with its mouthful of sharp teeth.

It's been called "Fishzilla." It breeds fast, has no natural predators and can grow to be 4 feet long. The northern snakehead hangs out in grassy shallows, making it hard to catch.

But a couple of years ago, Maryland started promoting the snakehead as an eating fish. Its harvest has increased from zero to 5,000 pounds a year.

Blue catfish is another alien invader. In its native Mississippi River basin, the blue catfish is a healthy part of the ecosystem. But it was planted in Northeastern waters as a sport fish, and now it's become a ferocious predator. 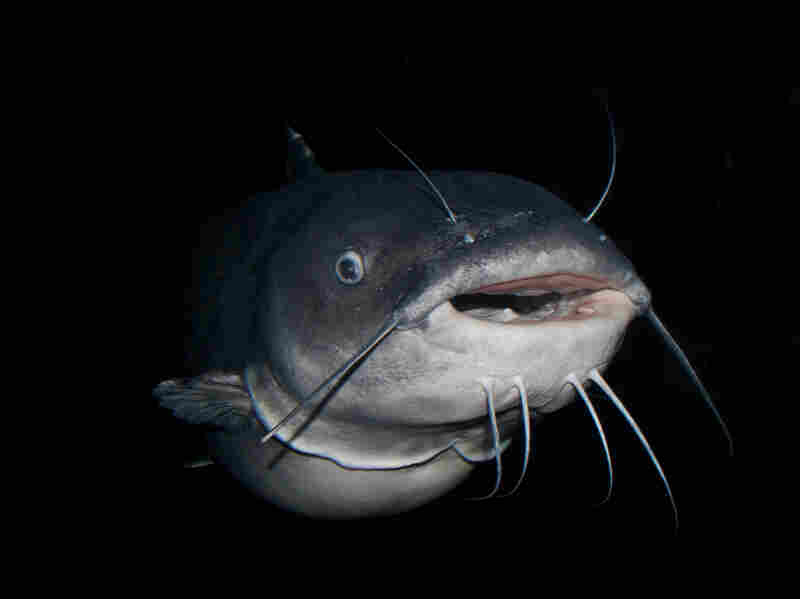 Blue catfish are native to the Mississippi River. But they're considered a ferocious predator in Northeastern waters. Alan Wolf/Flickr hide caption 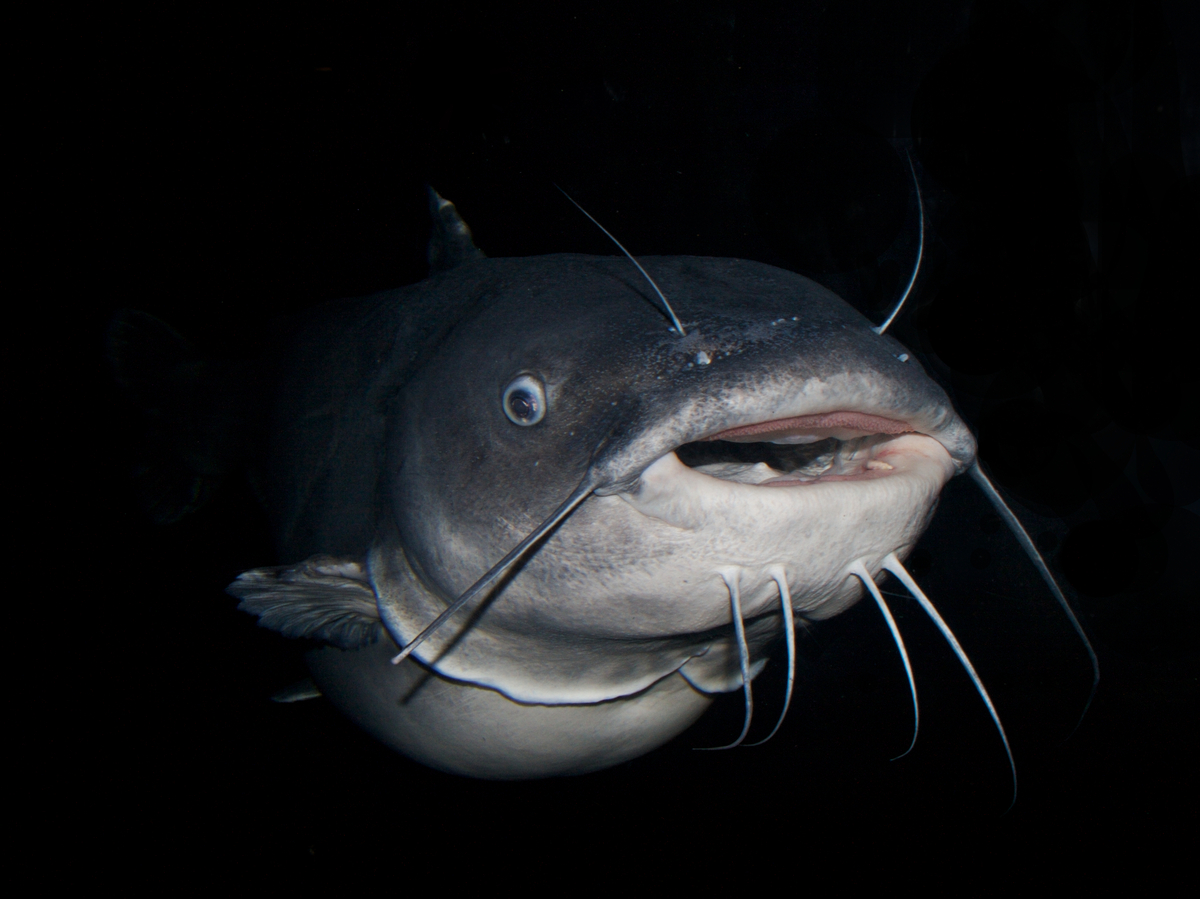 Blue catfish are native to the Mississippi River. But they're considered a ferocious predator in Northeastern waters.

Blue catfish can live for as long as 20 years and grow to be as big as 100 pounds. So now, the Maryland Department of Natural Resources has started promoting this fish as good eating, too. It's not a bottom feeder like other catfish, so it has a clean flavor, excellent for fish and chips.

Hurricane Andrew may be one of the actors to blame for lionfish, which is native to the Indian and Pacific oceans, now making its way over to the Atlantic. At a recent dinner hosted by the Baltimore Aquarium, lionfish was served with Jamaican seasonings. The chef described it as "delicate."

Asian carp got into the Mississippi River — this fish can jump barriers — and has been making its unwelcome way north. A chef in Louisiana renamed it "Silverfin," and now serves it almondine. Some Chicago chefs smoke Asian carp and serve it in chowder.

There are some critics of this tactic of eating invasive species: They worry that this will create demand. But Steve Vilnit, director of fisheries marketing for the Maryland Department of Natural Resources, says if we sell the last blue catfish, we've done our job.

In the meantime, though, his official slogan for the fish is, "Malicious but delicious."