Accessibility links
Startups Pitch Cricket Flour As The Best Protein You Could Eat : The Salt Cricket flour is a thing, and it's showing up in protein bars and baked goods. A few companies are testing the water to see if Americans can get on board with cricket as an alternative to meat or soy. 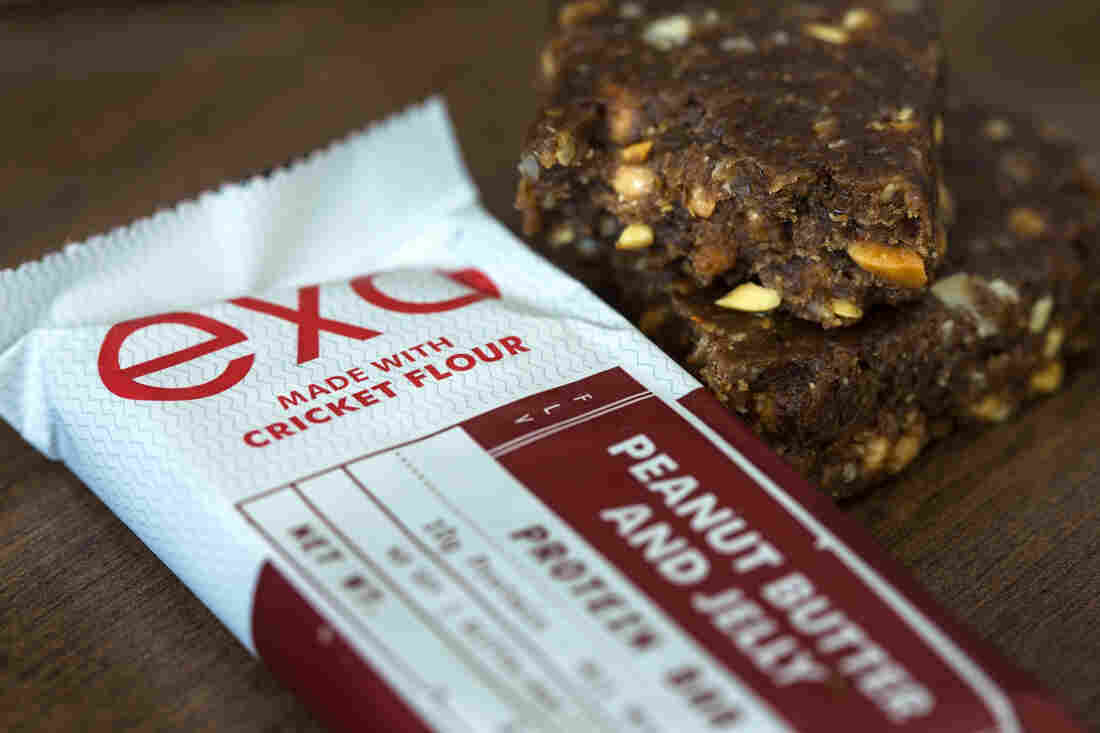 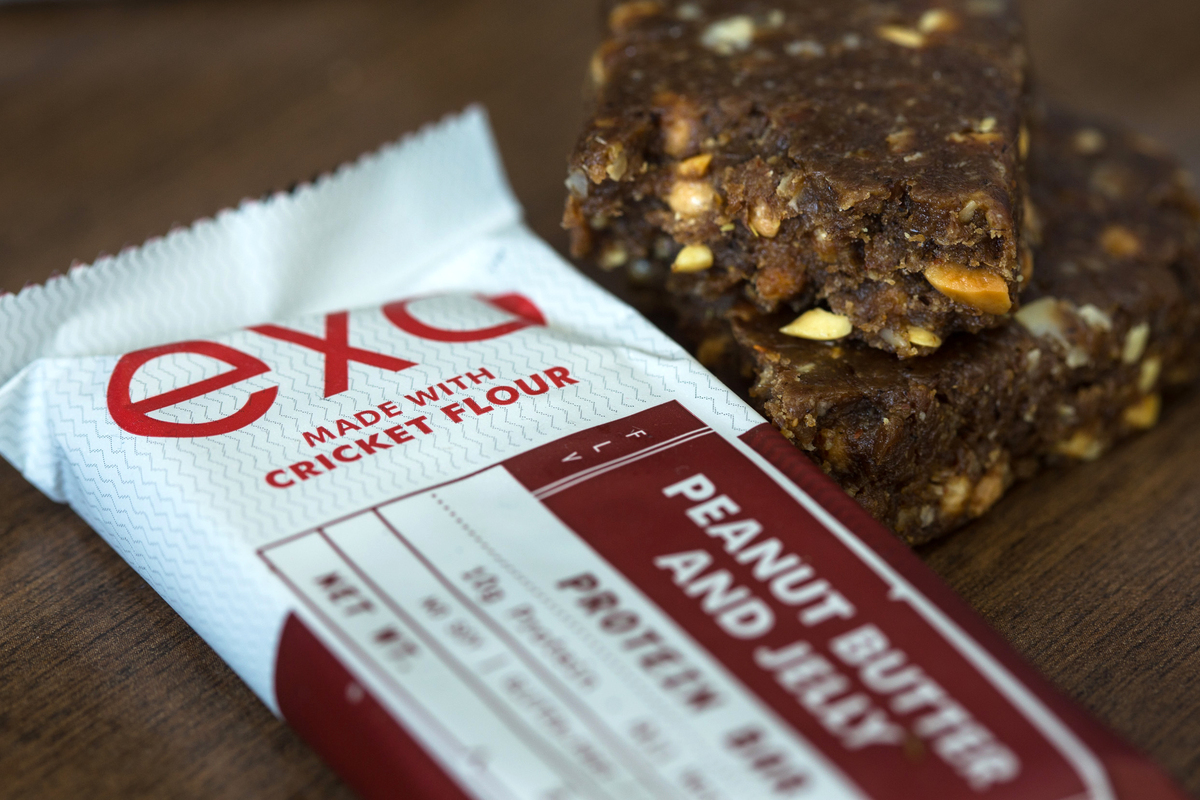 If you heard crickets chirping in your backyard, would it occur to you to grind them into a powder to mix into a protein shake?

That could become the next foraging trend if several edible insect companies can convince consumers that pulverized crickets are the next "it" protein.

"Insects are probably the most sustainable form of protein we have on Earth," Bitty Foods founder Megan Miller, who spoke passionately about eating bugs at a TEDx Manhattan event earlier this year, tells The Salt. "The only real barrier to Americans eating insects is a cultural taboo."

For $20, Bitty is peddling a blend of powdered crickets and gluten-free starches for baking, as well as cookies made with the flour. It joins Exo, a company with a line of cacao and peanut butter-and-jelly flavored protein bars made with cricket powder, and Six Foods, which has baked chips made with cricket flour in the works, in the new marketplace of insect-fortified food products.

Lots of people are excited about the potential of edible insects. A 2013 report from the United Nations Food and Agricultural Organization noted that insects like crickets, mealworms and grasshoppers are nutritional powerhouses, high in protein, fat and the essential amino acids lysine and tryptophan, which are scarce in cereal proteins like soy. Insects also can be farmed on far less land and emit fewer greenhouse gases than traditional livestock.

Exo Co-CEOs Gabi Lewis and Greg Sewitz hopped into the edible insect market as Lewis was pondering turning his homemade protein bars into a business. Unsure how to compete with other bars, the two decided to try adding crickets, which Sewitz says he had recently discovered after attending a conference on climate change.

Sewitz and Lewis, now based in Brooklyn, ordered several thousand live crickets off the Internet to be delivered to their house at Brown University. They roasted the crickets in the oven, "like nuts or any sort of meat," Sewitz says, and threw them into the food processor. 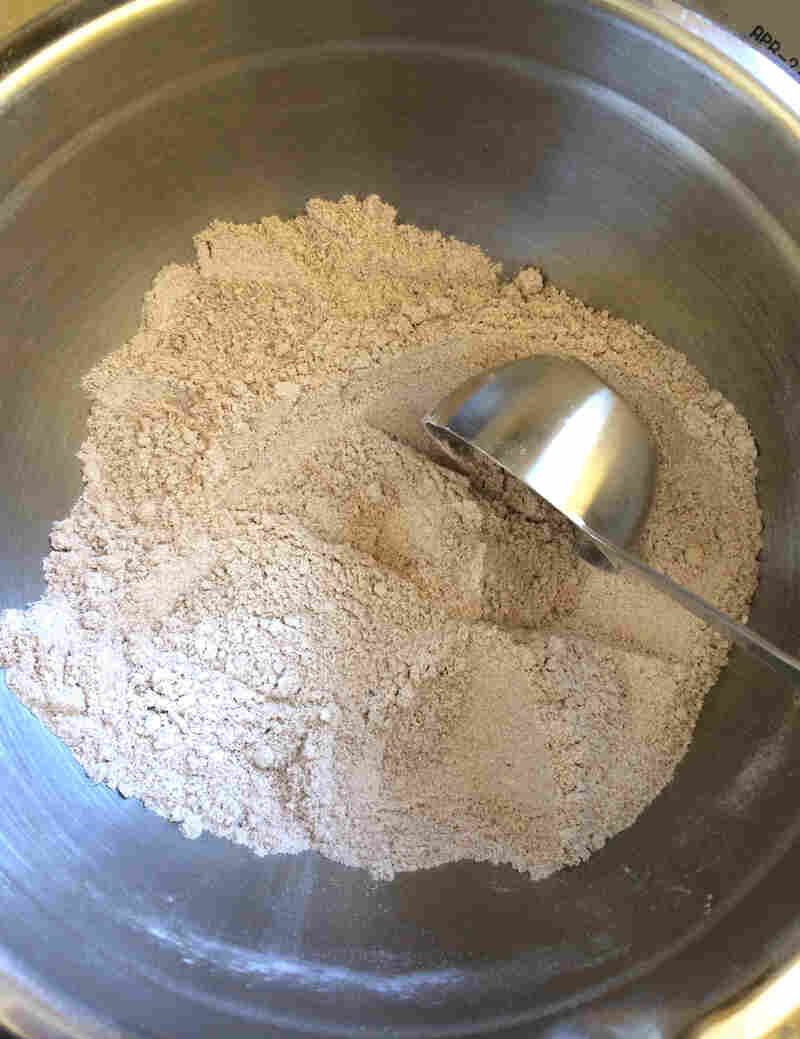 Bitty buys the crickets for its cricket flour from farms in the U.S and Canada. Courtesy of Bitty hide caption 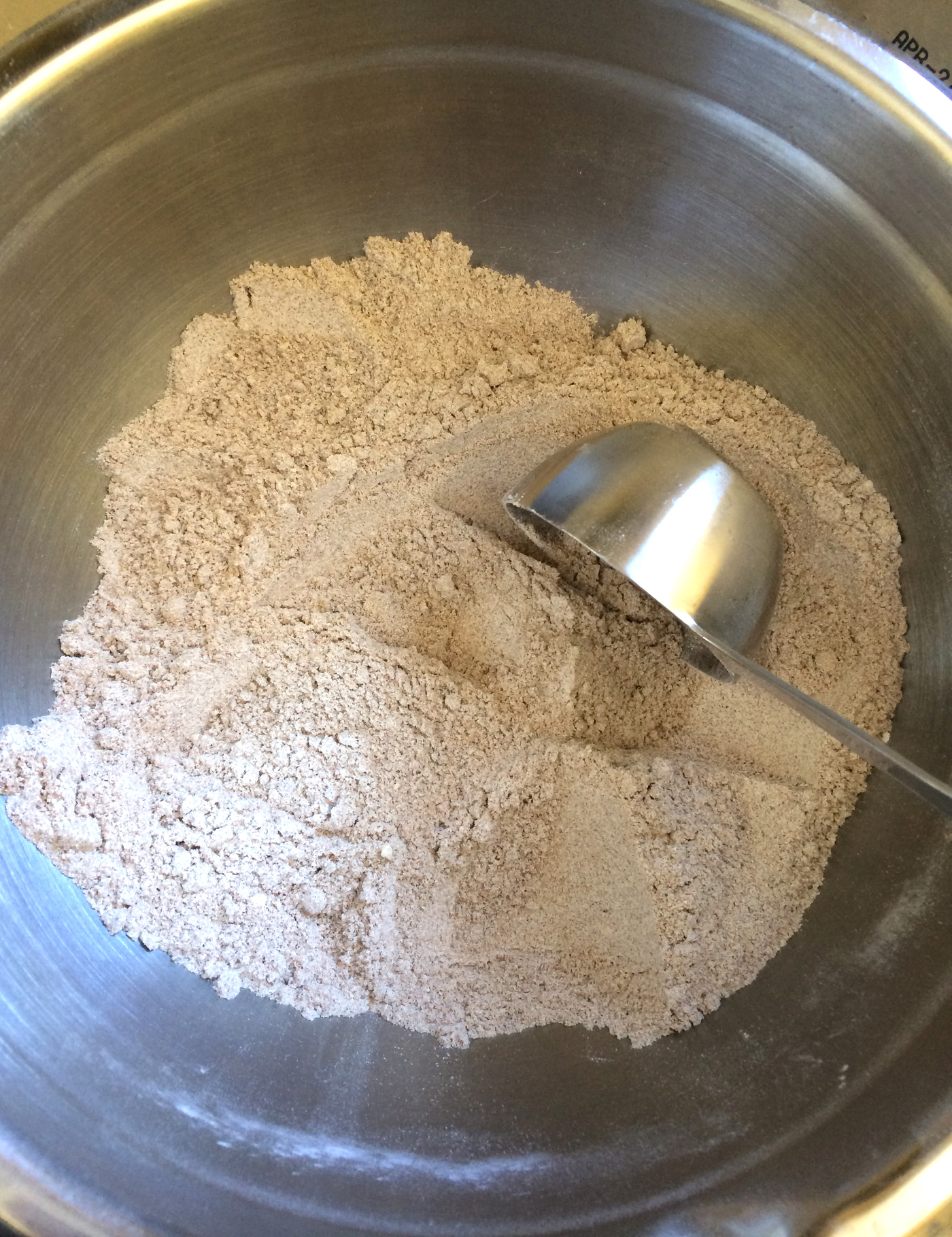 Bitty buys the crickets for its cricket flour from farms in the U.S and Canada.

The result –– a powder Sewitz refers to as "cricket flour" –– was incorporated into the bars as a substitute for plain protein powder made from soy.

Exo bars contain between 270 and 300 calories and 40 crickets' worth of powder. It's a slightly sweet and filling bar — we found that it kept us sated for several hours. They're going for $36 for a 12-pack, or $32 for a monthly subscription.

The cricket farming business appears to be growing in North America. Bitty Foods sources its crickets from farms in Ohio, Georgia, central California and Montreal, Canada, with another farm set to open in Minneapolis. The crickets in Exo's bars are raised for human consumption and fed an organic grain mixture, Sewitz says.

But Miller says cricket flour is a confusing misnomer, often used interchangeably for ground crickets, which, when used alone, are not a functional baking ingredient.

"We found that people didn't really understand that you can't really throw powdered crickets in with some butter and sugar and make a cookie," she says. "It's going to be disgusting."

Exo and Bitty Foods are both trying to target young, health-conscious individuals, who may follow a gluten-free or Paleo-style diet.

"The [person] we're going after as an early adopter — someone who cares about fitness and nutrition and [who] cares about the food they're putting in their body," Sewitz says.

Miller says that her company has found a surprisingly strong following among a peculiar demographic –– moms.

"There's a need among moms who want to get more protein in their kids' diets, but it can be hard to feed them things like a steak," she says. "If you can give them foods that are appealing, like a cookie [with cricket flour] that's actually more akin to an energy bar, that's magic for moms."

Alexander McCall is NPR's social media intern. You can follow him at @awmccall.