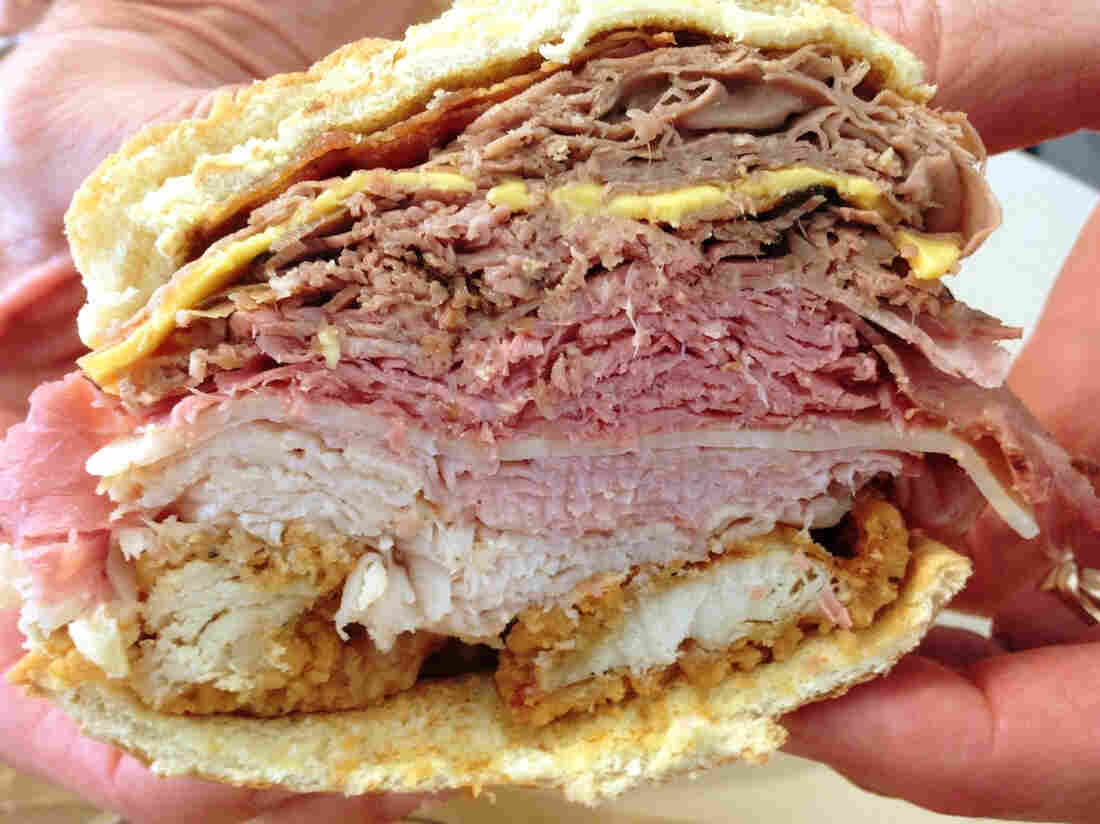 No CGI. This exists.

As you've probably heard, the fast-food chain Arby's wanted to advertise the fact that it offers more than just roast beef. So it created an ad that showed a giant pile of all its meats — turkey, ham, steak, corned beef, brisket, bacon, chicken tenders — along with Swiss cheese and cheddar cheese.

According to an Arby's vice president, "People started coming in and asking, 'Can I have that?' " Surprisingly, the answer was not "get out, you're scaring the other customers." So now you can order one, though it doesn't appear on the menu and Arby's can maintain plausible deniability. It's $10, and it's called The Meat Mountain.

Ian: As George Mallory famously said, "Because it's meat."

Miles: I can't eat it, but I'm excited to read about it in Jon Krakauer's Into Fat Air.

Peter: Interestingly, it was formed by two large plates of cold cuts pressing against each other over millions of years. 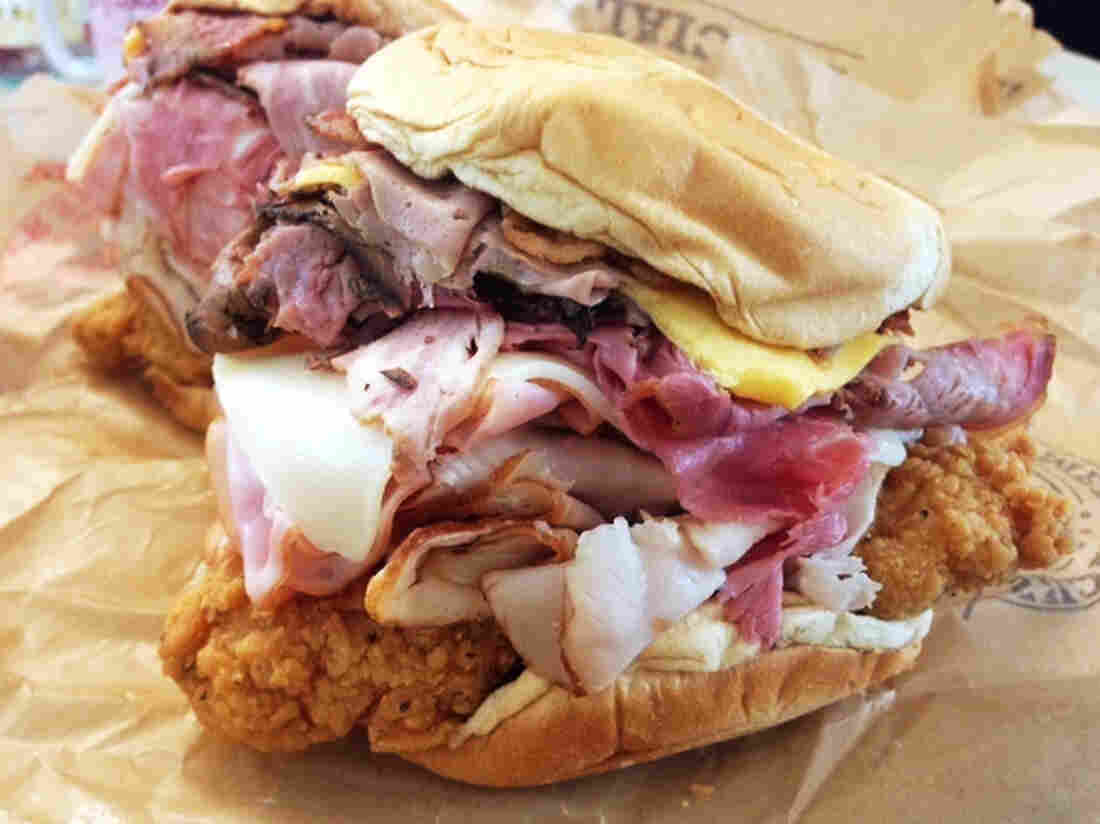 When you order two, it's called "The Twin Peaks." NPR hide caption 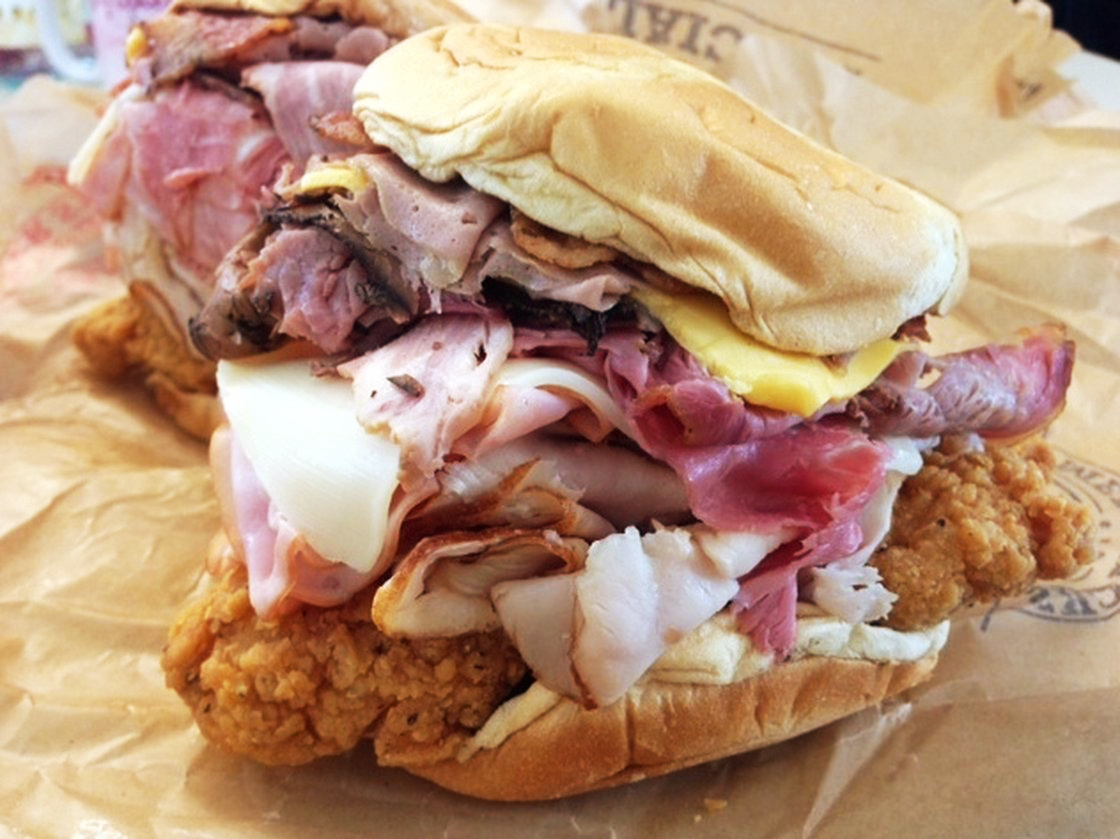 When you order two, it's called "The Twin Peaks."

Robert: It's the seven-headed Hydra of a vegetarian's nightmares. Stop eating one meat and several more appear on the plate.

Kelsie: The colors! It's like a beautiful meat sunset.

Eva: Well, this makes up for all the vegans at NPR. 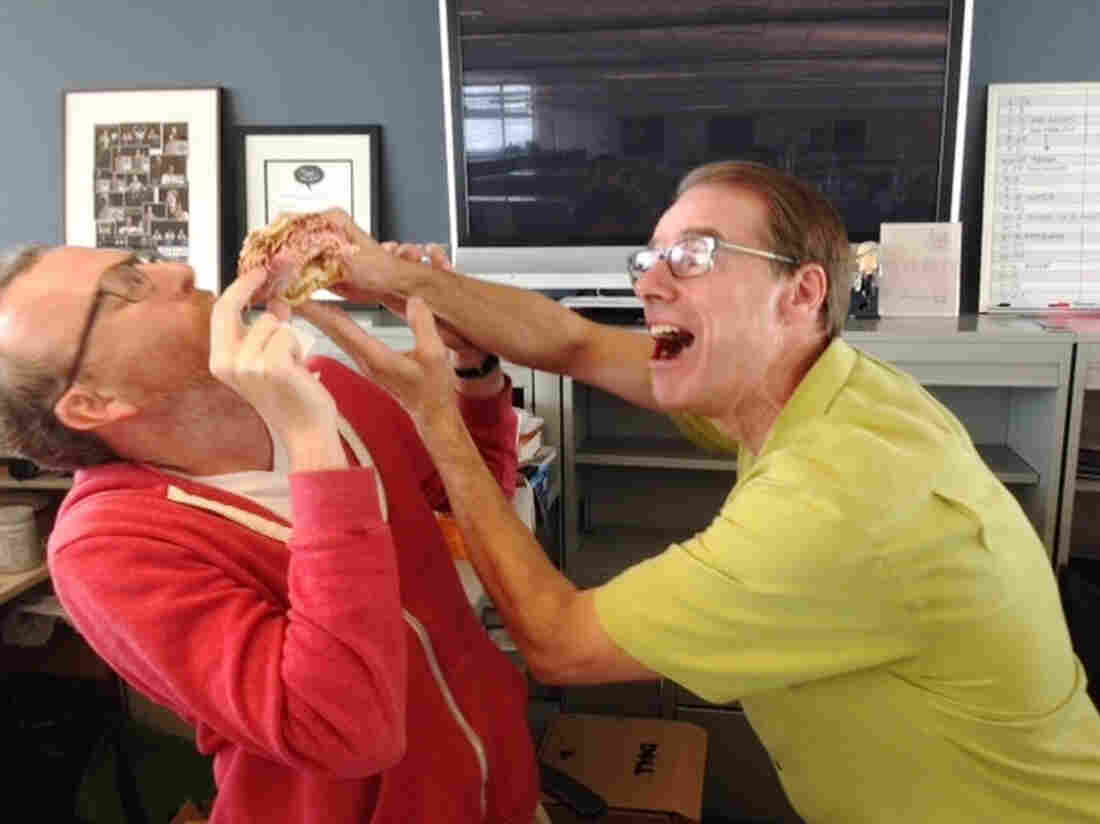 We're honestly not sure what is happening here. NPR hide caption 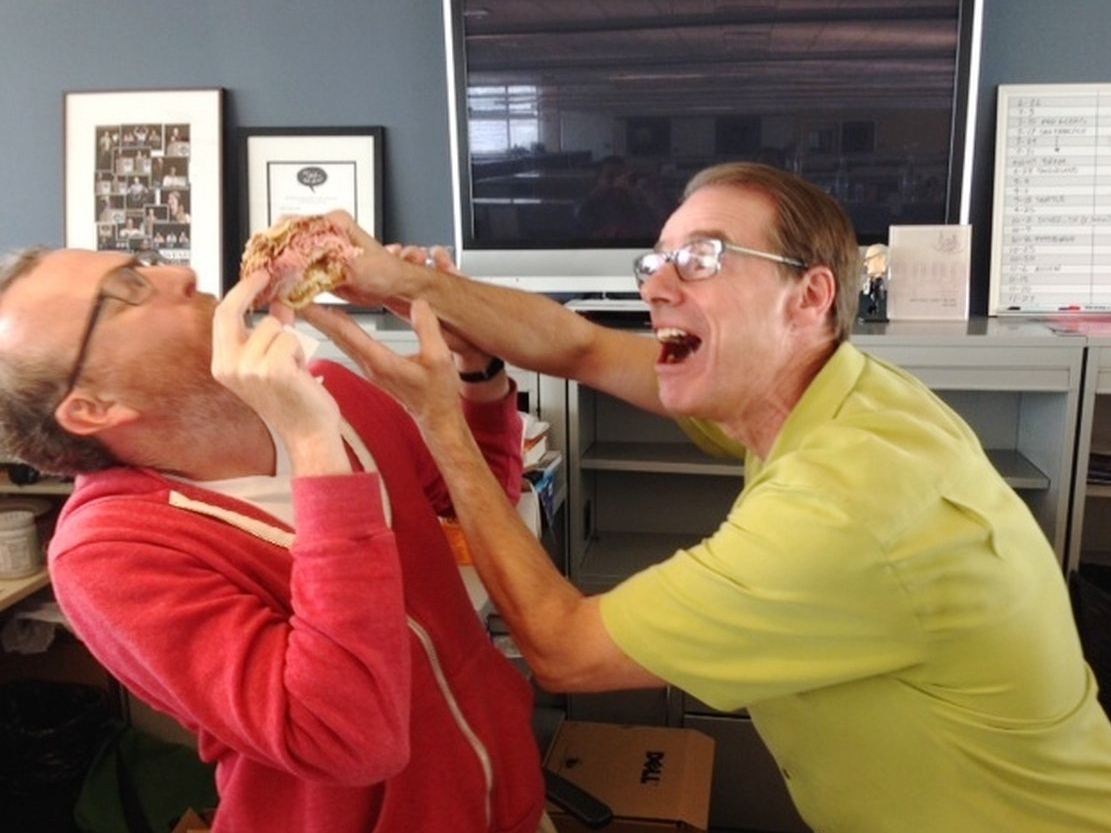 We're honestly not sure what is happening here.

Miles: The proper utensil to eat The Meat Mountain with is a crampon.

Ian: Climb up, repel down.

Peter: I bought an extra, just for myself. Not to eat it. Just so I can build a nice little cottage with a view of it. 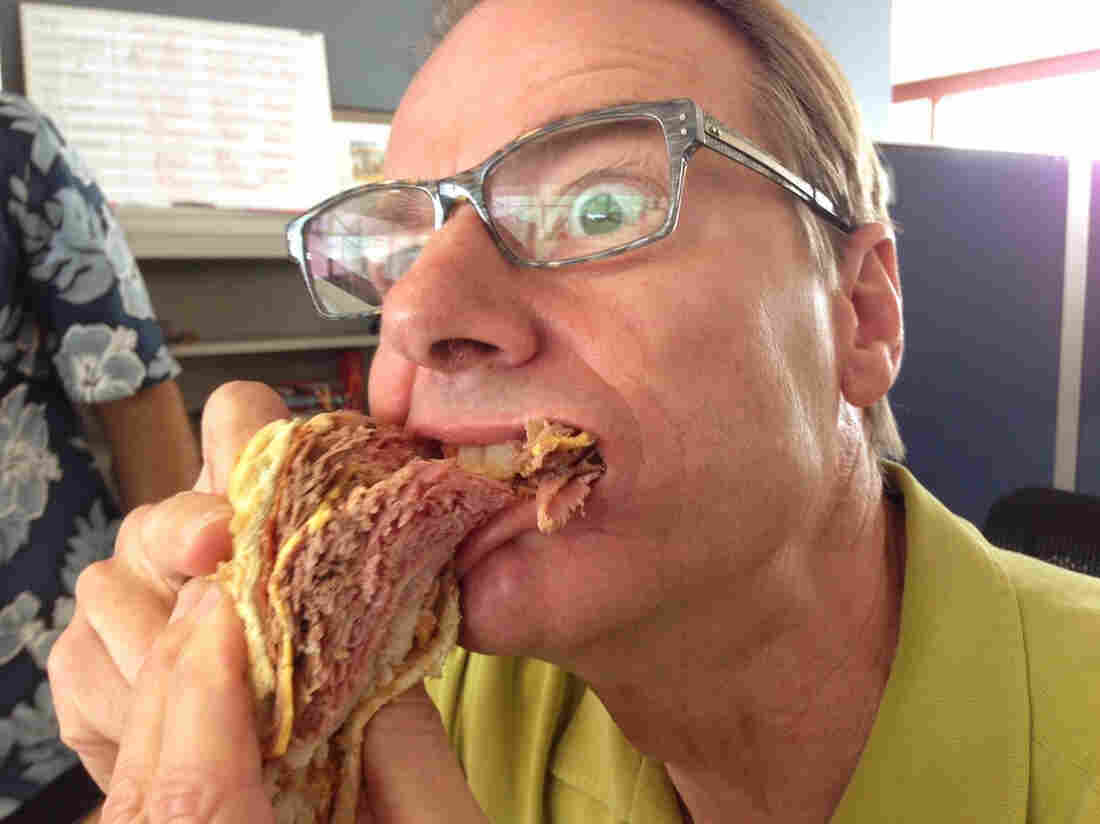 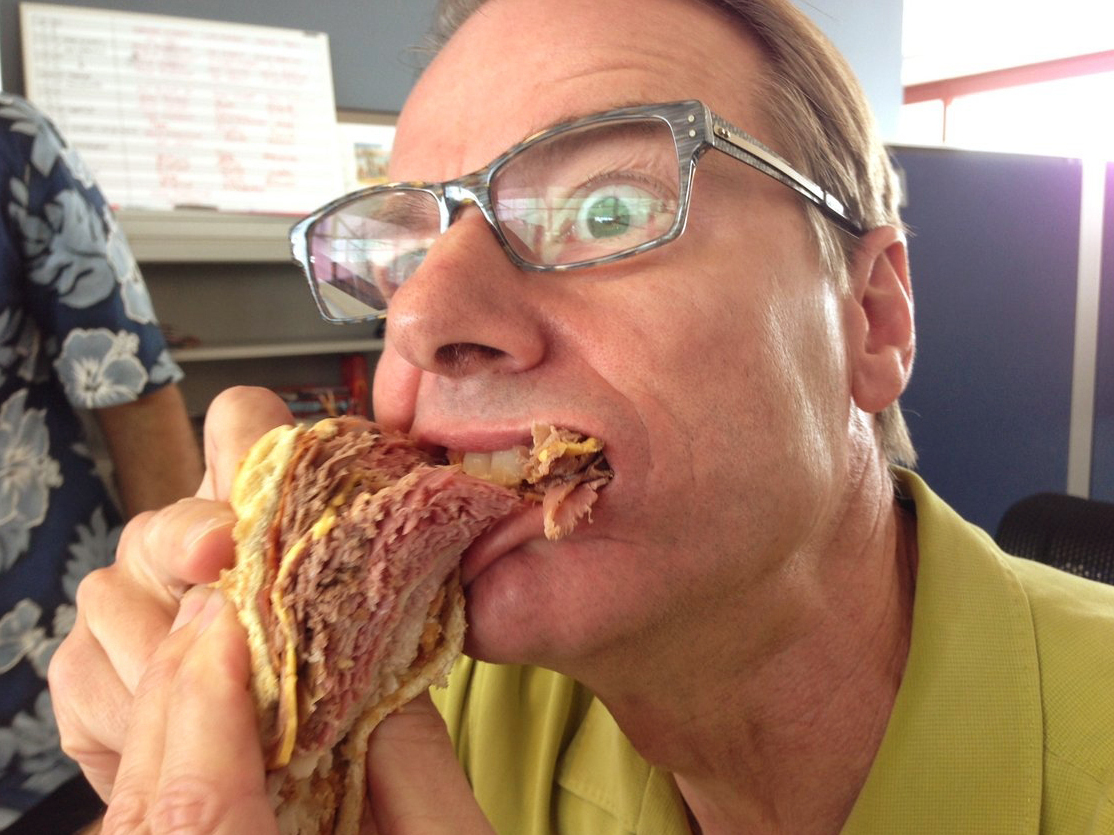 Ian: So many meats. This sandwich is like a children's birthday party where the parents felt like they had to invite everyone in the class.

Robert: I know that eating like this will shorten my life but after tasting it I did the math and determined that it's worth it.

[The verdict: Against all odds, it's delicious. And this may surprise you, but it's not subtle. It's salt and fat, with a surprising crunch from the fried chicken and bacon hiding within. Chefs spend a lot of time trying to find the right ingredients. What we know now is all you need to do is use all the ingredients.]