Accessibility links
'Language Of Food' Reveals Mysteries Of Menu Words And Ketchup : The Salt Linguist Dan Jurafsky uncovers the fishy origins of ketchup and how it forces us to rethink global history. He also teaches us how to read a menu to figure out how much a restaurant may charge. 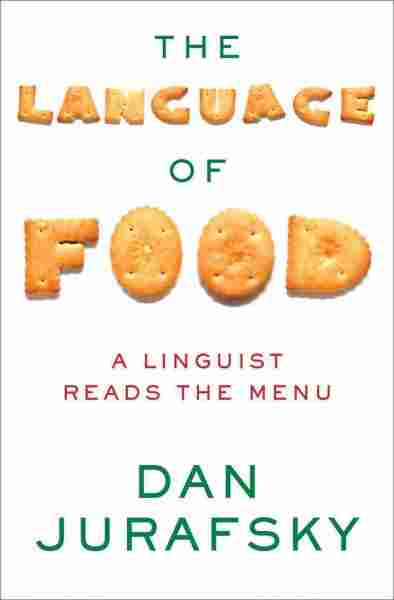 The Language of Food

A Linguist Reads the Menu

The words we use for everyday foods contain clues to their origins and hint at their ancient travels across the globe as they merge, fuse and sometimes take on different forms altogether. Stanford University linguist Dan Jurafsky unpacked some of the history with All Things Considered's Robert Siegel and in his book, The Language of Food.

Take, for example, ketchup. We all know and love it as a sweet, sour, tomato-based topping that's practically its own food group. Well, it didn't always contain tomatoes, and it definitely was not always American.

Inhabitants of the southern coastal regions of China had for centuries preserved seafood by "layering local fish in jars with cooked rice and salt, covered with bamboo leaves, and left to ferment. The enzymes in the fish convert the starch in the rice to lactic acid, resulting in a salty, pickled fish that could be eaten by scraping off the goopy fermented rice," Jurafsky writes in his book. The recipe was written down in the 5th century and is still used today in parts of Southeast Asia.

In the 17th century, English and Dutch sailors and traders traveled to Asia, "and they brought home barrels of this Chinese fish sauce, and this fish sauce was called ketchup. -Tchup is a word for sauce in Chinese dialects," he says. And the syllable ke means "preserved fish" in Hokkien, the language of southern Fujian and Taiwan.

The sailors, probably hoping to perk up their hardtack, quickly adopted the fishy ketchup, and merchants saw the opportunity to sell an expensive and exotic sauce from Asia to Europeans, Jurafsky writes.

By the 19th century, the British were making their own ketchup, adding tomatoes but still relying on anchovies for flavor, as evidenced by early recipes, Jurafsky says. Eventually, tastes changed and the anchovies were out while other ingredients like mushrooms and oysters came into vogue. "Ketchup" became a catchall word for a spiced sauce.

"And so in England, ketchup lost the fish and acquired tomatoes, and much later on, the Americans added sugar, and there's our national condiment," he says.

Tracing the origins of ketchup has also raised questions about our version of world history. "The traditional view of economic history says that in the Ming Dynasty, China turned inward and had to be dragged into the modern global world much later. But the story of ketchup tells us that China was really the center of world trade," Jurafsky tells Siegel.

But the language of food is not limited to history lessons.

Food, and how we describe it today, can also tell us a lot about what it's going to cost us when we go out to eat tonight.

What's The Secret To Pouring Ketchup? Know Your Physics

"Expensive restaurants are 15 times more likely to tell you where the food comes from — to mention the grass-fed things or the name of the farm or greenmarket cucumbers, but expensive restaurants also use fancy, difficult words like tonarelli, or choclo [large-kernaled corn] or pastilla," Jurafsky says. But they are also generally shorter in length.

The really long menus, which he says are "stuffed with adjectives like fresh, rich, mild, crisp, tender and golden brown," are found at the middle-priced restaurants.

And the cheapest restaurants use "positive but vague words — 'delicious,' 'tasty,' 'savory,' " he says. If an expensive restaurant used words like "fresh" and "delicious," that "implies you have to be convinced."

Cheaper restaurants are also likely to say that the food should be served "your way."

"The more expensive the restaurant, the more it's all about the chef," he says.