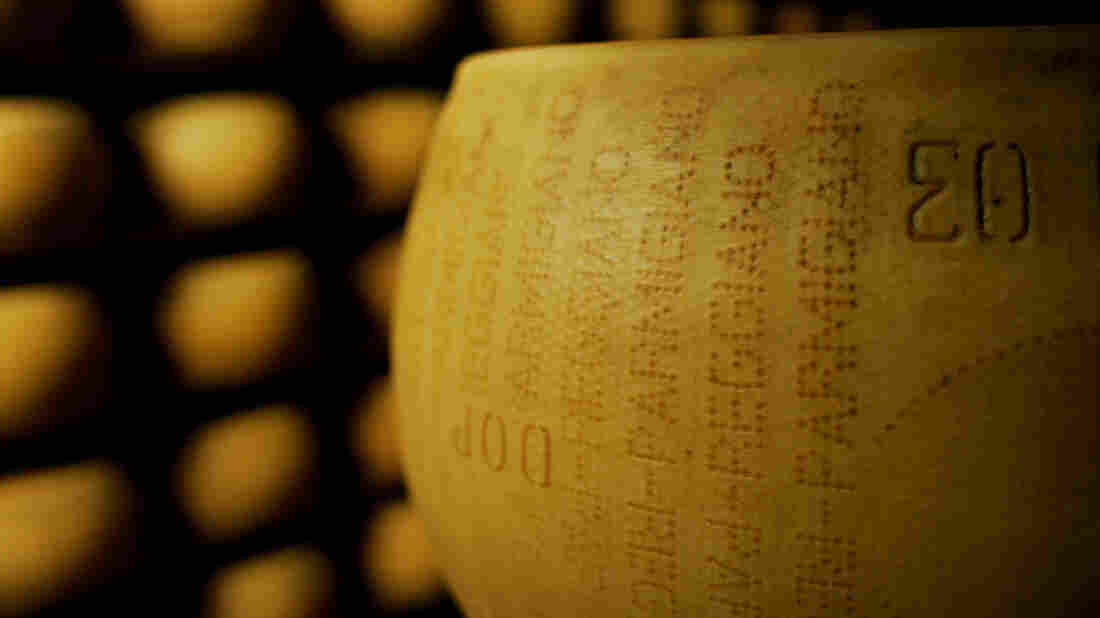 Technically, it's against the law for Russian restaurants to buy top-notch Italiano Parmigiano-Reggiano. But that's nothing a little creative labeling can't get around. Porter Gifford/Corbis hide caption 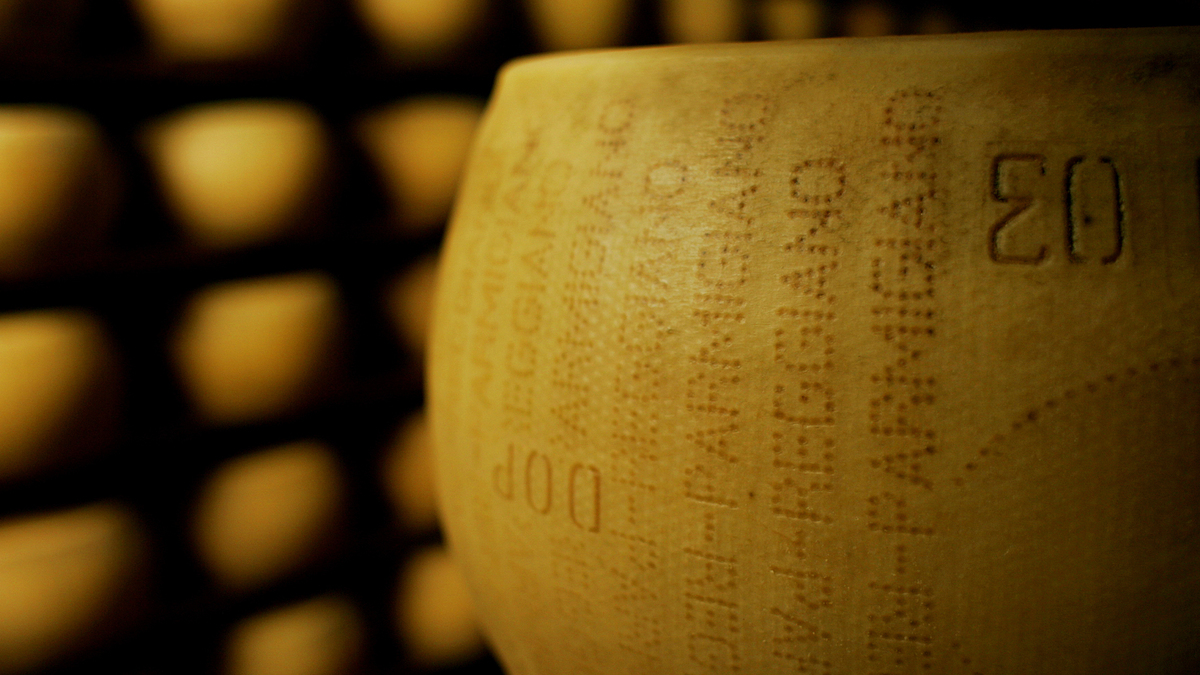 Technically, it's against the law for Russian restaurants to buy top-notch Italiano Parmigiano-Reggiano. But that's nothing a little creative labeling can't get around.

It's been six weeks since Moscow slapped a ban on foods imported from the United States, the European Union and other countries that sanctioned Russia for its involvement in Ukraine. The implications of that move are just beginning to be felt.

Many of the Russian capital's trendiest restaurants have been hit hard because they get most of their ingredients from Europe. So they've had to scramble to find replacements.

But it turns out that neighboring Belarus "produces" the very best Italian Parmigiano-Reggiano, still in the original Italian packaging. It's pasted over with a label that says "made in Belarus."

Belarus is not a target of the latest sanctions, and it didn't join with Russia in banning foreign foods. Middlemen in Belarus import the hard cheese from Italy, do their rebranding magic, and ship it to Russia as what is jokingly dubbed "Parmigiano-Belarussiano."

Because Belarus has a customs agreement with Russia, its goods cross the Russian border without being inspected.

But the whole sneaky business shows that the global trading system only works as long as nations abide by its rules.

Russia joined the World Trade Organization only two years ago, agreeing to accept rules that would make it easier for foreign countries to sell their products in Russia.

In fact, President Vladimir Putin used the WTO rules to lash out at the international sanctions in a speech on Thursday. He accused the United States, the European Union and their allies of violating "basic WTO principles ... and the principle of fair and free competition."

And yet, Russia has been accused of very much the same thing — repeatedly blocking imports from countries that displease it for political reasons.

Typically, Russia's consumer protection agency bans certain imports on the grounds that they are found to be contaminated with unsafe or unhealthy ingredients. Even before the current food ban, Russia was already blocking chocolate and other foods from Ukraine. Last year, it suspended the importation of dairy products from Lithuania, whose government has a prickly relationship with the Kremlin.

If they don't like it, those countries can complain to the WTO about the bans, and if the complaint can't be resolved, the matter can go to arbitration. But it's a long, tortuous process that usually lasts longer than the ban itself.

"It's very, very simple," says Hosuk Lee-Makiyama, an expert on the WTO. "You don't challenge embargoes and sanctions, because the other side can claim national security, and the second they do — basically, the system falls apart."

Lee-Makiyama is the director of the European Centre for International Political Economy. He says that Russia could undermine the international trading system simply by asserting an option that can't be arbitrated.

It's not clear whether Russian leaders themselves have decided how far they'll go with the national security argument, but it has leading Russian economists worried.

"This way is rather dangerous for the WTO itself," says Alexei Portansky, a professor at Moscow's Higher School of Economics. He notes that a case like this has never come up since the establishment of the organization, because it would set a very dangerous precedent. "That is why I would like to believe this scenario will not be realized."

Even if Russia avoids a collision with the WTO, the effects of its self-imposed food ban appear to be snowballing.

Just this week, a popular sushi chain, Yevraziya, closed 10 branches in its home city, St. Petersburg, and sold off all 15 of its restaurants in Moscow.

Russians love sushi, and Japanese restaurants have flourished over the past few years.

But one of Yevraziya's owners says his chain is being squeezed from two sides: Russian sushi lovers have less money to spend, and the price of supplies has skyrocketed.

A lot of prime sushi fish, especially salmon, came from Norway, but those imports are now banned.

A top restaurant consultant told the Business Daily Vedomosti that salmon prices have doubled since the ban took effect.

Vedomosti now reports that Belarus may be coming to the rescue again. It seems the landlocked nation is providing fish that look remarkably like Norwegian salmon.