Accessibility links
Beyond Charity: Turning The Soup Kitchen Upside Down : The Salt For 25 years, DC Central Kitchen has been a place for the hungry to feed themselves and learn new skills. Now a bustling social enterprise, it's inspired similar programs across the nation.

Beyond Charity: Turning The Soup Kitchen Upside Down

Beyond Charity: Turning The Soup Kitchen Upside Down

If you've ever volunteered in a soup kitchen, you know the feeling of having served others.

But what about those on the other side of the food line? Are they getting what they need most?

This is the fourth in a series of conversations on The Salt where members of NPR's food team chat with intriguing people in the food world.

He set out to train homeless people on the streets of Washington, D.C. — many of whom were drug addicts cycling in and out of a life of crime — how to cook and earn a food handler's license. The goal was to help them trade addiction and crime for stable employment in restaurants and other food enterprises.

The story of how this vision turned into a thriving social enterprise is told in a new book, The Food Fighters: DC Central Kitchen's First 25 Years on the Front Lines of Hunger and Poverty. Alexander Moore, who's now involved in running the nonprofit, is the author.

Moore describes how Egger, a "cocky, profane nightclub manager," was repelled by well-intentioned but ineffective efforts to feed the poor on the streets of Washington in the late 1980s. Charity in America, he says, delivered "redemption to the giver, not liberation to the receiver." He set up a commercial-scale kitchen to do the job better — and train some of those receiving the food to do it themselves. 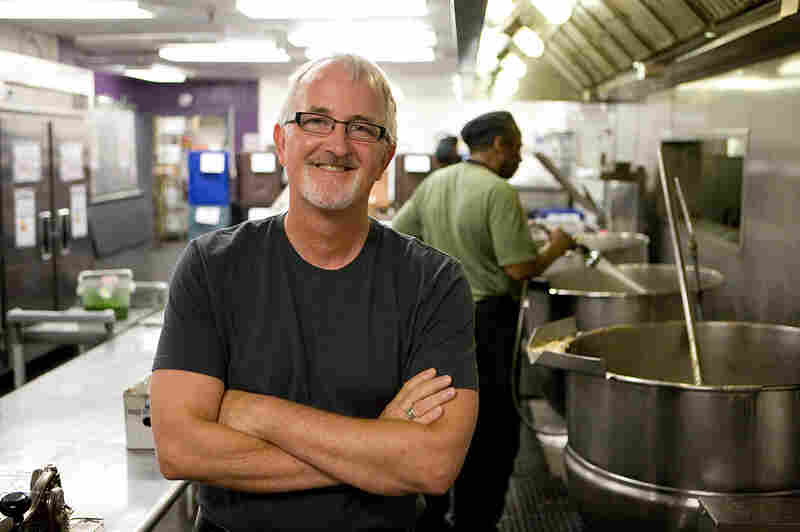 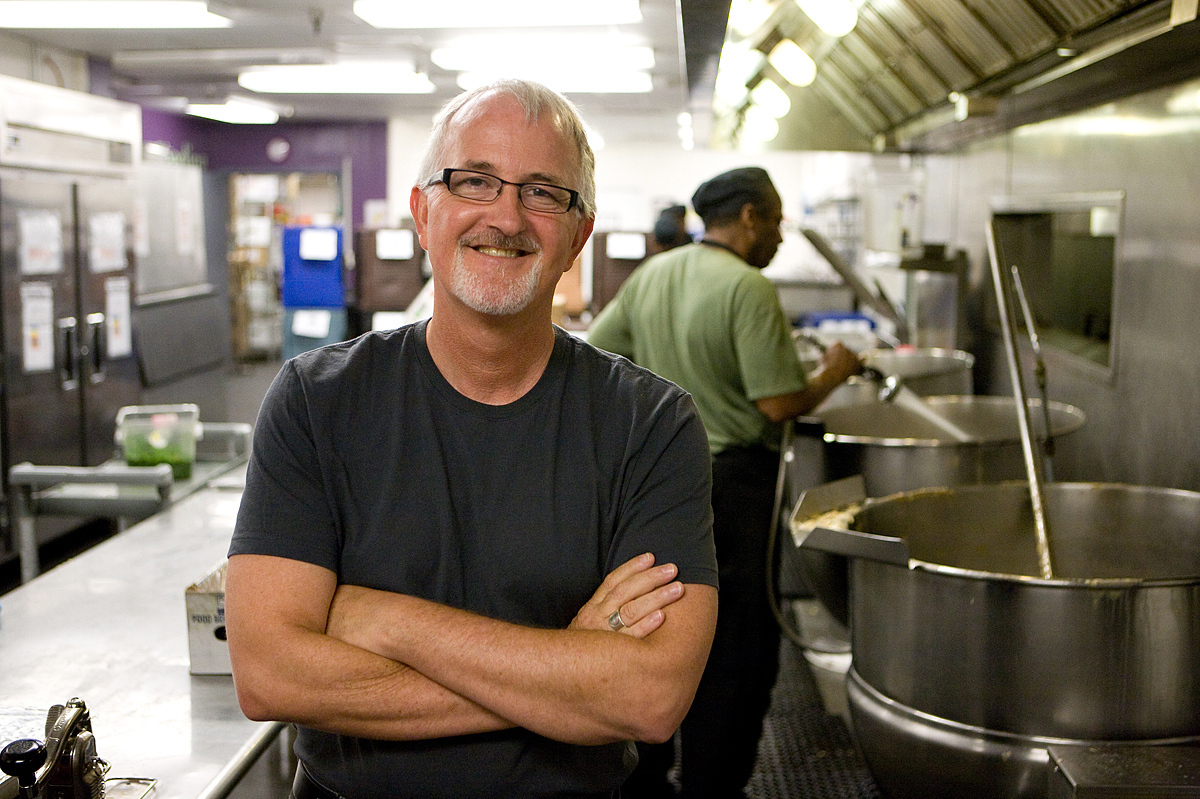 Egger's kitchen got its start turning surplus and donated food into meals that are provided to homeless shelters and other nonprofits. Later, DC Central Kitchen opened an arm that operates much like a private company, selling high-quality meals to schools and 60 corner stores in low-income neighborhoods of the city.

Today, the kitchen is a major enterprise. It delivers 5,000 meals each day to local nonprofit organizations and another 5,000 meals to schools. It operates a culinary job-training program that trains 80 people each year, and gets many of its supplies from small, local farms. Sixty percent of its funding is revenue that it earns from sales — for instance, to the D.C. Public Schools.

The kitchen, which welcomes volunteers, also brings together people from vastly different parts of the city. "This idea of everyone side by side — it's a powerful image," says Egger. "The president of the United States, someone from the shelter, a kid from Wilson High School — we're Washingtonians, side by side. This is the power of community!"

The DC Kitchen model has been adopted by organizations around the country, and inspired The Campus Kitchens Project at schools, colleges and universities. where students help recover food that might be wasted and prepare meals for people in need in their communities.

The goal, however, remains the same: pushing past a mindset of charity and creating innovative ways to fight hunger and build strong communities.