Accessibility links
Before You Take A Bite Of That Mushroom, Consider This : The Salt Guess what scientists found lurking inside a common-looking packet of supermarket porcini? Three entirely new species of fungi. That's what happens when you sequence the DNA of your dinner. 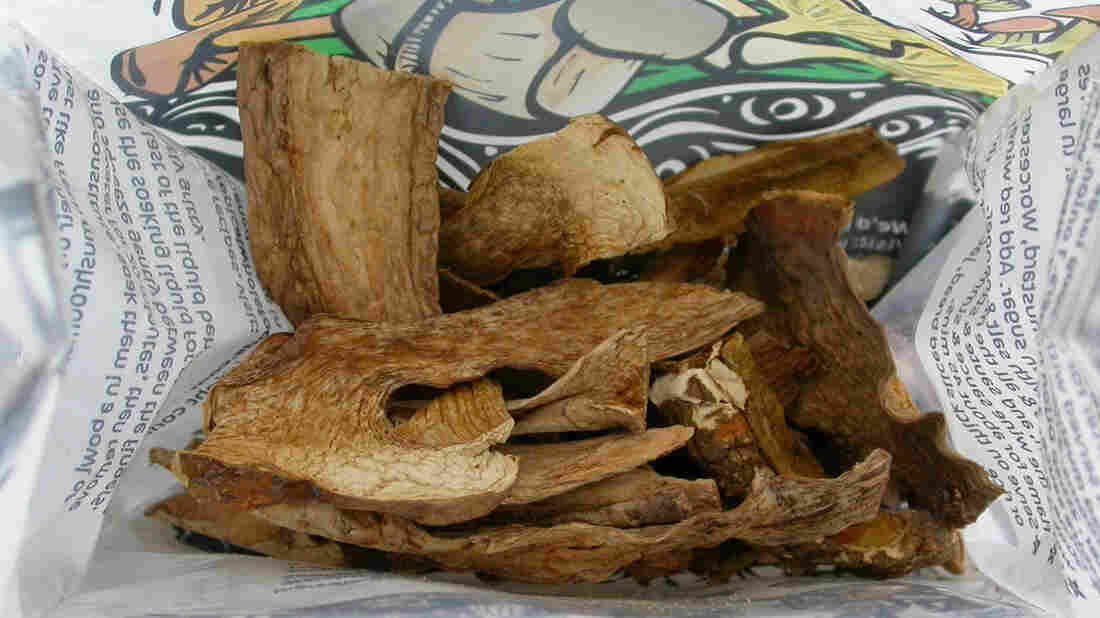 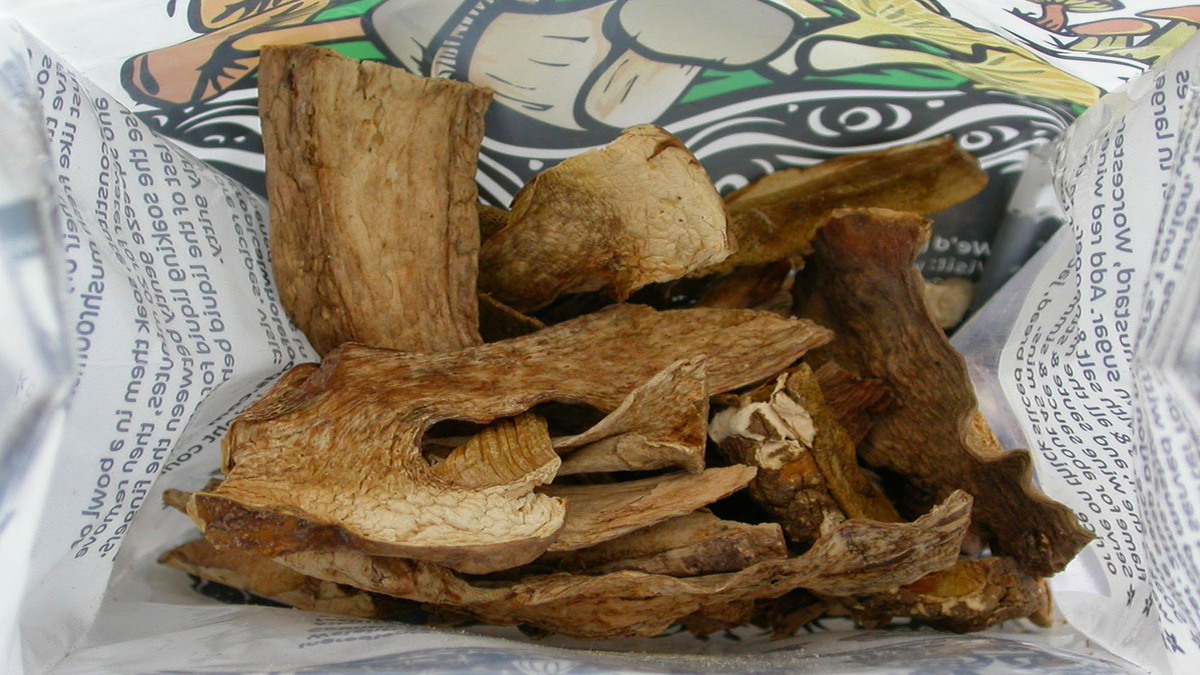 This grocery store packet of porcini mushrooms contained a surprise: three species of fungi never before named or described.

If you haven't been DNA-sequencing your dinner lately, you've been missing out. In particular, we suggest examining those spongy, wild fungi before you lay them on your pizza.

Bryn Dentinger and Laura Suz, mycologists with the Royal Botanic Gardens in Surrey, England, were curious about what was in their marketplace 'shrooms. So they bought a packet of dried Chinese porcini and took it to the lab.

They picked out 15 pieces and compared sequences of the DNA to a database of known species, creating a phylogenetic tree of Chinese boletes (those are mushrooms with pores rather than gills on the undersides of their caps). What they uncovered, described in PeerJ, were three new species, identified in previous fungi lineages but never before named or described.

"There's probably lots of different species of porcini," Rytas Vilgalys, a mycologist at Duke University who was not involved in the new study, tells The Salt. He says that even with his local mushroom club they regularly identify novel species from the wild.

Consumers need not worry about the different species in the bag. "Porcini mushrooms are considered choice and edible," says Vilgalys. "They're not likely to be mistaken for a poisonous species." (No porcini are known to be poisonous.) He says the technology for sequencing has made it much faster and much cheaper to find these things out.

In the past, mushrooms have been hard to classify because they can be cryptic species, in that they look identical but are genetically different. In particular, the porcini group contains a wide range of kinds, though Dentinger and Suz note all fungi species are incredibly diverse and underdocumented.

As they say in their paper, "We hope that by naming these taxa and providing reference sequences for comparison, we will encourage mycologists with ready access to fresh collections of these species to record and document their characteristics and discover new features that may help to distinguish them."

So if you've got a couple of extra thousand dollars lying around, you too can buy a DNA sequencer and join the hunt to document new species. Or just finish that pizza.