Accessibility links
Scientists Step Up Food Fraud Efforts Following Horse Meat Scandal : The Salt The latest report in response to the horse meat scandal of 2013 reminds us that the potential for fraud in the food supply is high. But scientists are working to predict and prevent the next incident. 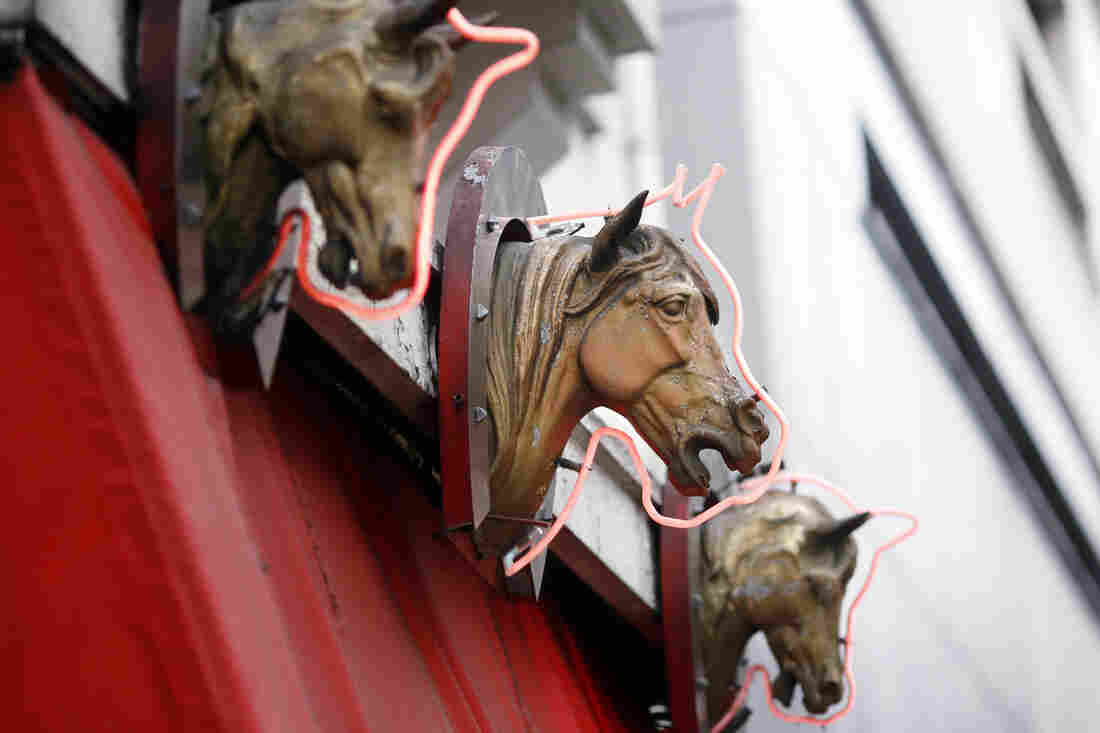 The French enjoy horse meat — here's a horse meat butcher in Paris. But even the French were angry that they had been paying beef prices for it last year. Thomas Coex/AFP/Getty Images hide caption 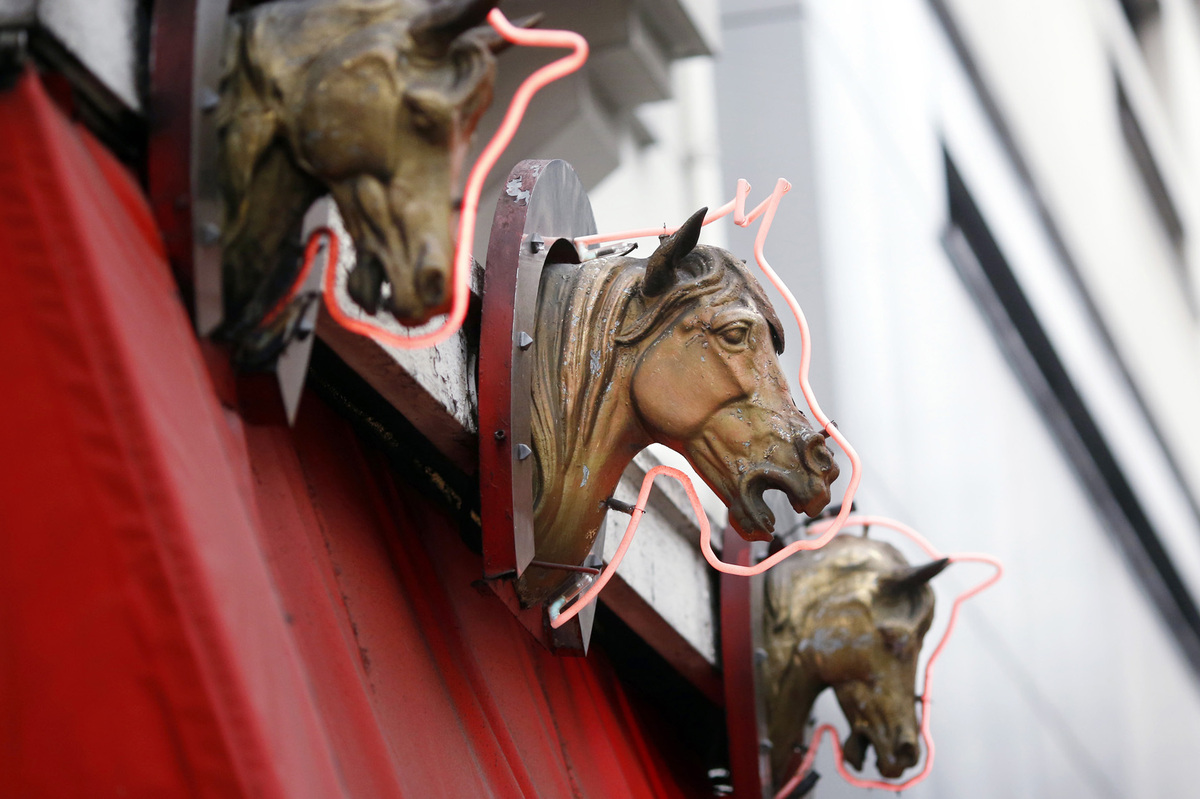 The French enjoy horse meat — here's a horse meat butcher in Paris. But even the French were angry that they had been paying beef prices for it last year.

Last year, the great European horse meat scandal alerted consumers around the world to food fraud. Traces of horse meat were found in Ikea meatballs and Burger King beef patties, in cottage pies sold at schools in Lancashire, England, and in frozen lasagna sold all over Europe. Arrests were made in the U.K. and in France.

The contamination didn't pose any real public health threat — horse has the same amount of protein as beef, and less fat. But in the U.K., where horses are viewed as pets rather than food, people weren't happy to learn they had been eating horse unawares. And as we reported, in France, where eating horse is more common, customers were angry that they had been paying beef prices for cheaper horse meat.

"Consumers felt cheated and lost trust. It was just a total loss of confidence in the supply chain," says Markus Lipp of U.S. Pharmacopeial Convention, a nonprofit that sets food and medicine safety standards. "It raised questions: Were these racehorses? Were they treated with veterinary medicines that were bad for human consumption?" 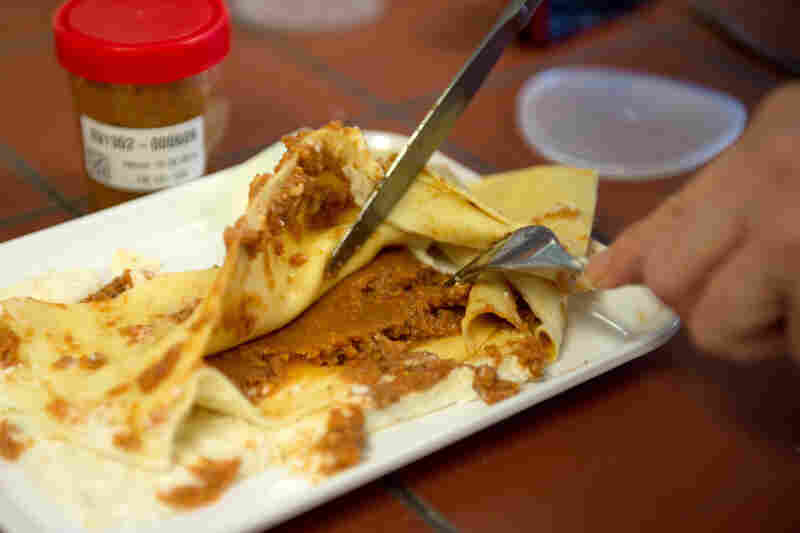 A regulator tests food samples for horse meat in Braunschweig, Germany. Last year, beef products sold all over Europe were found to have traces of horse. Jochen Luebke/DPA/Landov hide caption 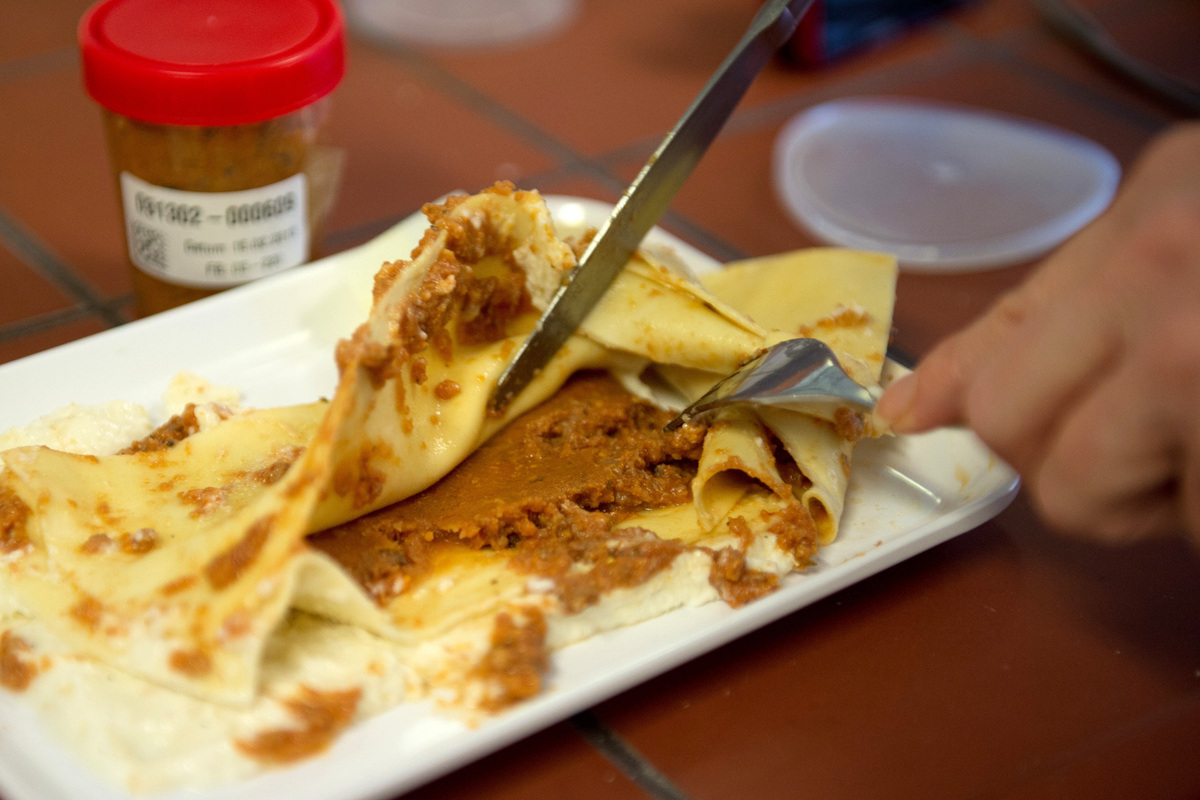 A regulator tests food samples for horse meat in Braunschweig, Germany. Last year, beef products sold all over Europe were found to have traces of horse.

As a result of the scandal, European governments started rethinking their food regulation practices. And scientists started kicking into high gear, looking for ways to improve the technology to quickly test batches of meat for contaminants. Just this month, a paper in the Journal of Agriculture and Food Chemistry details a new method that uses mass spectrometry to quickly detect even tiny traces of pork and horse mixed into raw and cooked beef products.

The new technology looks promising, Lipp says. "But there is no way [food regulators] can test 100 percent of the food. We can never test ourselves to safety."

Adulterated meat is just the tip of the iceberg, says John Spink, who heads Michigan State University's Food Safety Program. Food fraud is a huge, expansive problem, Spink says. Adulterated products show up in the market all the time — affecting everything from olive oil and milk to spices and additives.

"With globalization, even one instance of fraud can be huge. They can make so much product, and it can so quickly move around the world," Spink says. "And it's quite a challenge, because there's an unlimited number of adulterants that could be in the product."

Testing acts as a deterrent, Spink says, but it won't stop fraud. Spink's program focuses on fraud prevention. His team uses criminology and forensic tools, as well as food science, to study the global food market and predict where fraud may happen.

Even when scientists identify products that may be especially susceptible to fraud, it can be difficult to know which suspect ingredients are being mixed into our food, says Mitchell Weinberg, CEO of Inscatech, a firm that advises food companies on food safety. "It may not be horse meat next time. It may be dog meat, cat meat, rat meat — all of those have been used," he says.

This month, the British government released a report in response to the horse meat scandal. In the document, Chris Elliott, a food safety researcher and professor of microbiology at Queen's University Belfast, calls for more regulation and testing and provides suggestions for what the government should do the next time there's a big crisis.

Even if the U.K. implements all of Elliott's suggestions, the problem won't go away, Weinberg says. That's because most food fraud doesn't originate in Great Britain.

The best way to manage the problem is for governments to work with each other and with food companies, Weinberg says. "On the positive side, the food industry is actually collectively trying to address the issue."

That's because a food fraud scandal can destroy a company's reputation, Spink says. "Companies realize that a recall is very costly."

Spink's lab offers both in-person and online training for food processors looking to amp up their defenses against fraud. "And nowadays, these multinational companies are working with governments to define the scope of the problem," he says.

Of course, he notes, food fraud is as old as time. "This is not something you just fix," he says. "It has to be managed."