Accessibility links
Restaurants Shave Calories Off New Menu Items : The Salt New menu items introduced by chain restaurants in 2013 contained 60 fewer calories, on average, than items on the menu in 2012. And that could be enough to make an impact on the obesity epidemic. 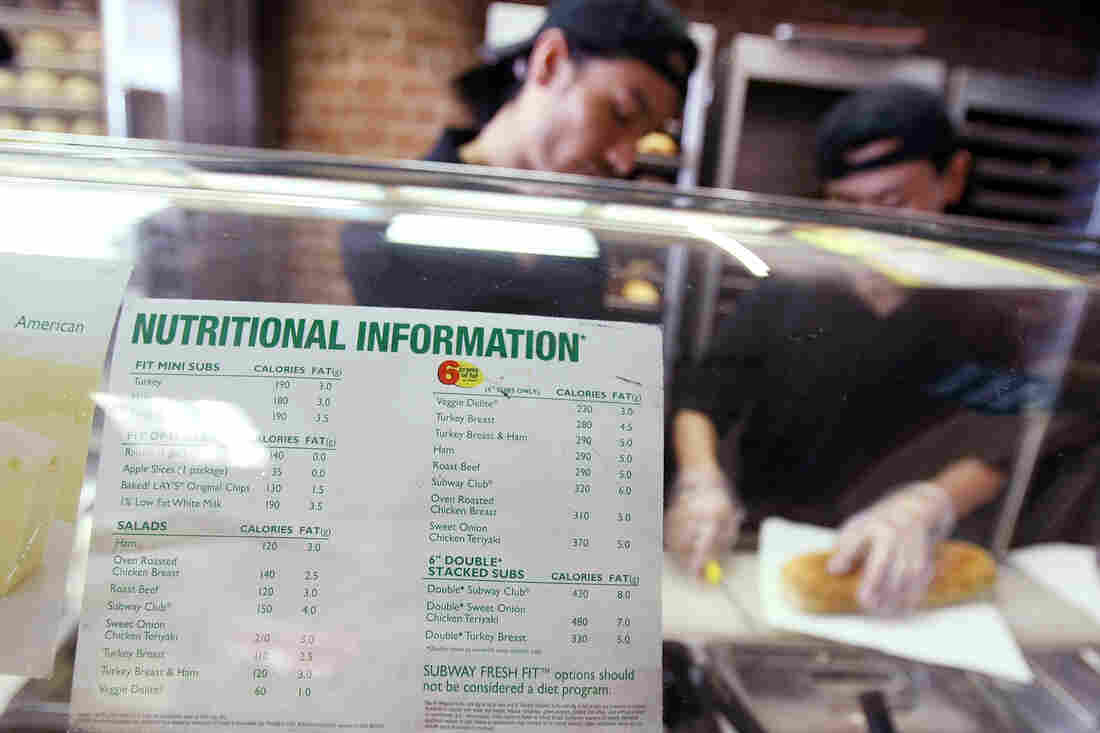 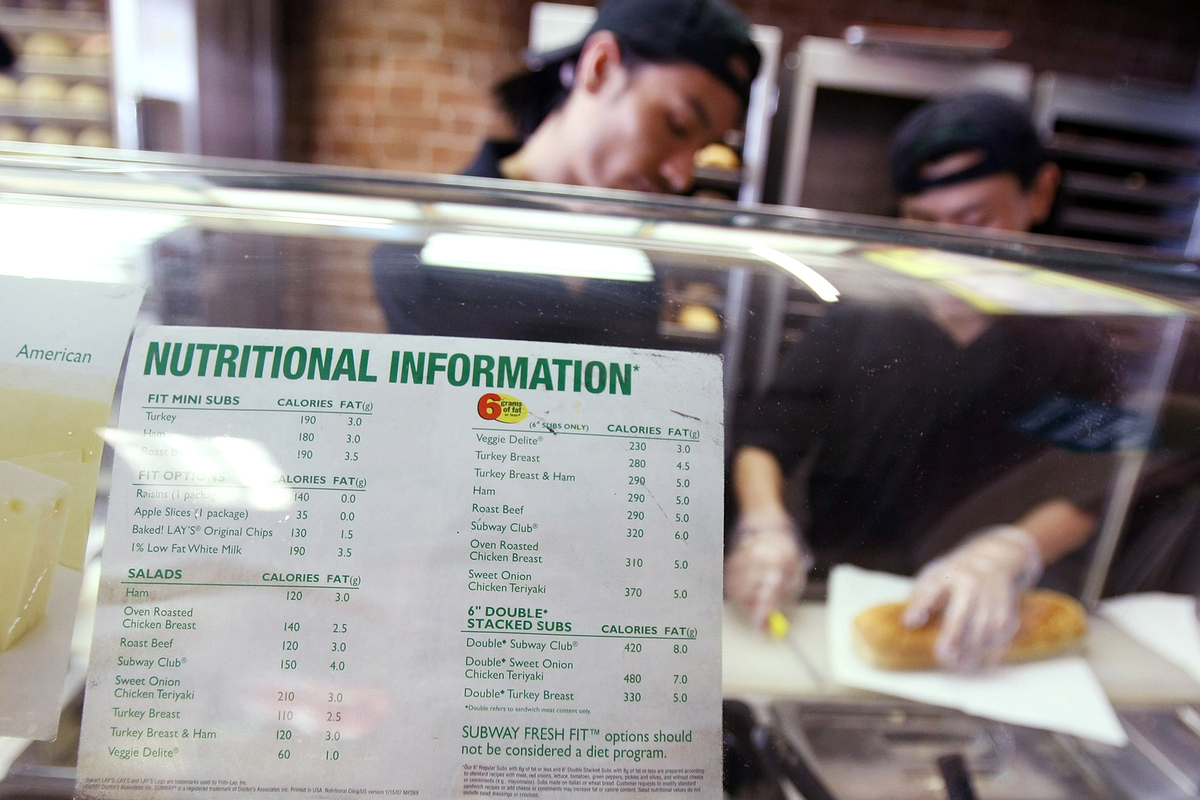 A sign displaying calorie counts is seen in a Subway restaurant in New York City in 2008. A yet-to-be-finalized federal rule requiring big chain restaurants to post calorie counts has likely led eateries to tweak their menus.

Last month we reported that big food retailers have eliminated billions of calories from the packaged foods they sell in supermarkets.

Now comes a study that finds large U.S. restaurant chains are doing some calorie cutting as well. Researchers from the Johns Hopkins Bloomberg School of Public Health documented a decline of about 60 calories, on average, in new menu items in 2013, compared with calories in new menu items in 2012. This represents about a 12 percent drop in calories.

"It was not a surprise," says Sara Bleich, a health policy researcher at Johns Hopkins, who led the study.

Rules that require chain restaurants to post calories on their menus in cities such as New York and Washington, D.C., have led to more calorie consciousness. And a federal rule that will expand calorie-posting nationwide as part of the Affordable Care Act — a rule that is expected to be finalized by the end of this year — has likely led companies to tweak their menus.

But Bleich notes this interesting finding: Food chains are not cutting calories from their signature dishes. In other words, burger chains are not downsizing their burgers. Instead, the cuts seem to be coming from newer items, such as salads and drinks.

The analysis, appearing in the American Journal of Preventive Medicine, included more than 19,000 menu items served in 66 of the nation's largest restaurant chains. The survey looked at fast-food chains like McDonald's and Arby's; fast-casual outlets like Panera and Chipotle; and traditional full-service dining options — think Outback Steakhouse, IHOP or P.F. Chang's.

Of course, there are always value-oriented customers looking for quantity over health consciousness. And, certainly, there are still a lot of calorie bombs on restaurant menus.

For instance, there's the 820-calorie tiramisu dessert at Maggiano's, or the 1,300-calorie fried lasagna at Olive Garden. Restaurant menus offer plenty of examples of such "Xtreme eats," as documented by the Center for Science in the Public Interest each year.

Now, eating 60 fewer calories may not sound like much of a reduction, but Bleich argues that it could make a difference. She notes that it's an excess of fewer than 200 calories a day that contributes to obesity. So given the frequency with which many Americans eat out, Bleich says, shaving 60 calories off of restaurant meals could lead to significant change over time.