Accessibility links
Do We Need A New 'Environmental Impact' Label For Beef? : The Salt Labels like "organic" and "grass-fed" don't capture the beef industry's true environmental impact, researchers say. Why not have a label that assesses water use, land use and greenhouse gas emissions? 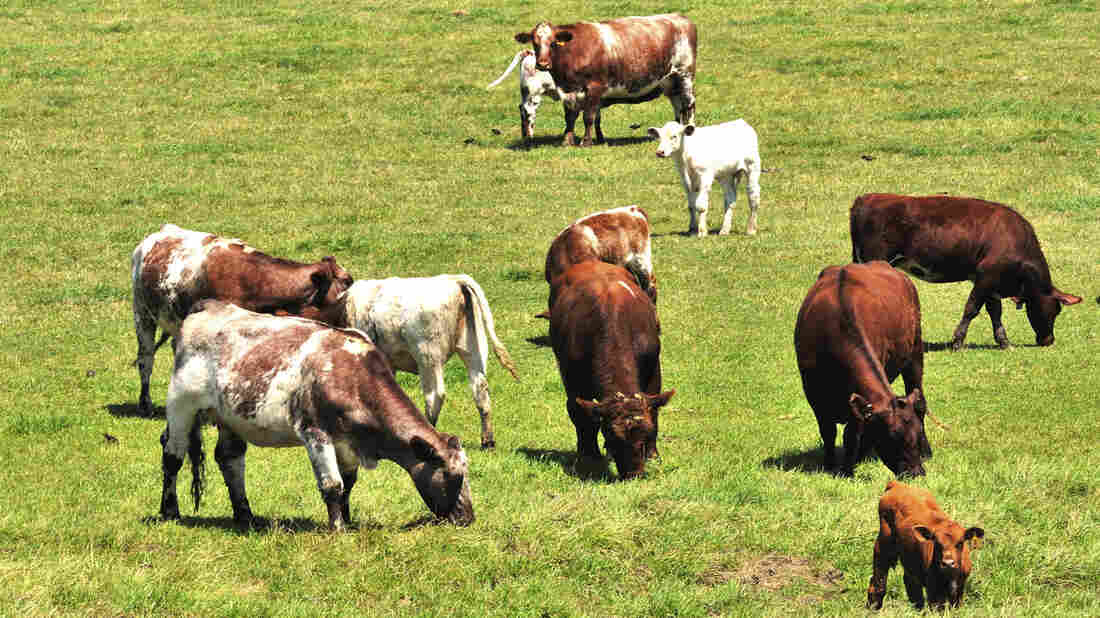 Researchers say there's plenty the beef industry can do to use less land and water and emit fewer greenhouse gas emissions. But producers may need to charge a premium to make those changes. iStockphoto.com hide caption 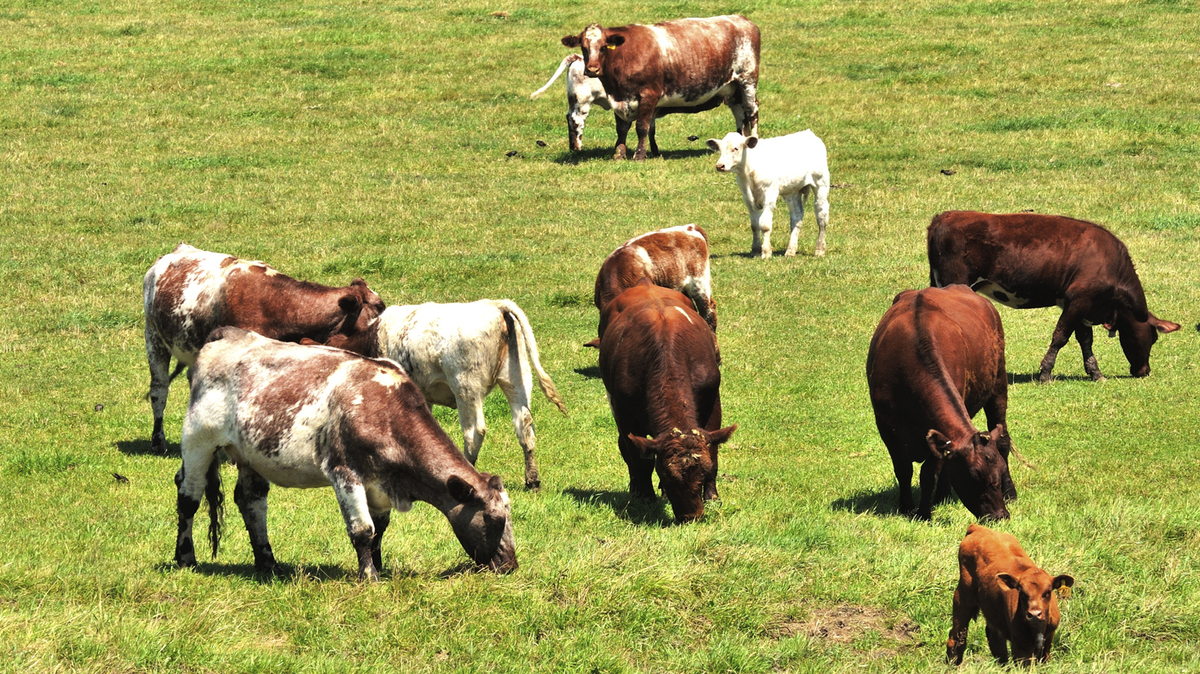 Researchers say there's plenty the beef industry can do to use less land and water and emit fewer greenhouse gas emissions. But producers may need to charge a premium to make those changes.

If you've got decisions to make at the meat counter (or at a burger joint) and want to do right by the environment, you have a couple of options.

You could skip the beef entirely, which is what some environmental groups say you should do. Or you could go for meat with a "grass-fed" or "organic" label.

But a handful of researchers allied with the meat industry say that that those labels don't actually tell you much about how a producer is raising animals, nor are they really representative of the best environmental practices in the industry.

Jude Capper, an animal sciences researcher-turned-consultant, has written that "niche production systems" like grass-fed or organic aren't nearly as efficient as conventional, intensive systems. She says that's mainly because conventional producers now know how to get more meat out of fewer cows, which ultimately means using less water and land per pound of meat than smaller, niche producers.

That's a controversial point of view, of course. A lot of environmental (and animal welfare) advocates have railed against industrial beef production as dirty, resource-intensive and inhumane. It's a huge industry, and even if it's a lot more efficient than it used to be, its impact on the planet is still massive. Livestock producers have also lately been accused of ignoring pleas to better manage their waste and curb antibiotic use.

But since the beef industry isn't going to vaporize any time soon — the U.S. produced 26 billion pounds of beef in 2013 alone — there's a growing movement around the idea of "sustainable" industrial beef.

One promoter is a former student of Capper named Robin White, who's now a post-doctoral scholar with the National Animal Nutrition Program. In a new paper published this month in the journal Food Policy, White says there's plenty that the industry can do to use fewer resources like water.

For instance, she says, more farmers could adopt "precision grazing " — an approach to managing the land where cows and calves graze that takes into account the unique ecology of each site. And producers could focus more on genetic selection of animals that make the same amount of meat with less food and water, she says.

But all these measures cost money. And White, who wrote the paper as part of her doctoral research in the department of animal sciences at Washington State University with WSU economist Mike Brady, says producers will need incentives to make those kinds of eco-friendly investments.

That's where labels come in — except not the ones we currently have.

"Labels currently available to consumers ... can be misleading, as information available about the management associated with those labels can be difficult to find and is often incomplete," White tells The Salt. "We need logical, clear labels that resonate with consumers while incentivizing the adoption of management practices that improve environmental impact."

Food Giants Want 'Sustainable' Beef. But What Does That Mean?

After crunching the data with economic models, White and Brady found that consumers would likely pay as much as 10 percent more for beef products with an environmental label that emphasized water conservation. And that premium would allow producers to make changes that would bring about huge water savings in livestock production — some 76 to 129 billion gallons of water annually, they estimate.

While the paper focused just on water, White says that the only way an environmental impact label would really work would be to include land use and greenhouse gas emissions, too. All three are critical factors in how the industry affects the environment, she argues.

So who might actually create and manage such a label? One possible candidate is the Global Roundtable for Sustainable Beef, says White. It's a group that includes some the biggest names in the beef industry, as well as some environmental groups.

Earlier this year, NPR's Dan Charles reported that McDonald's, which is part of the roundtable, said it would start buying "verified sustainable" beef in 2016.

But nailing down these definitions of how to measure sustainability in beef production is going to take years, probably even decades. Whether a cattleman is responsibly managing his land depends how you perceive a host of variables, like soil health, erosion and where the water is coming from. (And what if you're feeding cattle with corn grown with water from a rapidly disappearing aquifer? How do you account for that?)

Still, White is optimistic that an environmental impact label is something that could eventually be embraced by most producers and consumers.

"If this type of labeling is going to make a real difference, it needs to obtain market share," she says. "It can't be a niche product — like grass-fed or organic beef — that reaches only 10 percent of the population, because then the environmental benefits would only apply to 10 percent of the beef produced, and that's not enough."